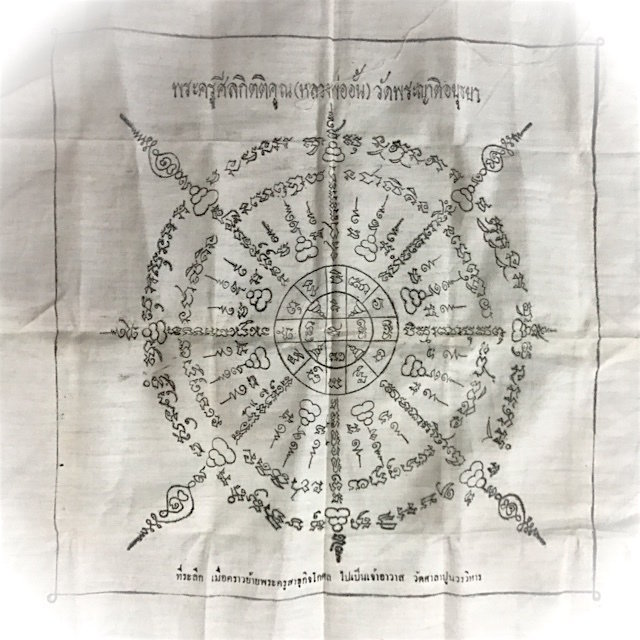 A very rare memorial edition Yantra Cloth from the Great Luang Por An of Wat Prayat, which was released in the year 2511 BE as a memorial of the occasion where Pra Kroo Sachugij Gosol was elected to become the Abbot of Wat Sala Poon, and this Pha Yant was blessed by Luang Por An and released for the ceremony to receive and elect the new Abbot of Wat Sala Poon (who was later succeeded by the great Luang Por Sawad). The Pha Yant is a composition of the Yant Maha Mongkol Paed Tidt with eight Ongk Pra Buddhas surrounding the Yant Maha Mongkol containing incantations of the Itipiso Hong Dton inscribed around the yantra, with a further eight Ongk Pra Buddha images on the outer rim, making this also a Yant Pra Putta Jaon Sip Hok Pra Ongk (16 Buddha Yantra). 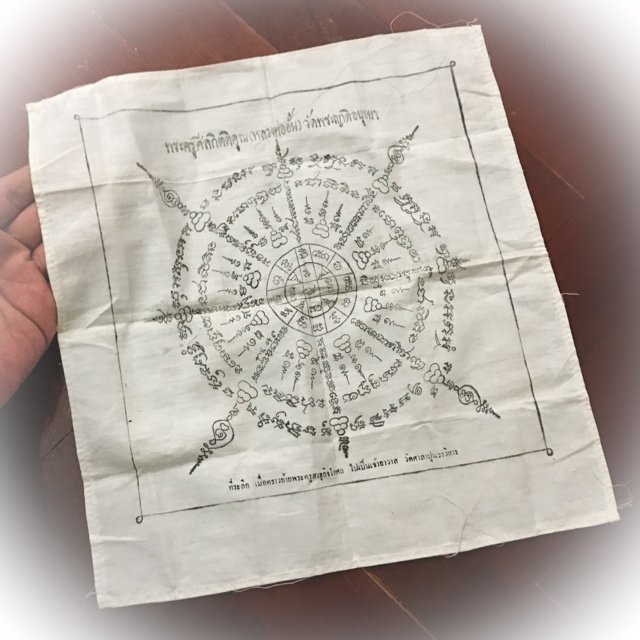 The Pha Yant is extremely rare, as it was a special version released in limited numbers and apart from the main edition, blessed by Luang Por An at Wat Prayat. The Pha Yant was given to Wat Sala Poon to distribute to commemorate the occasion and to be released in celebration of a new abbot of the temple. The Pha Yant is for auspicious blessings and protection in all eight directions of the Universe, with a seven layered crystal wall of Buddhas, Bodhisattvas, Deities, Dakinis and Savaka to envelop the wearer or the household it resides in within its protective and auspicious blessing attracting aura. 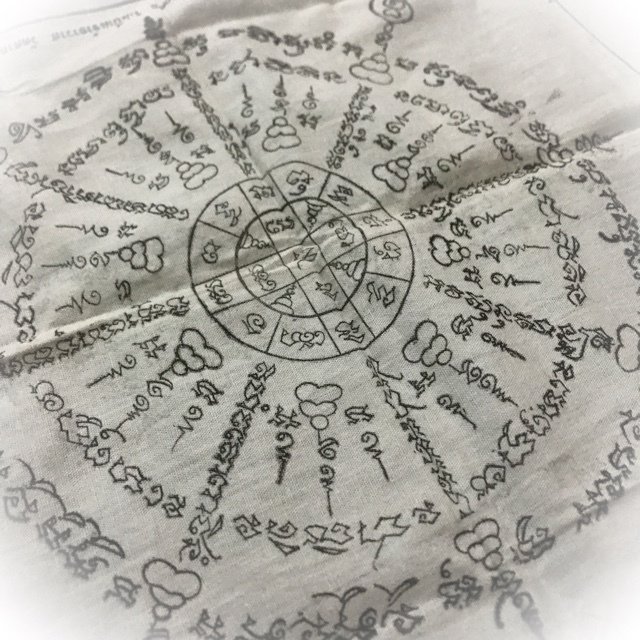 Luang Por An was born in the year 2435 BE, and ordained into the Sangha at Wat Prayatigaram on the 26th May 2456 BE, with the Great Luang Por Glan Tammachoti as his Ordaining Upachaya,Luang Por Chaay (Wat Dtong Pbu) as his Gammawajajarn prompting officer. The name of his Anusawanajarn witness is no longer recorded, but most devotees assume it to be Pra Ajarn Rod Widtuyo of Wat Ayotaya (also called Wat Gasankh), or a few historians believe his Anusawanajarn witness to have been Luang Por Lueang, of Wat Pradoo Song Tam. In the year 247ึ7 BE, Luang Por Glan passed away and Luang Por An became the next abbot of Wat Prayat. 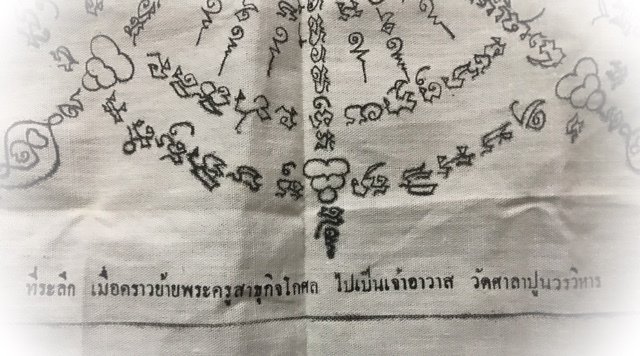 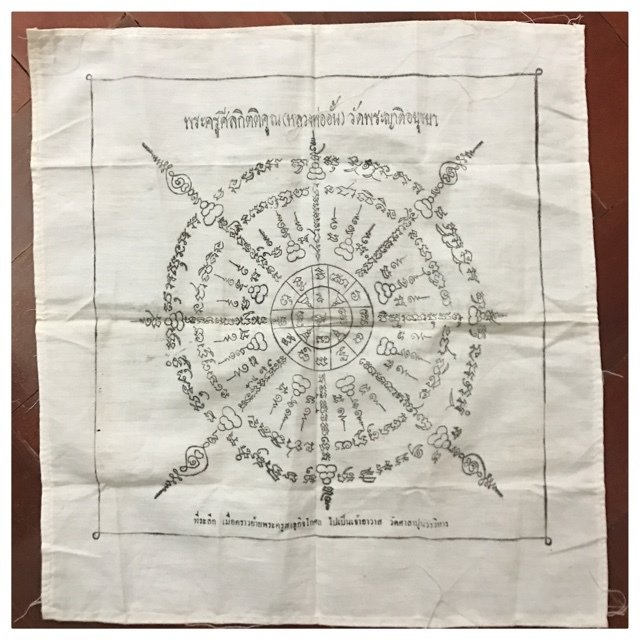 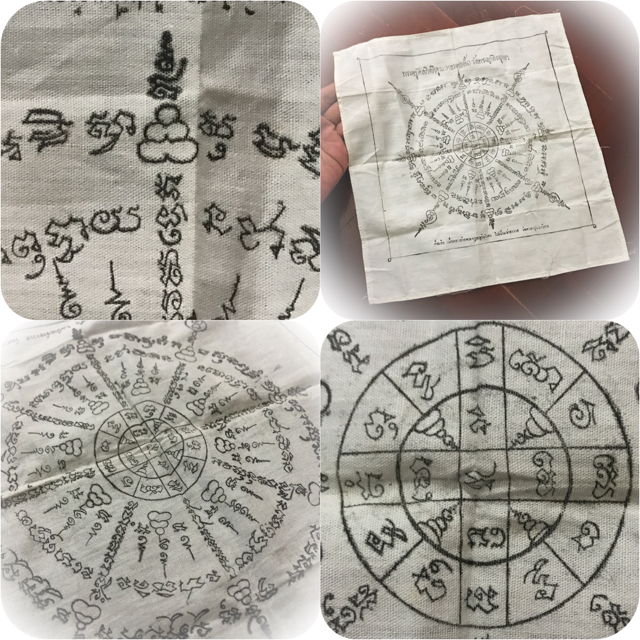