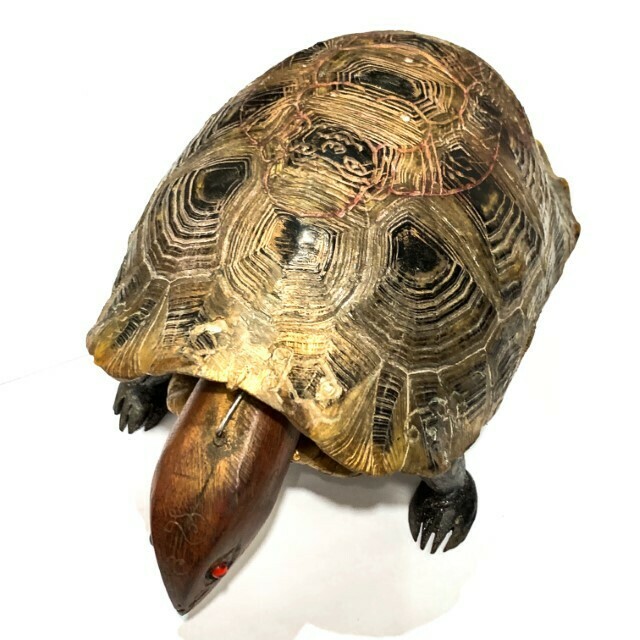 Hand Inscirbed 'Paya Tao Ruean' tortoise shell, with the Yant Pra Sangkajjai, and other Yant for Maha Lap, Kong Grapan, Gae Aathan and Metta inscribed on the surface of the shell, & Mai Khanun Sacred Treewood Head, attached with wire hook (swings from side to side), with Met Galam Bean Eyes. 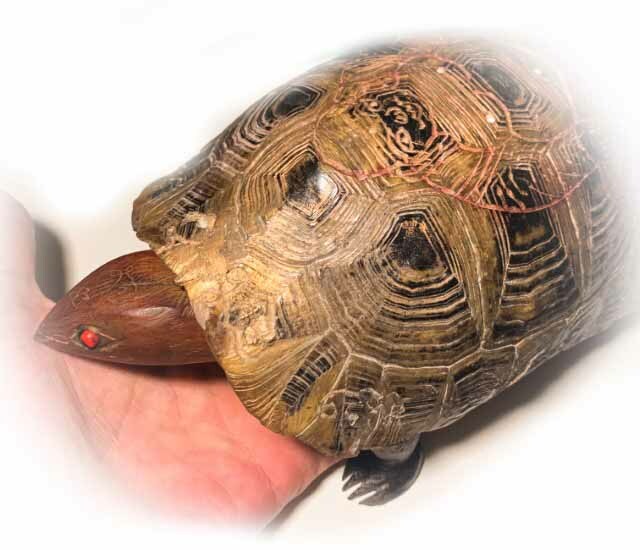 Below; Yant Pra Sangkajjai inscribed upon the back of the shell 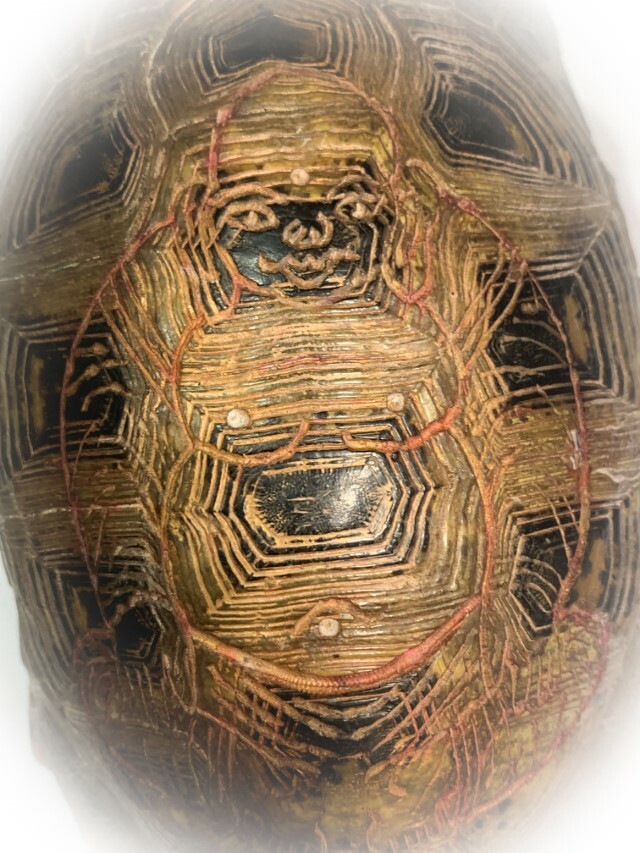 This Paya Tao Ruean is an exhibit of Luang Por Pina, that is such a rarity, that it can hardly ever be expected to be seen in the present day, being such an individual item, obviously not part of any edition with numerous numbers. 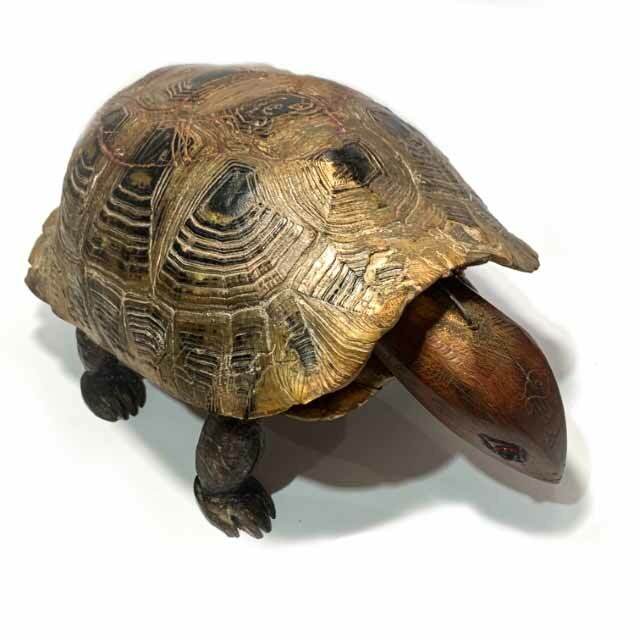 Free EMS Express Airmail registered Shipping Worldwide is included with this amulet. The head of the tortoise is made from hand carved sacred wood, with Met Maglam Seed eyes, and hand inscriptions, and has a wire hook on it to insert into the shell, as a moving head that swings left and right.

It is most obviously unnecessary to state just how extremely difficult it is, to find one of these 'Krueang Rang' Occult Charms from Luang Por Pina in any circumstances, but to find such an individual Bucha item, with such beautiful inscriptions and carving, is especially lucky to encounter. 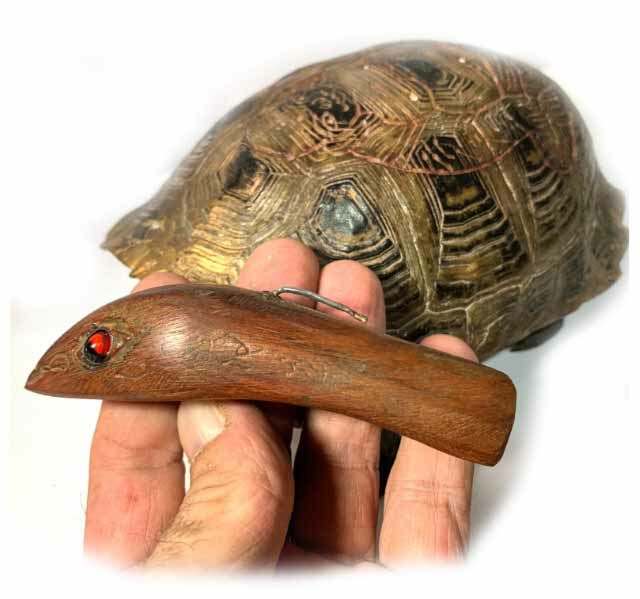 Wicha Paya Tao Ruean Turtle Magic has of course, the special magical quality of generating long life. All achievements will come steadily, if perhaps not rapidly but surely and secure growth will be certain. The Wicha Tao Ruean, is a very special Wicha, for it represents the Lord Buddha in one of his past lifetimes, as he was born as a Turtle. 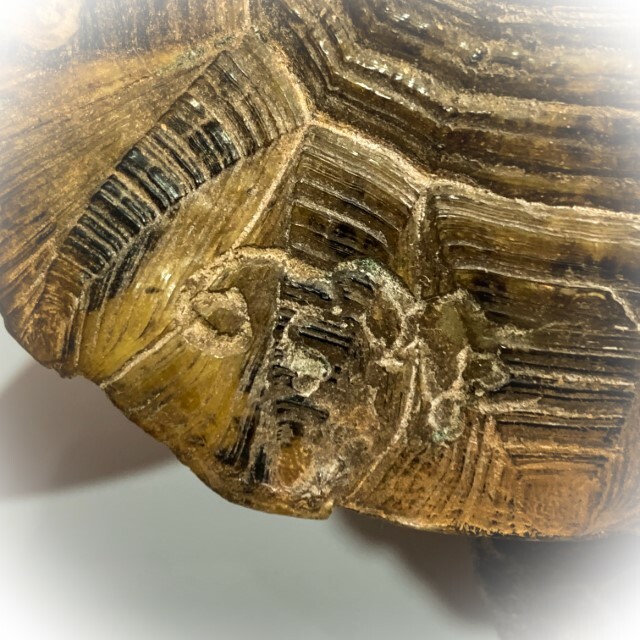 It is recounted in the 'Ha Roi Chati' (500 Lives of Buddha) story. The Buddha was alive as a turtle, who lived on a desert island on top of a mountain, practicing purity and morality. The turtle grew so large to be as big as the size of a house over the years. One day some sailors were shipwrecked on his island, and began to starve. They tried to eat the Areca nuts, which are of course inedible, and then when one of them died, they trussed the dead man up and roasted him to eat his flesh for survival. 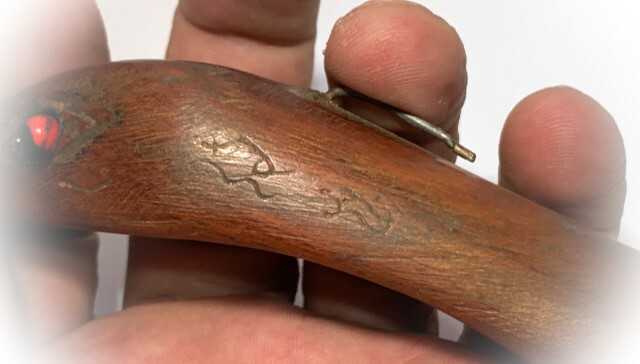 But this did not feed them for long, and they began to starve again. As time passed and they got desperate and looked like they were going to begin killing each other and turn cannibal, the turtle looked down from the mountain and was filled with mercy. He thought 'I do not have anything to give these poop humans to eat, except for my own body. May i donate my large body and its meat for these humans to survive, and may i attain Nibbana one day for this deed. 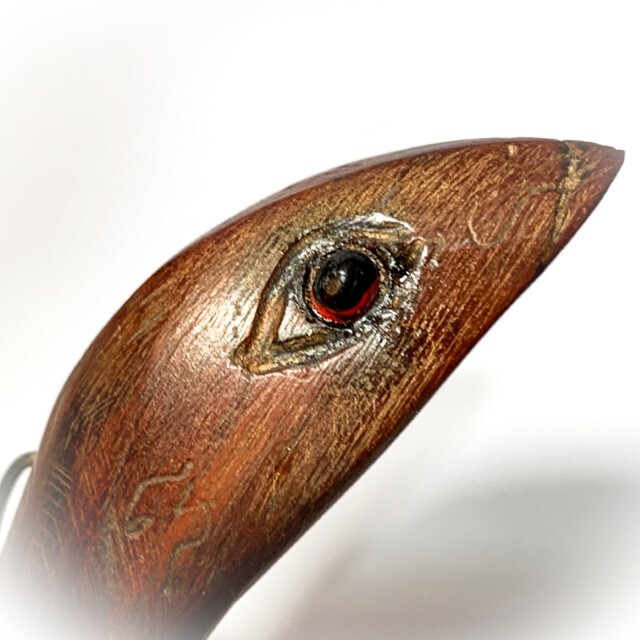 The turtle then threw itself off the cliff, and fell bouncing down hitting the walls of the cliff, breaking its shell open, to land dead at the foot of the mountain on the beach in front of the sailors. The sailors then celebrated and paid respects to the great Paya Tao Ruean Turtle for his Mercy and Self Sacrifice, and survived until they were rescued by a passing ship. When the people got safely back to port and came home, they began to fashion turtles from clay or metal or carved from wood and place as an object of reverence in their homes, to pay respect and as a memorial of the Paya Tao Ruean who saved their lives, and to remind them to practice compassion, and to keep them protected from Danger, and bring them Long Life.

The Tao Ruean Maha Pokasap Turtle Shell is in itself considered to be imbued with Natural magical Power for Long Life, and Prosperity. But when such a Magical object is further empowered with the Wicha Yant Paya Tao Ruean, then the power of Maha Lap Maha Pokasap becomes immensely amplified, through the invocations which call upon the Great World Turtle, with its great compassion. A Turtle Yant would give long life, protection as well as riches, because turtles live very long, have a hard shell for protection, and are considered lucky emblems. 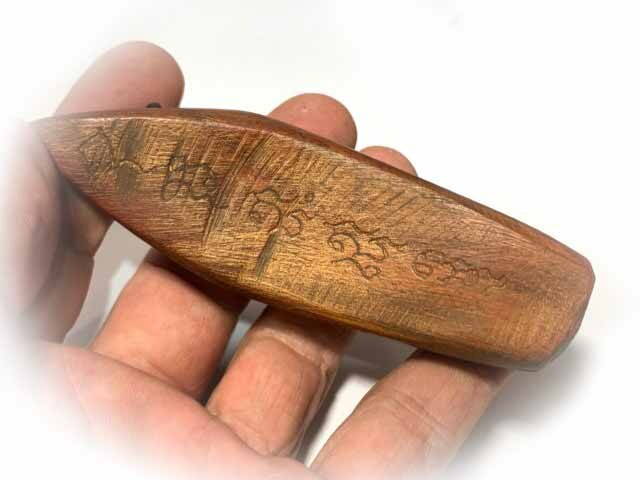 The amulet is Endowed with 'Gae Aathan' (ward off Black Magic and spirits), 'Choke Laap' (luck and fortune), 'Metta' (make those who approach friendly and helpful, buy your wares) and 'Serm Kwam Samrej' (increase your probablility of success and achievement). The Turtle is a Powerful Talisman for Long Life, Prosperity and Good Business, with Auspicious Causes for Success, Charm and Attraction power in all walks of Life. 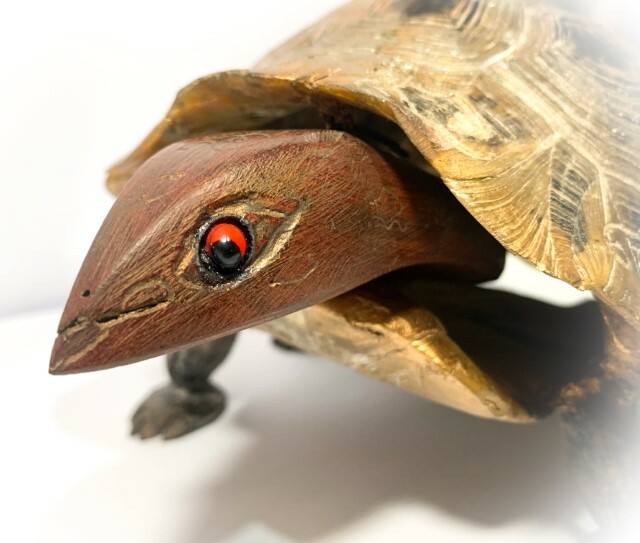 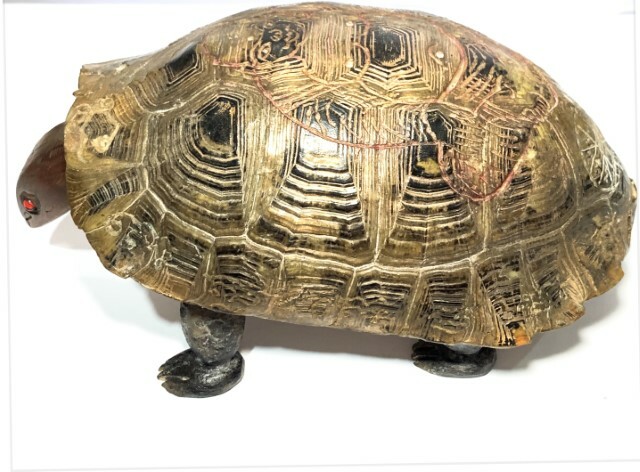 Below; Some of the grand plethora of amulets and talismanic charms of Luang Por Pina 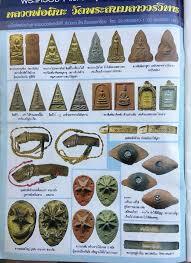 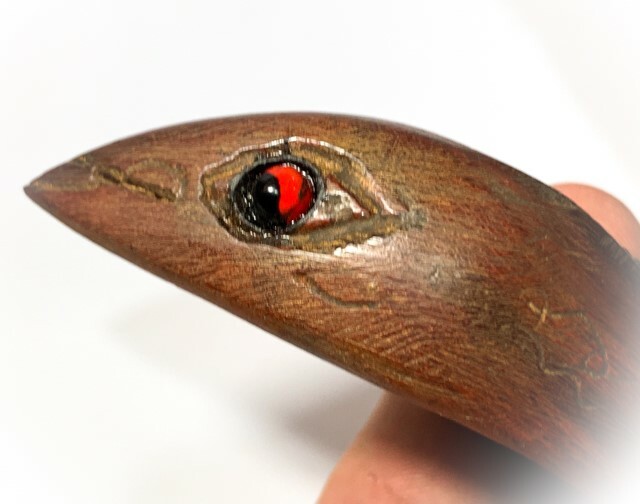 This amulet is a very recognizable and distinguished exhibit, with the clear to see presence of Luang Por Pina's Sorcerous Wicha. One can see the use of Enchantments Embedded with sacred Yantra and Inscriptions, each empowered with the corresponding Buddhist Kammathana Invocations aligned to their sequence of attributed meanings and powers of transformation, according to the Inscriptions known to be from the Wicha of Luang Por PIna

Below, The Inimitable and hihghly recognisable inscription of the Sacred Na of Luang Por Pina 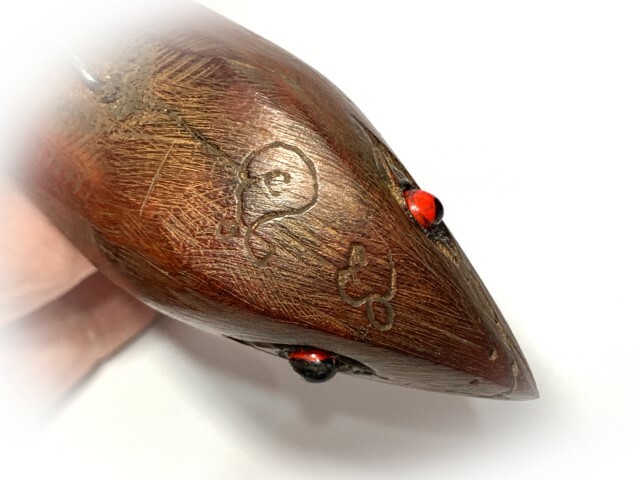 Below; Some of the grand plethora of lucky star, Kala Ta Diaw, Prai Deva and Yoni amulets and talismanic charms of Luang Por Pina 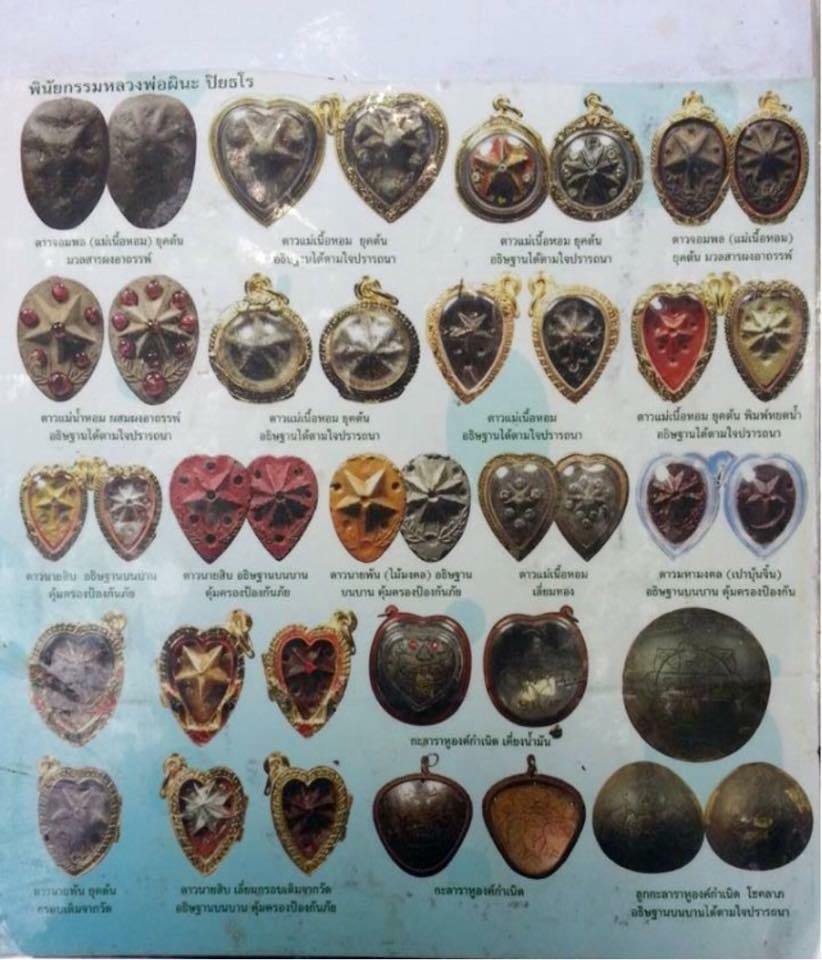 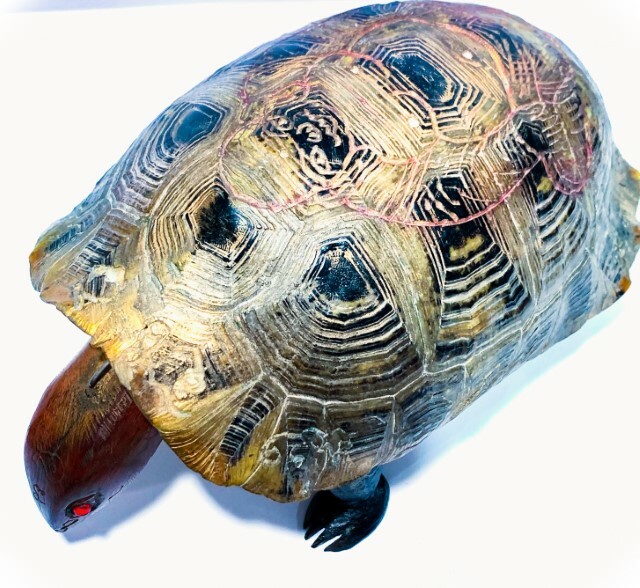 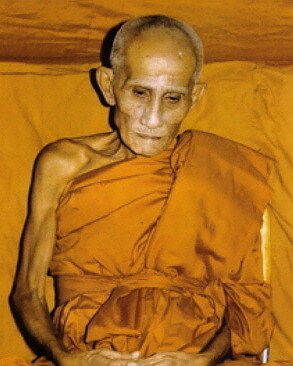 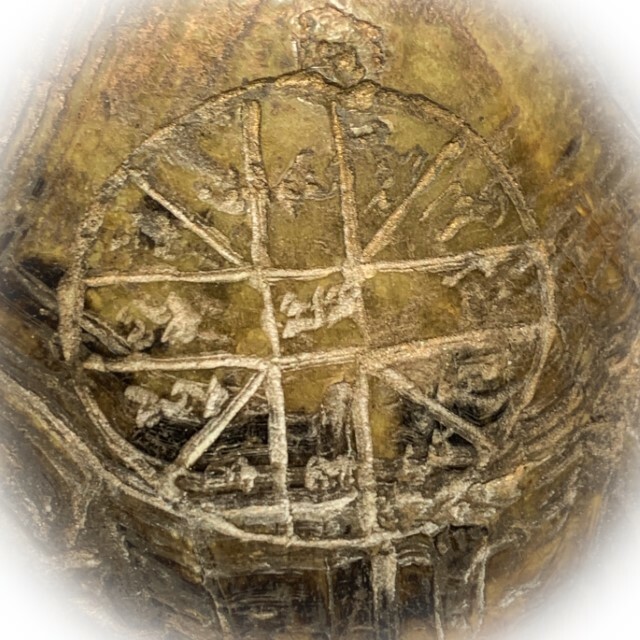 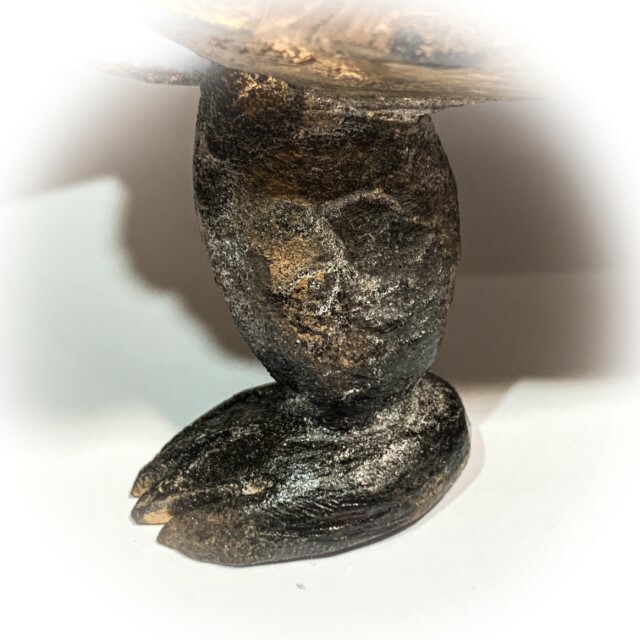 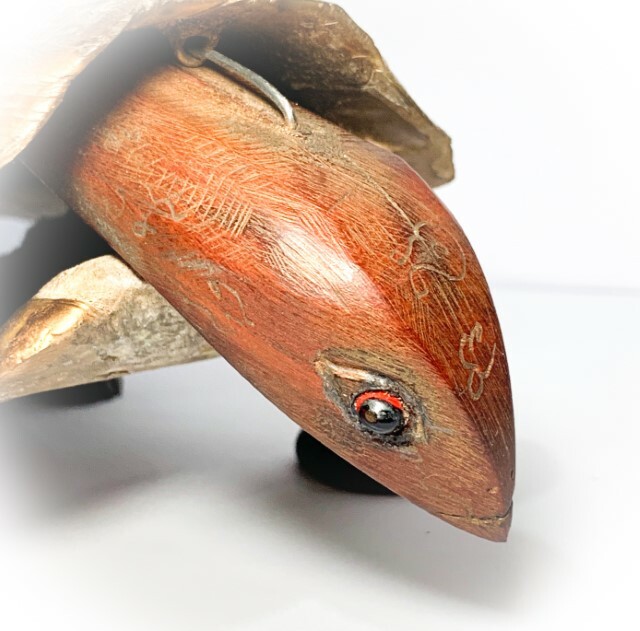 Luang Por Pina was most famous for his Palad Khik Hua Chamot, Sacred Powder two sided Buddha Amulets, and his Daw Nai Pan/mae Nuea Horm Lucky Star Amulets. His Daw Nai Pan is legendary and has a very deep meaning to it, which we recommend learning about; If you listen to the three quarter of an hour talk and explanation of the Sacred Daw Nai Pan, along with a short Biography of Luang Por Pina, recounted and narrated by Amulet Expert Ajarn Spencer Littlewood in the Podcast found below the next two pictures. 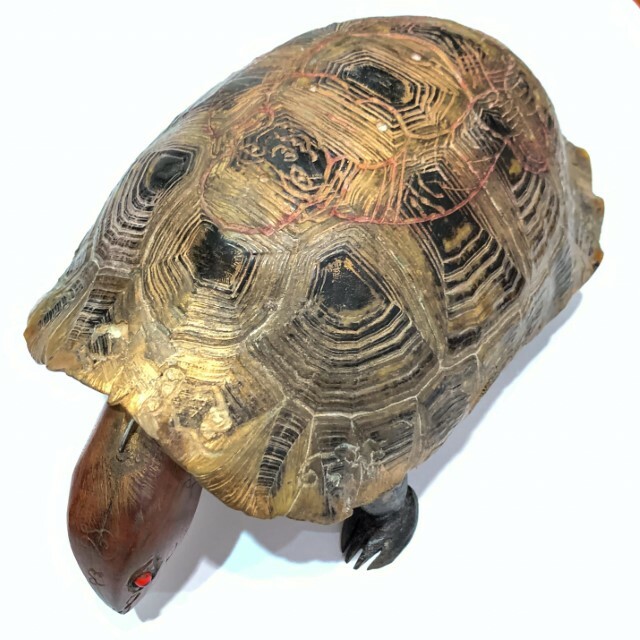 For indeed, in its highest level of Bucha, this amulet is a powerful tool not only to increase your Fortunes and Improve your karma in a worldly sense, but can be used as a contemplative focal point of self transformation and empowerment of manifest Buddhist Kammathana Meditative Practice. It points to the path towards enlightenment, and can assist you in walking the path, if this is your intention, and leads far above and beyond simple worldly desires. We invite you to listen to the podcast at the foot of this article, and be amazed at the depth of meanings within the Star Amulet. 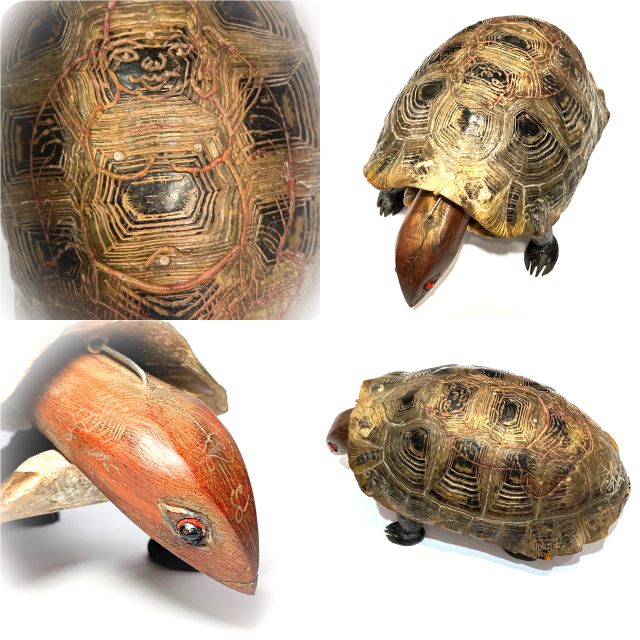