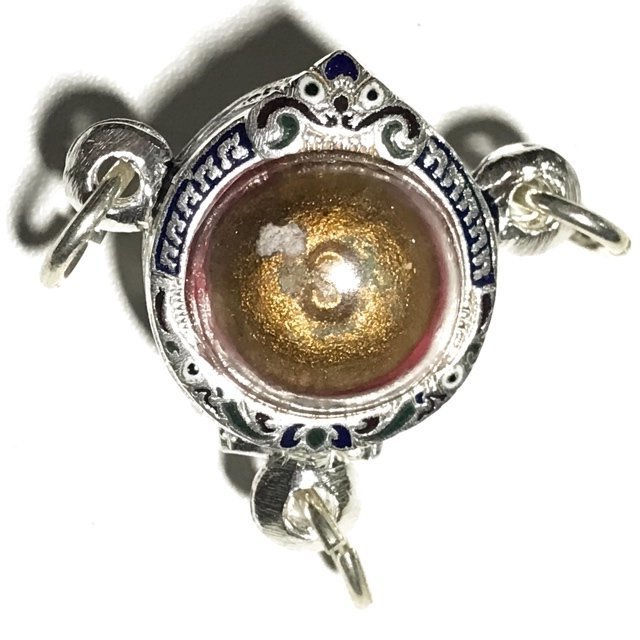 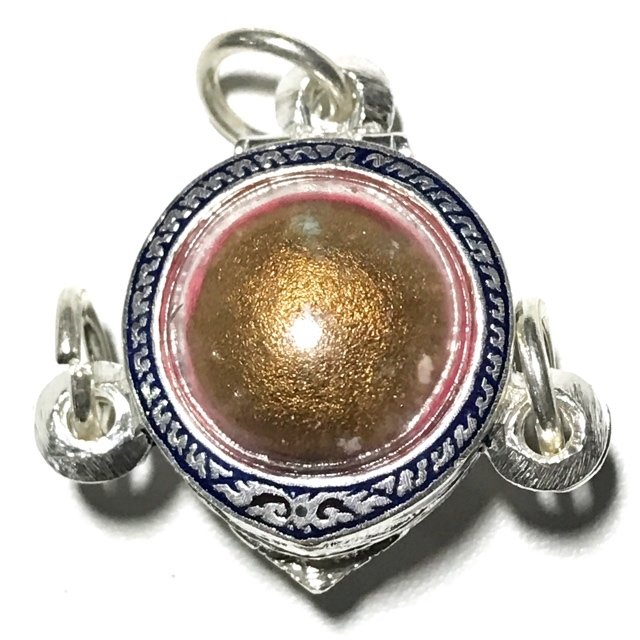 The silver frame casing has three pendant rings attached for aesthetic placement in a central position on a neck-chain, from which an amulet can be hung from the lower ring. This is an extremely aesthetic and auspicious way to wear the look om, and is often seen worn like this in conjunction with Luang Phu Tim's famous Pra Khun Phaen Pong Prai Kumarn amulet, as a set. We are happy to seek out and provide the right neck-chain in the case you wish us to (please ask in the order notes when purchasing if you wish us to arrange the proper neckchain for placement) 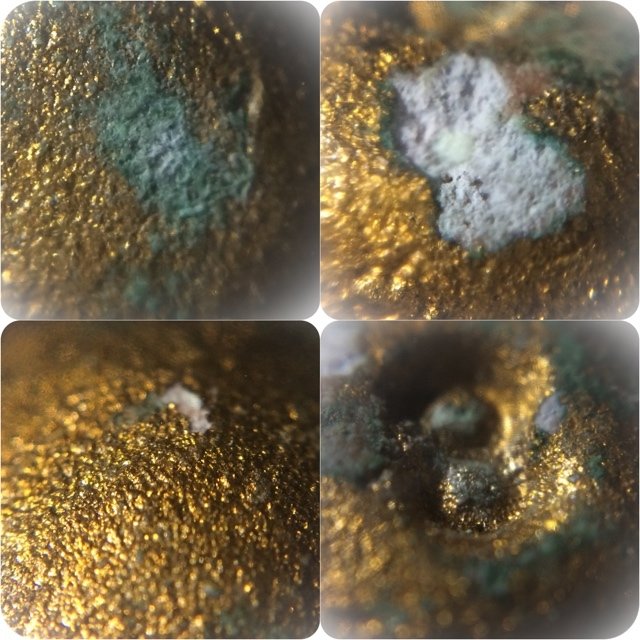 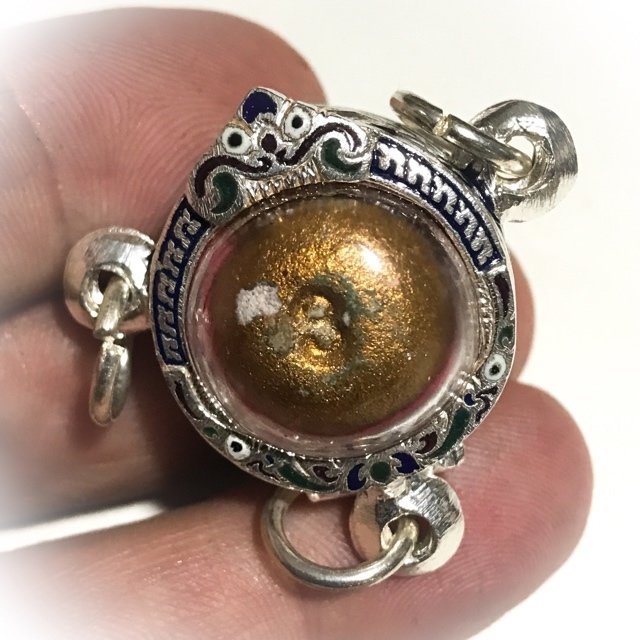 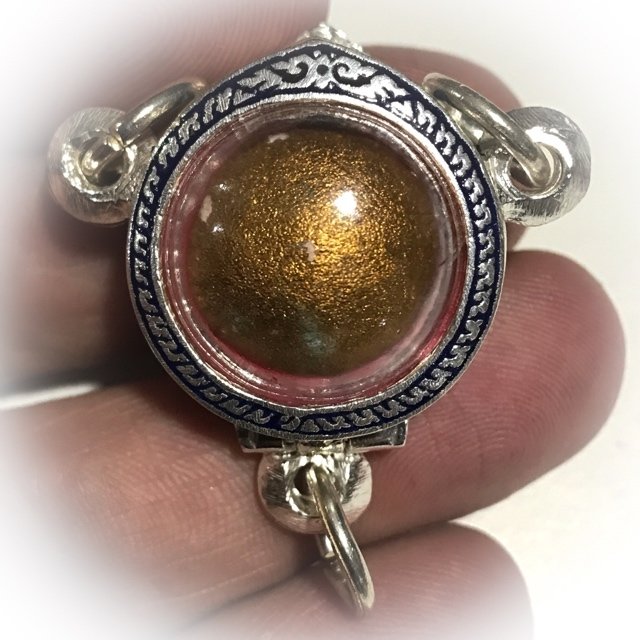 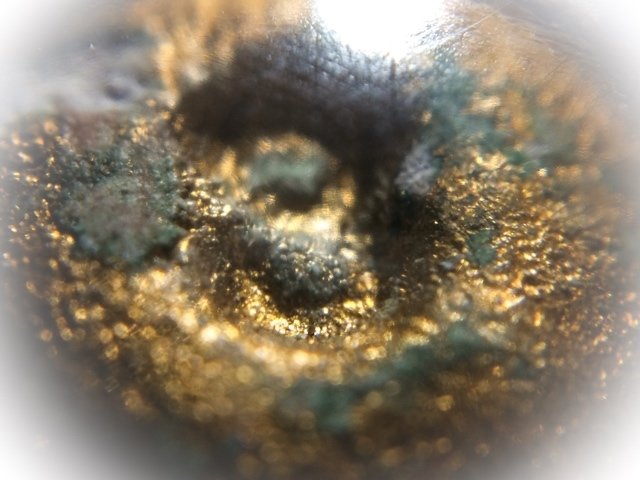 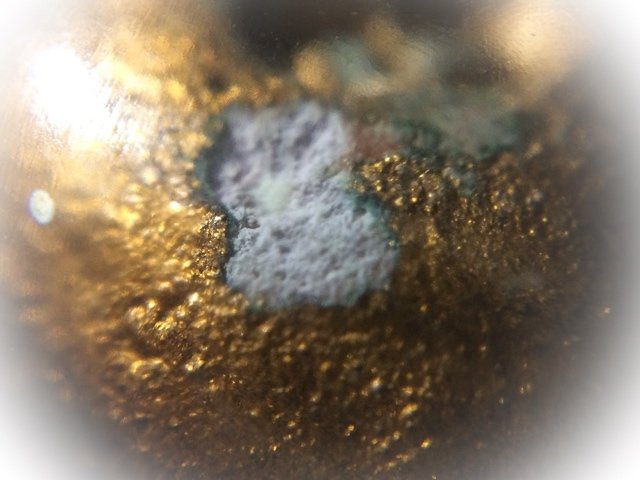 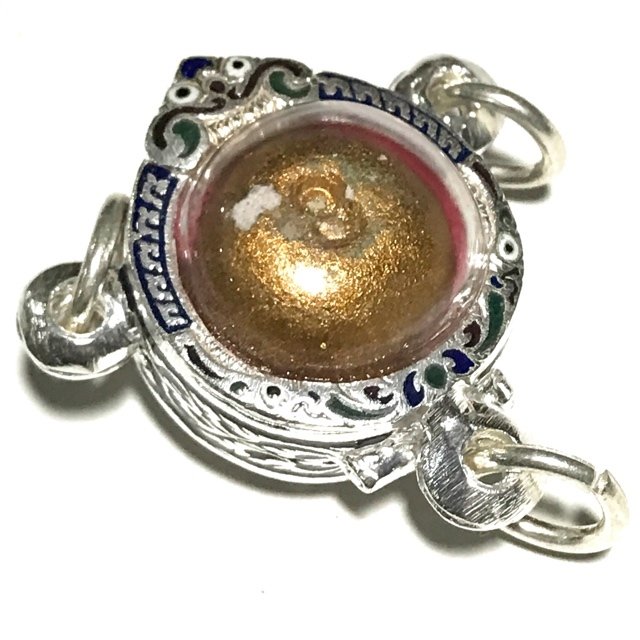 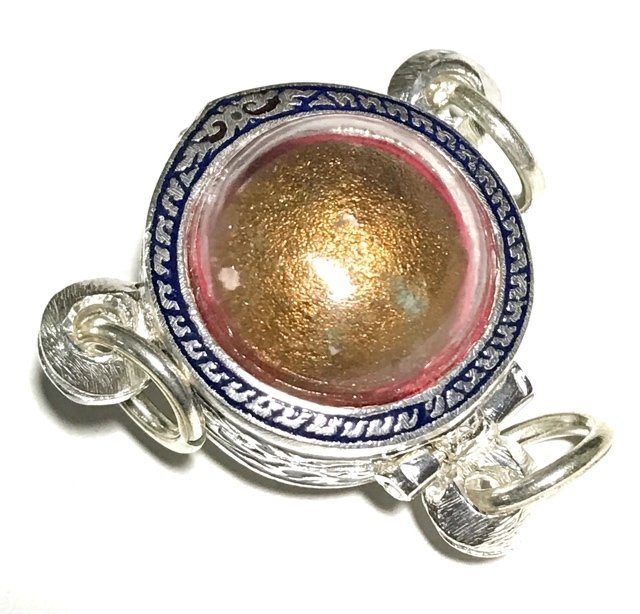 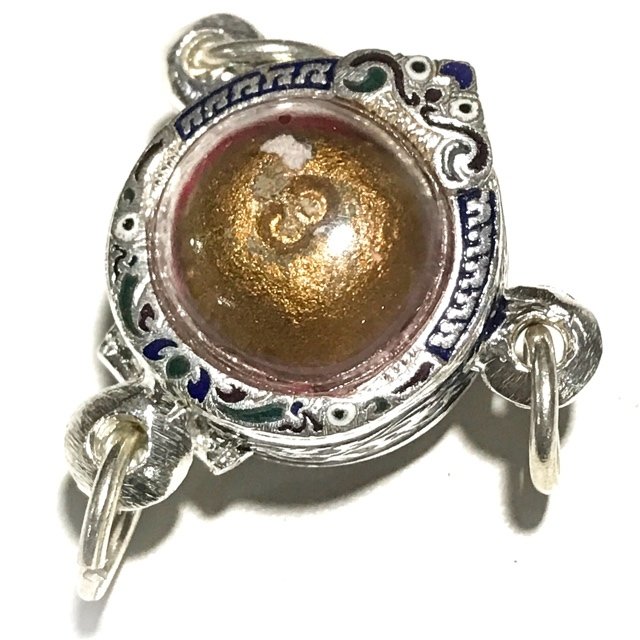 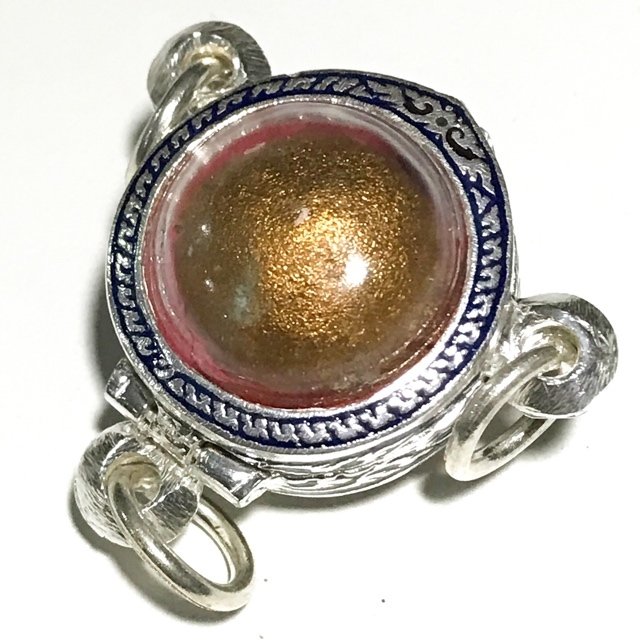 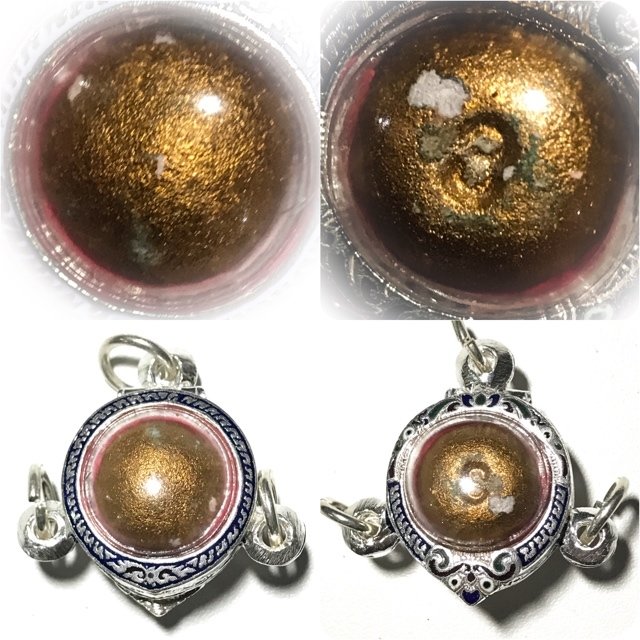