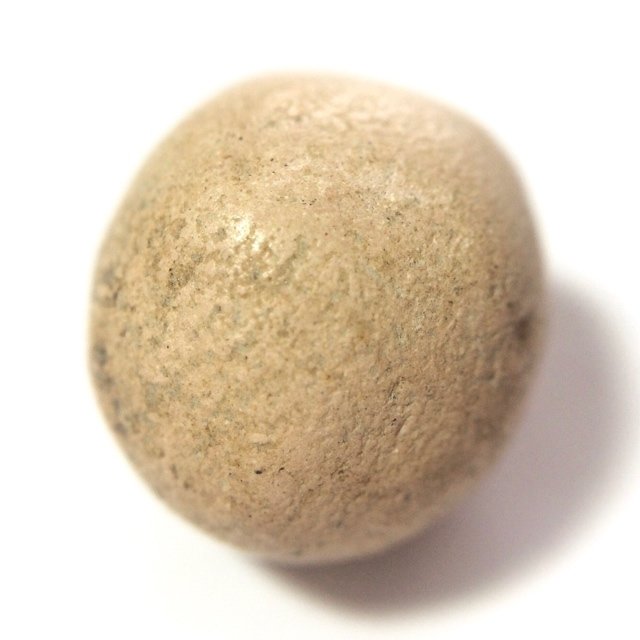 The Look Om of Luang Por Kongare famed amongst the top Look Om amulets of all Masters. They are found in white, black, gray, brown and pinkish colours, each of which have their points of recognition of the content of the Muan Sarn Sacred Powders in each respective color. 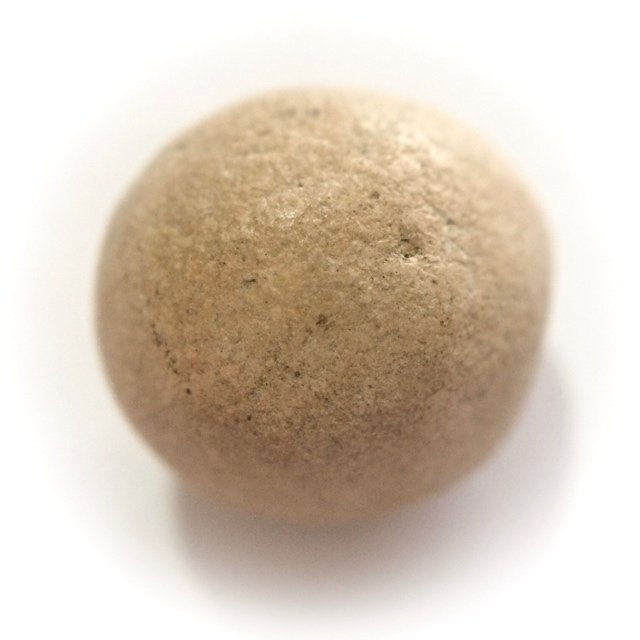 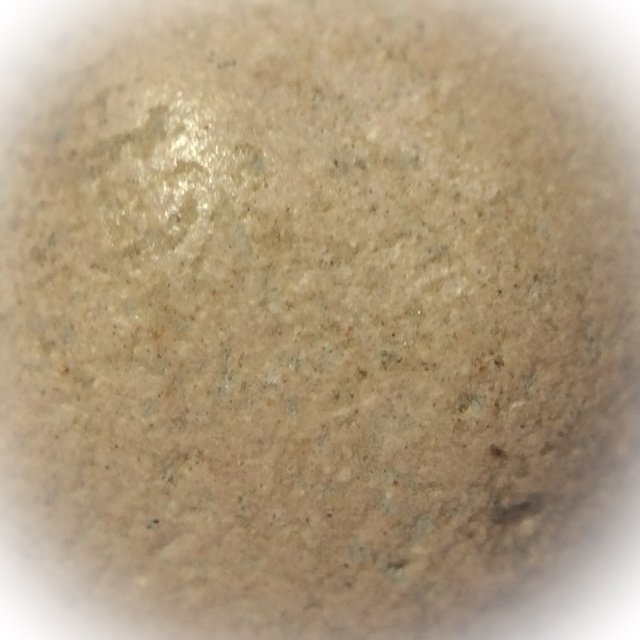 It is not every day that one can be lucky enough to encounter the Look Om Luang Por Kong, a Rare Classic Sacred Powder Wishing Ball from the World War Two Era, from a Gaeji Ajarn of Old whose Look Om carry the status of Niyom Category Benjapakee Top 5 Look Om, of Master-Class. This example is in Nuea Chompoo powders, with pinkish tints (comes from Nam Hmak areca-betel nut chewed by Luang Por), and has evidence of Pong Bailan Gao burned grimoire parchment soot (blackish toned spots within the Muan Sarn Sacred Powders). 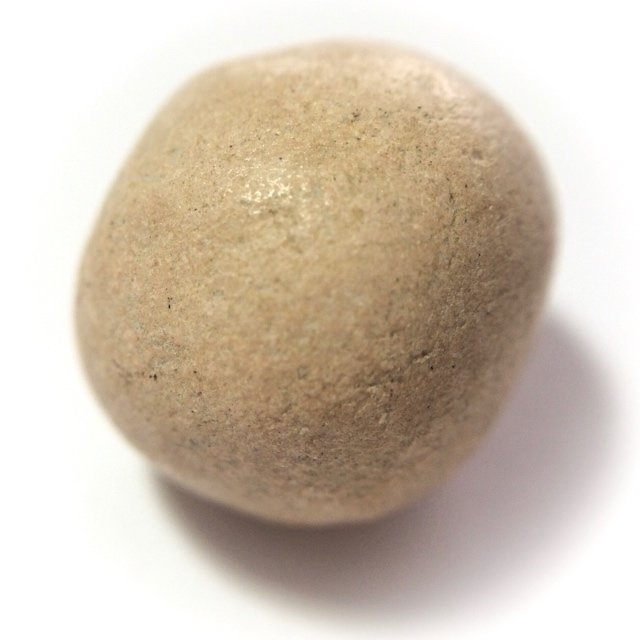 Luang Por Kong Wat Bang Gaporm is a name that devotees have been uttering for over a century now, and which is a name that resounds with fame for Patipata (Purity of Practice) as well as for Wityakom (Wicha Saiyasart Buddha Magic Sorcery).

Luang Por Kong was one of the abbots of Wat Bang Gaporm in Amphoe Ampawa in Samut Songkram, whose Rian Kanajarn Monk Coins are said to be the second most popular monk coins of that era, after Luang Por Gaew of Wat Puang Malai. 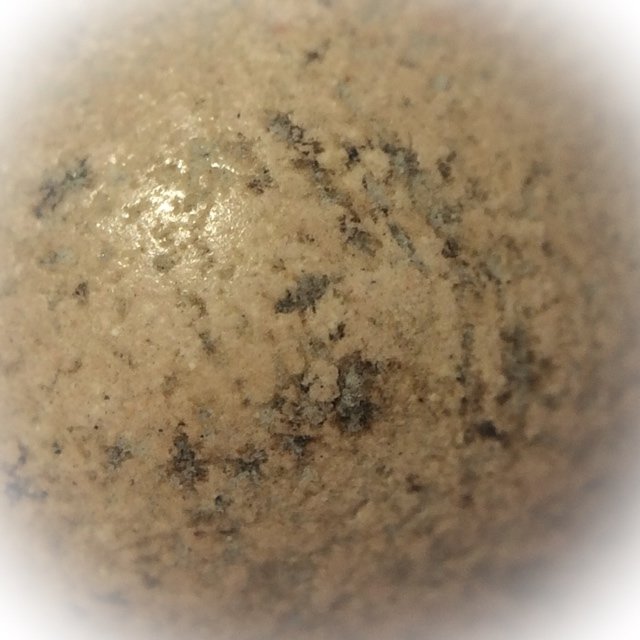 His Rian Tong Daeng holds fourth position in the most popular coins of all time of the Benjapakee Coin Amulet Family (Most Popular Monk Coins of the Five Main regions of Thailand). His famous Run Badtr Dtan 2486 BE coin in silver with Rachawadee enamels, is very famed for the number of persons who had miraculous events occur whilst wearing the amulet. 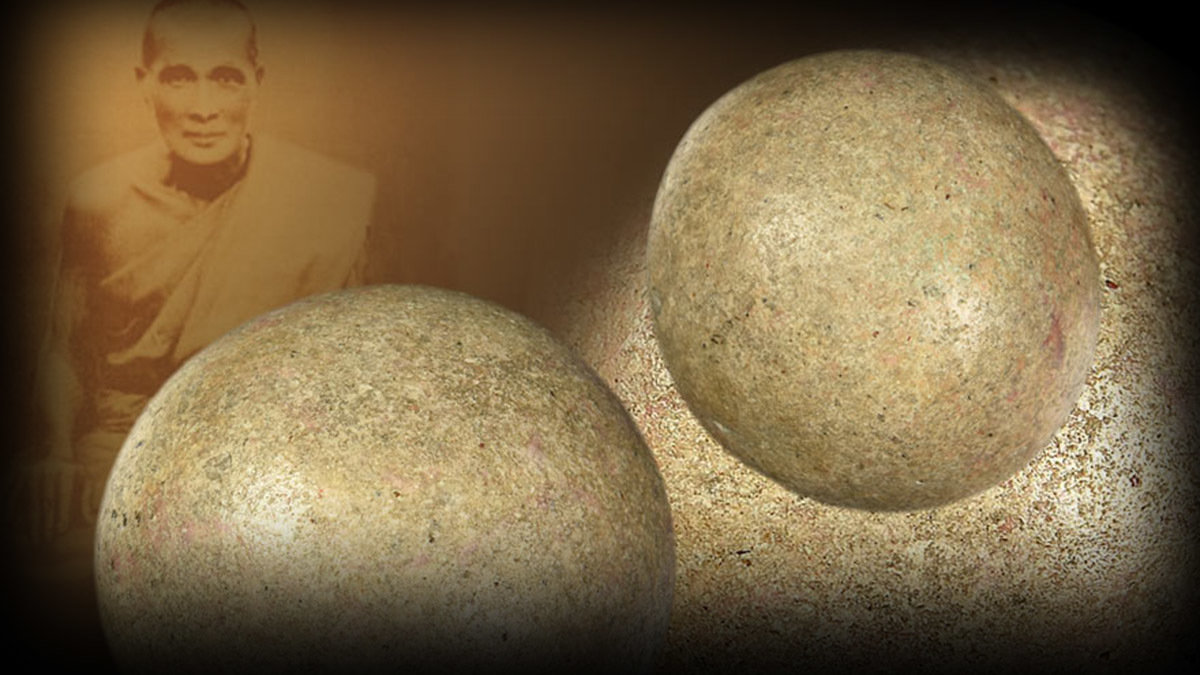 Luang Por Kong was Ordained into the Sangha in 2427 BE in the month of August with Pra Ajarn Duang as Upachaya Ordaining Officer, and Pra Ajarn Jui as his Gammawajajarn Prompting Officer and Ajarn Tim of Wat Mueang Mai as his Anusawanajarn Witness. Plus 25 Ordained Monks of the temple attended as witnesses. He was given the 'Chāyā' Monk's Name of 'Tammachōdtō', which means 'He who Advances in Dhamma' 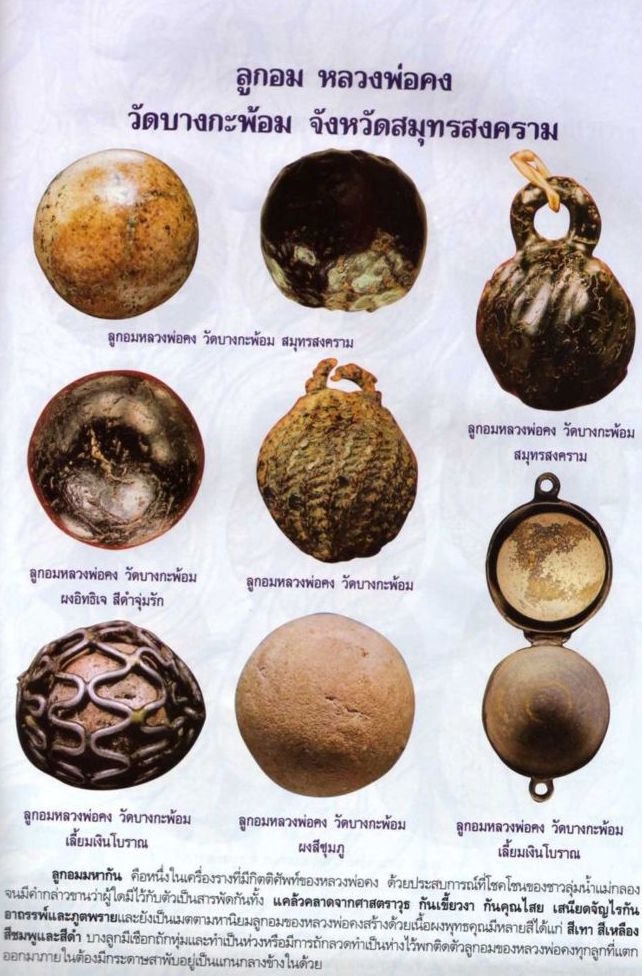 Once he had Ordained, Luang Por Kong began to study and master Pali Sanskrit Grammar, which he found himself to have a great affinity for. He spent 13 years studying and mastering the translation of many Kampira Grimoires with his Kroo Ba Ajarn, and developed immense ability and fluency in Khom Pali Sanskrit. He also took intense interest in the Wicha Prawaet Wityakom (Buddha Magic and Occult Sorcery). 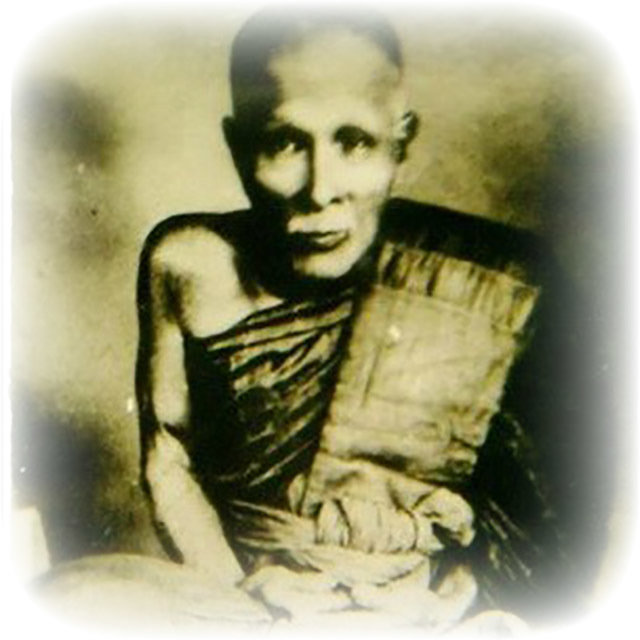 He began to practice Magic right from the very beginning of his ordination starting with Pra Ajarn Duang, his Upachaya, who taught him to master the Wicha Tam Pong Lob Sacred Yantra Powder making ritual method. Luang Por Kong continued to gather Wicha from Luang Por Dtard of Wat Ban Wan Tong, who was a Master Adept of the Wicha Na Bad Dtalord. It was said that Luang Por Dtard was able to blow a Yantra spell through the crown of the head of a devotee sat on a blackboard, and make the Yantra pass through, and appear on the blackboard the devotee was sitting on. 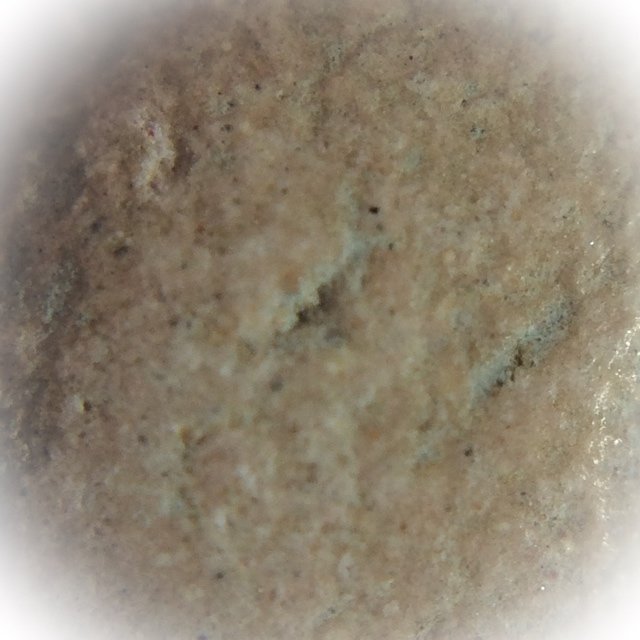 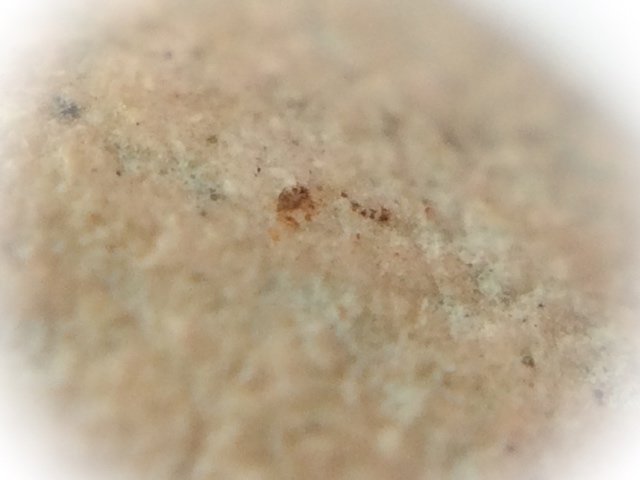 In his 21st Year of Ordination, the folk of the Municipality Invited Luang Por Kong to accept the position of Abbot of Wat Bang Gaporm, and perform the duty of caring for the temple and its development, and the faith of the devotees of the temple. Luang Por Kong built various edifices to improve the temple in his lifetime, as well as creating the Pra Pha Lelai Buddha statue, and perform many restorations within the temple enclave. His practice and teachings were a source of hope and inspiration to the local Thai Buddhist Folk, for he was always ready and willing to come to the aid of his congregation when asked for help. 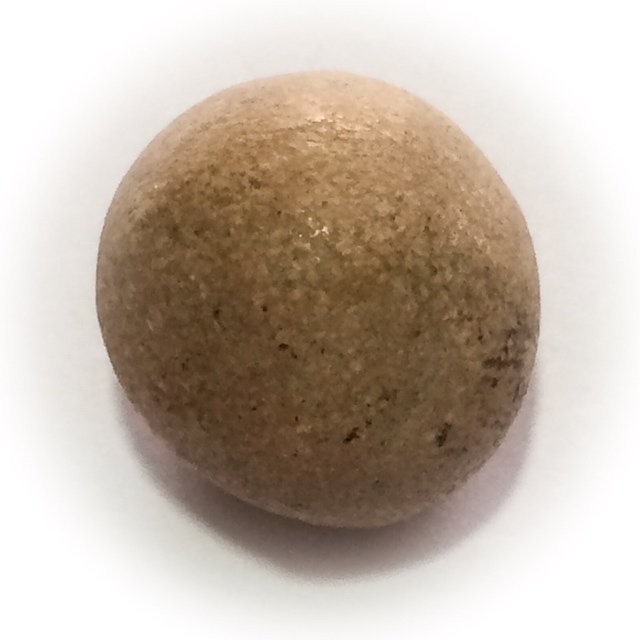 Luang Por Kong became ill in the end because he never stopped doing his endless duties, be it building Buddha statues, restoration works on temple buildings, creating and blessing amulets, and attending to the calls of the congregation. In the 4th Month of each year, he would take his Glod (Umbrella with Mosquito Net), and stay in the cemetery at the side of the temple. He would practice Tudong 13 there for a period of 1 Month each Year. He considered this a self purification practice after spending the whole year busy with the needs of the world, and a withdrawal from the world to reflect on his own practice. 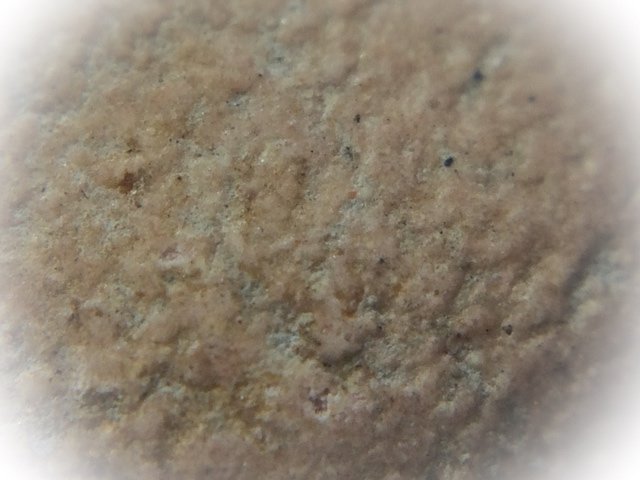 On the 6th February 2485 BE, Luang Por Kong was seated performing the chanting of the instalment of a Buddha-Rupa image of a local shop in the township, when, just as he had finished blessing the Topknot of the Buddha statue after opening the eyes of the Buddha, he became dizzy and fell to be caught by other Bhikkhus. He was able to regain his awareness and asked to be helped into the meditation posture, where he sat then and entered meditation, and passed away silently. 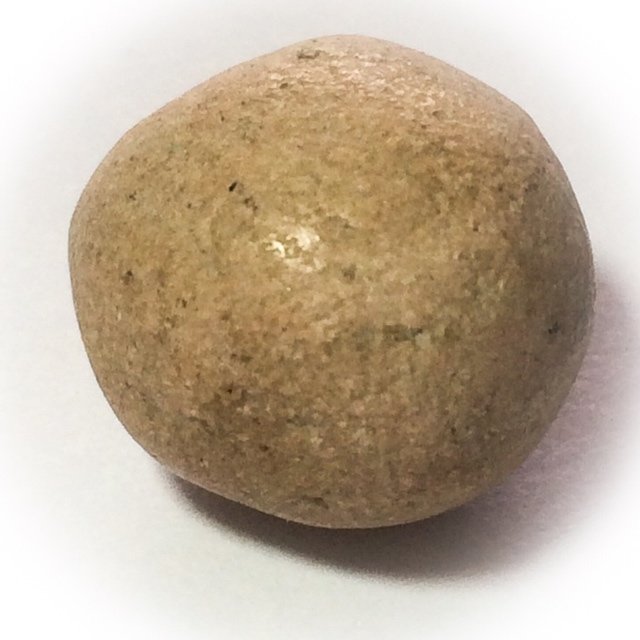 His devotees remained seated in silence for a long time before they realized he had passed away, and even longer before they could bring themselves to bring Luang Por Kong's body down from the shop premises. And so it was that Luang Por Kong passed away in Meditation after blessing a Buddha-Rupa, on 6th February 2485 BE, at age 78, after 58 years of Ordained Life. 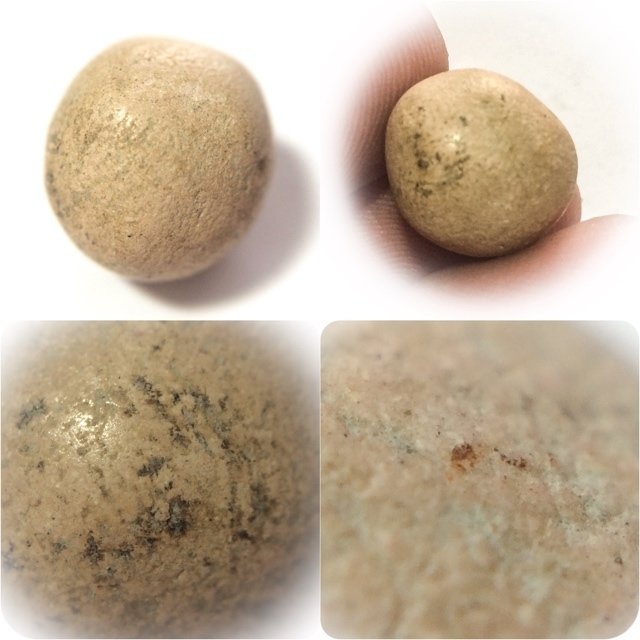