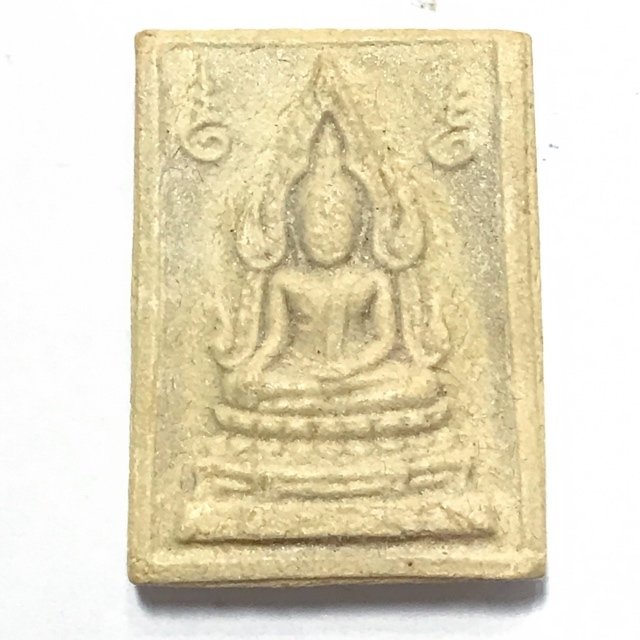 LP Ruesi Ling Dam was Master Gaeji Ajarn in his own Right and Standing, whose amulets have now become very rare, and have taken on a very high status, and have begun to approach the popularity of those of his Mentor, Luang Por Parn. Both Masters were famous for their Buddha riding animals amulets, and their Wicha Yant Grao Paetch Diamond Armor Yantra spell. 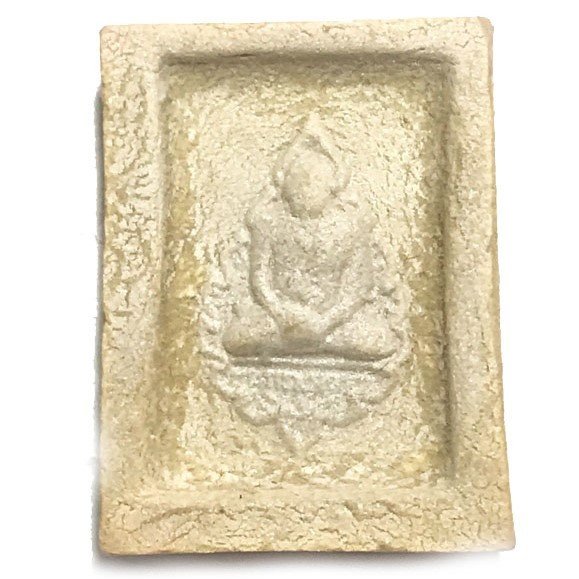 Below; This exhibit comes with original box from the temple, where we obtained these amulets first hand. Authenticity assured. 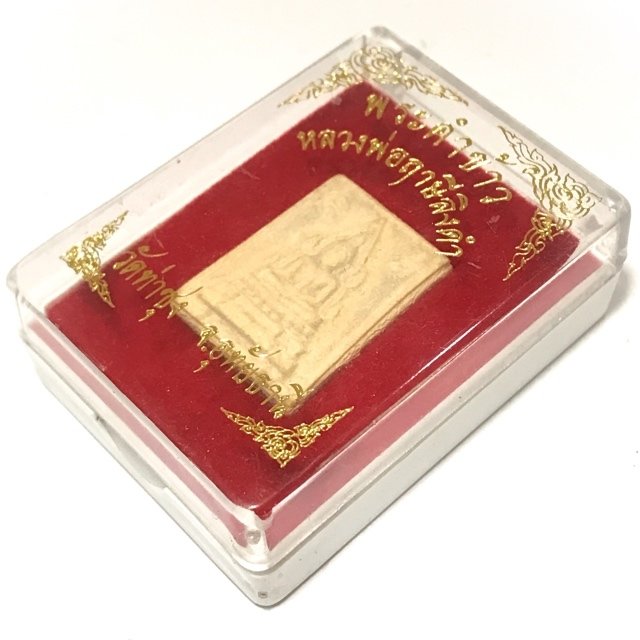 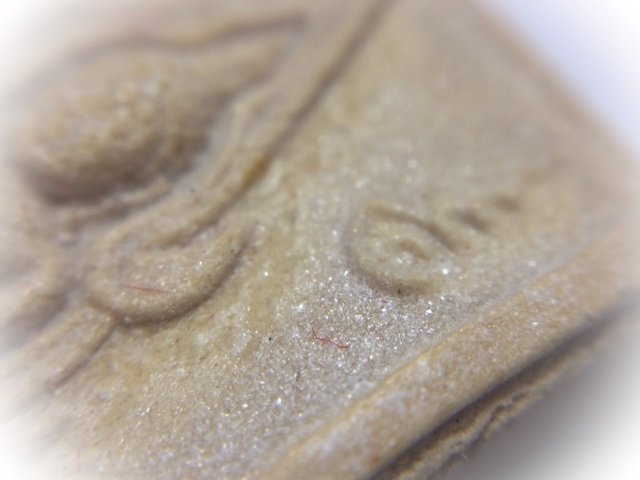 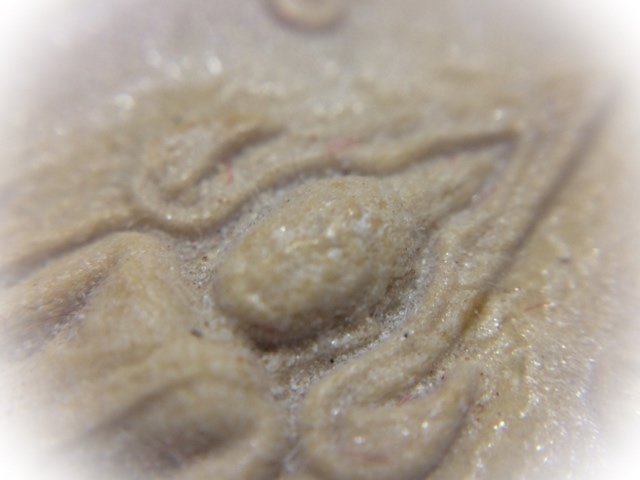 The Pong Puttakun (Sacred Powder) is visibly risen to the Surface and recognizably Authentic. 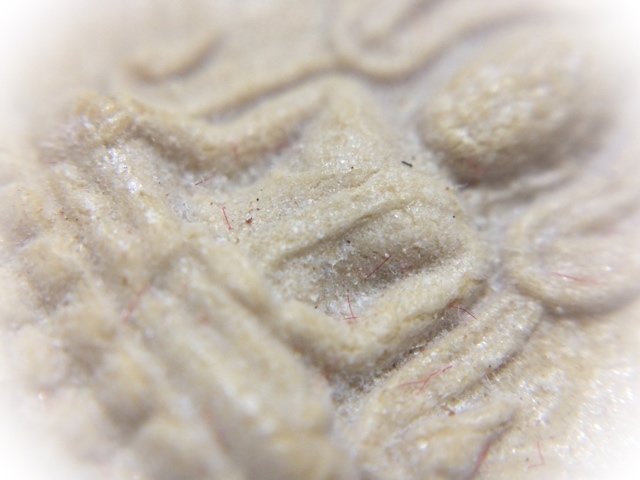 The 2533 Edition is known as the 'Run Sorng' (second edition). The amulet can be encased in solid gold casing if desired (at extra cost) - see below example to visualise how it would look. 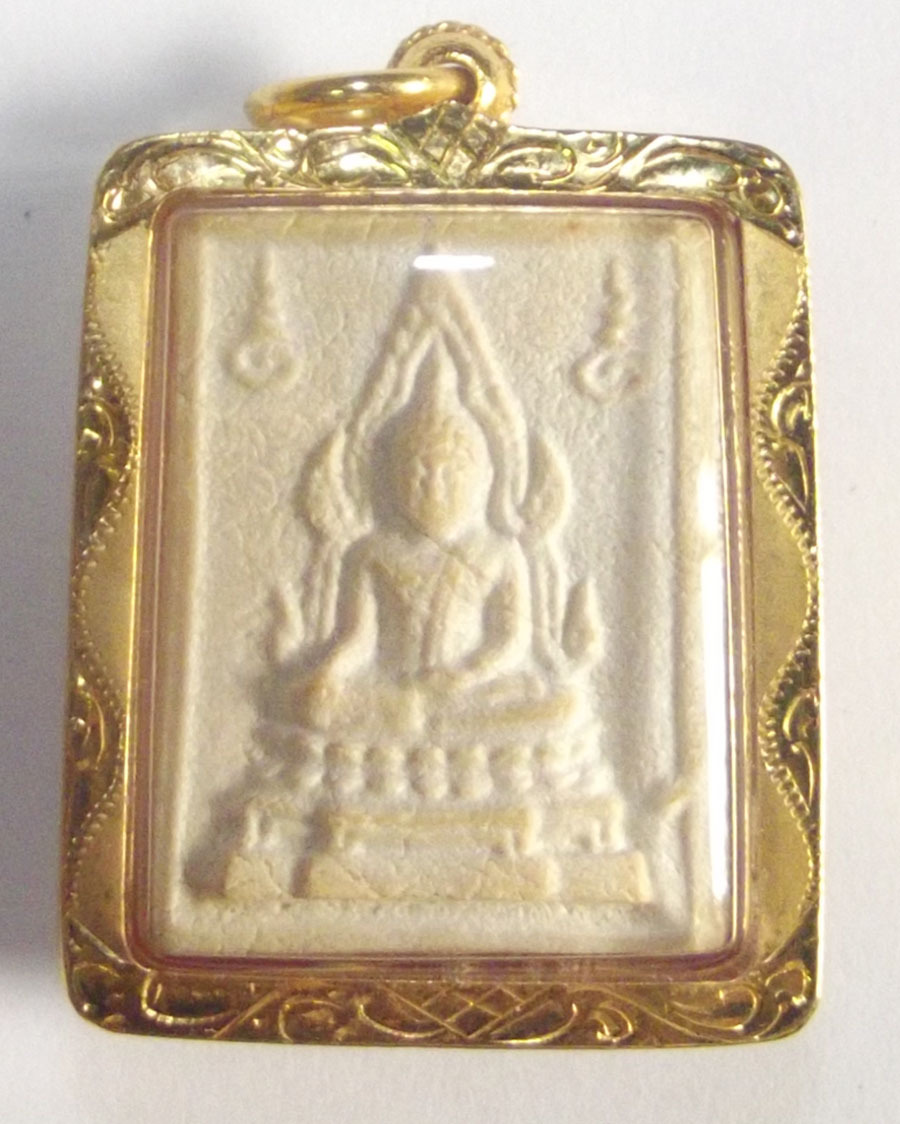 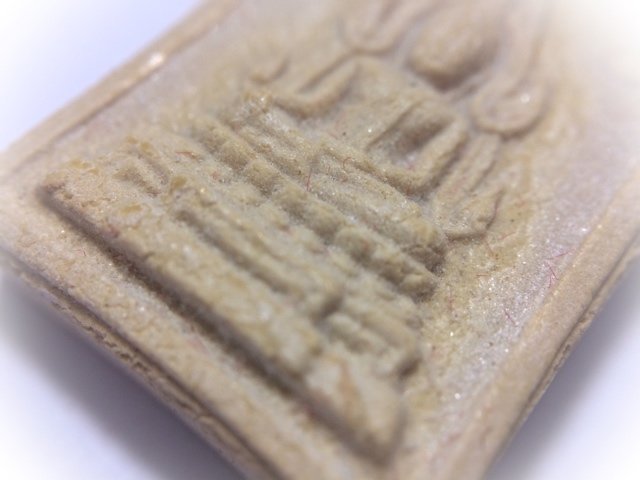 Luang Por tried it out for 4 months constantly keeping and empowering the dried rice wherever he travelled. Even if he would come to Wat ta Sung, he would have to keep the first handful of the meals and store the Muaan sarn, because the Wicha only works if the rice is kept for a period of 3 months of daily collection. 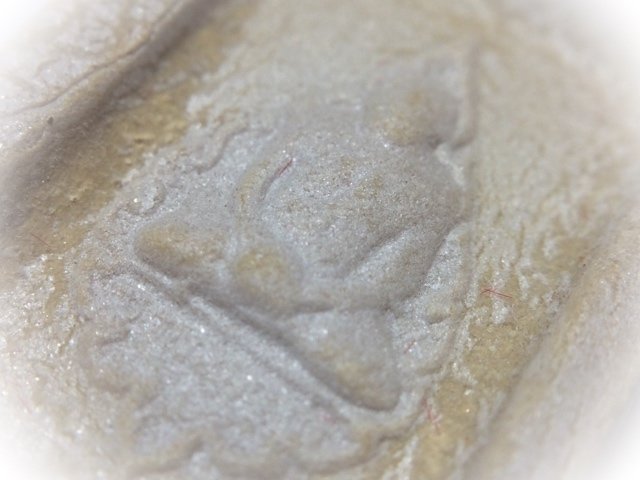 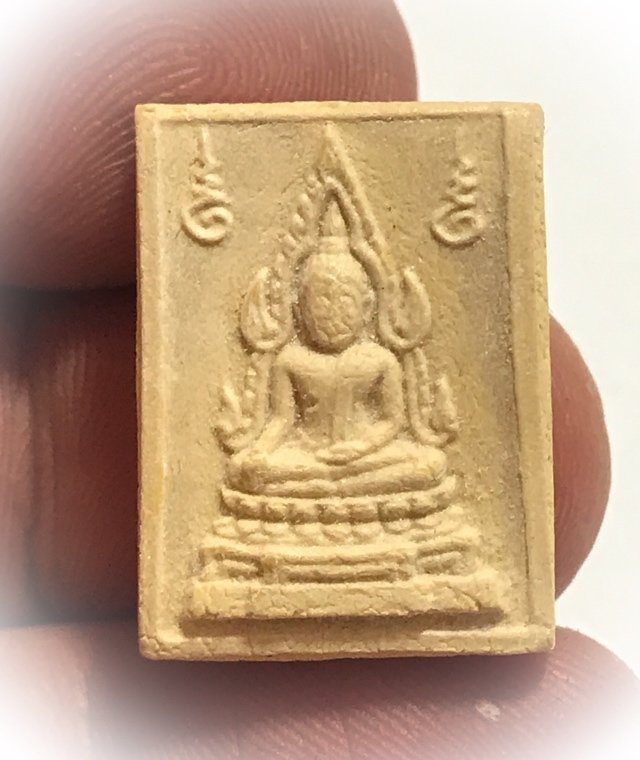 But Luang Por Parn had left on a Wandering Tudong Quest to the Mountain of Khao Wong Prajantr. Luang Por Ruesi Ling Dam retold that he was at Wat bang Nom Kho at thatb time, and that there was hardly any food at all in that period, and he had been going without food and very hungry. The boat owner parked on the banks of the river at the side of the temple, and asked where Luang Por was? Luang por Ruesi Ling Dam told him that Luang Por was away for a time. 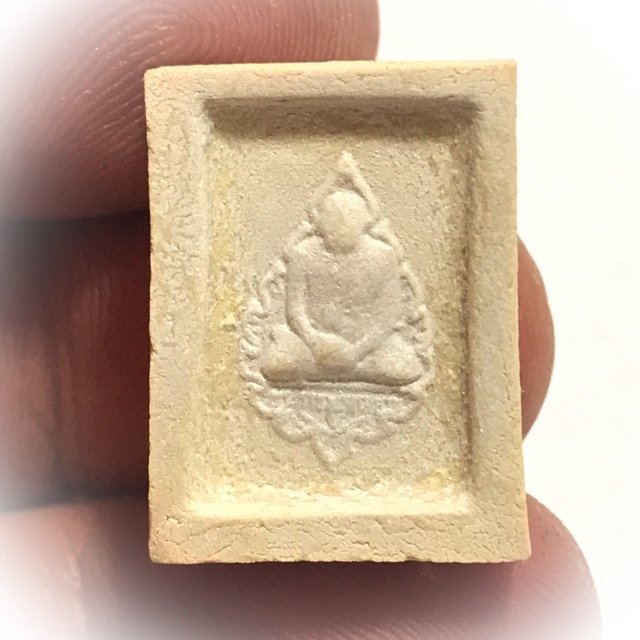 The Devotee then pulled away from the shore with boat and curry and all, and left. Oh dear! Luang Por said he was so hungry as he watched the devotee leave. It seemed that he only wanted to donate to Luang Por, for making Muan sarn, and did not want other monks to eat from it. So Luang Por Ruesi Ling Dam went hungry. 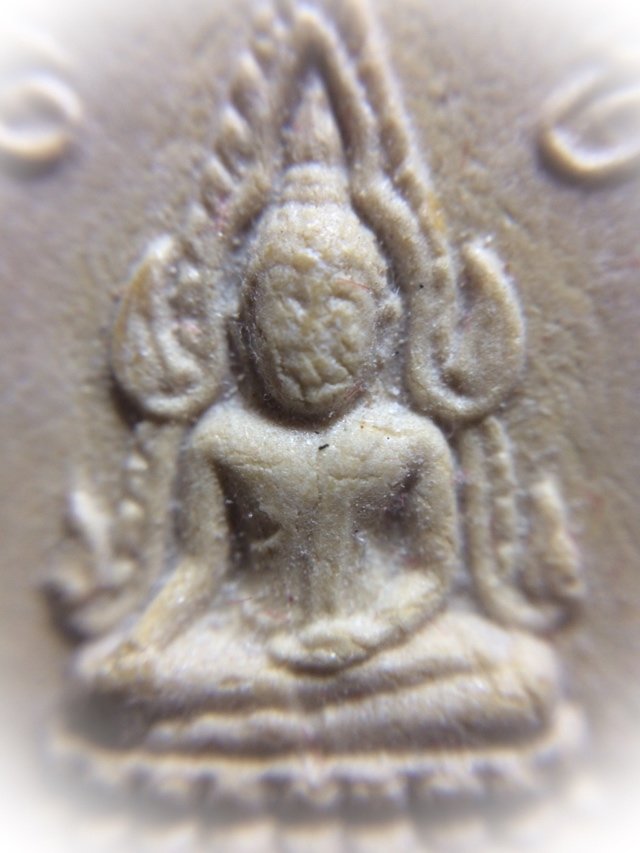 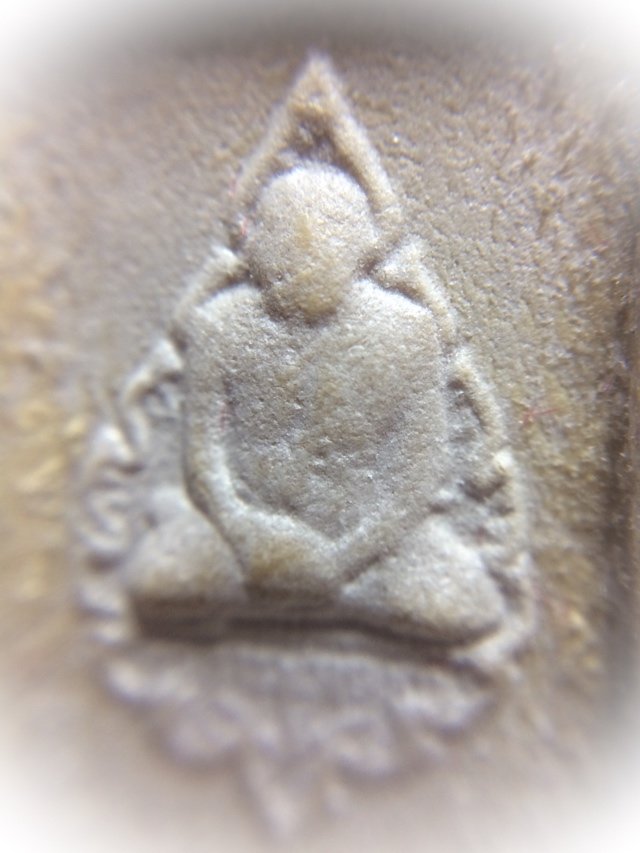 The amulet is said to possess all other Powers such as Klaew Klaad, Kong Grapan, Metta Mahaniyom and Maha Sanaeh, but is stated by Luang Por to have heavy leanings towards increasing Lucky and Wealthy Fortunes (Lap) and to Improve your Influence and Status (Sakkara). 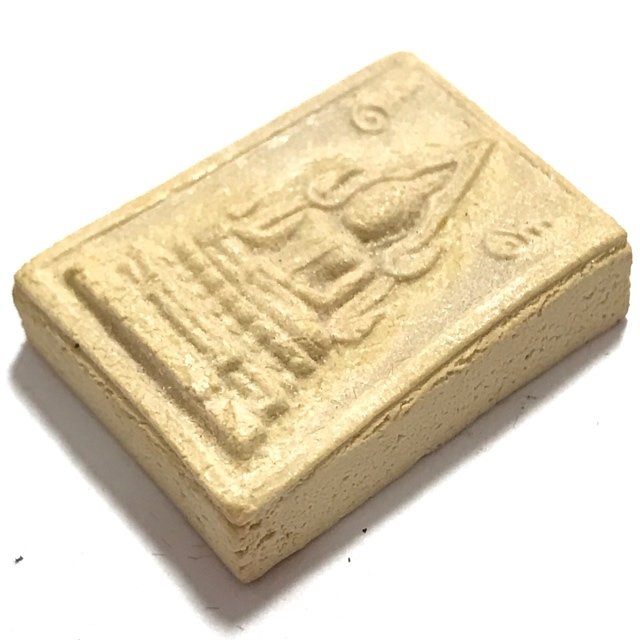 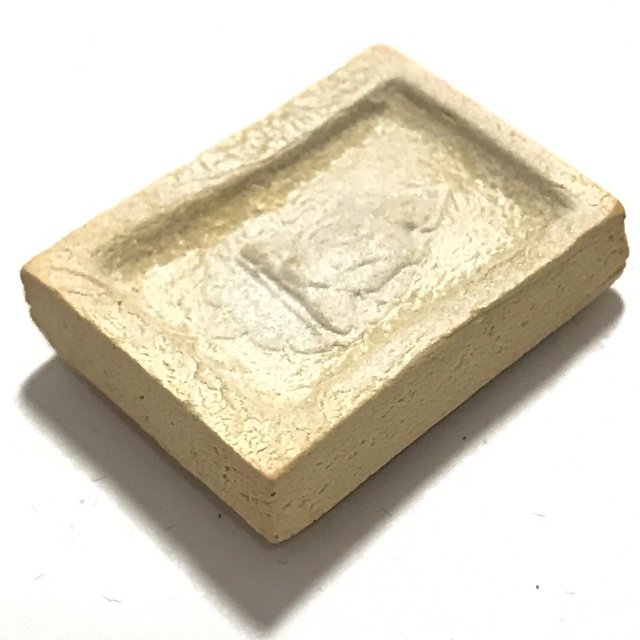 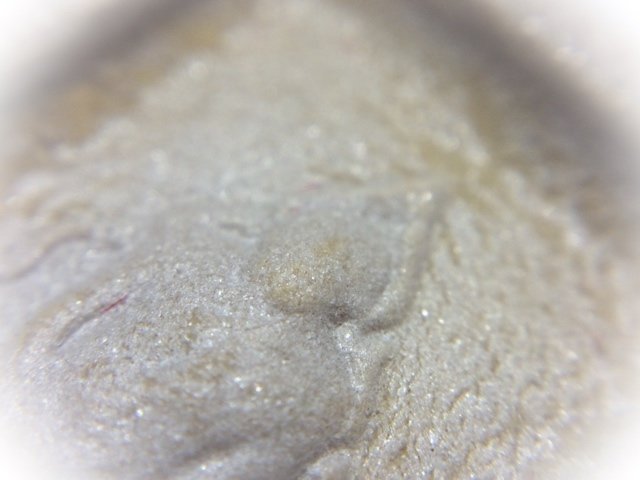 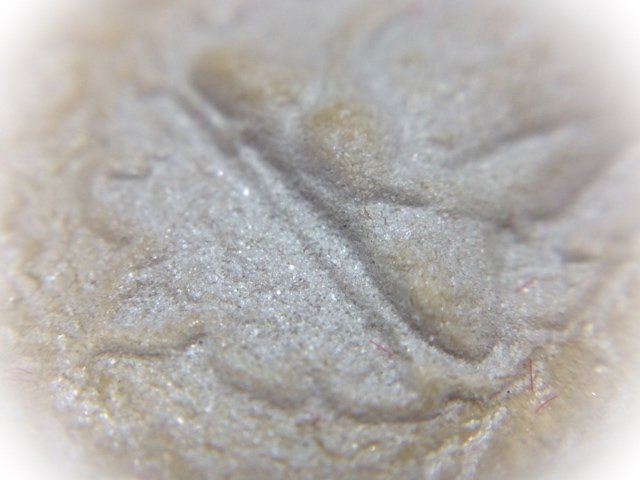 Like the Pra Kam Khaw, it is also important to remember that it is the Luang Por Pra Putta Chinarat Buddha (Pitsanuloke), one of the Five Most Sacred Buddhas in Thailand. The Buddha Chinarat, Luang Por Ruesi Ling Dam says is important to know and feel when praying, that it represents the Buddha Kassapa.

Below; You can use the Kata Yant Grao Paetch (Itipiso Hong Dton) for all amulets of LP Parn or LP Ruesi Ling Dam, for Protection in all directions and Good Karma.

It is an Image to look at instead of that Buddha, whose body is no longer here, but represents the Buddha Himself, and the heart should connect with that, as its connection to the Stream of Energy that flows from Nibbana and the Buddhas, down to us Devotees on Earth. The Buddhanussati remembrance and consequent Rapture that arises, is a direct cause of the energy flow that comes through the amulet from the Spiritual Realms of the Heart, coming from the Buddhas, to us. 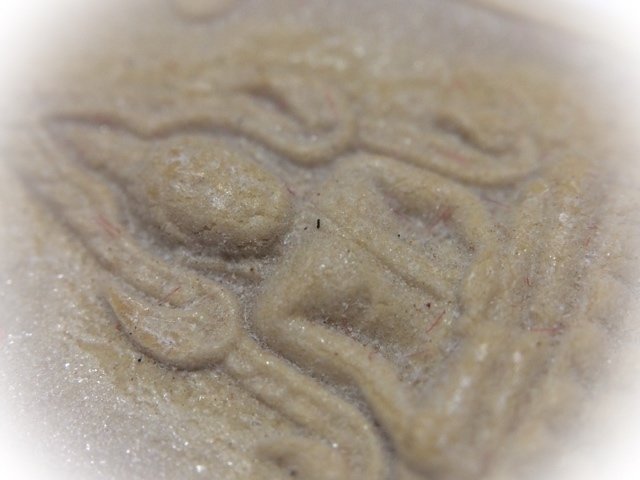 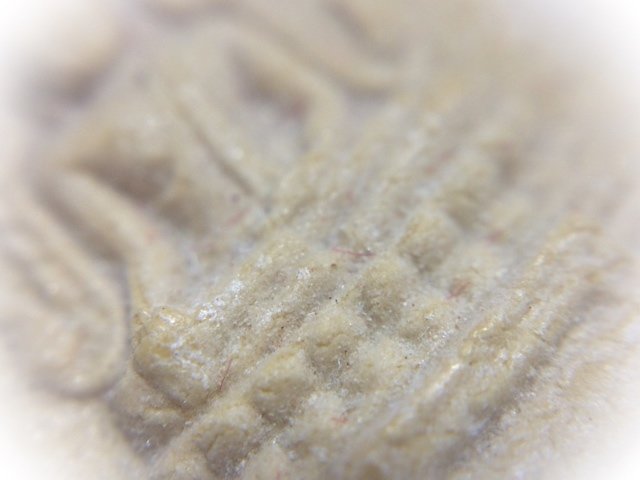 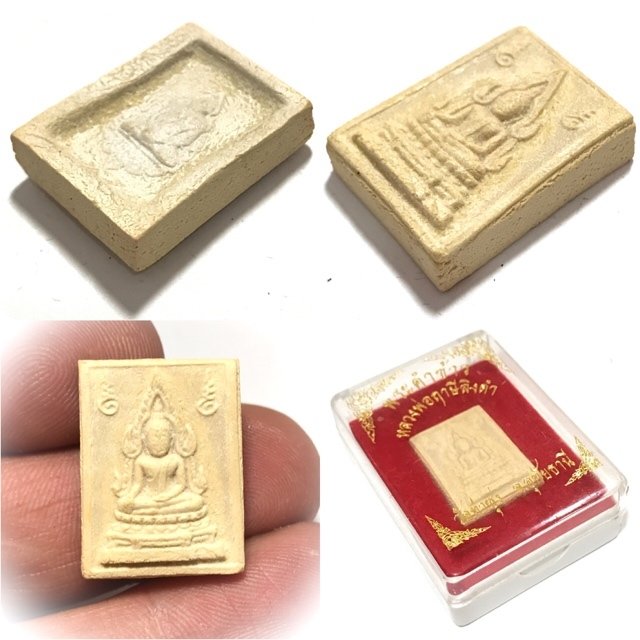 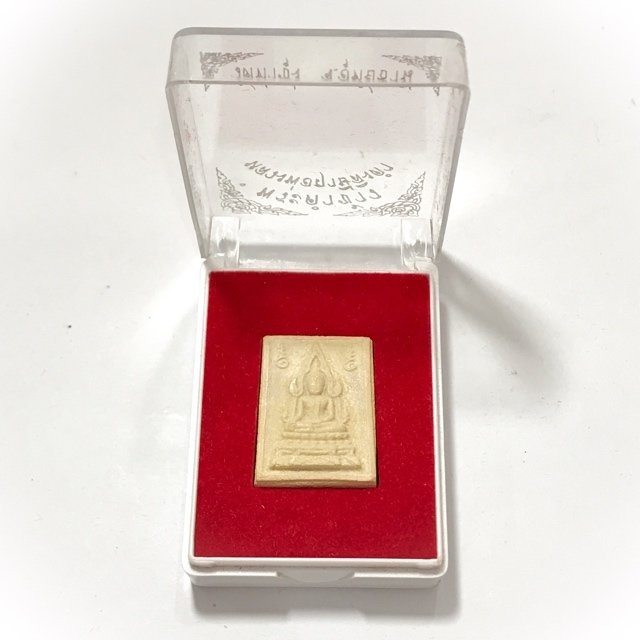 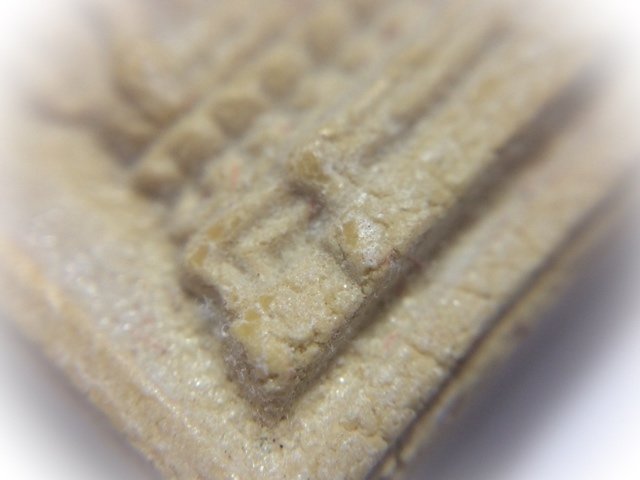 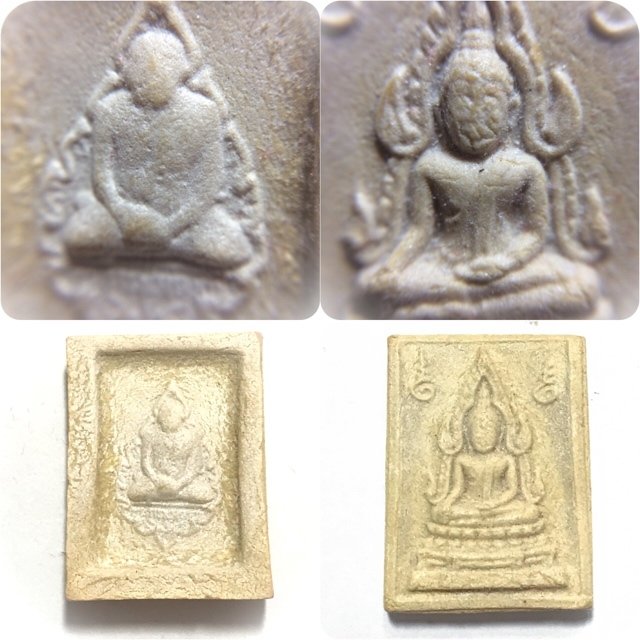