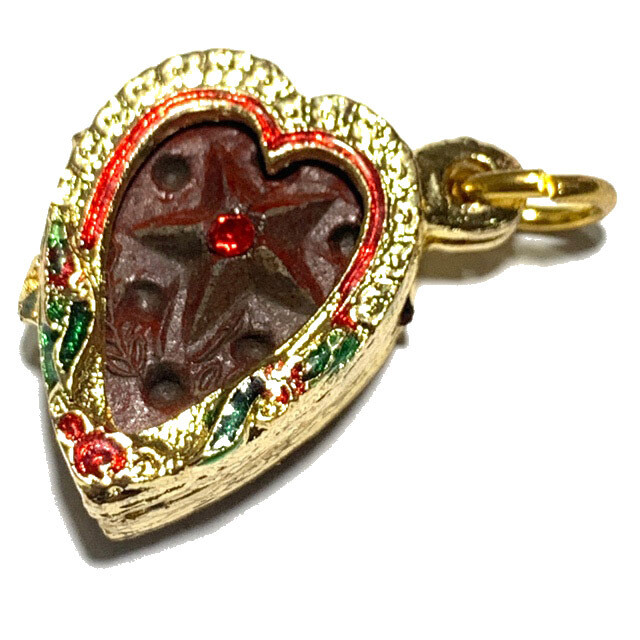 This is the two sided 5 and 8 Pointed Pentacle version, and is one of the models which were encaserd by the temple at release, with LP Pina's recommended angled pendant hoop, adhering to the full magical formula for wearing this amulet. This fact makes this a particularly desirable and attractive example, that cannot be found often. It is in any case extremely difficult to find one of these amulets in any circumstances, but to find one with original casing in such pristine condition is very rare indeed. 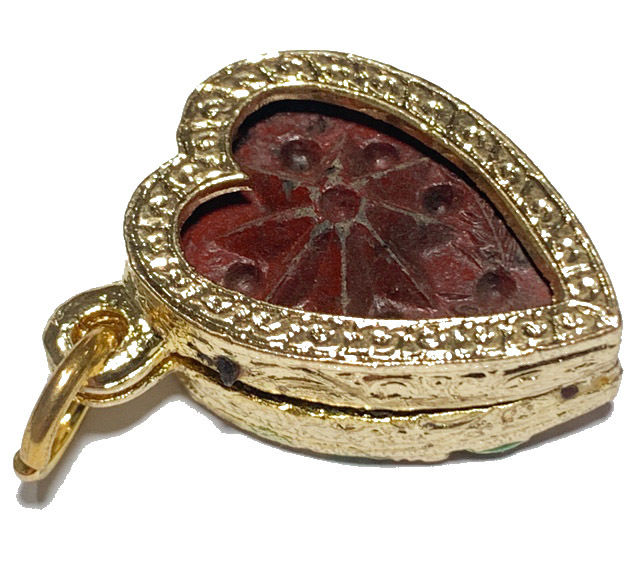 Free EMS Shipping Worldwide is included with this amulet, along with the original casing. The Daw Aathan Hnun Duang was known to be made in two main versions, one as a 5 pointed star similar to the Military Star, and one in 8 pointed Pentacle similar to the Police Force star. 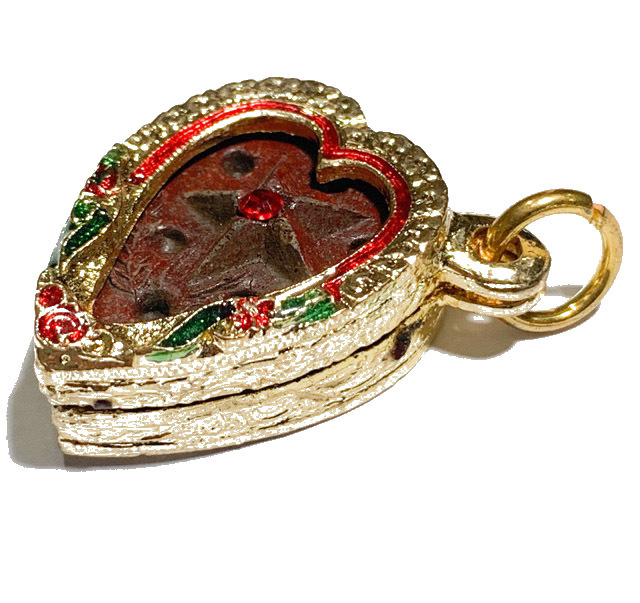 The amulet is encased in the original Brass Temple Casing,with the pendant ring at an angle, which is a tradition with the Daw Nai Pan, as was originally decreed with the first edition Mae Nuea Horm (Perfumed Mother) Lucky Star ('Mae Nuea Horm' 1st edition, was differentiated being somewhat Larger with a crescent moon below the star), which Luang Por Pina would say; 'whoever is not straight with you and cannot be trusted, will be spotted and exposed by the Dao Nai Pan or the Mae Nuea Horm, if you wear it at an angle like this' 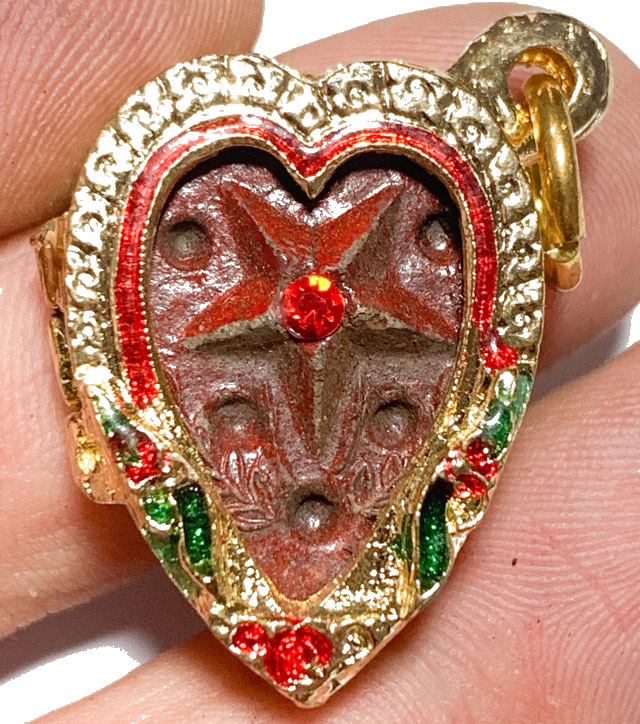 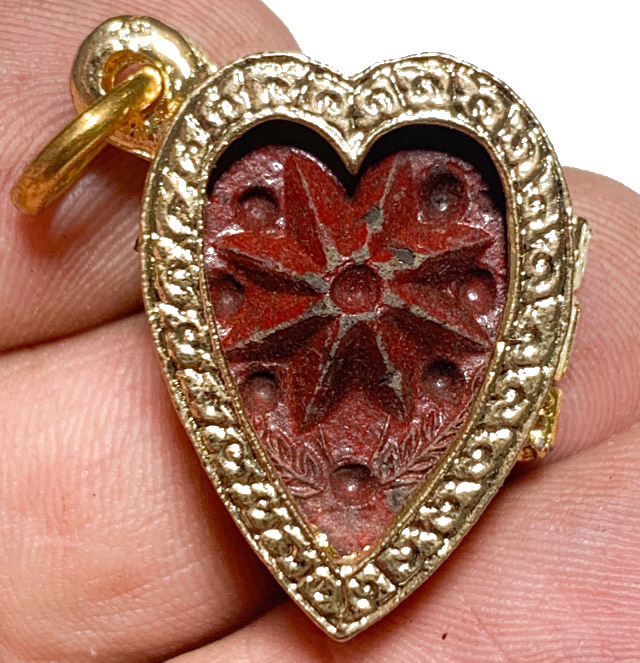 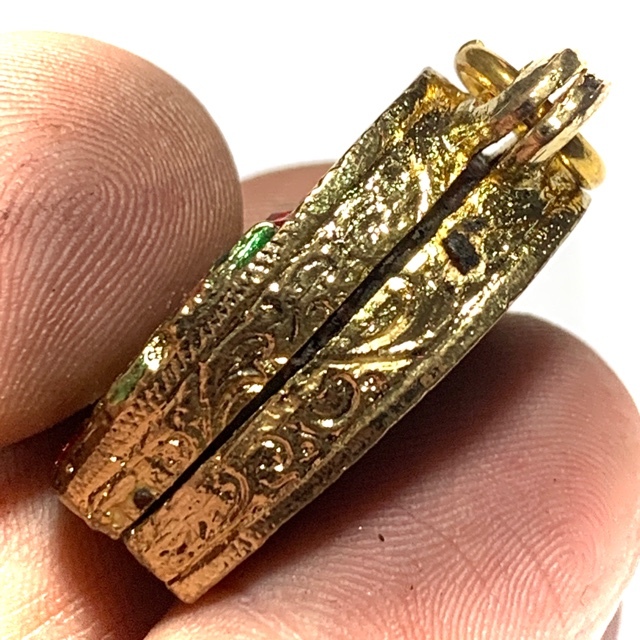 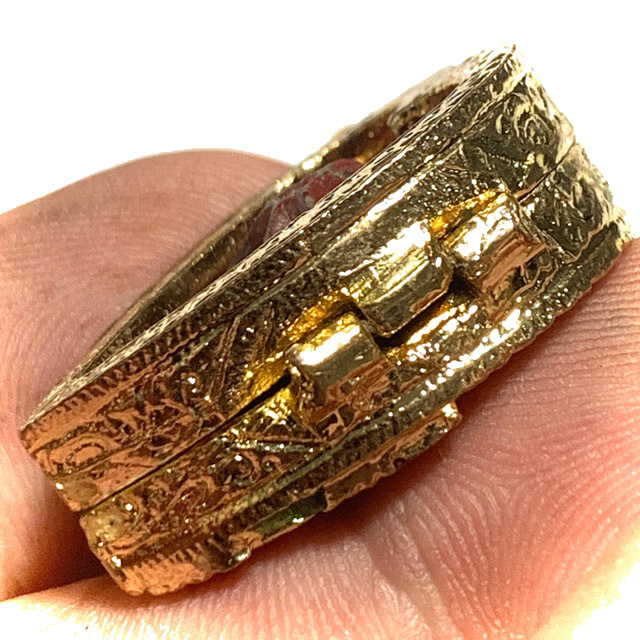 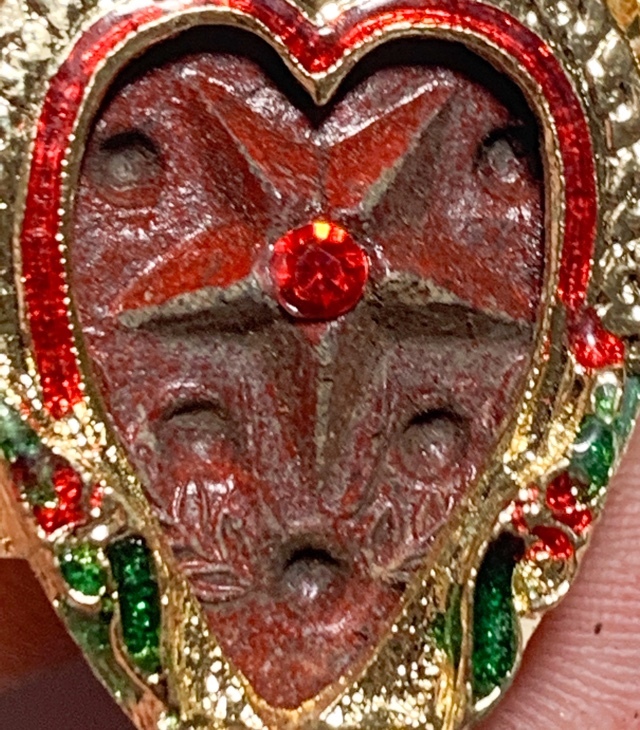 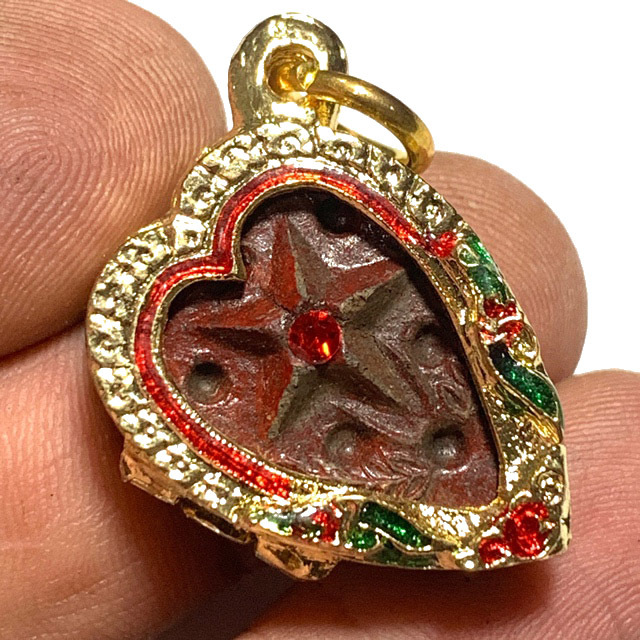 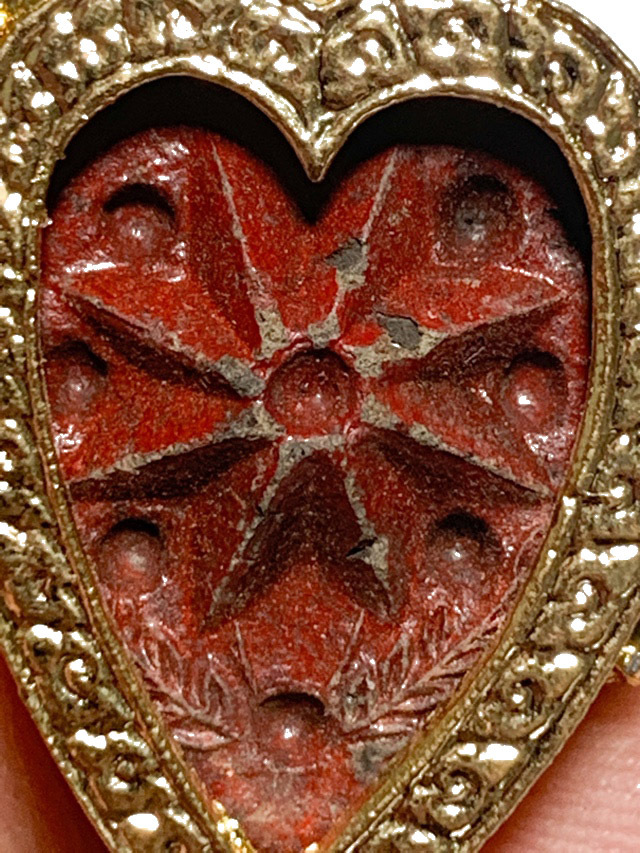 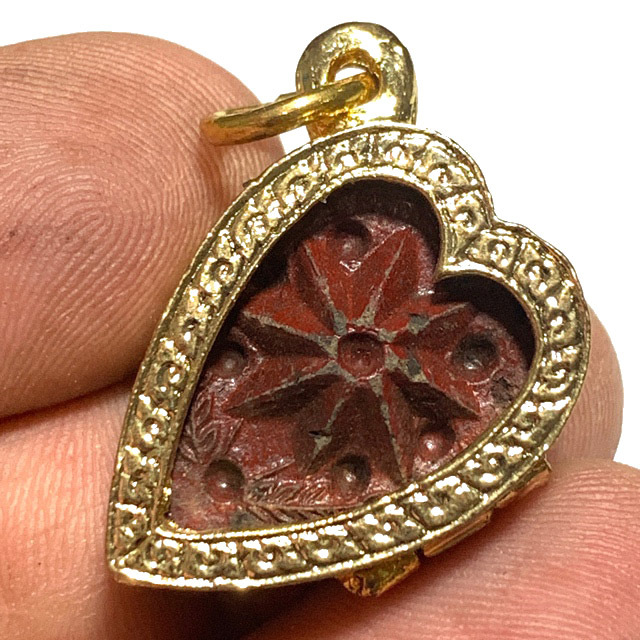 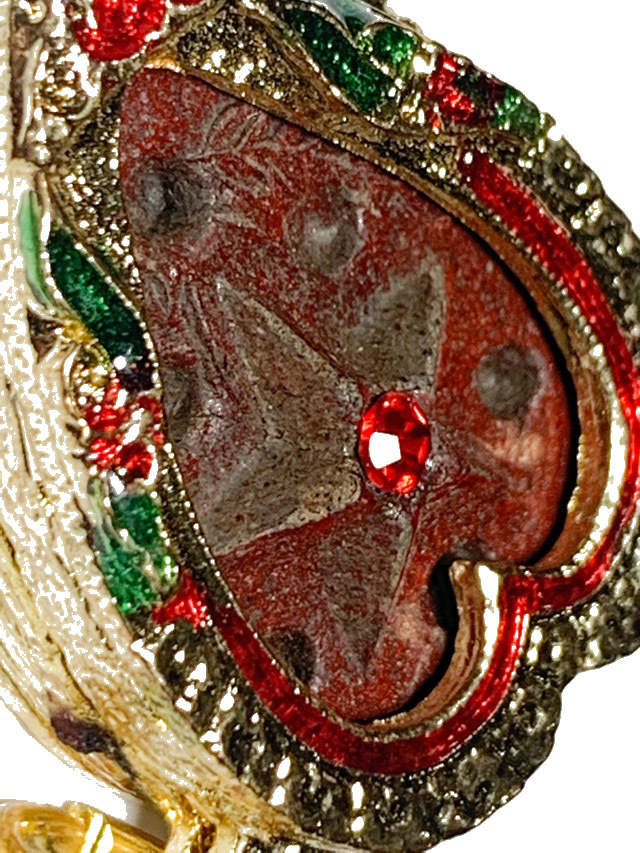 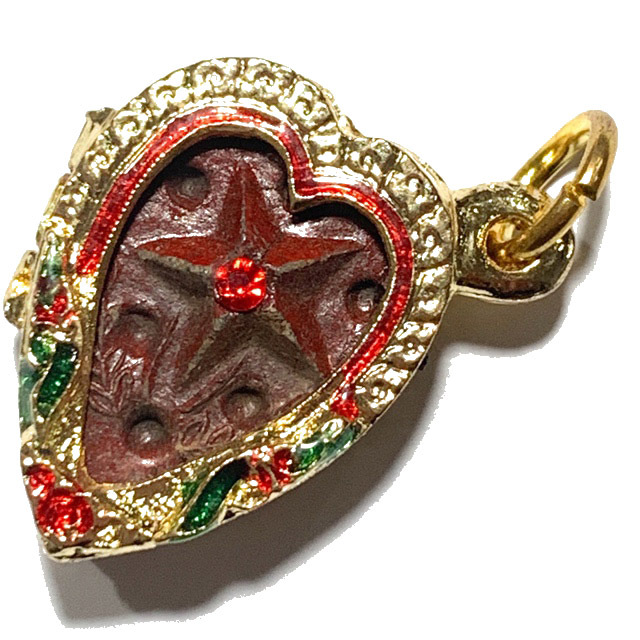 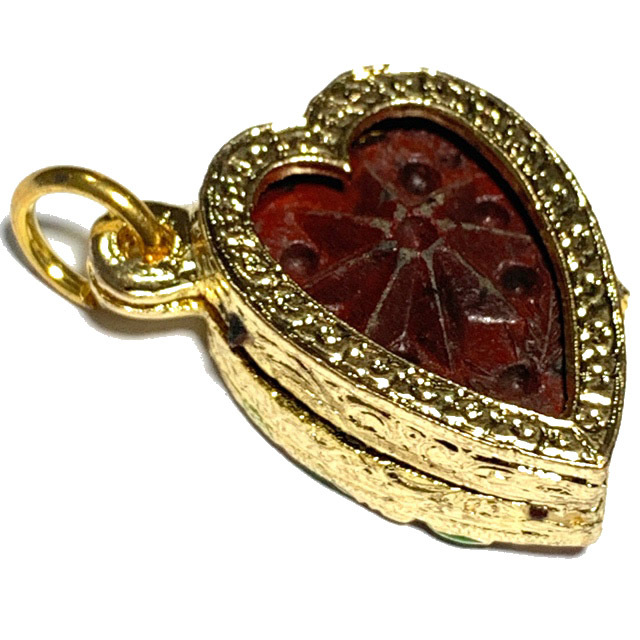 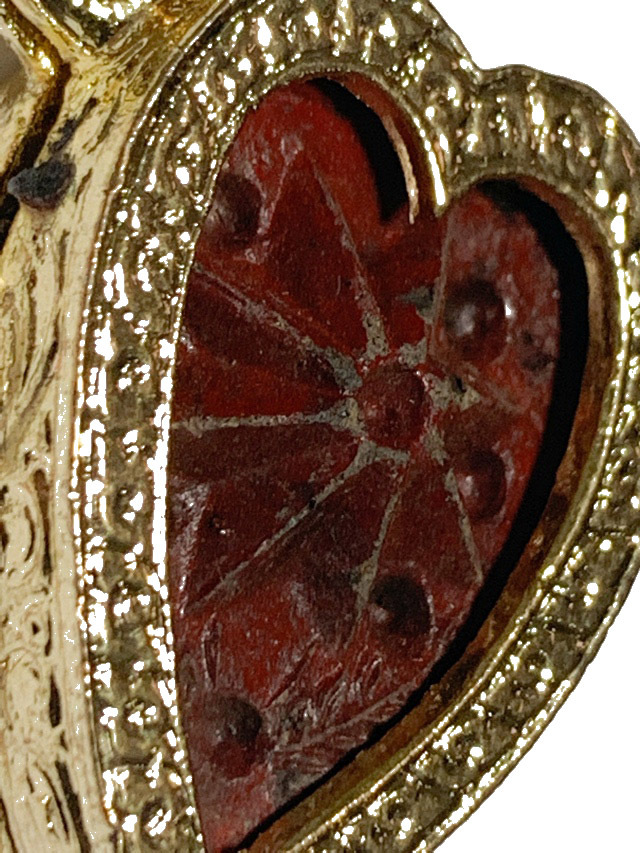 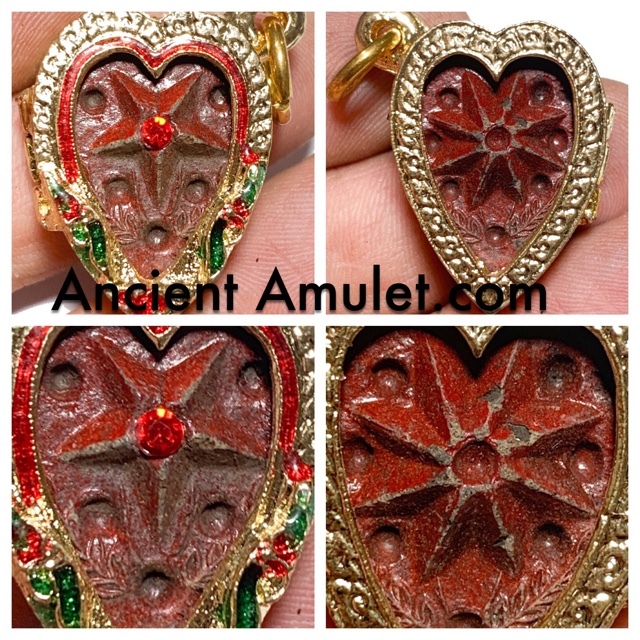