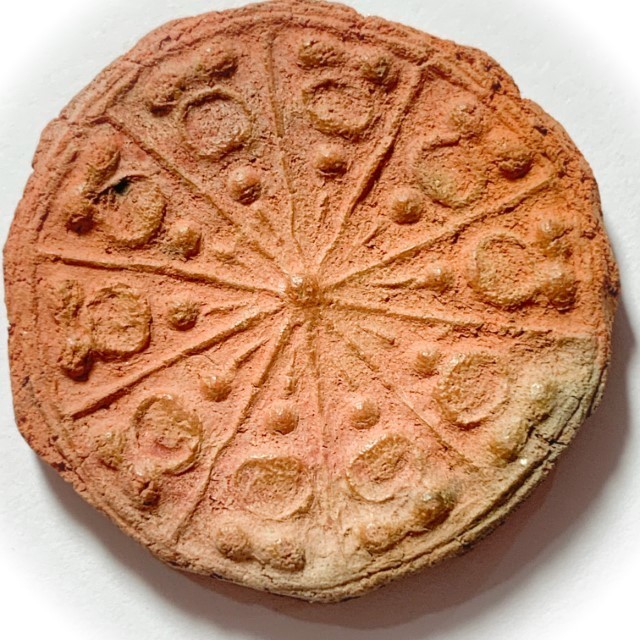 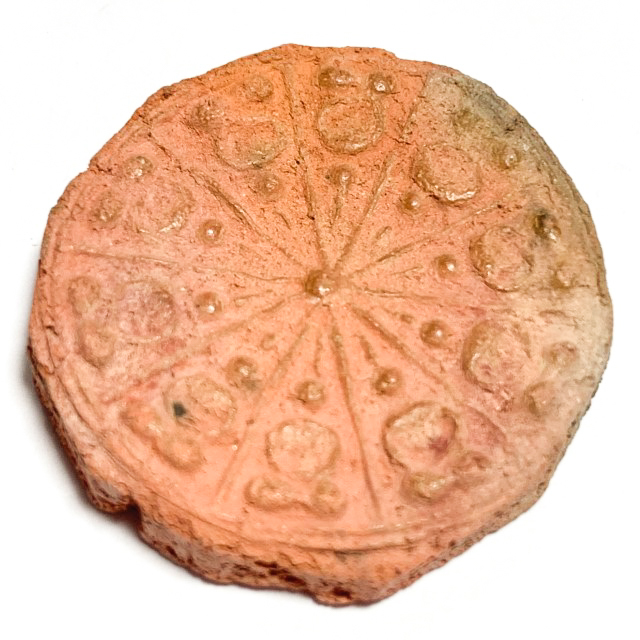 Free Worldwide Registered Airmail Shipping is included with this amulet, as is with all amulets in Ancient Amulet Store (with the more highly priced items offering free ems express). The Pra Yant Ngop Nam Oy amulet of LP Yim was released around 2470 BE, making it about a Century old. Made from Nuea Din Phao (baked clay), composed of the very same formula as used by Luang Por Parn of Wat Bang Nom Kho for his Famous Amulets.

This amulet is a Pim Yai Large size model, measuring a full 3 Cm Diameter without casing. The amulet is in pristine condition for an exhibit so close to being a Centenarian, and has especially clear and distinguished features, making it highly eligible and worthy Pra Kroo Niyom Class Amulet.

The Yant Ngop Nam Oy amulet is one of the most ancient types of clay Buddhist amulets, and is formed using a ring of Buddhas cascading outwards from a central point in a circle, resembling a Dhamma Wheel. This version is 'hlang lai mai gradan' (blackboard pattern smooth back face with no Buddha Images). Some versions have double sided designs. Having a smooth rear face, it is easier to authenticate this amulet through inspection of natural ageing process, and investigation into whether the amulet was baked using the methods of the time. 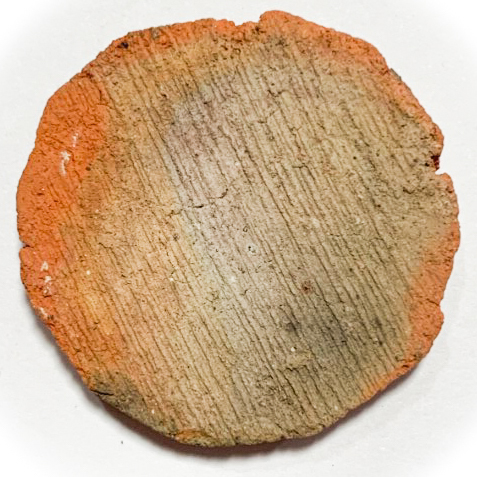 the front face sides feature a ring of outward pointing Buddhas, facing in all directions of the Universe, forming a Crystal Wall of Mercy and Protection around You. The Ngop Nam Oy amulet is purely Buddhist and void of Black Magick. In fact, this amulet is a very powerful Anti Black Magick amulet, as well as possessing immense Serm Duang Power to improve the Line of Fate, and Kong Grapan Chadtri / Klaew Klaad Protective Power. 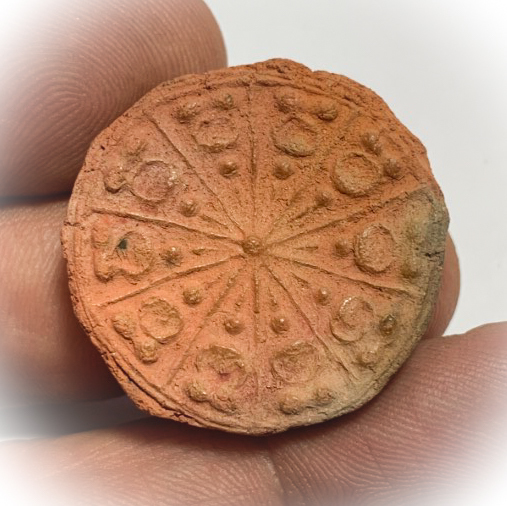 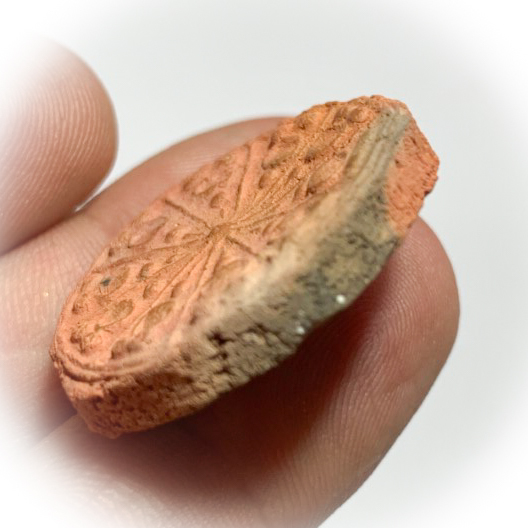 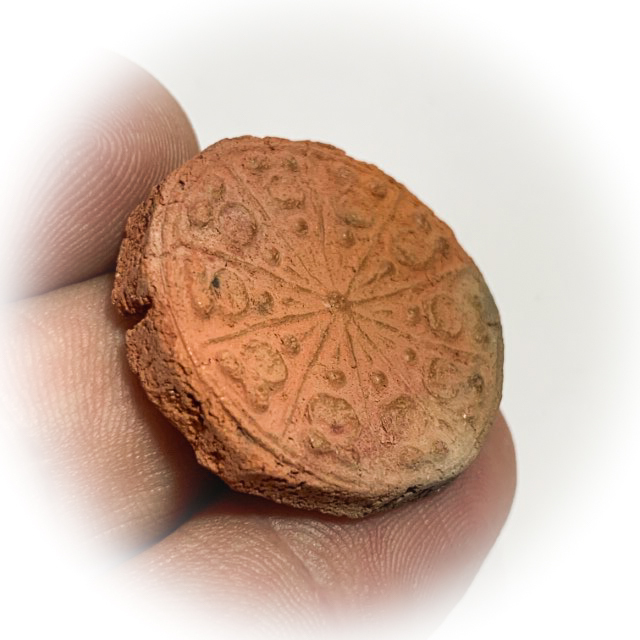 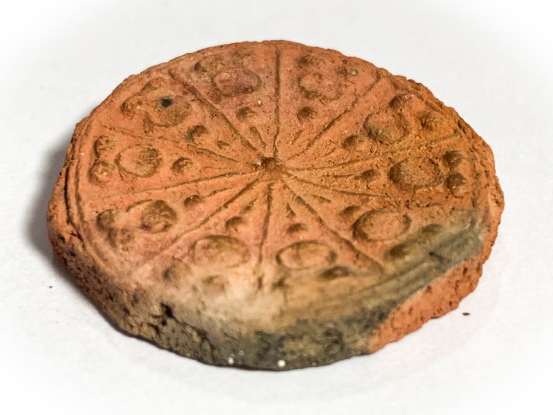 As to sacredness, this Amulet is an Ancient Classic of the early 20th Century, and goes without questioning, and it can be concluded easily that this amulet is a perfect and much cheaper alternative to a Wat Bang Nom Kho amulet from Luang Por Parn, but which carries the same powerful blessings and comes from the same era, from one of that the great masters of the time.. 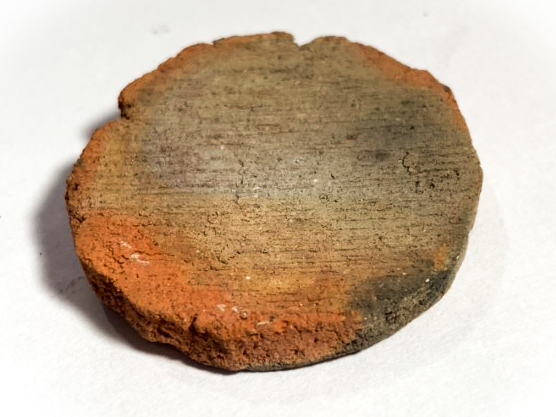 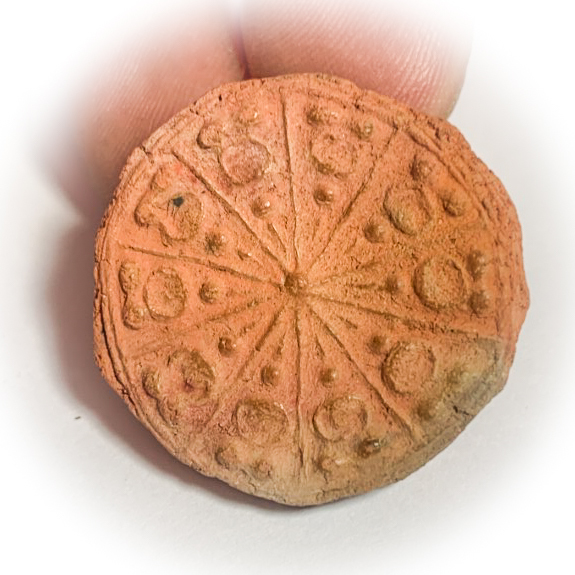 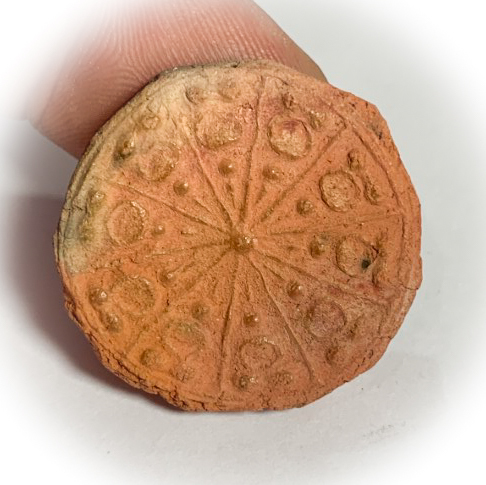 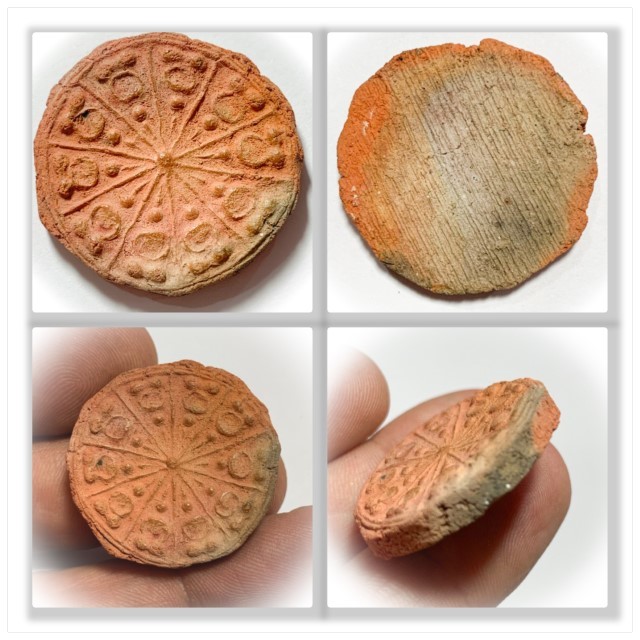