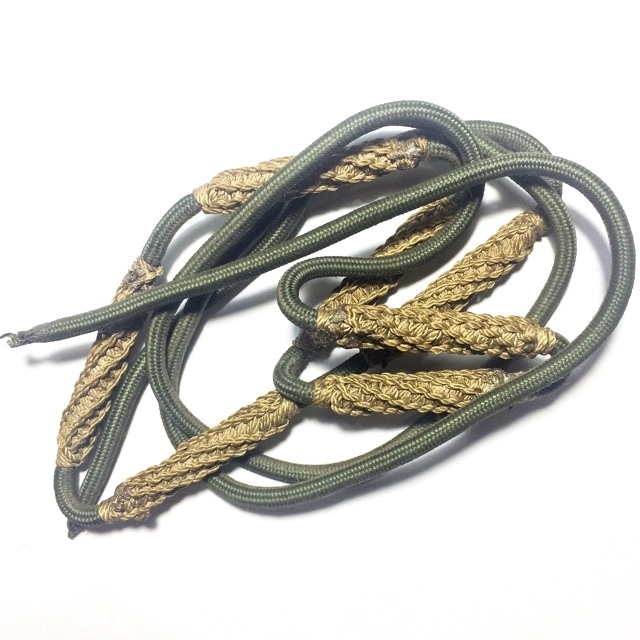 Por Tan Gaen always inscribed and bound each Takrut with his own hands, empowering them throughout the process with Incantations. Many masters would often use their apprentices to assist in the making of amulets, but Por Tan Gaen did not. This is one of the reasons his Takrut are considered to be so powerful, and are so highly sought after and revered by his devotees. 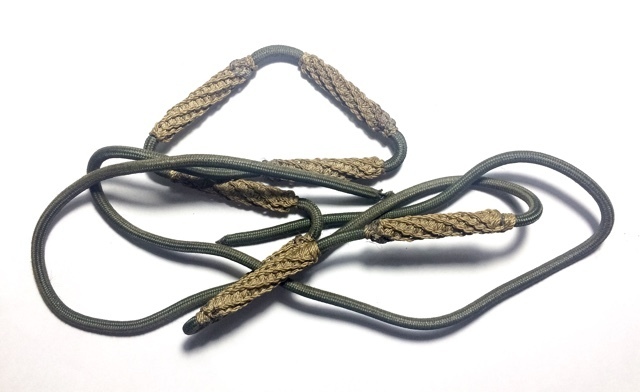 He made the Takrut in various forms, ranging from his single Takrut Tone, to cord belts with 3, 5, 7 or 9 Takrut attached. This exhibit carries all the classic traits of Por Tan Gaen's classic style of Takrut Cord Binding, and is an exemplary item for its ease of recognition, and undoubtable authenticity. 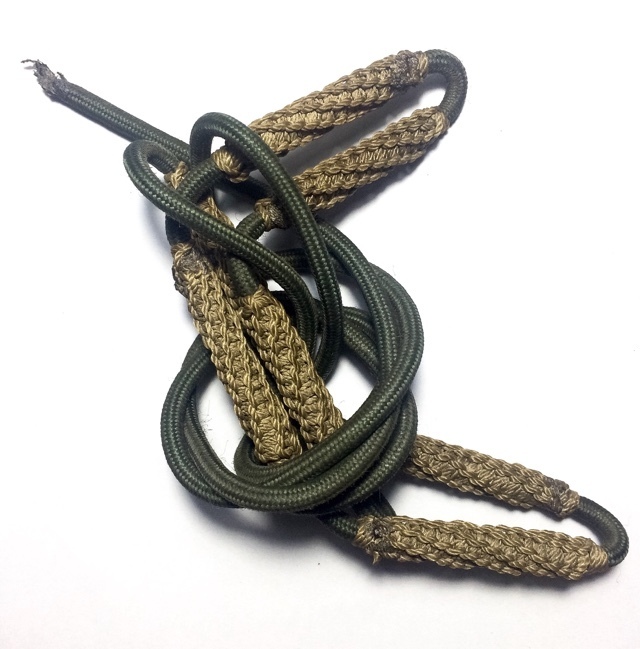 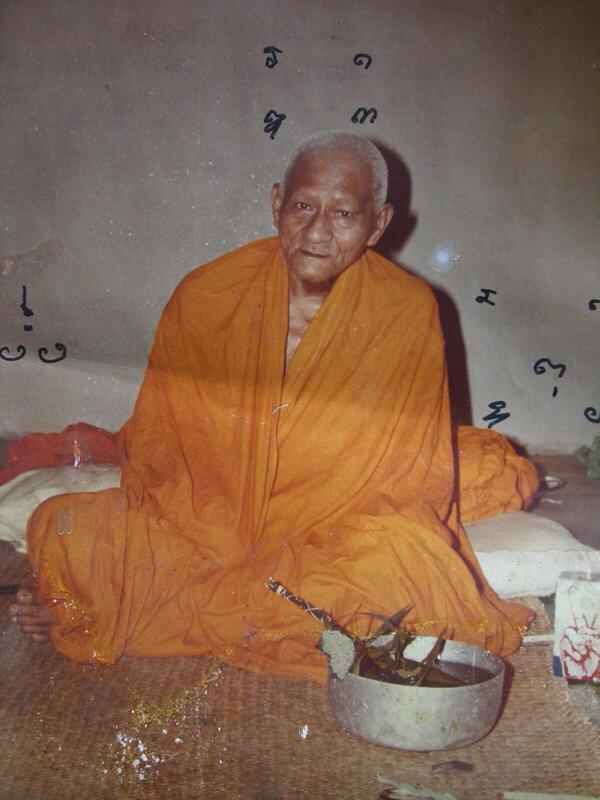 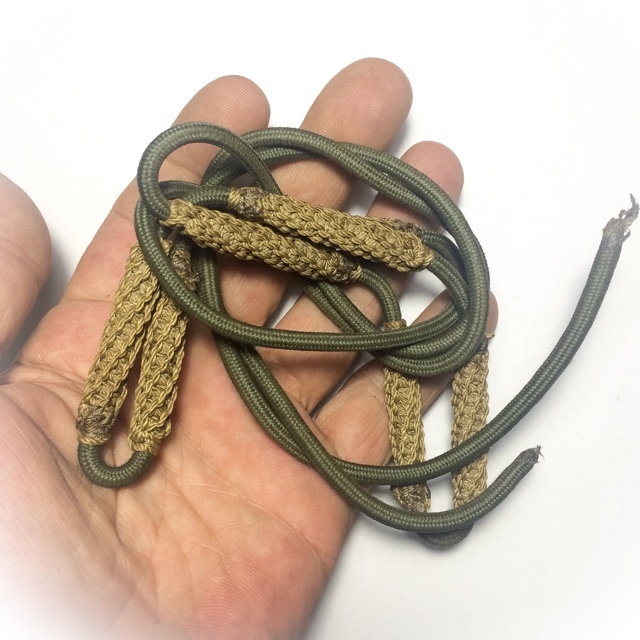 The Rian Traimas coin amulet, and his Takrut Tone amulets. Especially preferred and revered, are also the Say Kart Aew Yantra Scrolls on cord belts, which he made in variables of 3, 5, 7, and 9 Takrut. Por Tan Gaen also made some Pha Yant (Yantra Cloths), which are very rare, and highly prized, especially his Pha Yant Nang Kwak. 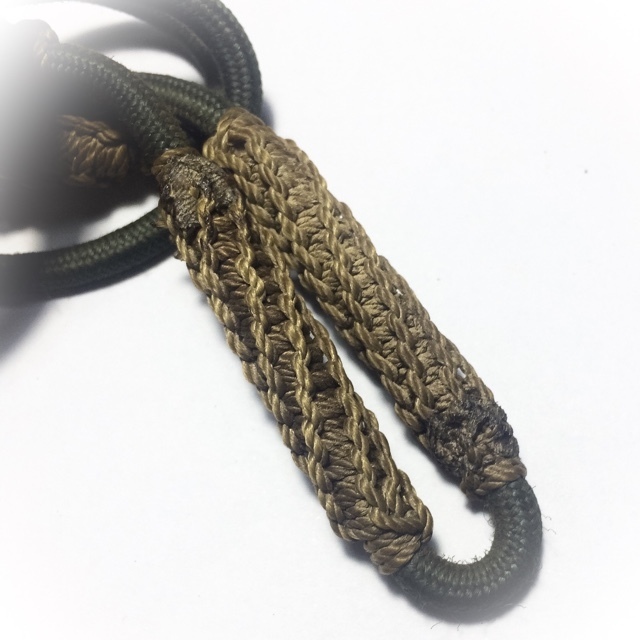 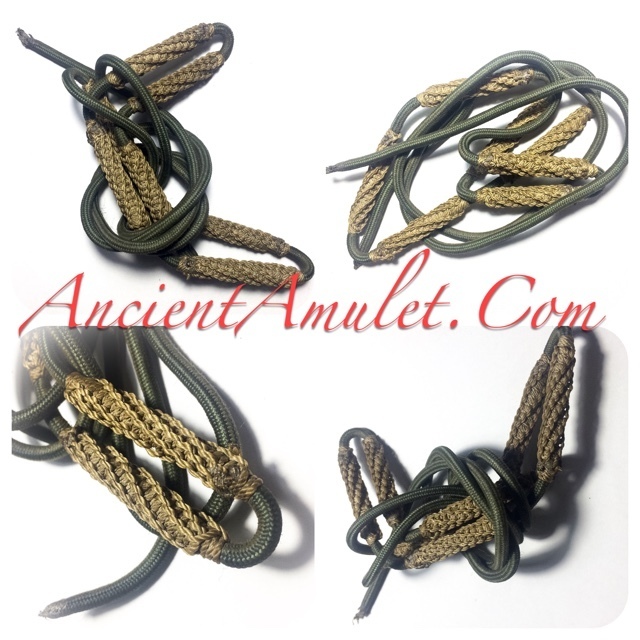 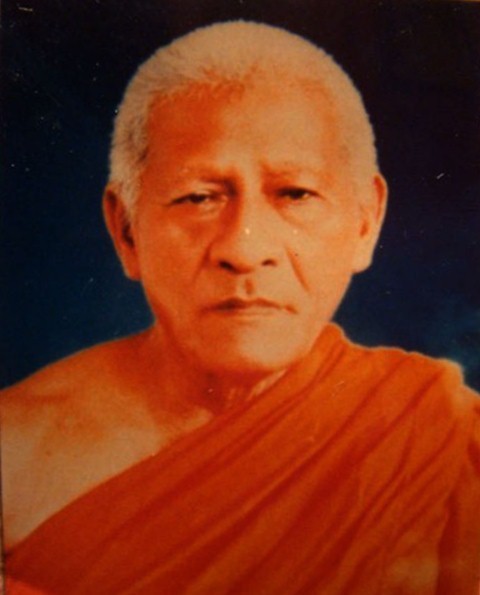