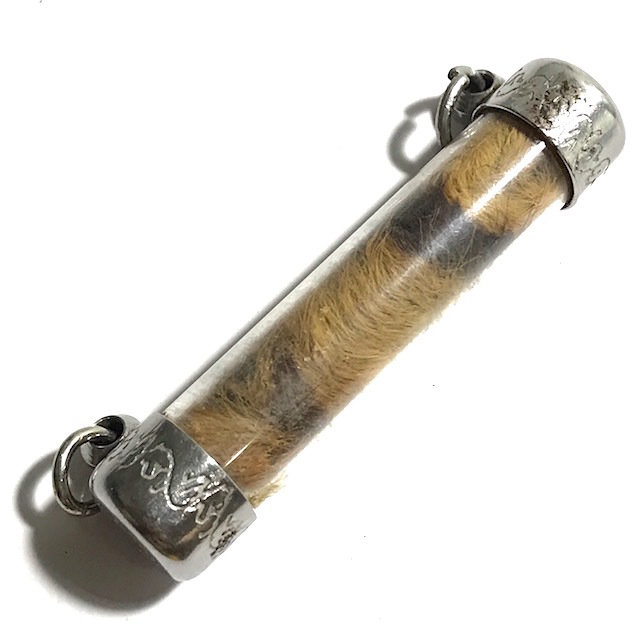 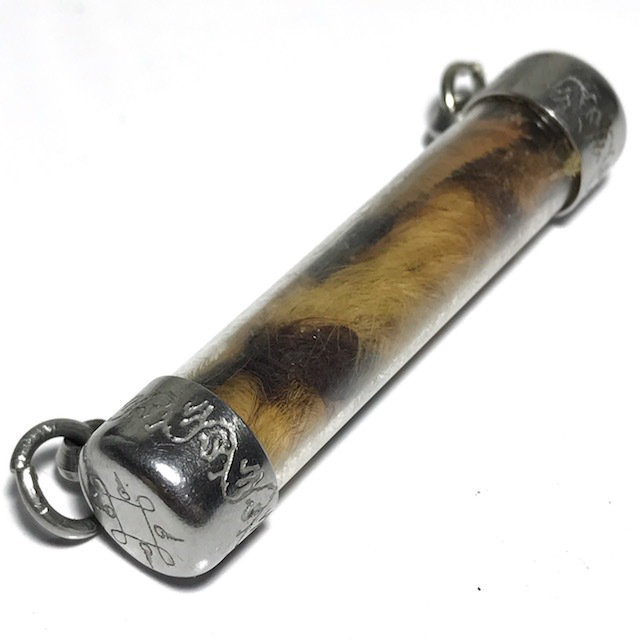 Luang Por Phern Tidtakunoe, was the Great Sak Yant Master Monk of Wat Bang Pra, who is said to have been able to ride on the back of tigers in the Forest, during his years of Tudong Jungle Wandering. According to Thai Occult Beliefs, the Tiger Is known for its extreme Kong Grapan Chadtri, and Klaew Klaad power to ward off all dangers and to repel all attacks be they with projectile weapons, or sharp instruments. 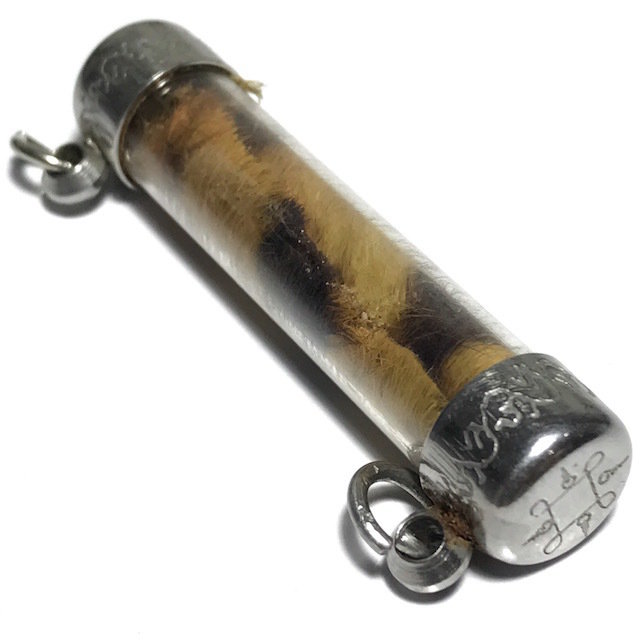 The great power of Maha Amnaj Command and Dominion, and Maha Sanaeh Metta Maha Niyom Mercy Charm and Seductive Influence is also attributed to the Magical Powers of the Suea Kroeng Tiger, as an Inherent magical quality. It's power to ward off all evil and black magic is considered by believers to be second to none. A true essential rarity for collectors and faithful devotees of the great master Luang Por Phern. 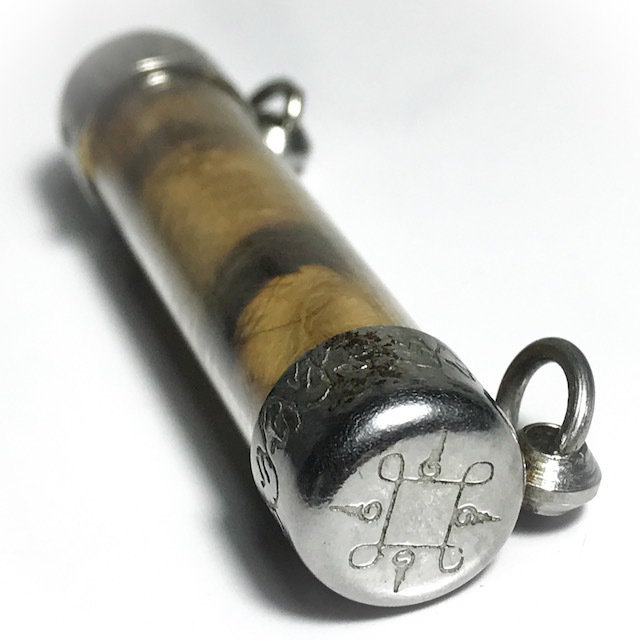 Luang Por Phern was one of the most internationally famous monks all of this century mainly for his grand role in the promotion of Sak Yant Sacred Tattoos, And of course his powerful amulets which are now becoming ever more favored and ever rarer. And of course,ever more valued. Occult charms such as these from such a great master, are in a world of their own as far as collectorship goes. 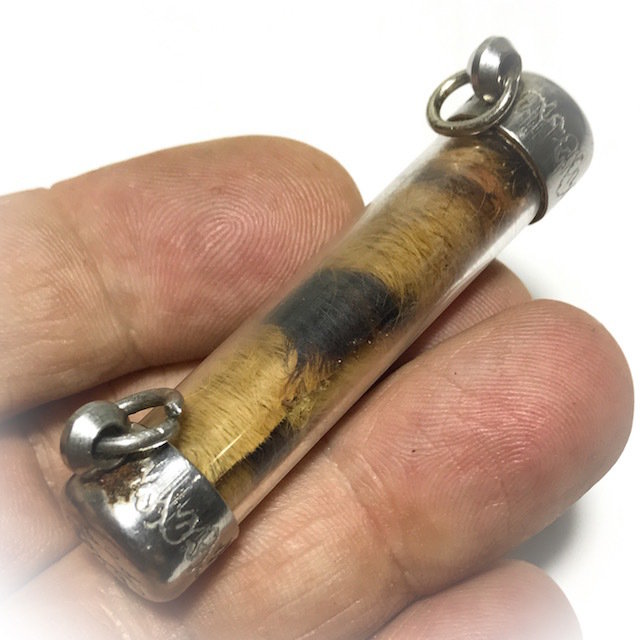 This is due to the fact, that charms are much less Documented and very difficult to find, for they are not offered in shops in general. They are normally just passed along from the masters, to their devotees and apprentices, and passed from hand to hand through lines of followers, not through shops.

Those who rever the Great Luang Por Phern will be at best served with Tiger Takrut Talisman, for the faith of the Devotee and the Metta of the Guru Master, is the connection that causes the Miracle Events which are so often attributed to amulets to occur. 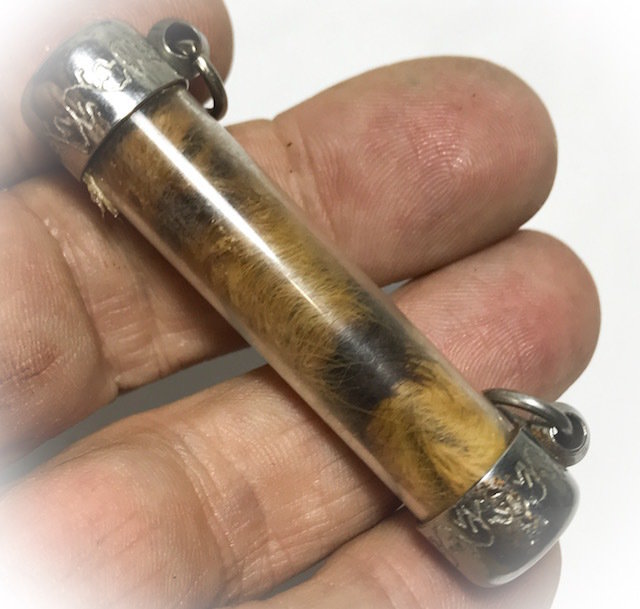 The amulets of Luang Por Phern Tidakuno (Wat Bang Pra) are highly renowned for their Kong Grapan Chadtri Klaew Klaad, Maha Lap, Maha Amnaj and Serm Duang Powers. This is of course, one of the reasons why the Great Luang Por Phern, has hundreds of thousands of devotees around the world, if not millions. 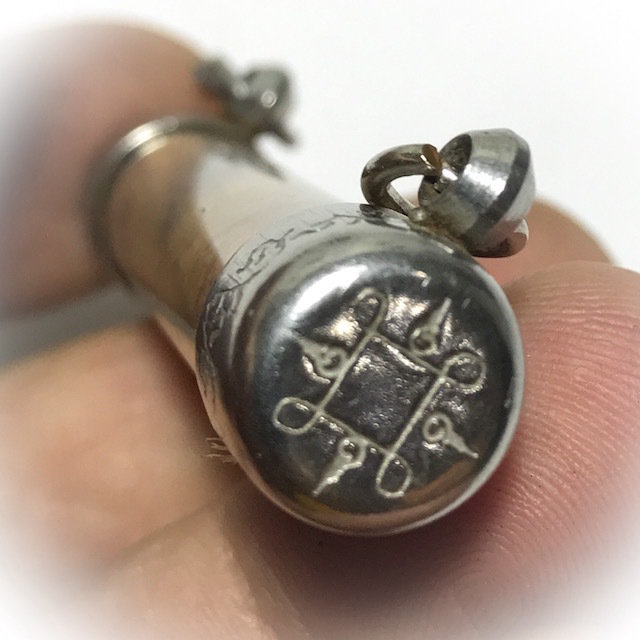 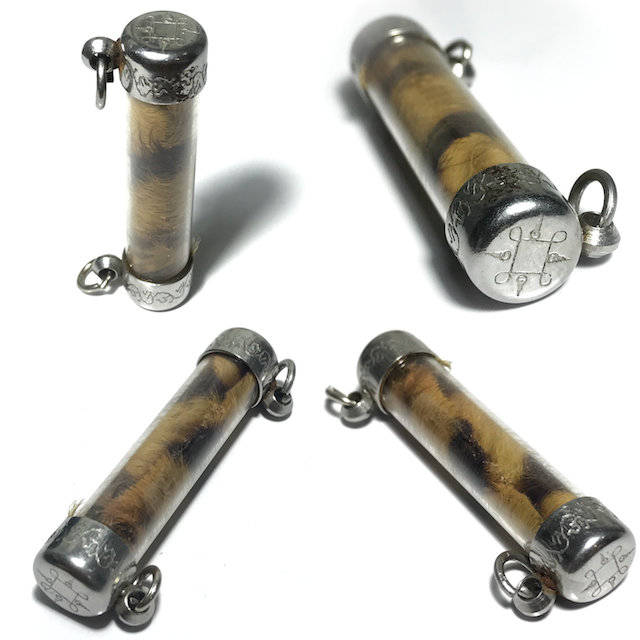