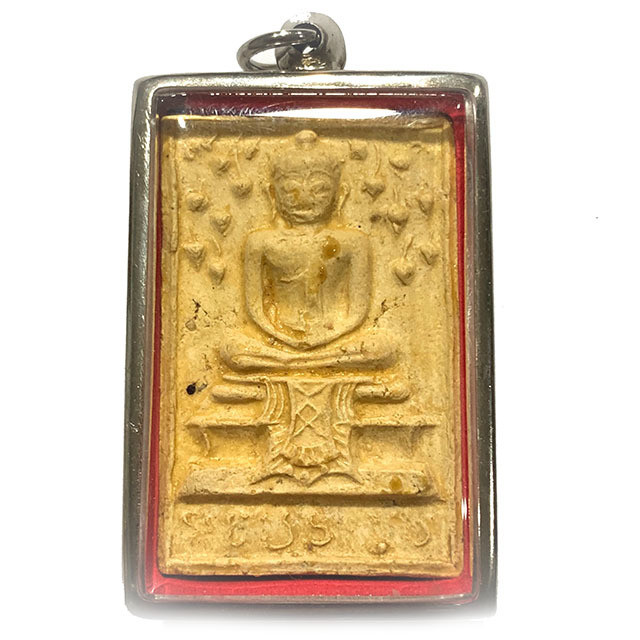 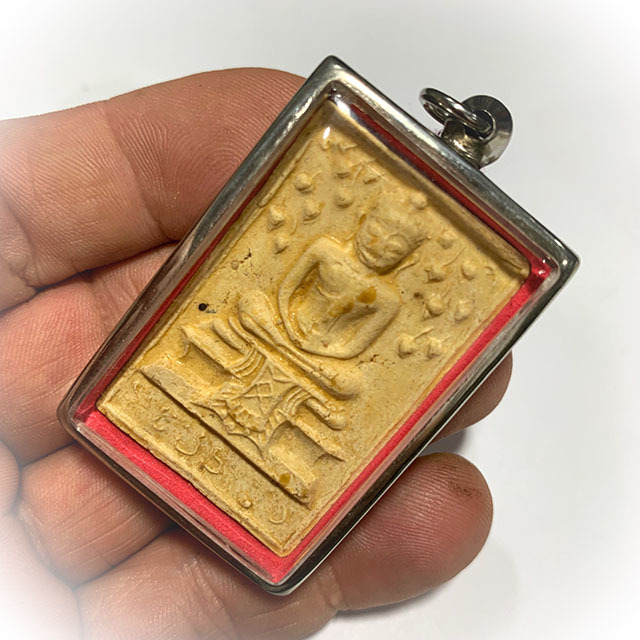 This Pra Somdej, is now officially a recognized official member of the 'Pra Chud Luang Phu Tim', made in 2513, and released at Wat Pai Lom 2514 BE) This amulet is classifiable as a 'Pra Anuraks' (Conservation Class Model Amulet) of the Dtamra Luang Phu Tim, of Wat Laharn Rai (Rayong).This classic competition class amulet is a well known category of competition entry, and a popular show-piece for serious collectors. 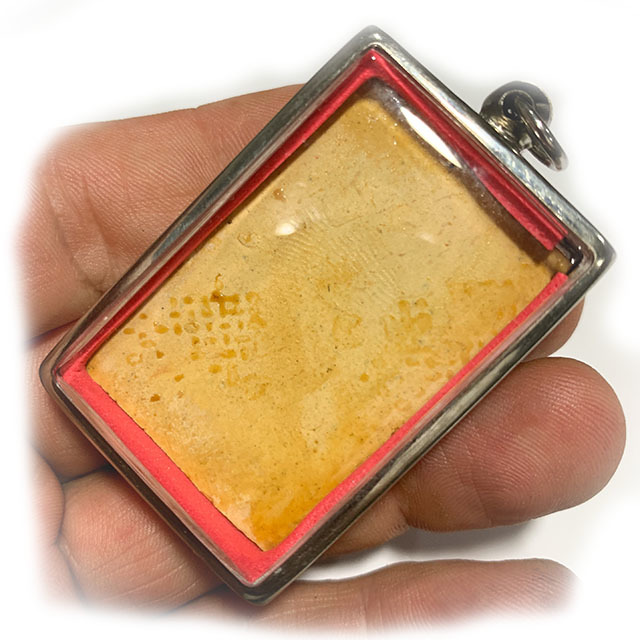 Free Registered Airmail Shipping Worldwide is offered included with this amulet, as is the case with all amulets in Ancient Amulet Store.

Above and beyond this, the amulet is a Sacred Artifact of Buddhanussati, an authentic Sacred Buddha Image Votive Tablet, blessed and made in 2513 by Luang Phu Tim, released in 2514, in a ceremony held at Wat Pai Lom in Rayong Province (one of the Luang Phu Tim lineage temples). The presence of Pong Prai Kumarn and Ya Wasana Jinda Manee empowered by Luang Phu Tim are considered a mark of excellence in magical admixtures, and powerful effects with noticeable improvements in the lives of those who worship Luang Phu Tim and his amulets. 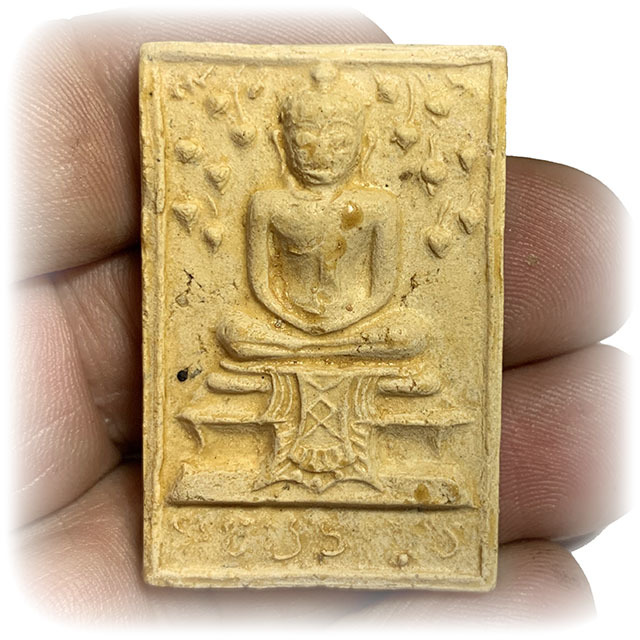 The edition has now rocketed to fame since the 2016-17 official confirmation in the amulet community, of the fact that this edition was definitely blessed and empowered by Luang Phu Tim himself, and has become another Highly Esteemed Member of the Official Tamniab Wadthumongkol Pantheon of Luang Phu Tim's great Classics Amulets. Th Pim Yai Prok Po is one of the most preferred of all the many different models made in this editiion, which featured not only LP Tim present for the blessing ceremony, but a host of many of the Great Masters of the time, many of whom have their presence still undocumented. 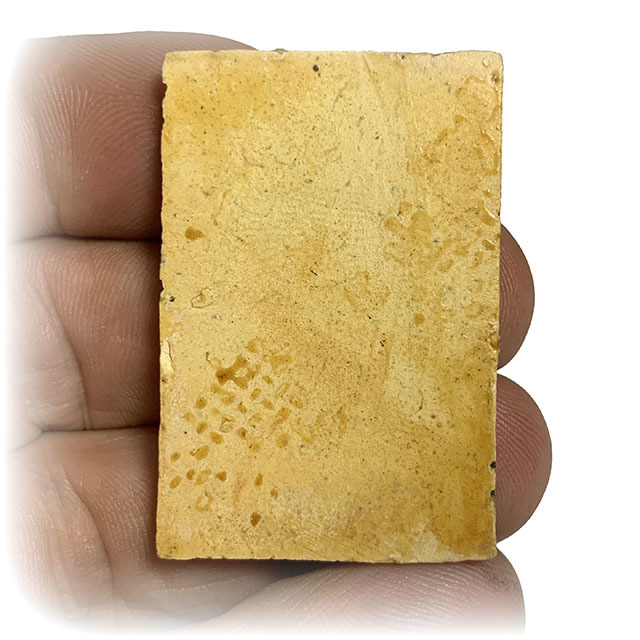 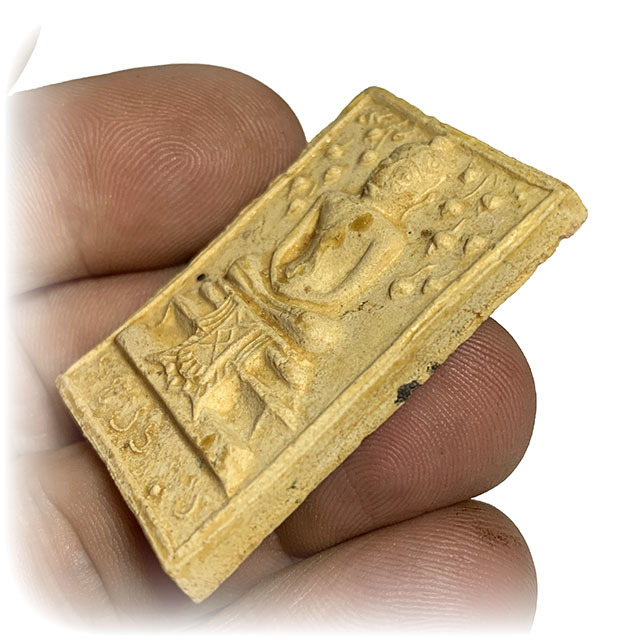 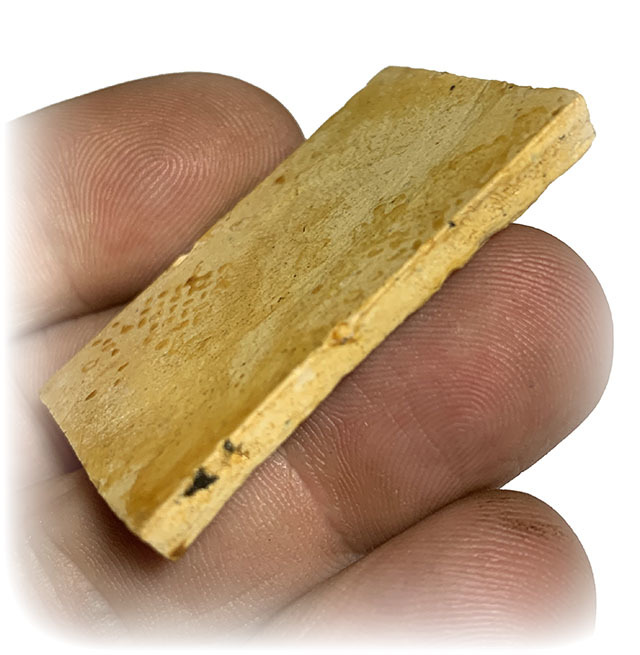 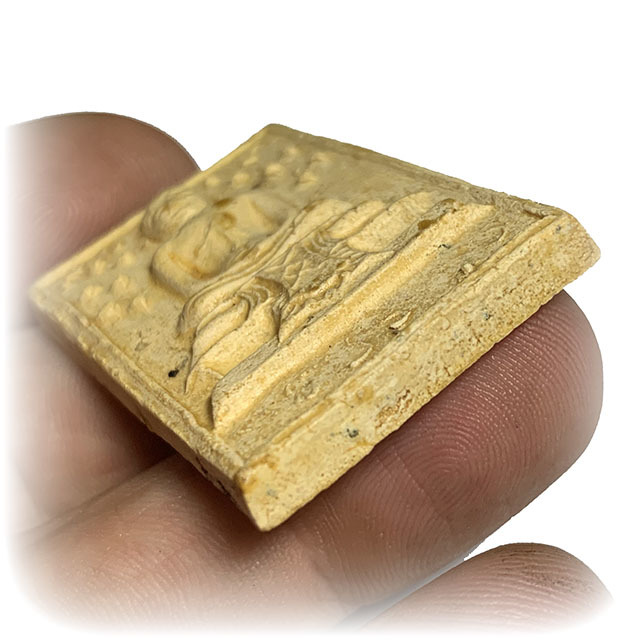 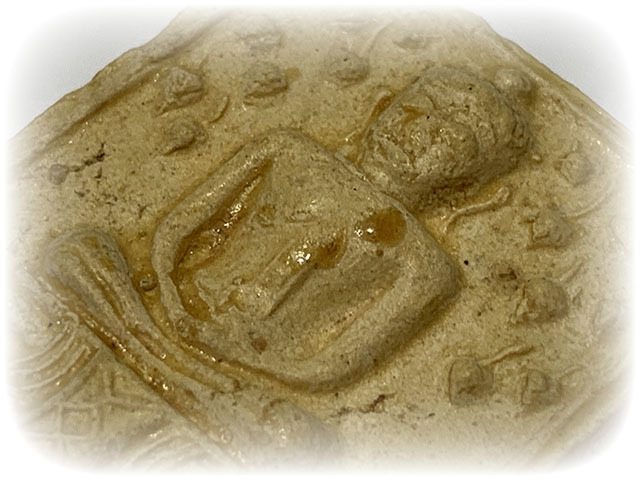 No longer are these Amulets to be found at the affordable price they were found back in 2016, for now since the other preferred editions of LP Tim and LP To are mostly no longer affordable to most people, then, these famous and sacred amulets, have raised their standard price, and are entering into the upper mid-range level, and progressing to be accepted as Master-Class Pra Niyom amulets of the Grand Pantheon of LP Tim. We can at least rejoice in the fact, that new discoveries, documentation and evidence of the existence of many amulets of LP Tim who the 'Chang Gabuay' Monopolists missed with their over-focus on the 2517 BE Edition of Wat Laharn Rai, have allowed us devotees of this Great Master Monk to still be able to find and obtain one of his amulets for Bucha. 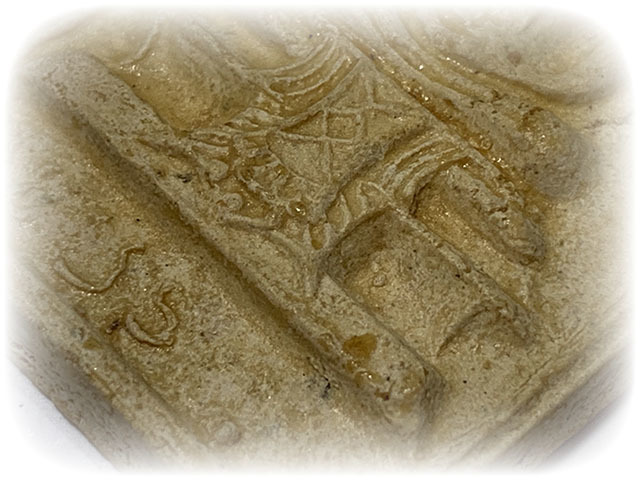 Below; we can see from the 12X Macro close-up of the Muan sarn Powders of the rear face of the amulet, that this model has received 'Klueab Ya' herbal lacquer treated, making this Pim all the more recognizable and preferred for the presence of the complete set of requirements of a Competition-Class amulet of this series. 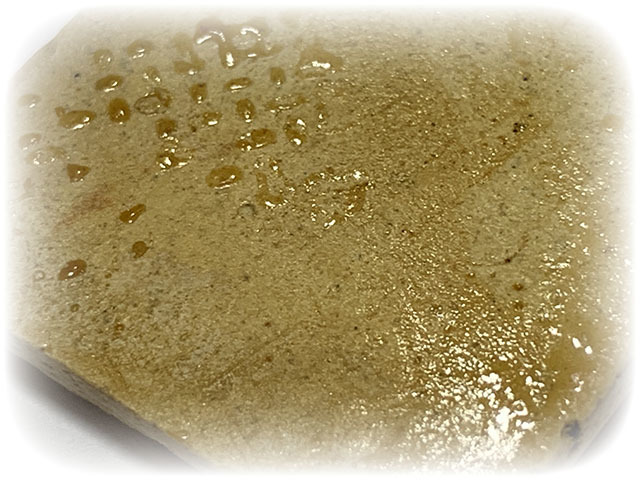 This Pra Somdej is a 'Pim Yai' Large Jumbo size model, and is one of the most highly sought after of the many different models of Pra Somdej in this edition. 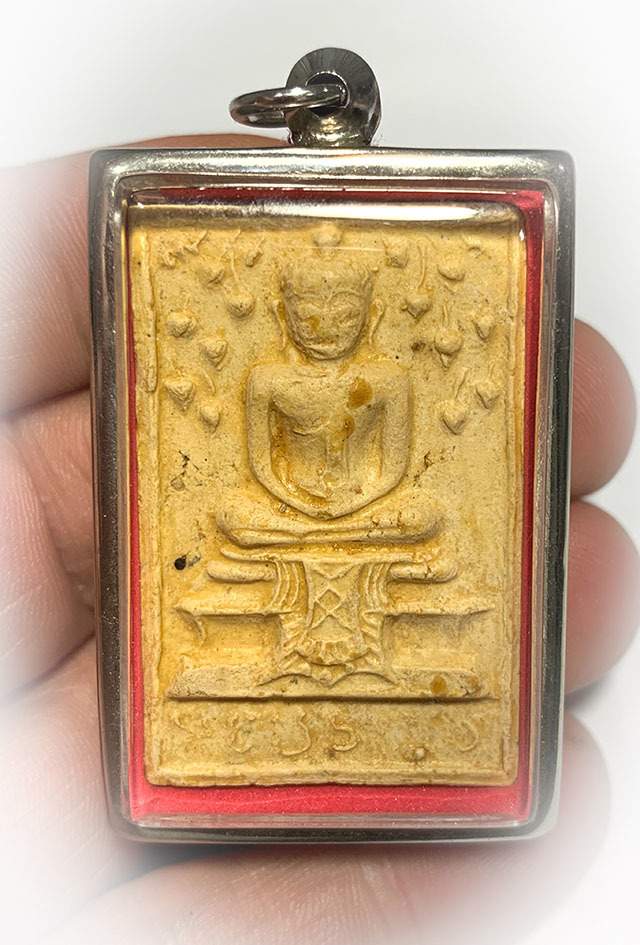 Containing his famous Muan Sarn Sacred Powders that are now legendary and priceless the world over. This particular exhibit has not yet been entered into competition, but is in our opinion worthy of a prizewinning status, and would easily take prominent lead in its category. This can be entered in any and all but the most high end competitions of world class category in both Regional and National competitions. It can stand its ground against many an amulet ten times the price, and would be proud to be worn by even the Multi Millionaire, simply because of its Class, Status and Revered Master Monk who made and blessed it. 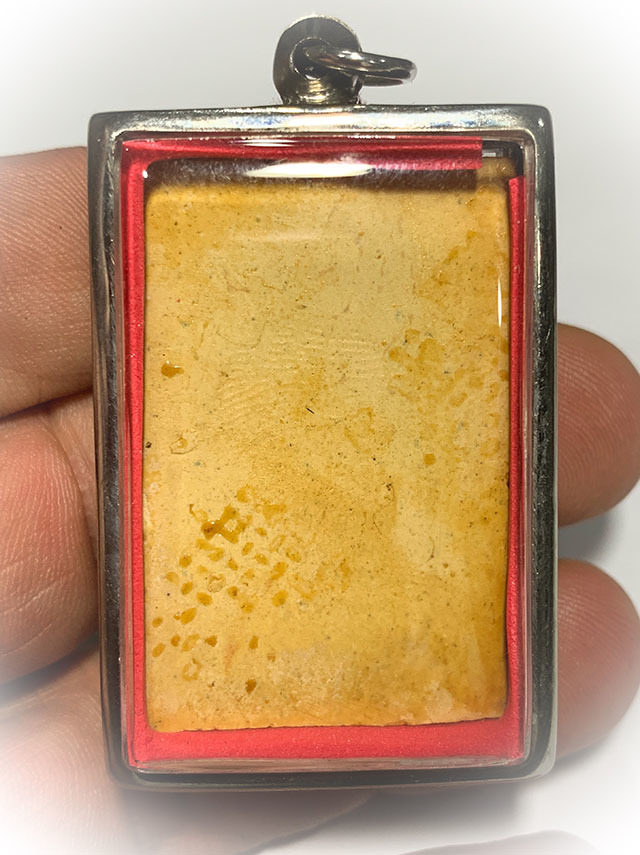 Officially catalogued and admitted into the top prize-giving competitions, this is a perfect amulet to begin on a smaller budget to enter into the High End Category of Thai Buddhist Amulet collectorship, and competition grade amulets for entry into the world of Pro-Collector Sacred Ancient Amulets of the First Class. There are many different colored mineral derived elemental substances, which give the amulet an inimitable appearance when you exmaine the surface textures to find the different components of the Muan Sarn Sacred Powders within the amulet, and if present, can authenticate and confirm its validity. 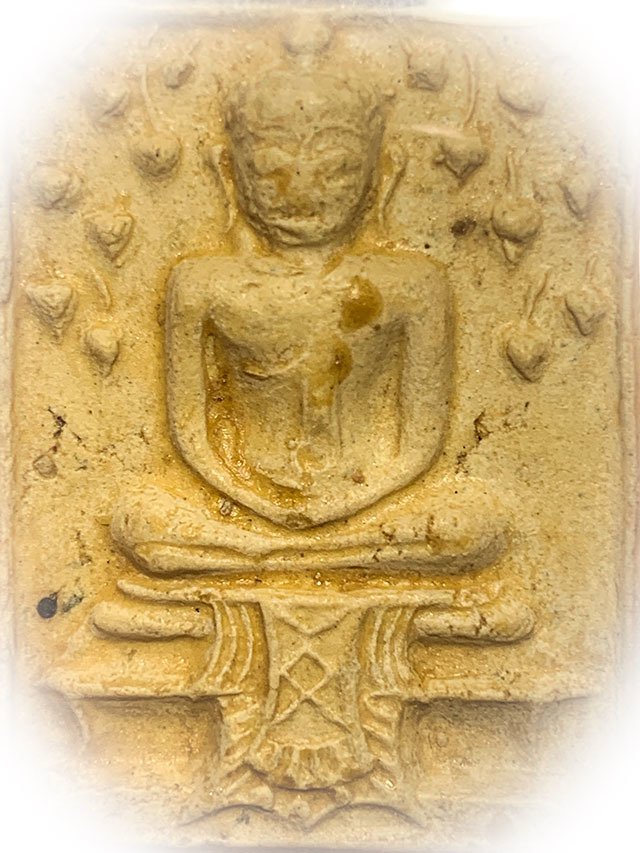 Especially considering how more affordable its price is, compared to other amulets from Luang Phu Tim, and the added benefit that this amulet is accepted just as easily into competition, as other amulets of a much, much higher price entry level., but which have quintupled in price in Thailand during the period between 2016 and 2020, and which is a iseries of amulets of LP Tim, which has become a highly preferred edition in its own right . 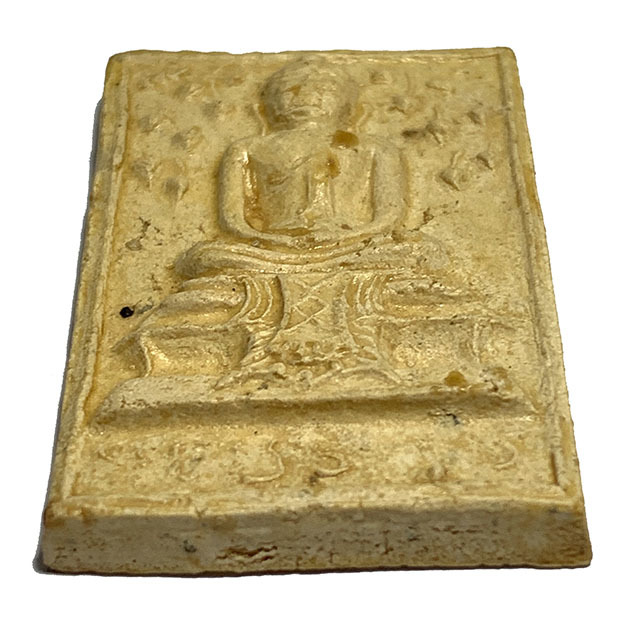 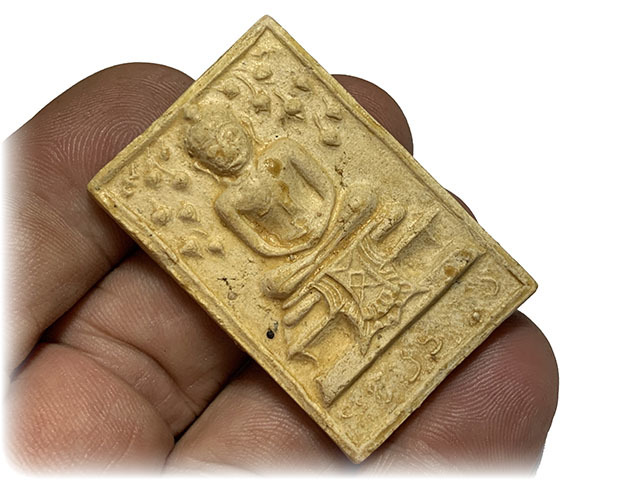 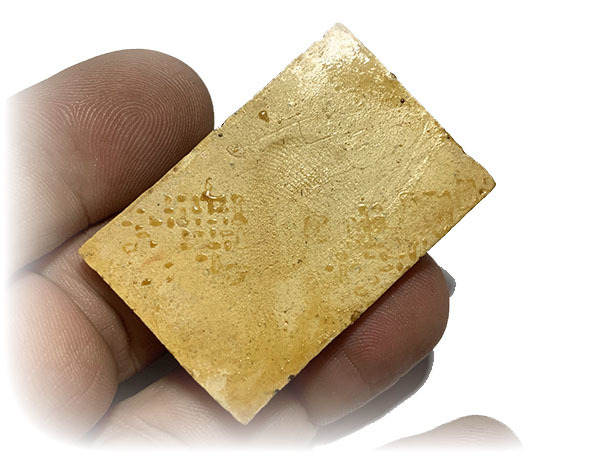 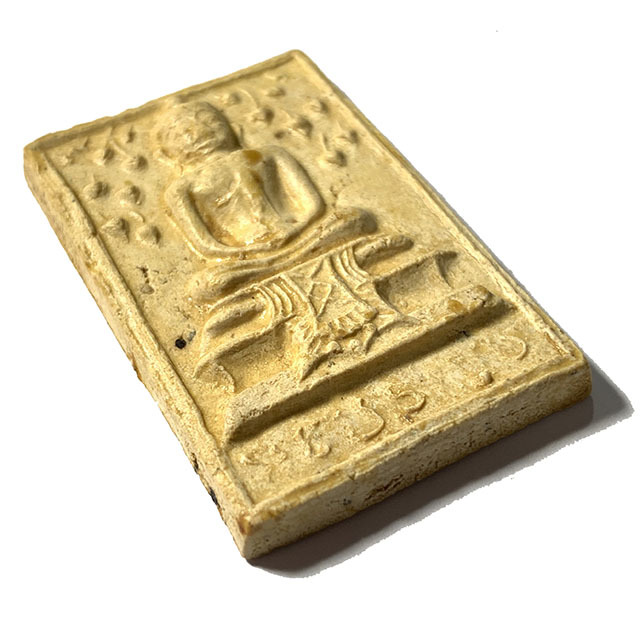 Luang Phu Tim Issarago of Wat Laharn Rai is perhaps most famous for his Pra Khun Phaen Prai Kumarn, and his ultra powerful and now totally depleted at the temple ‘Pong Prai Kumarn’ powders, used in his famous Pra Khun Phaen amulets and Look Om Pong Prai Kumarn Luang Phu Tim stands among the top ten Guru masters of Thai Amulet History, and Hence, this amulet can only be recommended for its status, sacred value, magical power, artistic appreciation, and collectorship value. Especially considering how low its price is compared to other amulets from this master, and the added benefit that this amulet is accepted just as easily into competition, as other amulets of a much, much higher price entry level. 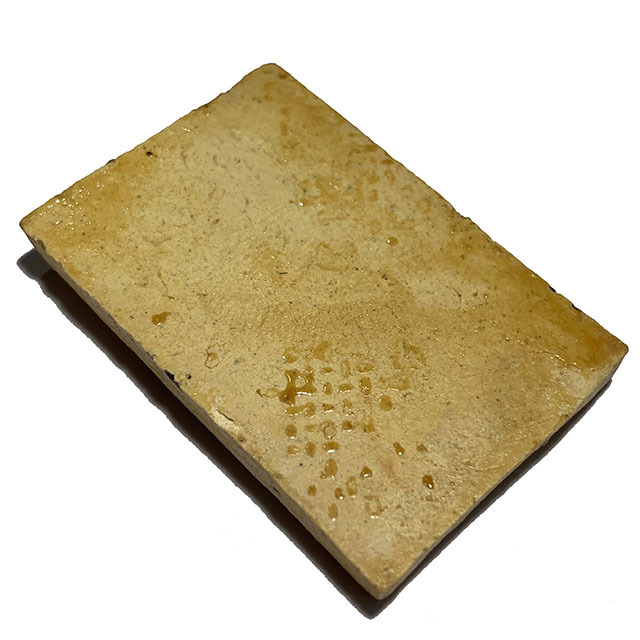 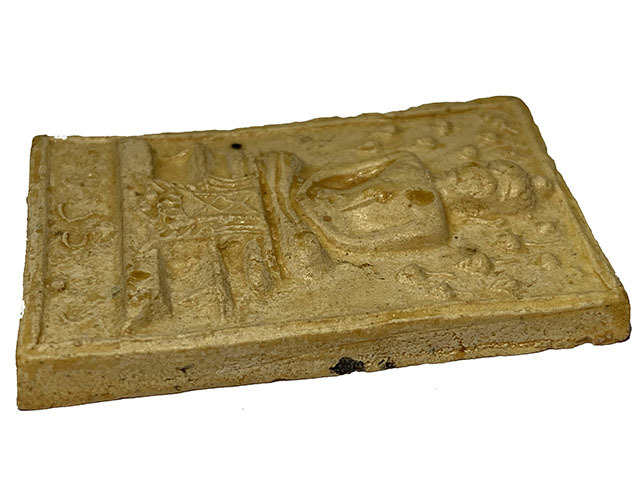 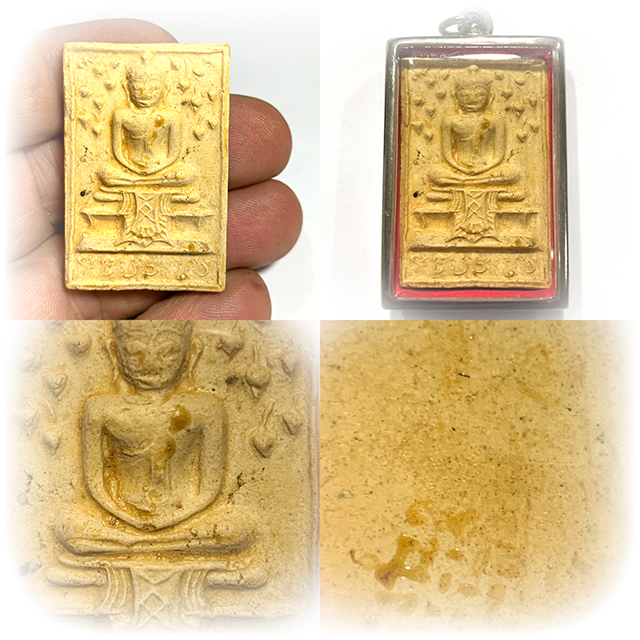