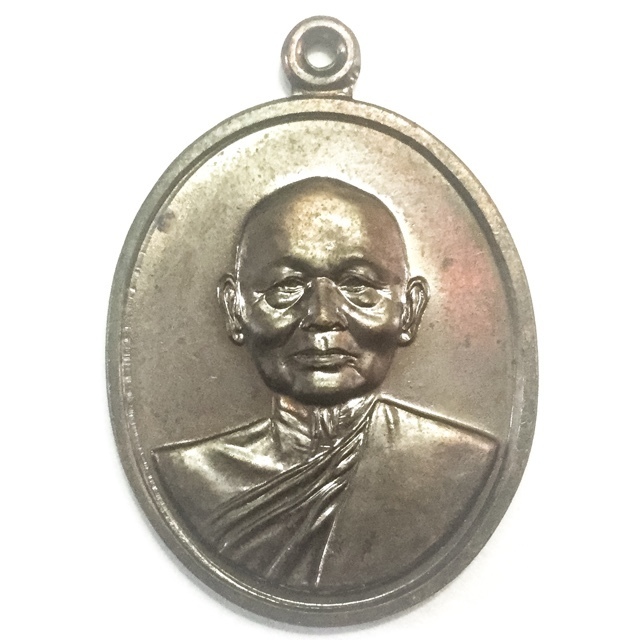 A highly esteemed classic, and an essential rarity for devotees and collectors of the pantheon of amulets of this great Master Monk. The coin is in pristine condition, making it an even more attractive acquisition for Bucha. The Yant Pu-soorn of Luang Por Pae (Pra Suntoratammapani Pae Khemangaro) is emblazoned on the rear face of the amulet, with the Syllable 'Ang' under an Unalome, and the Khom Kata 'Na Mō Put Tā Ya' embossed underneath it. 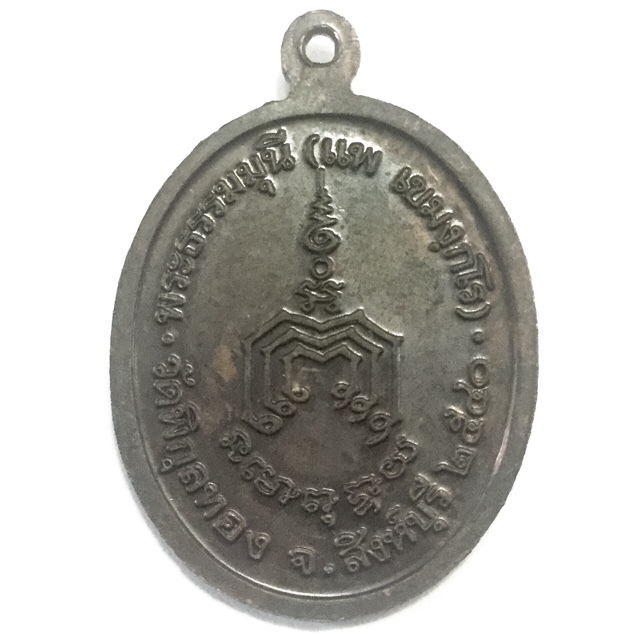 The words 'Pra Tamma Muni Pae Khemangaro Wat Pikul Tong 2540 are also written around the outer edges of the amulet on the rear face. The coin is made from sacred copper alchemical alloy and is a rian bpam style press amulet. 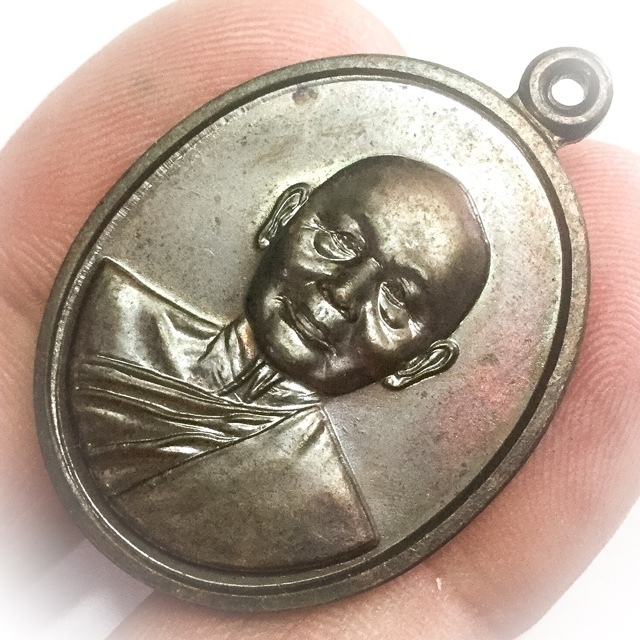 The front face of the amulet bears the image of Pra Tamma Muni (Pae) Khemangaro, otherwise known as Luang Por Pae, of Wat Pikul Tong. The details and crisp clarity of the refined facial features, and other countours within the imagery of the front face of the amulet, reveal a clarity of detail that can only be found in authentic coin amulets, and which forgers have yet to be able to emulate. 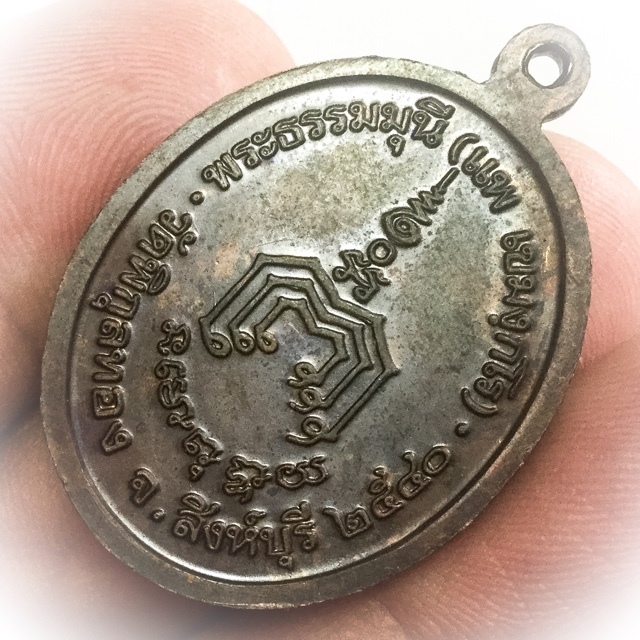 The coin is hence a very affordable 'Ongk Kroo' (teacher amulet), to use as a reference study to examine and accustomise your eyes to recognising how the details and clarity of authentic coin amulets should look like.

Luang Por Pae, or, better known as Somdej Sangkarach Pae, is one of the last half century's most reverent and long-standing respected monks of the royal procession of state esteemed monks, Who has excelled in both his behavioural practice as well as his academic studies and adepts applied practice of Vipassana Kammathana in the Thai Tudong Forest tradition. 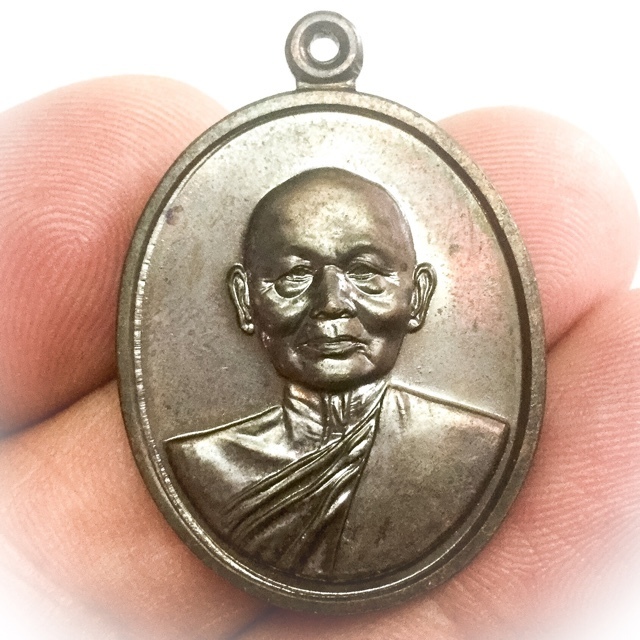 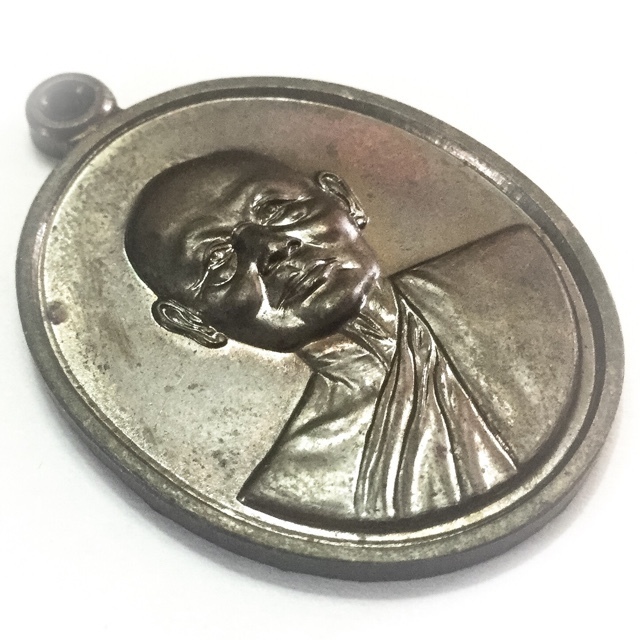 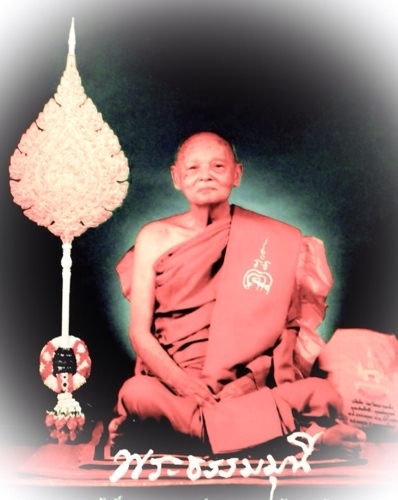 Luang Por Pae's sacred powder amulets are famous for the mass of Pong Puttakun that rises to the surface and leaves a fine layer of white mildew upon the surface, revealing empowerment by a monk with true purity of practice. 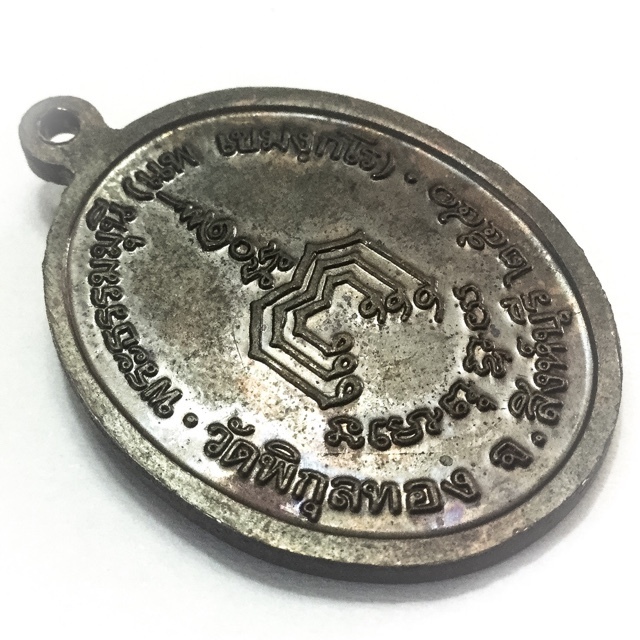 Even as far as western world, people have been snapping up and hiding and stashing away his Amulets for decades, like treasure that may never be found again, which is indeed going to be true pretty soon. 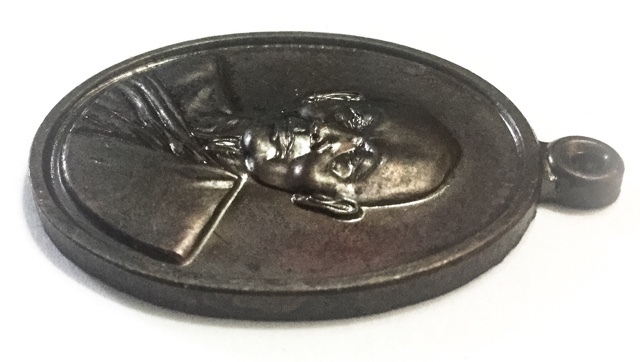 This has resulted in an accelerated depletion of his Amulets, despite the fact that classic Amulets made according to the official formulas such as the Pra Somdej amulet, made numbers of up to 84,000 per edition they have still managed to begin to disappear from the public view. Coin amulets are always made in much smaller numbers, and are much rarer than sacred powder amulets in general. 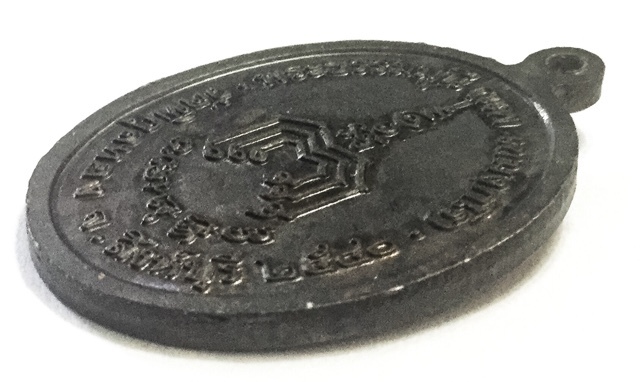 The amulets of Luang Por Pae, are now not only becoming classics but also extreme rarities and the next decade can expect to see these Amulets becoming immensely difficult to seek out. We can now expect to see the last remaining Pae amulets to also slowly deplete, as they be come ever less, and the fast population increase around the world, causes an ever accelerating process of depletion. 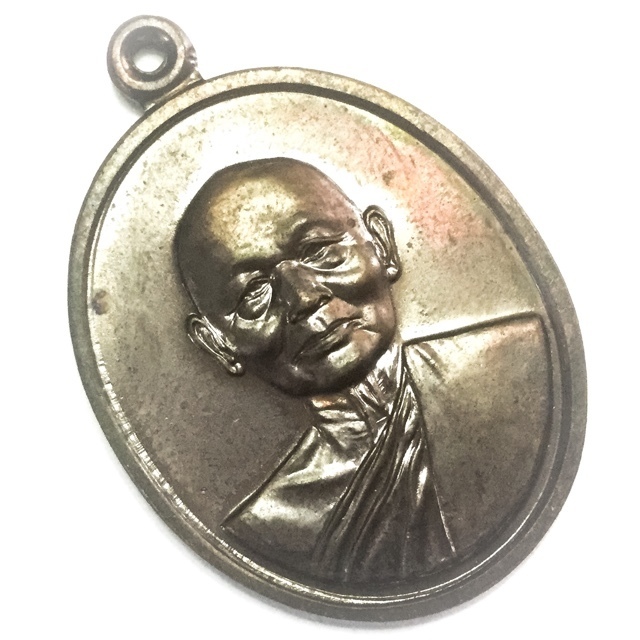 Humanity's numbers are increasing rapidly, but the amulets of the Great Deceased Masters, can only decrease ever more, as time passes. We can hence assume, that the amulets of Luang Por Pae can already be seen as immensely Sacred treasures of immense rarity. 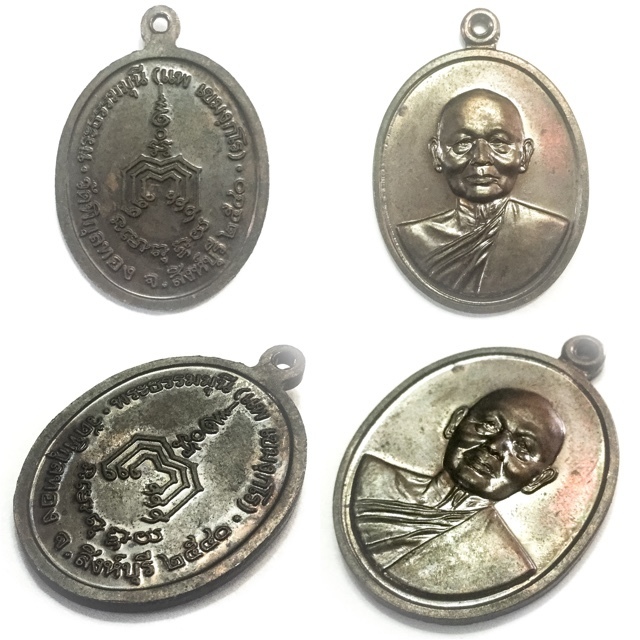