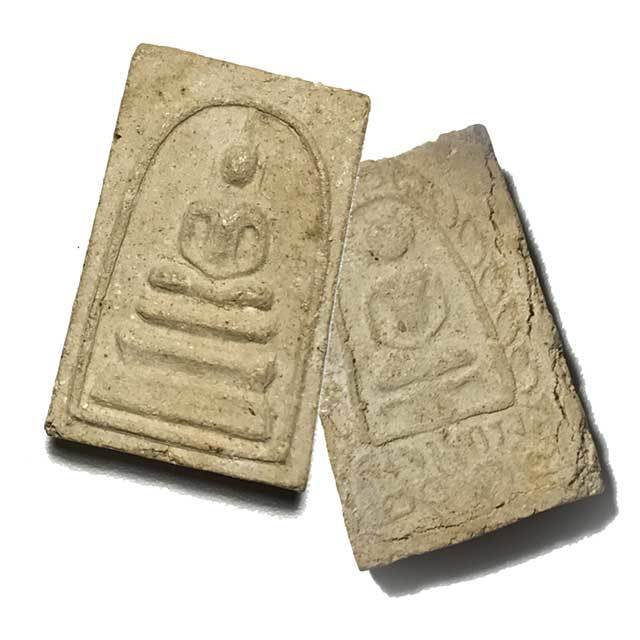 Pra Somdej Hlang Roop Muean Run 2 Luang Por Lamoon Wat Sadej Fang Takrut 1 Dork 2512 BE - in Nuea Pong Puttakun Pasom Pong Ittijae, with single Takrut inserted into the base of the amulet. A very rare amulet from this Pathum Thani Province Master from the year 2512 BE, which was made in special 2nd edition after the 2511 BE Release

The front face of the amulet features the image of a Buddha on a 3 tiered dais, seated in the 'Pang Samadhi' meditation posture with both hands clasped together on the lap. A single Takrut spell is inserted into the base of the amulet. 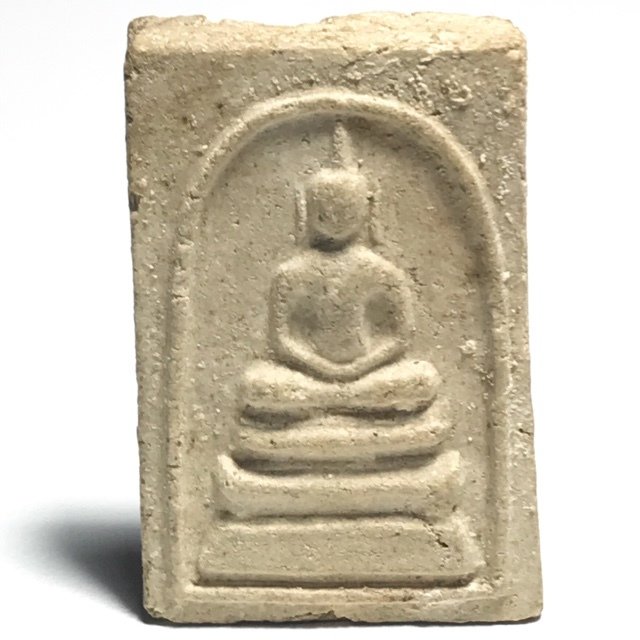 The rear face of the amulet features the image of Luang Por Lamoon seated within a decorative flamed arch, with the release date embossed on the lower section of the amulet below the arch in Thai numerals (2512 BE - ๒๕๑๒) 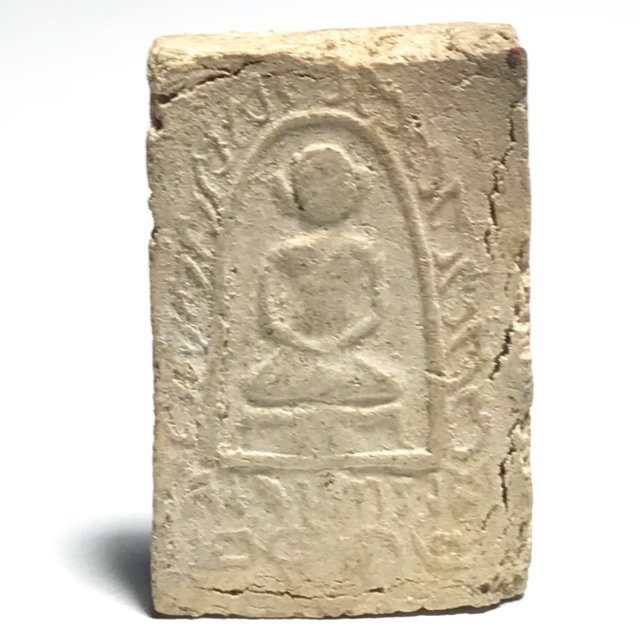 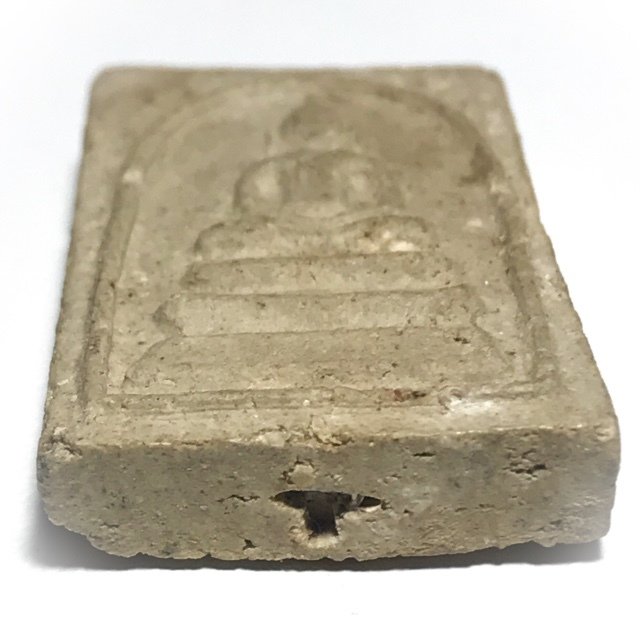 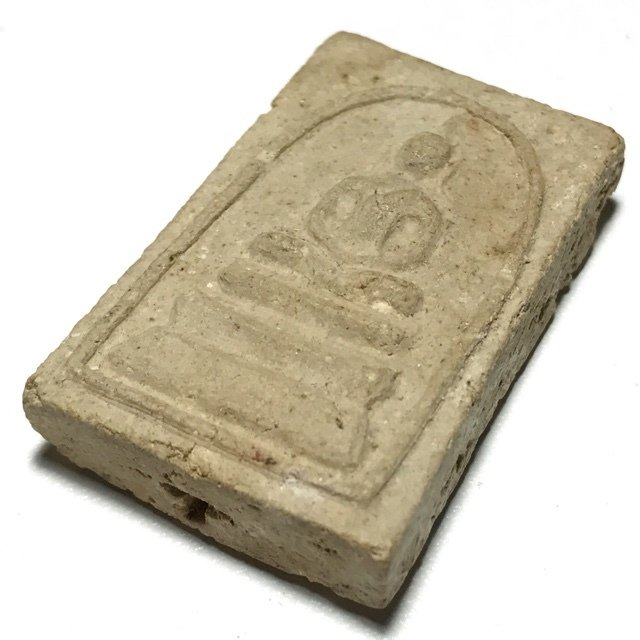 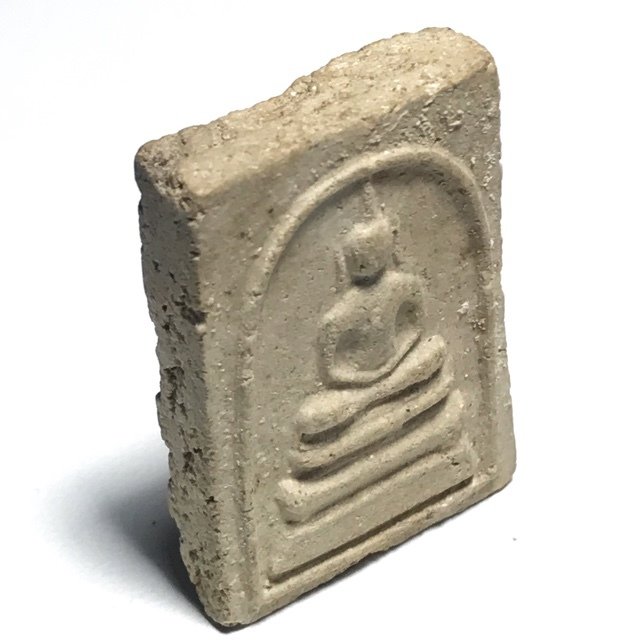 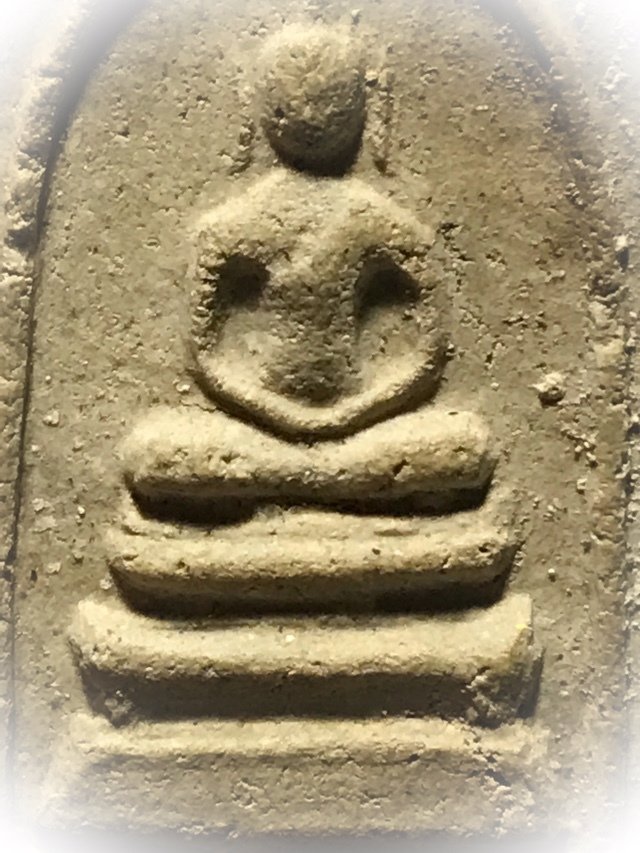 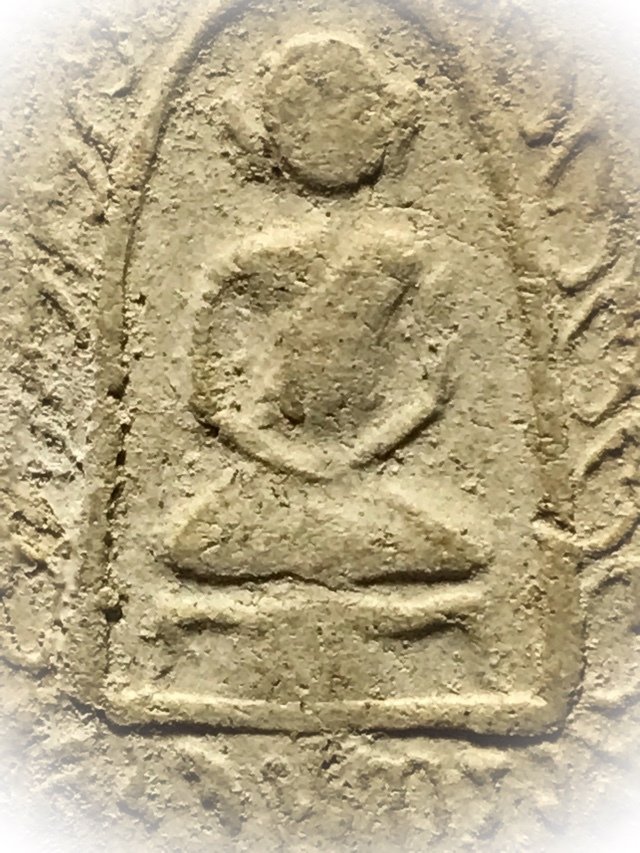 Luang Por Lamoon would make his Pra Somdej in the same manner as, but with slight differences to those of his Mentor Luang Por Tian, to distinguish them from one another. Some models would have Takrut spells inserted into the base, ranging from 3, 5, or even 9 Takrut inserts, all of which are very rare to find, and very sought after by collectors and devotees of Pra Somdej amulets. 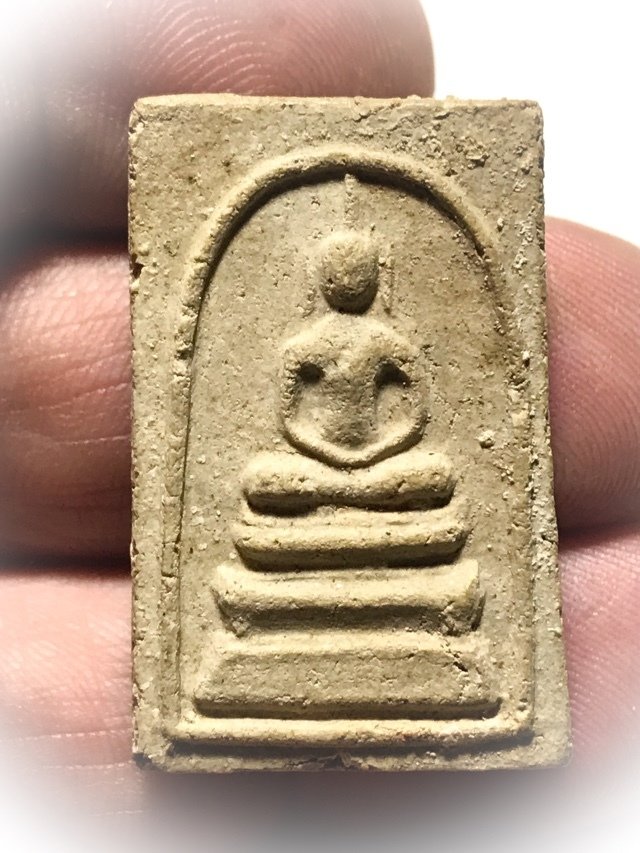 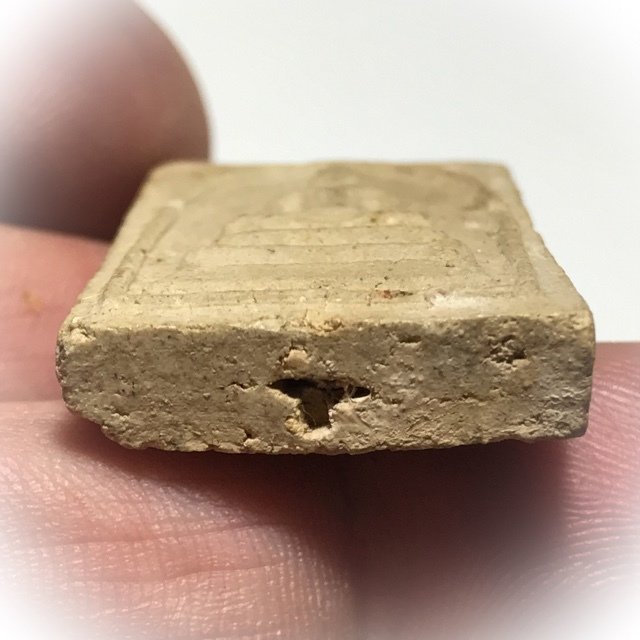 The Pra Somdej of Luang Por Lamoon are included within the official Tamniab of the Dtamra Pra Somdej as classics of high esteem and enjoy an eternal place in the list of the Great Pra Somdej amulets opf Historical Fame. Luang Por Lamoon was and remains in memory as one of Great Masters of Yesteryear of the Pathum Thani Province 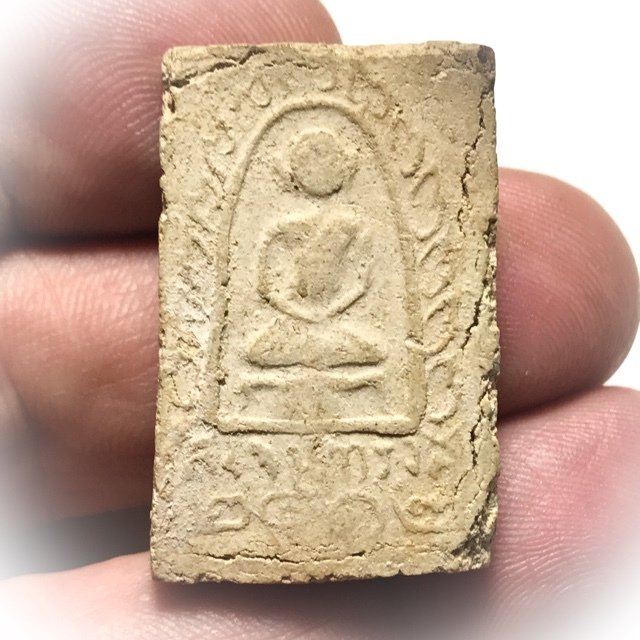 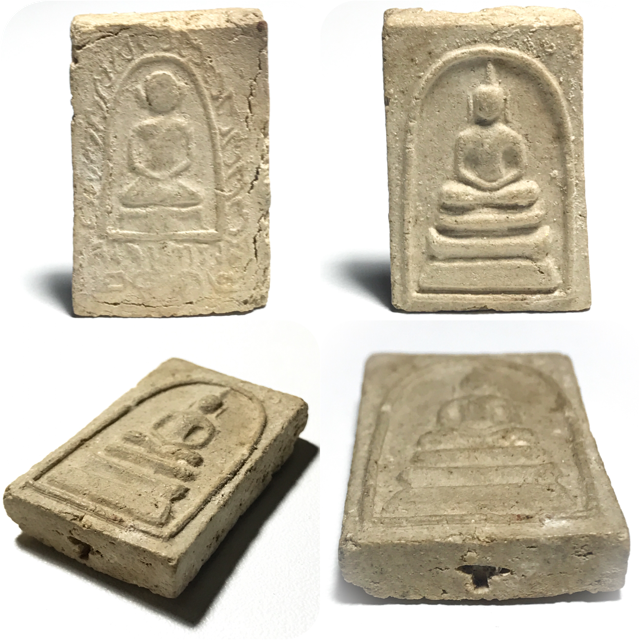