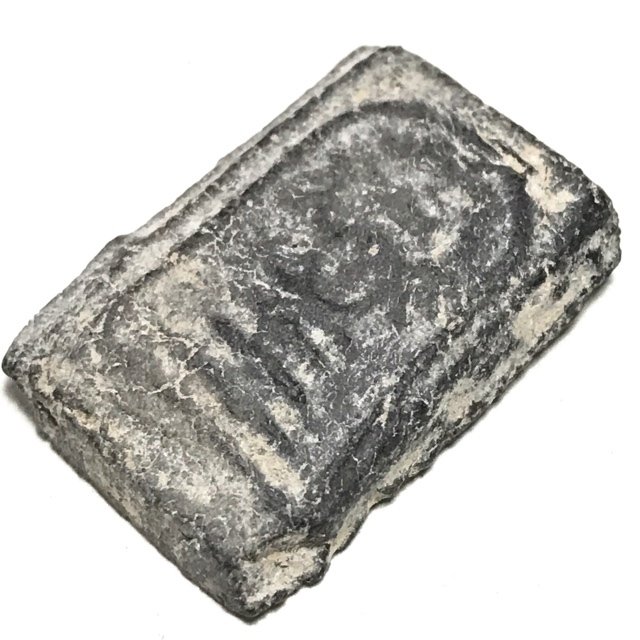 A Master-Class Amulet blessed by two of the greatest and Most Powerful Master Monks of all time, Luang Phu Sukh and Luang Por Parn, the Somdej Rasamaa Kru Klong Khom amulet is an Immensely rare acquisition, which has become a legendary Pra Niyom preferred class amulet ever since the discovery of this Sacred Pra Kru hiding place amulet becoming universally confirmed to have been blessed by the great Luang Phu Sukh, of Wat Pak Klong Makham Tao, and Luang Por Parn, of Wat Bang Nom Kho, in Ayuttaya.

The Pra Somdej Rasamee Nuea Pong Bai Lan (black color burned Parchment Grimoire Soot), was made around the year 2460 BE, and was blessed by the two great Masters of Olden days. who ordered them to be hidden in the Wat Klong Khom Kru Burial Chamber of the Chedi Stupa, where they remained until their recent discovery some years ago.Below. The rear face of the amulet reveals the classic inherent aspects of Muan Sarn Sacred Powders content with the white Kraap Bpaeng mildew risen to the surface, making this exhibit extremely easy to authenticate with the naked eye 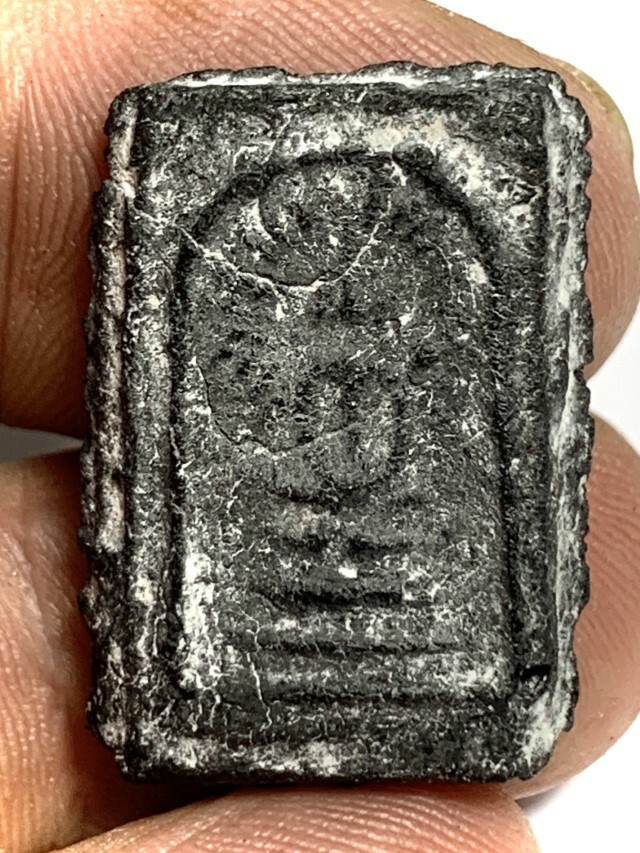 Free Express Shipping Worldwide is Included. The Pra Somdej Rasamee was made in Granular Pong Bai Lan (black color), and Creamy Pong Puttakun (white color). There are also a very few rare examples where the Pong Puttakun turned a shade of pink, which are the most highly preferred of all. In truth there were many different block presses used to make the whole batch, which results in a large variation in the small details of each block press. 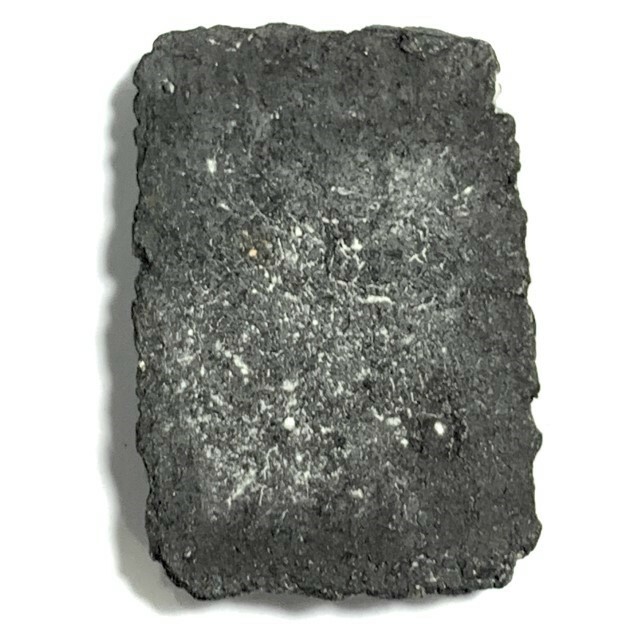 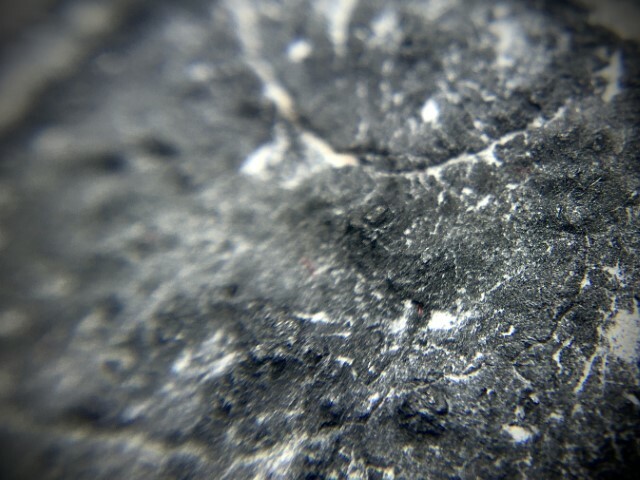 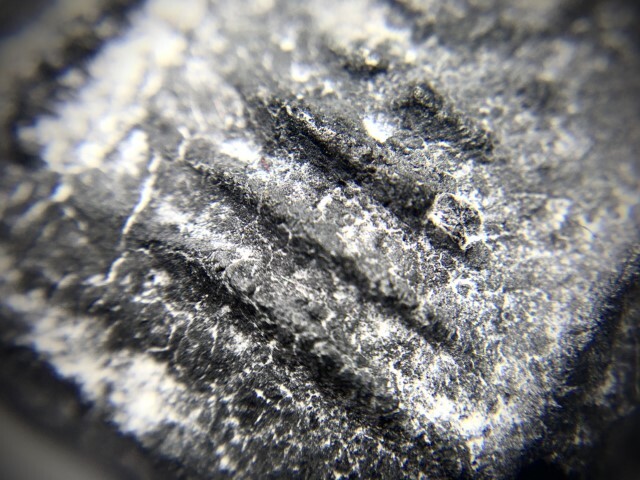 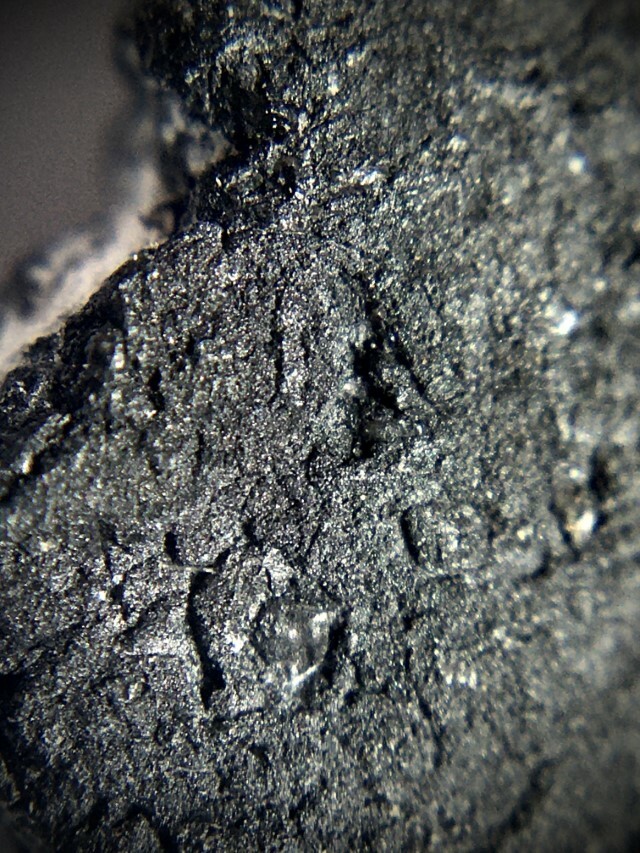 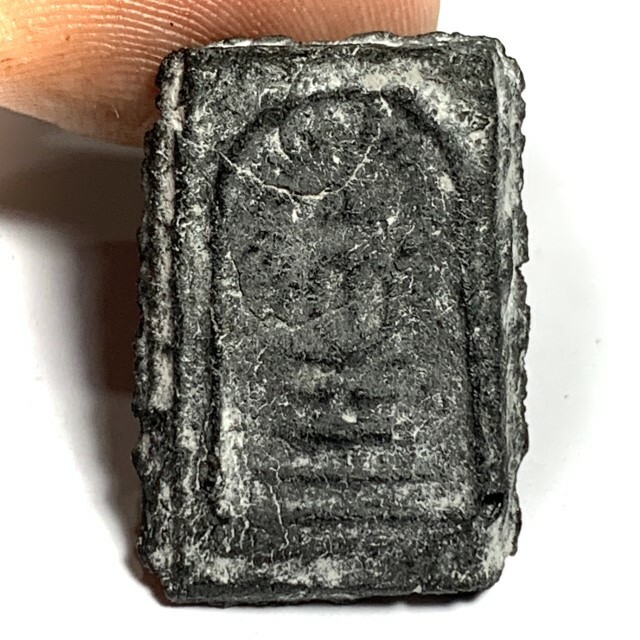 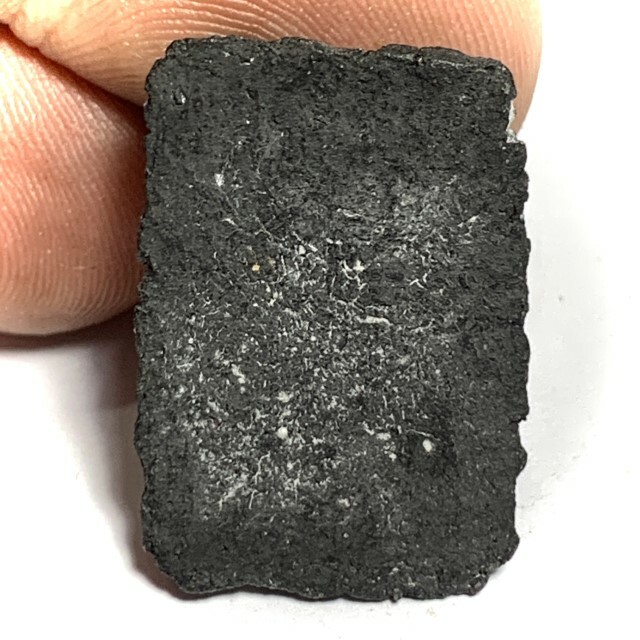 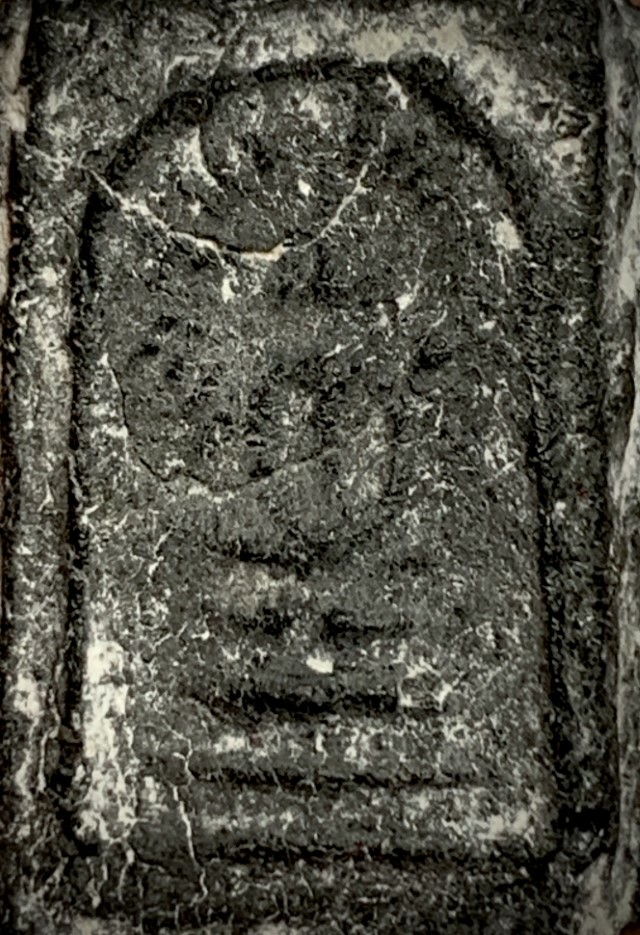 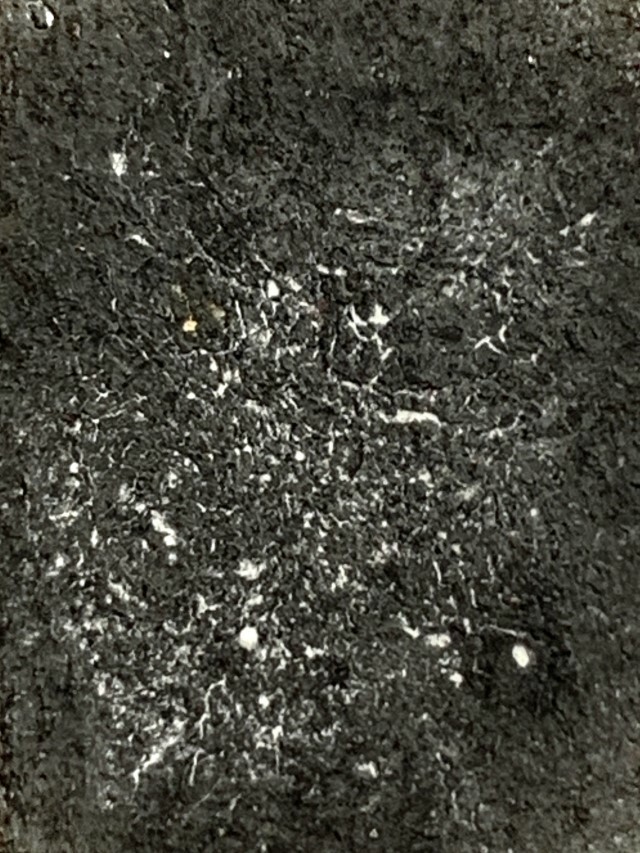 Below; example of solid silver casing to help you visualise the look and feel of silver encasement with this amulet, if you are considering the option of silver 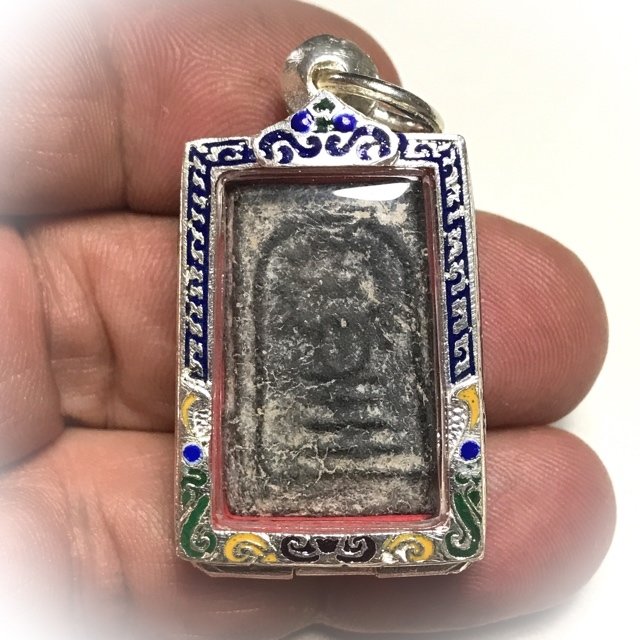 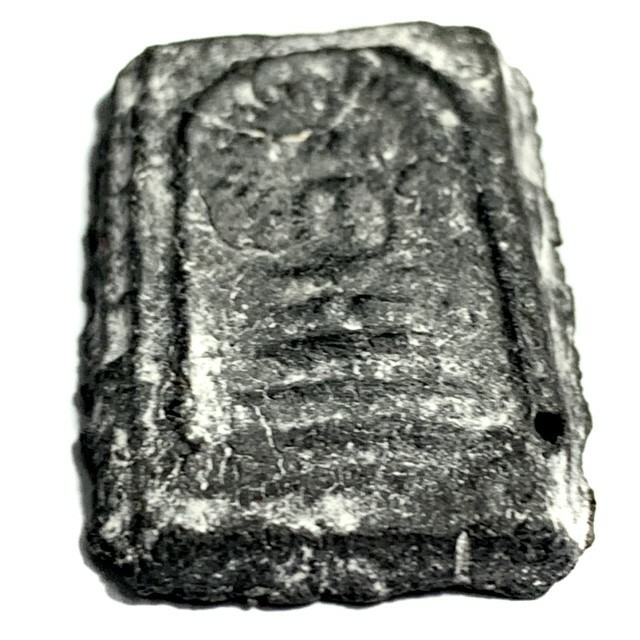 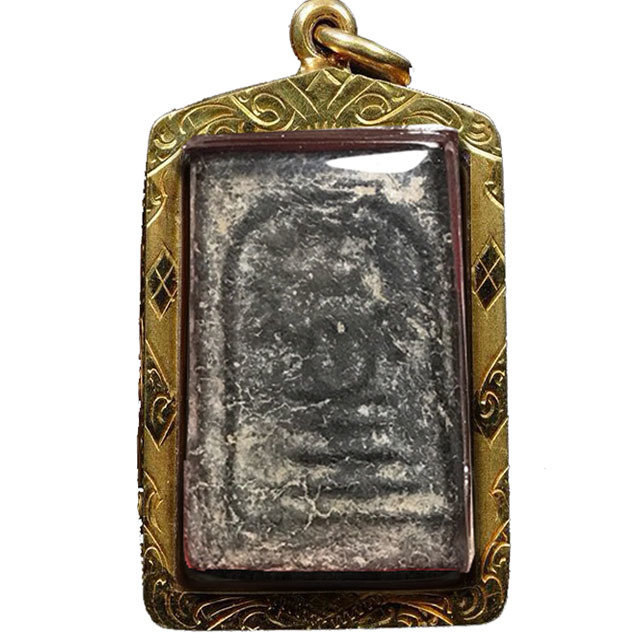 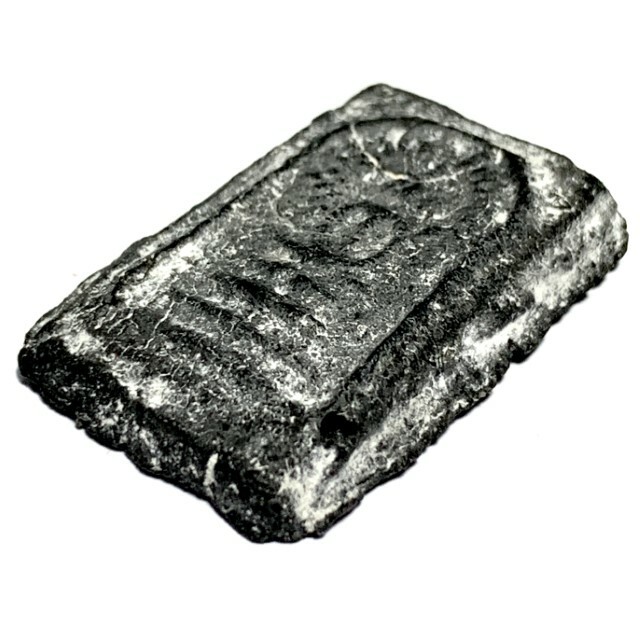 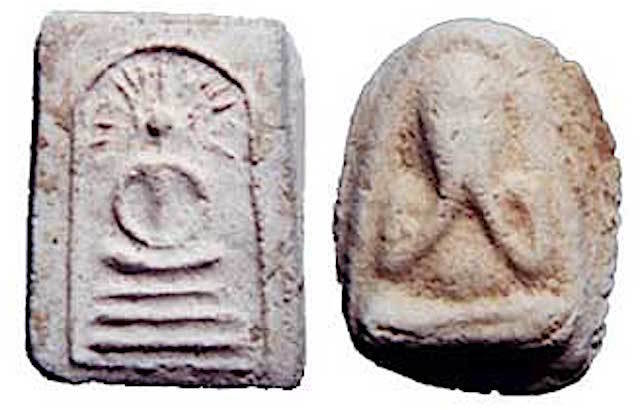 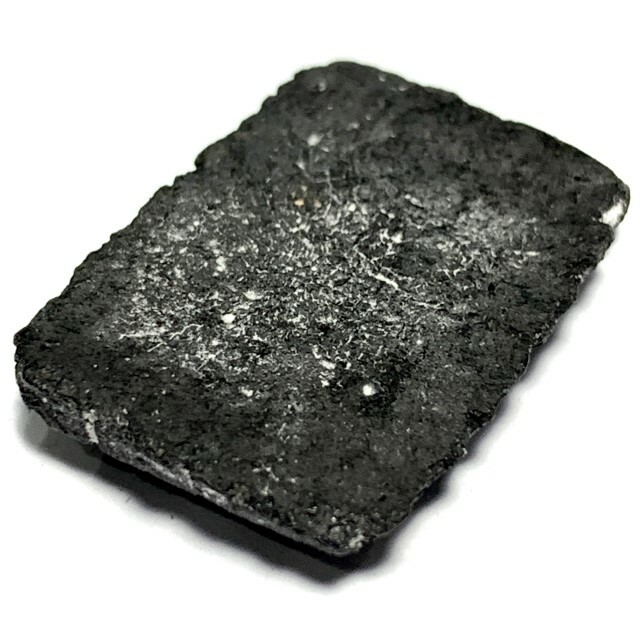 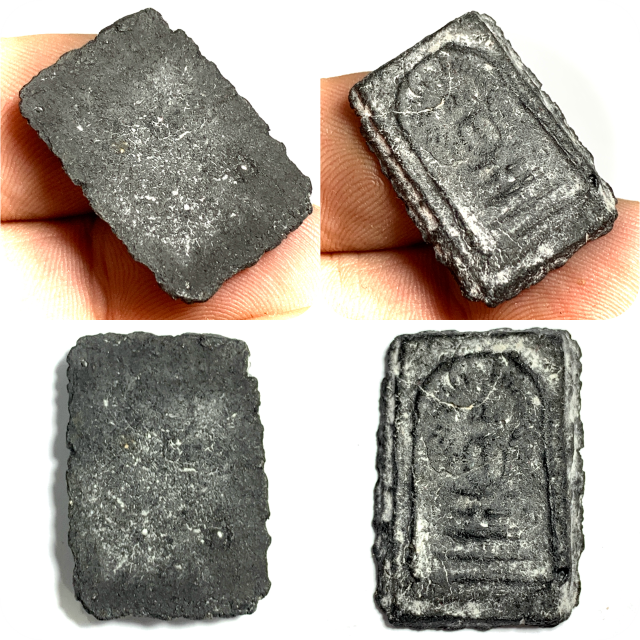