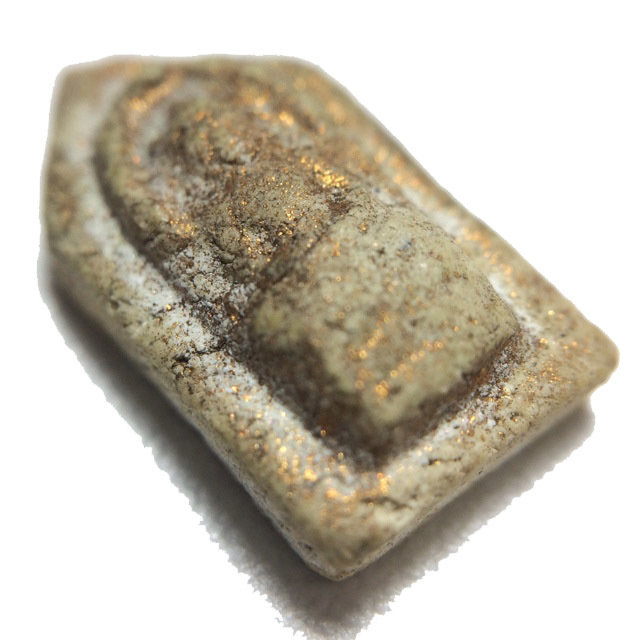 Pra Prok Bai Makham (Pra Nakprok) Pim Prok Joy Nuea Pong Prai Kumarn Long Sai Rae Tong Kam miniature Saturday Buddha (Buddha on Naga Throne with seven headed Naga canopy). A classic Pra Niyom preferred amulet of the Great Luang Phu Tim, of Wat Laharn Rai, that is an eminent member of the panteon of most highly preferred amulets of this master. The amulet comes with the authenticity certificate and memorial box given with it after certification in the first 2560 Competition at the Luead Ban Kaay Amulet Society in Rayong. 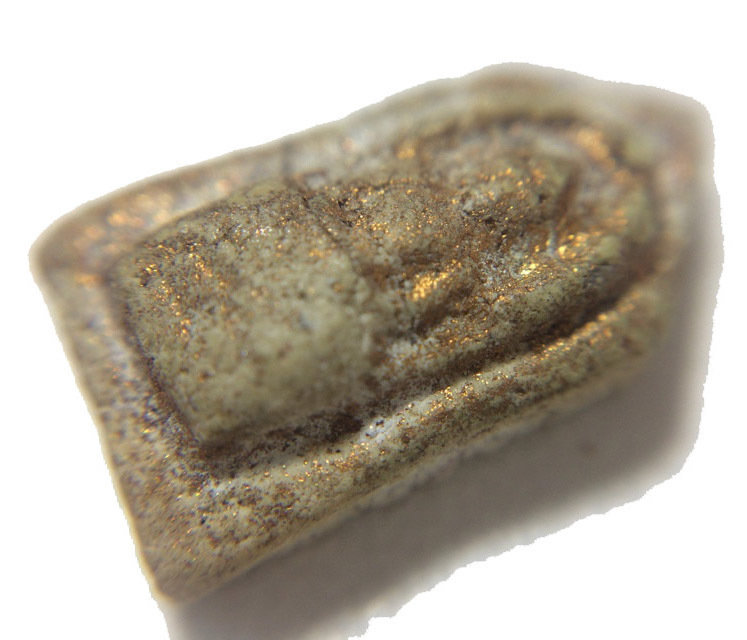 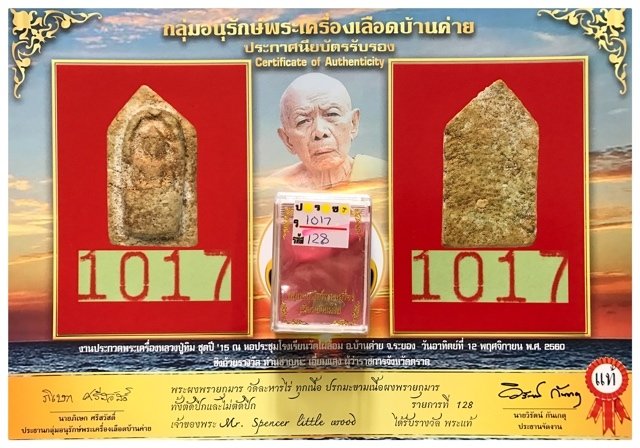 Somewhere around 200 amulets were officially recorded as being pressed (although it is likely that more were pressed in reality). it is said that 200 were made in Pong Prai Kumarn powders, and another 200 in Bblack bailan powders from Wat Sutat temple. A third type was pressed using Nuea Pong Dam Sadta Nakae (seven Nagas admixture), which was the first ever version Luang Phu Tim made, of which around 5000 amulets were pressed. 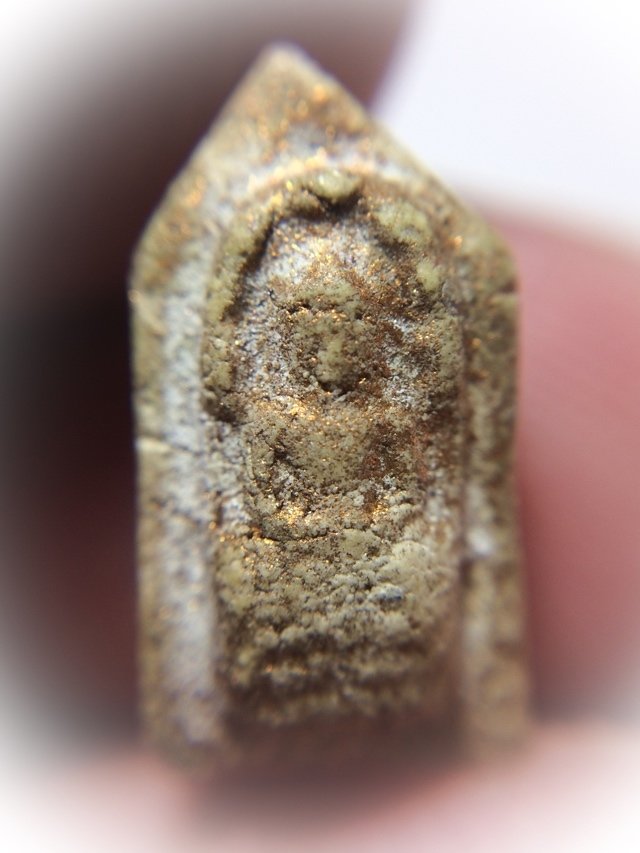 This exhibit is in absolutely pristine condition, which under close perusal under the eye loupe reveals the amulet to be made from a high concentrate of Nuea Pong Prai Kumarn. This is a most Powerful Muan Sarn filled with Maha Sanaeh, Maha Lap, Maha Pokasap Metta Maha Niyom. Visually, this type of sacred clay has a very soft and fluffy appearance, which further observation under the eye loupe reveals true depth and dimension, and is full of the classic characteristics of Pong Prai Kumarn powders present within the Muan sarn clay. 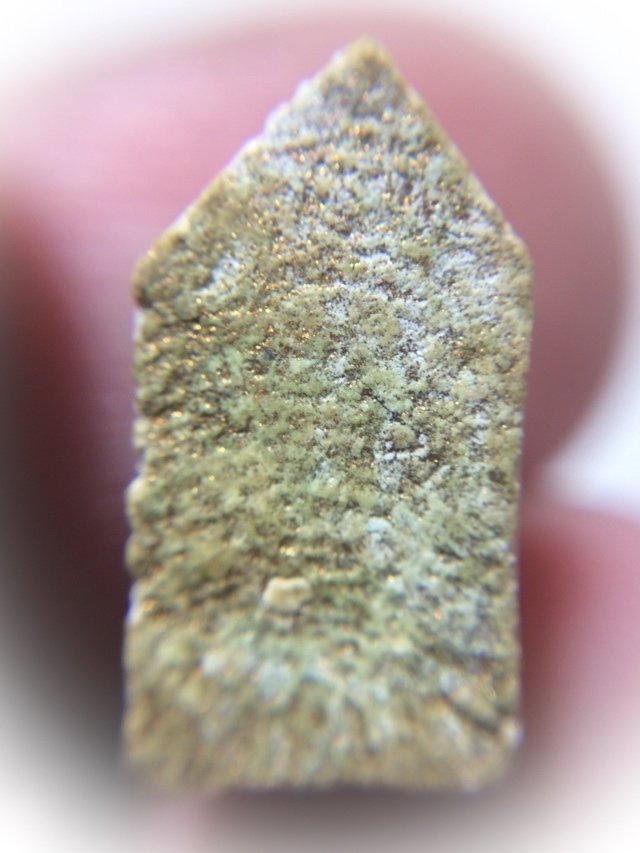 The Muan Sarn Sacred Powders of the various types of Pra Pong Prai Kumarn Luang Phu Tim, are renowned for their power, made from the skullbone of a Hoeng Prai. Luang Phu Tim's Pra Pong Prai Kumarn amulets are amongst the rarest and most highly sought after amulets in Thailand, and are very difficult to encounter, due to having been made in small number editions, which is nowhere near enough to provide for the masses of devotees around the world who seek such amulets.

One can see a very fluffy and rich texture to the Sai Rae golden coating on the surface of the amulet, in reaction with the Muan Sarn Sacred Powders. It is a part of the amulet appreciation society expert's method of authentication to examine and study the appearance of how the Sai Rae Tong develops in surface texture, tonality and porosity of the surface, as well as the appearance of Luang Phu Tim's famous Pong Prai Kumarn which rises up and through the surface. 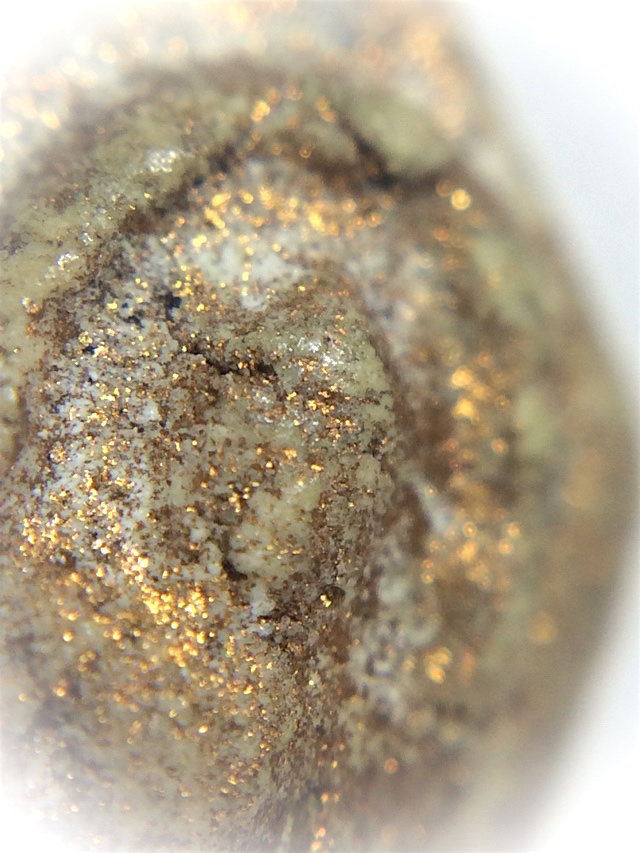 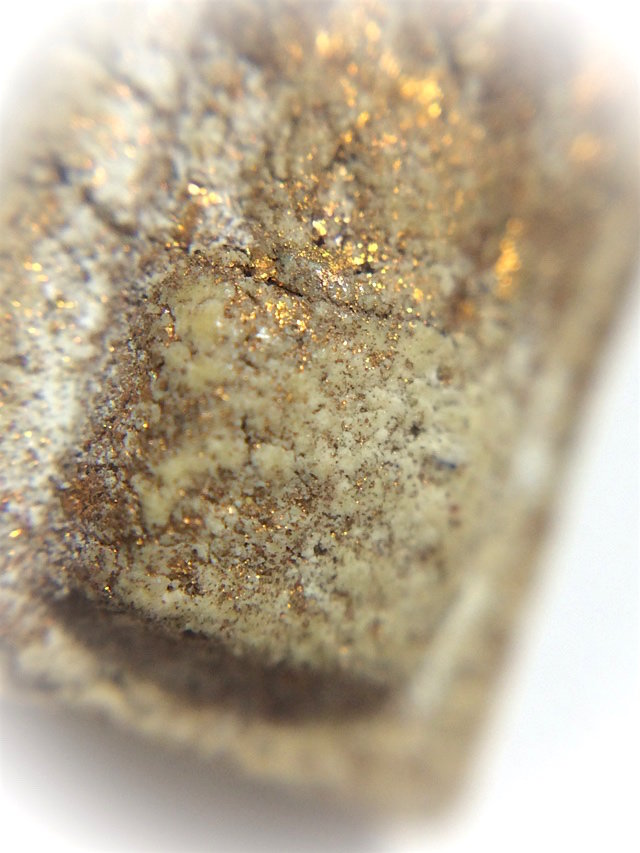 Due to the fact that Monks are not allowed to seek and find this Sacred and Extremely Powerful Necromantic Substance, Luang Phu would perform Korb Kroo Initiation for protection against Black Magic and the Phuudtaa Spirit Phantoms, so they could go forth to seek and find the substances to donate to him for the making of the Pong Prai Kumarn.The Initiated Lay Devotees and Apprentices to his sorcery, would then wait for the news of the right circumstances of death of Kumarn Ghosts, and go out to collect the substances and prepare them as instructed with the Wicha. 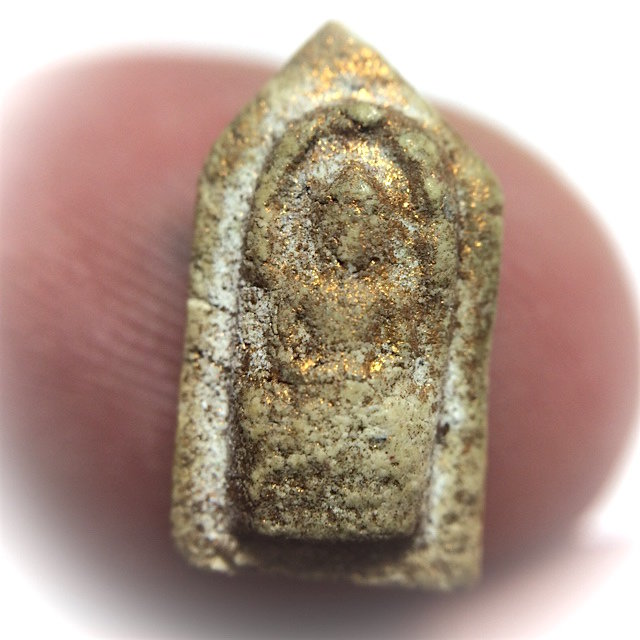 They would seek the permission of the relatives of the dead, to obtain the substances to enable the ghosts of the deceased to receive merits to free them from their Karmic residues by donation of their mortal remains to be made into amulets. They would receive the ceremonial ritual liberation of their souls from Luang Phu Tim, who would speak with the spirits of the dead to receive their acknowledgement for the process of transformation through the Nibbana Sutra, and the Muan Sarn would then be prepared according to the Dtamra Saiyasart of Necromancy, to make the Pong Prai Kumarn. 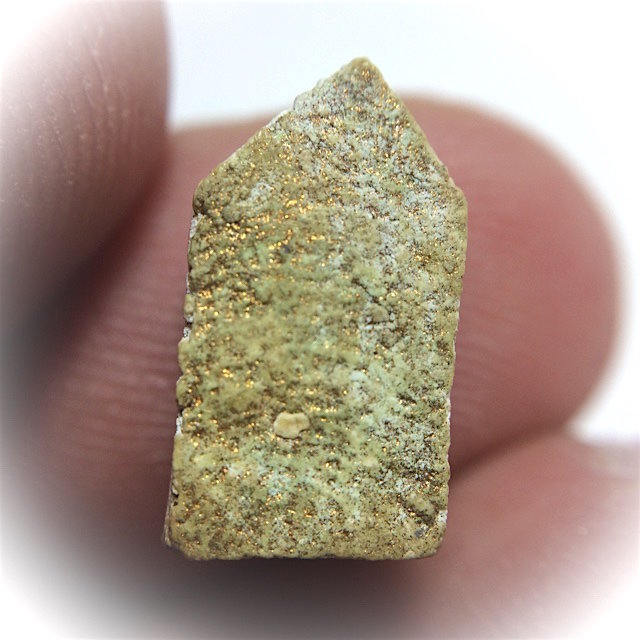 Luang Phu instructed his apprentices and the relatives of the Funerals to take care not to incinerate the whole skeleton, but to keep the skulls to bring to Luang Phu to use them for the making of the Pong Prai Kumarn. This is one of the reasons why his Pong Prai Kumarn is so powerful, because it does not contain the skeleton bone powders, rather, only those of the skulls. As a result, Luang Phu Tim's Pong Prai Kumarn has been recorded by experience of devotees to posses the highest Maha Pokasap Power of all Pong Prai Kumarn ever made, with Immense Metta Maha Niyom and Klaew Klaad Power, to induce Mercy Charm, Attract Lucky Fortunes (e.g. Lottery Winnings), and to Protect from Deadly Accidents and Disasters. 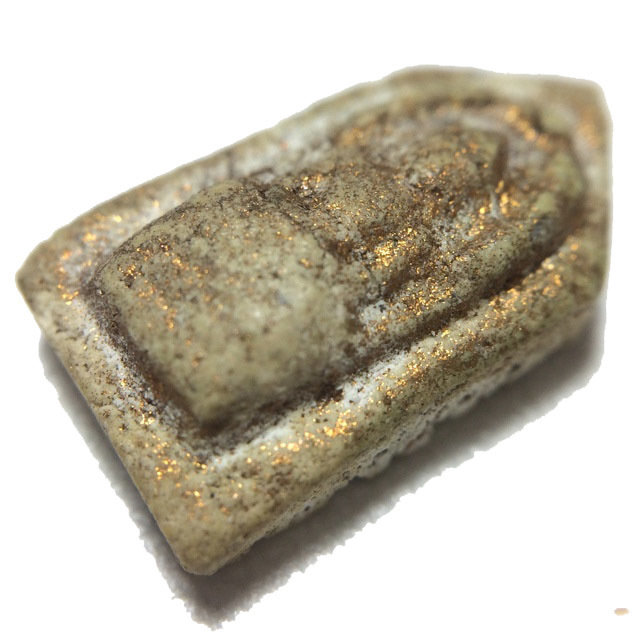 We ourselves feel that all of Luang Phu Tim's amulets (regardless of lower or higher price range), are equally Sacred and Powerful in their own way, regardless of which edition or which temple he blessed them at. But we do, as do all Amulet Appreciation Fanatics, recognise the categories of preference within the hierarchies of different editions, which is for us one of the more subtle and fascinating parts of the study of high end amulets within the collector scene, and part of the fine art of learning how to recognise and value Sacred Amulets of High Preference and Rarity. The Muan Sarn Sacred Powders of the Pong Prai Kumarn of Luang Phu Tim, are considered to be amongst the most powerful powders to empower amulets in existence. 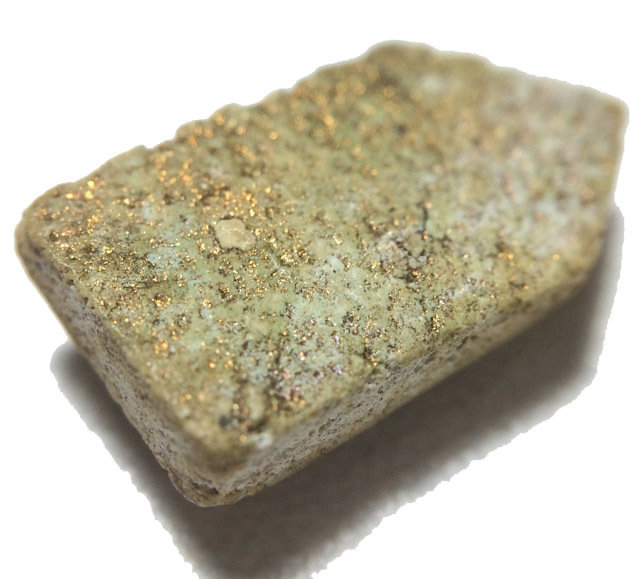 This amulet is a wonderful opportunity for devotees who seek the true power of a world class amulet from a world class edition, and a wonderful Ongk Kroo reference study exhibit to peruse under the eye loupe. The amulet is a perfect and authentic study material, to train the eyes as to the appearance of the Muan Sarn and Surface textures of the Classic amulets of Luang Phu Tim Hence, the amulet is also a perfect 'Ongk Kroo' reference study material for students of the Pantheon, and will increase your chances of spotting an essential rarity at the right price, and without danger of risking a fakery. 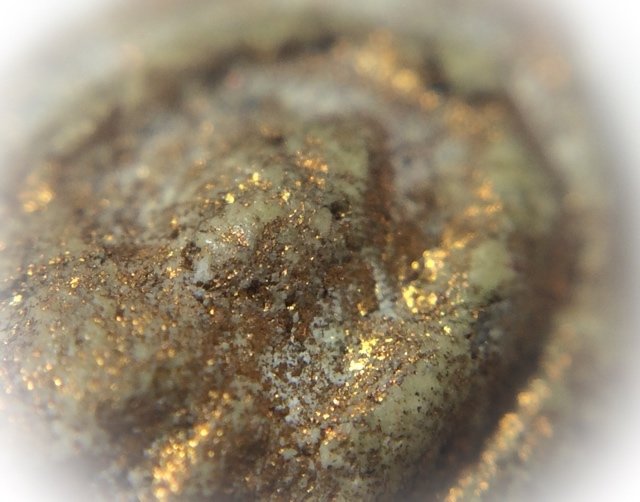 We highly recommend this amulet as a sound investment and an extremely rare opportunity to obtain and be the proud owner of an authentic Wat Laharn Rai release model of the Eternal Classic Pra Prok Bai Makham Pong Prai Kumarn 2515 BE, of Luang Phu Tim. Luang Phu Tim Isarago, is of course not only one of the most highly acclaimed and sought after Guru Monks for his amulets, he is the holder of the highest esteem in Thai Buddhist amulet history for Pong Prai Kumarn powders. Luang Phu Tim, is Internationally Acclaimed, for his famous Pra Khun Phaen Pong Prai Kumarn, and Look Om powder balls. As to the classic 'Rian' type coin image amulets which have become all time favourites, and eternally, world famous classic amulets of the high end variety. His rian Jaroen Porn, and Rian Nakprok Paed Rorp are amongst the most highly sought after coin amulets of all. 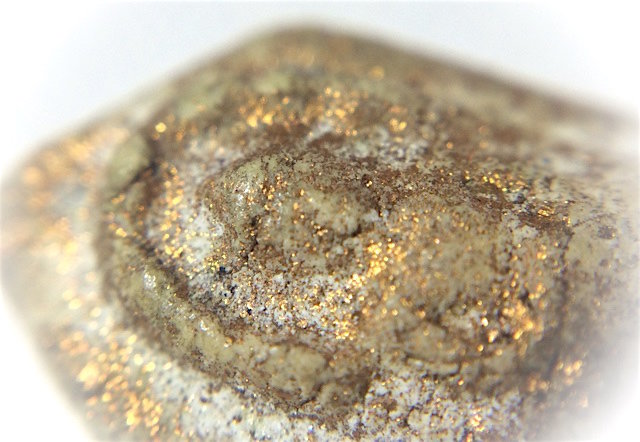 The Nakprok Buddha is prayed to by all of those who were born on a Saturday, as well as all Buddhists when praying on a Saturday.

The Pra Nakprok is an image of the Buddha sitting in Samamadhi (concentrative meditation), on top of a Naga, the Naga's head is raised over Buddha's to form a canopy. It is known as "Bpaang Nakprok" The Buddha remained in blissful rapture under the Acabhalanikaroda for seven days, whereupon he moved to the Mucalinda tree to the Southeast side of the Bodhi tree.

A terrible rainstorm began, pouring down on the forest for a whole seven days without stopping. Payanaga Mucalinda, who was King of the Nagas, came up from the naga Realm in the underworld and coiled himself underneath the Buddha, making a cushion seven stories high, to keep him dry. 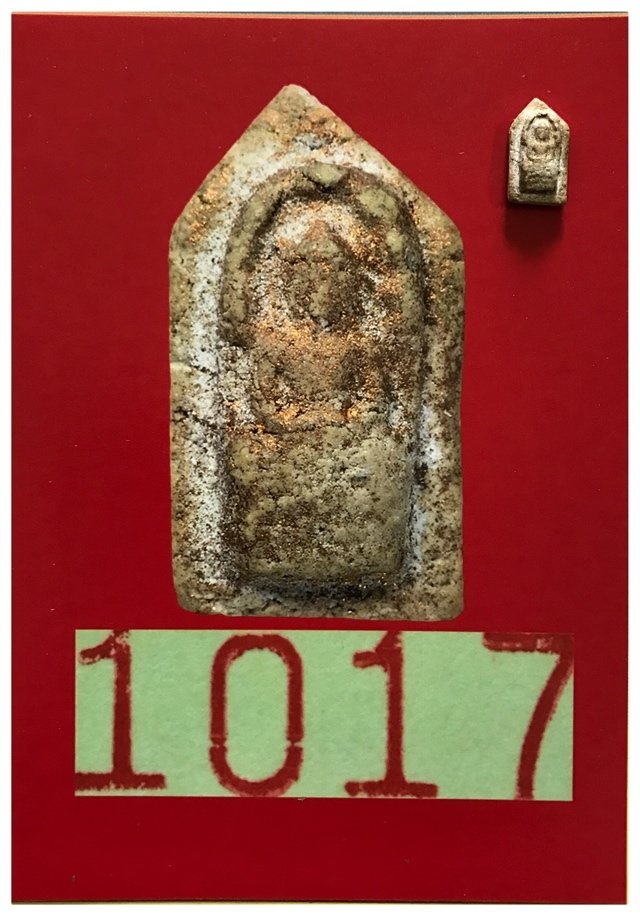 He rose up and leaned his head over the Lord opening his neck canopy to shade the Buddha from the rain, as well as keeping watch to protect him from all sorts of parasitic, poisonous and preying animals and creatures. As the rains ceased to fall, the Naga King uncoiled and changed into a Human form and raised his hands in reverence to Buddha. In this moment, the Buddha uttered the following Kata (words);

"Tranquility is the pleasure of he who has listened to and understood the Dharma intently, who sees conditioned things for what they really are, and does not seek to harm others. Of he who has abolished his passions and cravings, lust and desires, he who has stepped beyond all craving for sensual pleasures and endured in his efforts to do away with self conceited attitudes, has the greatest pleasure". 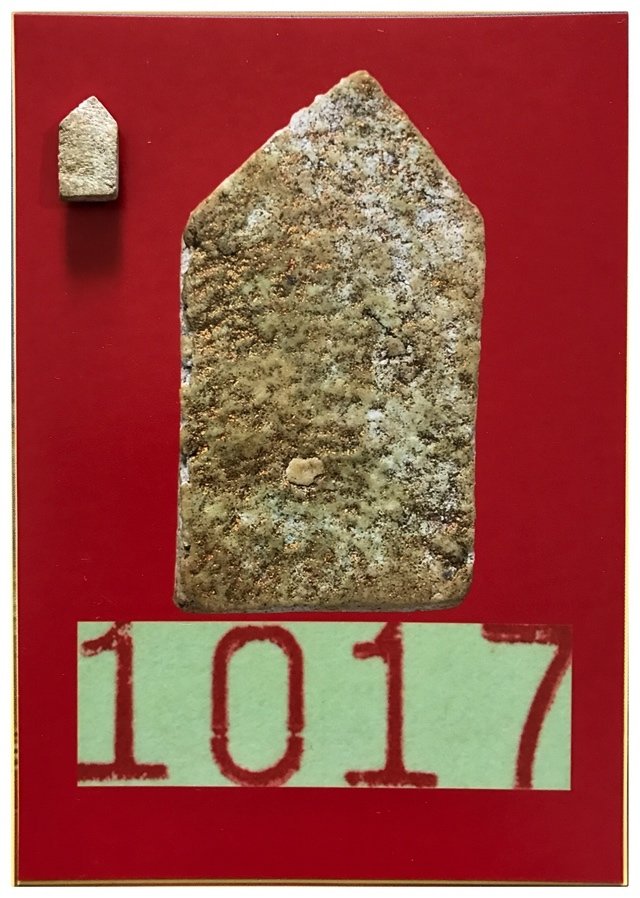 The statue of Buddha sitting on seven coils of the Naga King snake was created to remember this occasion of the Naga paying reverence to Lord Buddha, and the representation of him sitting on top of the coils as if seated upon a royal throne is used for two reasons; 1. Aesthetics, 2. Brahmin influence. A more authentic and historical version of this Buddha image is sometimes seen in the form of the Nagas coils wrapped around and covering the Buddha's body with four or five coils around him. The only part of the body visible being Lord Buddha's shoulders, neck and head, which is also semi enclosed by the head and canopy of the Naga leaning over him. 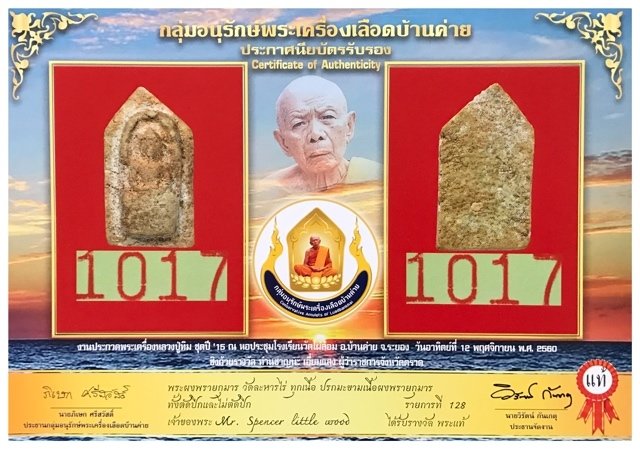 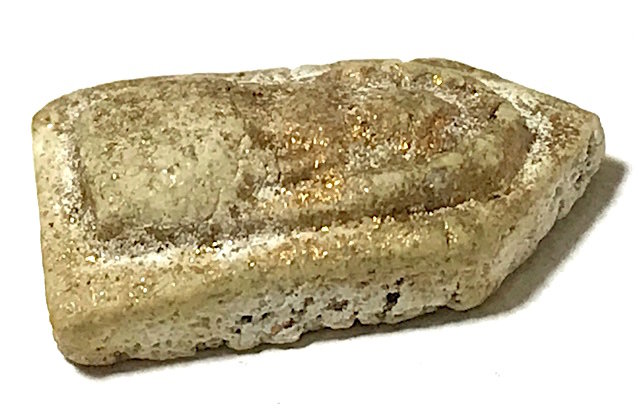