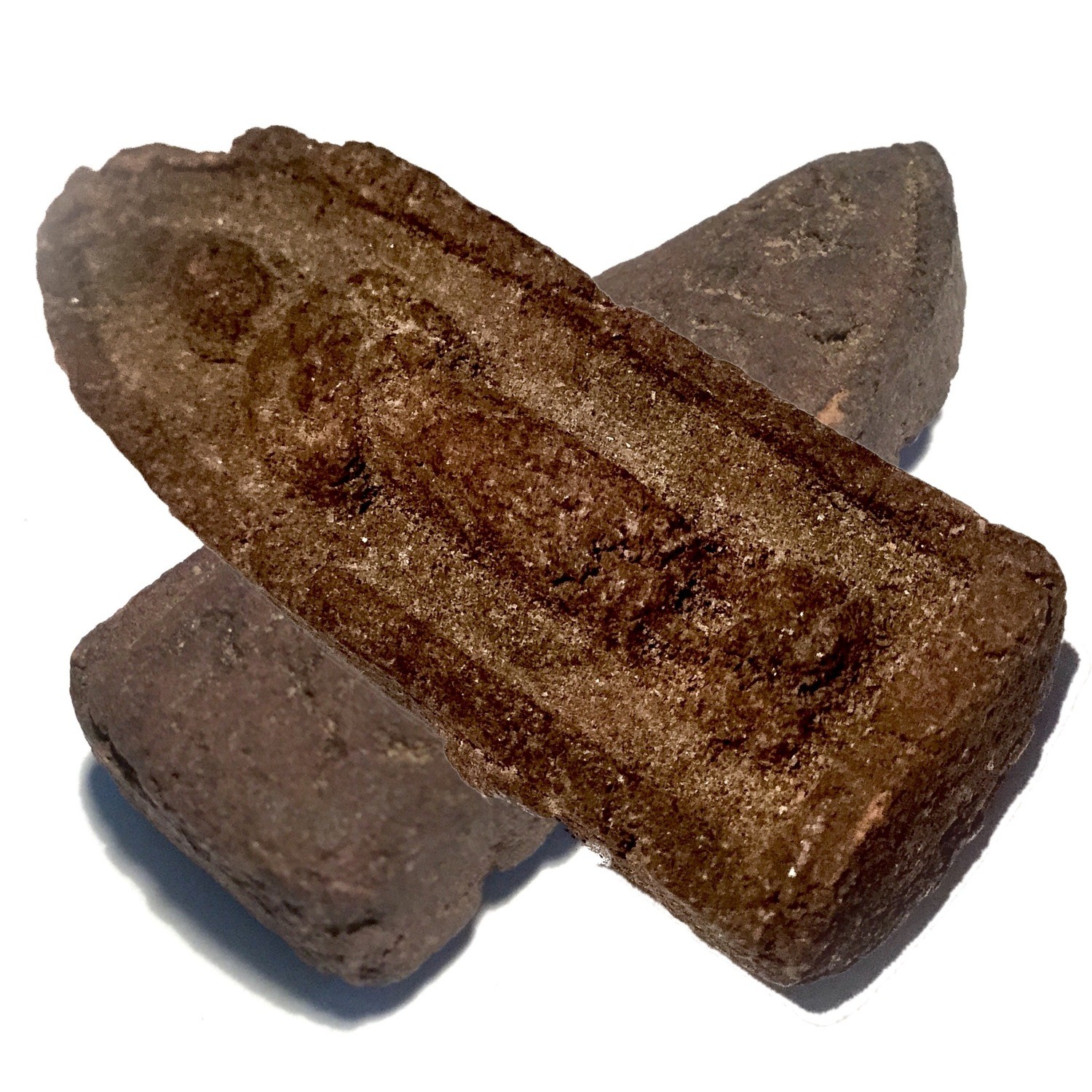 This model is Pim Klang (medium size) and measures 3.8 x 1 Cm. This amulet was one of a series of different Buddha Image Votive Tablets featuring the different 'Birthday Buddhas' of the week days which are postures of the Buddha representing different moments or events in his lifetime as the Sakyamuni Buddha Sidhattha Gautama.

Only a small number of each different model were released in this 2510 BE Classic Edition, in a Massive Blessing and Empowerment Ceremony, which was held for a period of seven whole days and nights, with the Great Luang Por Tan Klai Wajasit, and a host of the Great Master Monks of that Era, at Wat Suan Khan, in Nakorn Sri Tammarat. 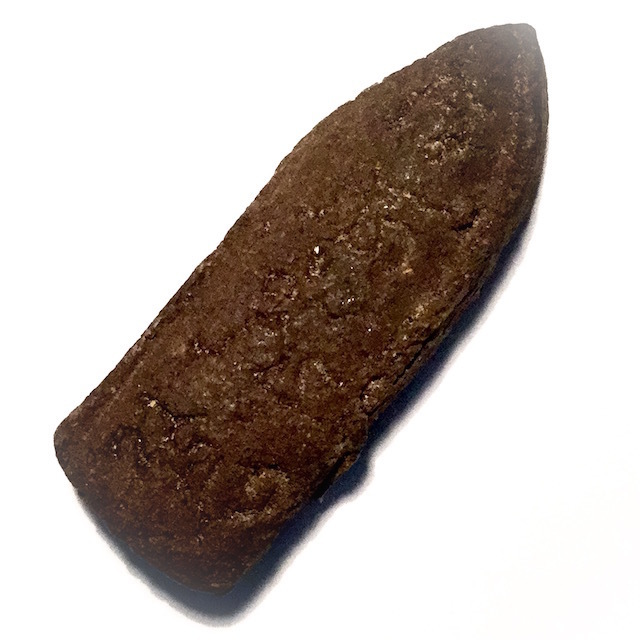 The Muan Sarn Sacred Powder clay is coarse from the main base of Chan Hmak chewed Betel and areca from Por Tan Klai, and visibly rich in Mineral and Herbal Sacred Powders, Woods and Pollens. Chewed Betel is considered a Sacred Substance in the case of Arahant Monks, whose purity is believed to render anything they touch or consume (or chew) to be full of Sacred Power.

Amulets by Por Tan Klai are in any case, extremely rare to come by, and only seen in circulation on very rare occasions. This is due to the massive worldwide following of Devotees, who Revere this great monk, and the fact that most of his amulets already found their rightful owners decades ago. 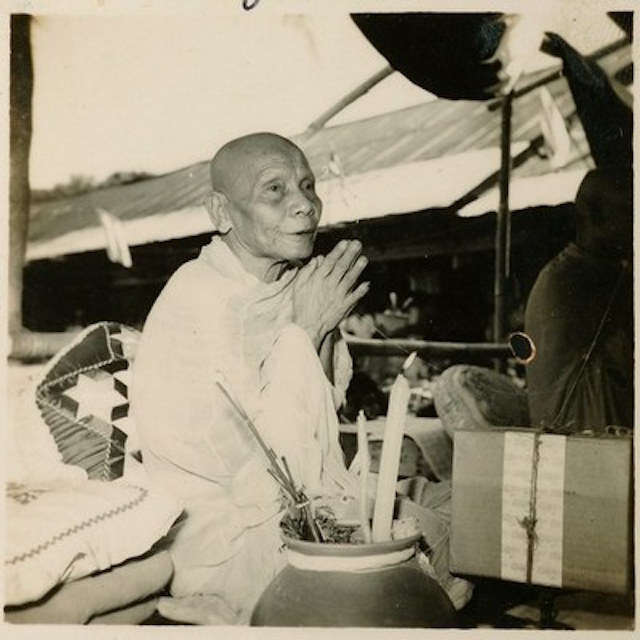 Por Tan Klai is one of the Top Guru Master Monks of the Last Century, and is one of the Four great Masters of the Previous Generation of Lineage Masters of the Khao Or Southern Sorcery Lineage, whose great Attainments, Humble and Diligent Practice, and Powerful Wicha Akom Magick have brought him to Legendary Status in the Annals of History of Thai Buddhism, and of Buddhist Amulets.

This Bpaang is of the Buddha is callled 'Bpaang Ramperng" The Buddha stands with his arms crossed over his heart. His feet are placed close together.

After the episode where two merchants Tapussa and Bhallika had seen the newly Enlightened Buddha, made their offerings and left (these were the first two laymen ever to become disciples of the Buddha), the Lord Buddha rose from where he was sitting under the Rachayatana tree and moved to sit under the Acabhalanikaroda tree and spent time considering the wondrous and most subtle Dhamma he had realised. He considered how difficult it was to undertsand, and the fact that it was almost impossible to grasp for the average mind. He then became a little doubtful that it was worth it to try to explain and teach to Human Beings, and declared to himself that he would not teach the Dhamma to others. At that time, Lord Brahma became aware of what the lord Buddha was thinking, and sent a host of Angels and Deities to go visit the Buddha under the tree he was sitting.

They went and paid reverence, and begged the Buddha to please teach the Dhamma to the people. To teach those who have dust in their eyes, and those who are devotees of the Buddha, in the hope that some may attain Enlightenment. The Buddha then took this into consideration, thinking of what previous Buddhas had usually done; namely once they attained Enlightenment, and before entering Nirvana, they would teach and preach the Dhamma and spread it widely for the sake of those who came after them. 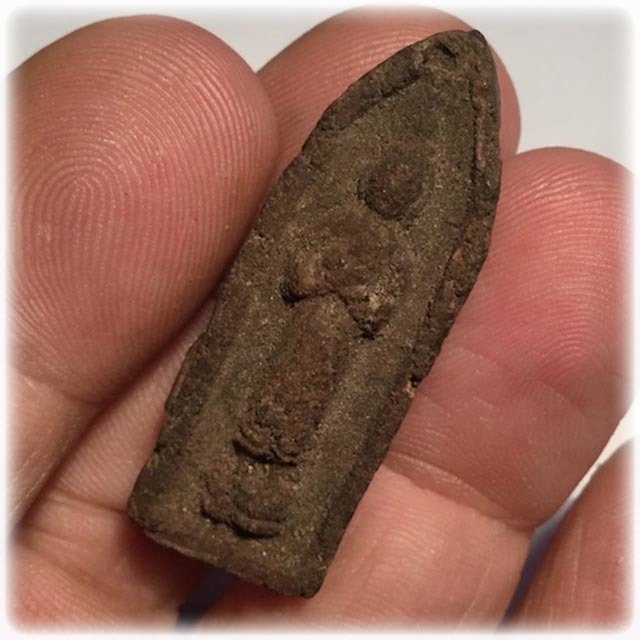 The Buddha then contemplated whether there could be anyone capable of understanding the Dhamma he had realised, and thought of the various characters and personalities of different people on Earth. He saw there were people with rough coarse minds, average minds, and also fine subtle minds, with good hearts and merits made. Perhaps some of these might indeed be able to attain enough perfections and merits to finally be able to follow the Buddha's footsteps and attain Enlightenment! He saw some people could be taught easily, some with great difficulty, some could understand, and others not at all. 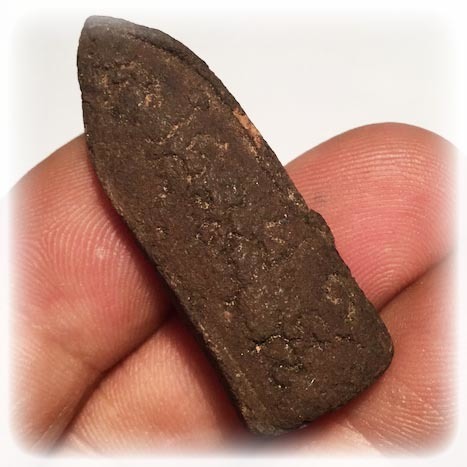 He thus compared them to Lotus flowers that are born under the water and grow in the water; Some flowers remain under the surface, some on the surface, and some rise above the surface. Those people who are like the lotus which has risen above the water and recieves the Sunlight will eventually bloom, and the flower which blooms will also have variations. Some people will attain the realisation of Dharma quickly and easily because they have low amount of cravings and desires, and made great merit in life.

Others will attain the Dhammma, but slowly, this type of person should still recieve repeated lessons of the basic principles in order to help condition the character until his practise is safely ensured and constant. This is how the Dhamma should be taught, in order to prevent the Buddha's teachings to not be in Vain. The basic Dharmic principles should be given to all, with the exception of those compared to the lotus underwater, Soft Lotuses who will eventually become nothing but fish food. 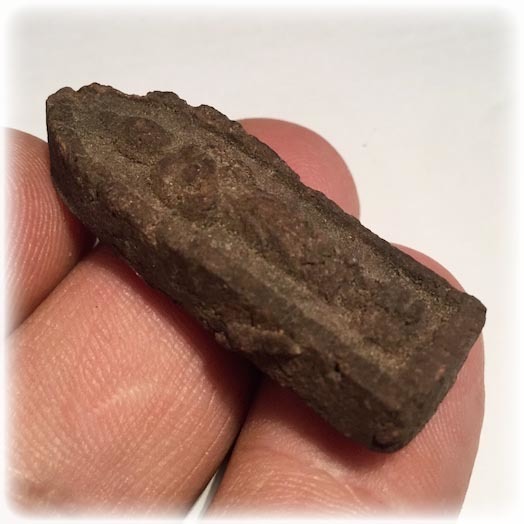 At this point, the Buddha declared that he would remain on earth as a living Human Being until the day that the Buddha Sasana was founded and fully established to safley survive the passing of time, for the sake of those Humans who wanted to try to Enlighten.

In remembrance of Buddha considering Teaching the Dhamma and establishing Buddhism for the sake of all beings, the Statue of Buddha in the pose of "Bpaang Ramperng " (consideration) was created. 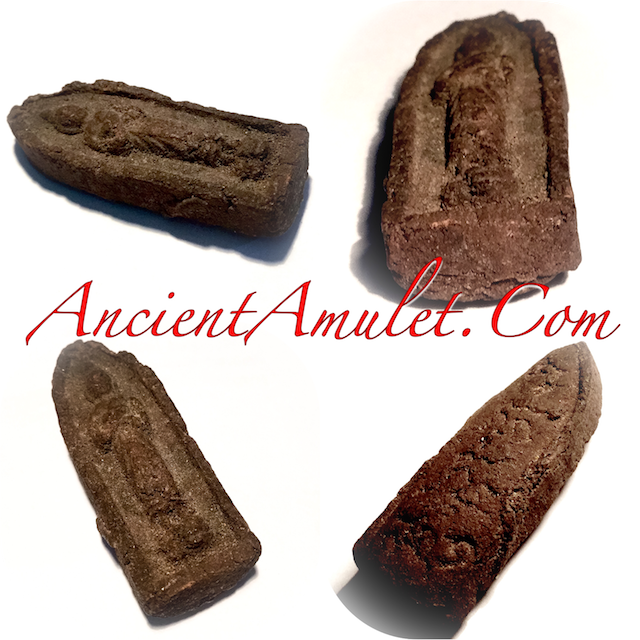