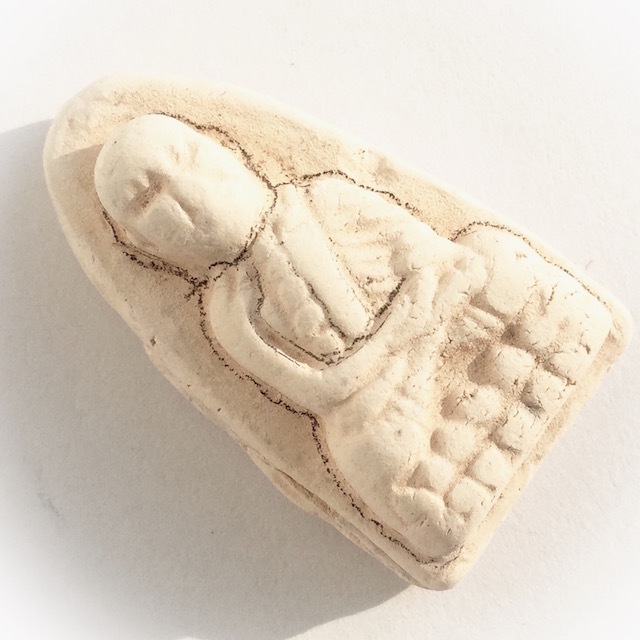 Luang Phu Tuad Pim Tao Reed Hlang Jarn 2510 BE with hand Inscription on rear face from the Great Luang Phu Doo of Wat Sakae. Made from the finest Paeng Poon Khaw, and Sacred Yantra Powders (Pong Lob), which are made through inscription of chalk board Yantra spells.

These are of course the famous five Sacred Powders used in the making of Pra Somdej amulets according to the Dtamra of Somdej Pra Puttajarn (Dto) Prohmrangsri Wat Rakang Kositaram and Khrua Saeng.

This amulet belongs to the Master Class Amulets of Luang Phu Doo, and is extremely sacred not only because it was made as Luang Phu was still alive and Blessed by his own hand, but because of the belief that Luang Phu Doo was also a Manifestation of the Bodhisattva Luang Phu Tuad, returned to Earth to Help Living Beings.

Luang Phu Doo Ordained in 2468 at the age of 21 Years Old in the Uposadha of Wat Sakae in Tambon Tanū, Amper Utai, Pra Nakorn Sri Ayuttaya. His Upachaya Ordaining Officer was Luang Por Glan of Wat Prayatikaram, and Luang Por Dae (Abbot of Wat Sakae), as his Pra Gammawājājarn. His pra Anusawanājarn was Luang Por Chay of Wat Klang Klong Sra Bua. He was given the Ordained Name of 'Prohmabanyo' (Wisdom of Brahma).

Amongst Luang Phu Doo's most famous amulet editions, apart from the world famous and miraculous Luang Por Tuad Perd Loke, many other editions of Luang Por Tuad amulets have received ultimate acclaim. All Luang Phu Doo's amulets are Sacred, and Revered, but if there is one amulet which Luang Phu would hand out to his devotees more than any other, it was the Pra Nuea Prohm 'Buddha over Brahma' amulet in pure powdery white Puttakun Powders. 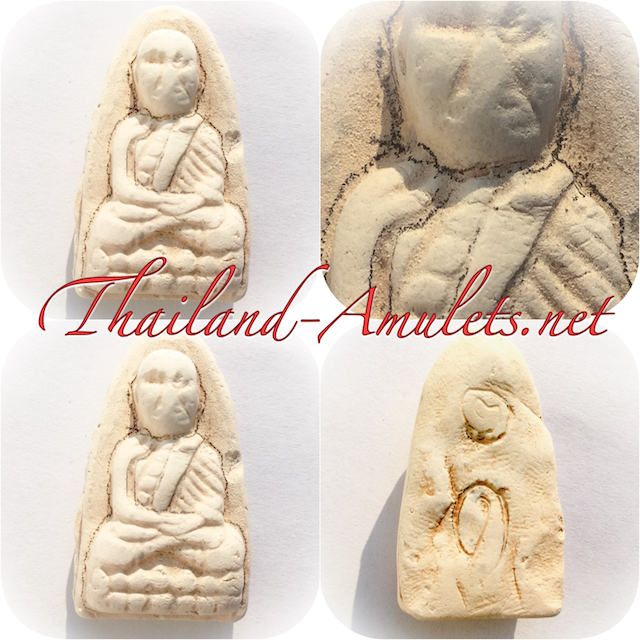