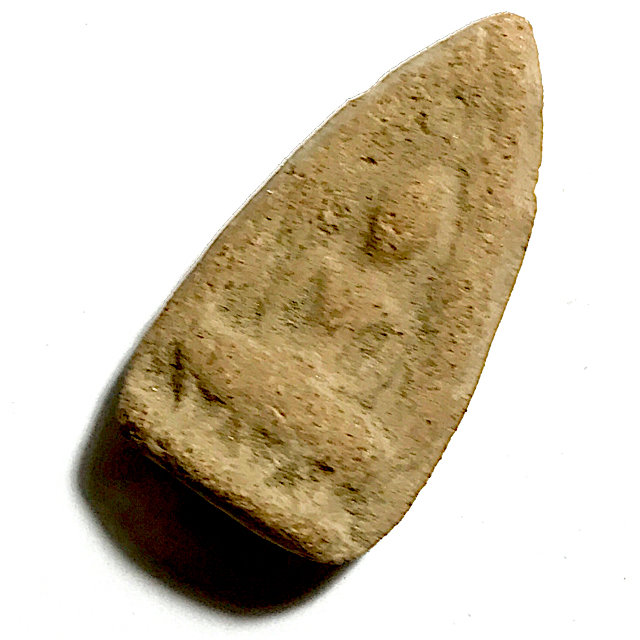 A Classic Sacred Hiding Place Amulet that is well in excess of a Century old, the Pra Kru Wat Klang Tung, which was hidden in the Chedi Stupa 0ver 100 years ago by Luang Por Cham, Luang Por Bpaen, and Luang Por Sap.

The Pra Klang Tung is recognisable for being a baked clay amulet, usually with a rough dry porous surface texture (some smooth surface exhibits are also found in very small numbers). The Muan Sarn Sacred Powders are roughly mixed by hand, and each of the amulets themselves differ slightly, due to the hand pressing method. The amulets were shaped in Gleep Bua lotus petal shape, with a Buddha seated on a dais, 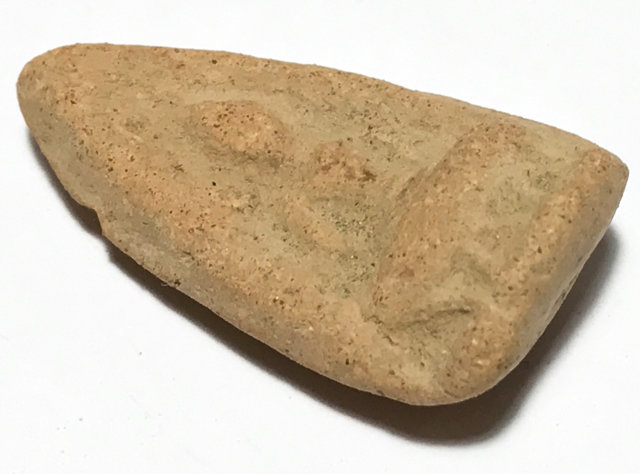 A highly recommendable and affordable ancient amulet of high sacred value, powerful blessings, from over a centruy ago. This amulet is hence not only a sacred Religious Votive Tablet, but is also a perfect study example for students who wish to accustom their eyes to the appearance of baked sacred clay amulets that are in excess of 100 years old. The amulet is typically used by advanced students as a reference for the ageing characteristics of sacred baked Clay amulets.

In the year 2450, some of the Greatest Ayuttaya Masters of that Era were gathered together at Tung Ban Na in the old part of the ancient city of Ayuttaya, and decided that it was an opportune time to create Sacred Amulets, to bury within a Chedi Stupa, for future discovery, as is common practice for the preservation of Buddhism. 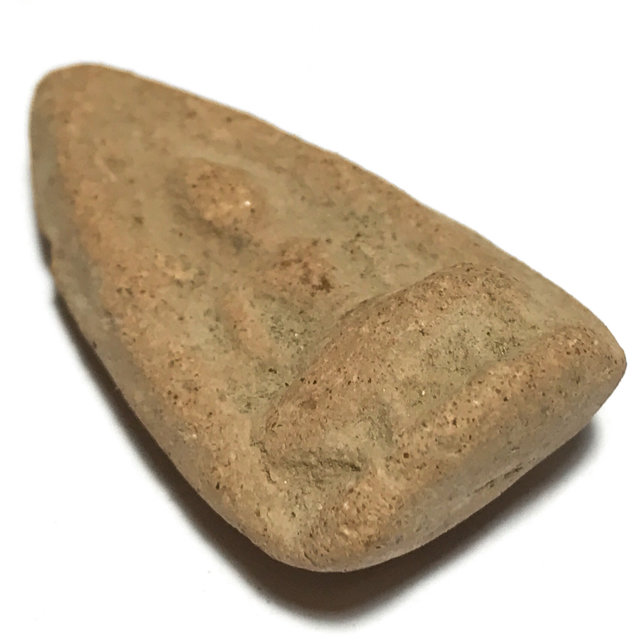 The Pra Kru Wat Klang Tung Ayuttaya was then created under order of Luang Por Cham, who was the abbot of the temple at the time, with the collaboration of Luang Por Bpaen and Luang Por Sap. Luang Por Cham hismelf was extremely famed for his powerful Wicha Takrut Tone, and for his Adept ability in making Magical Sacred Powders.

The three great Guru Master combined their Wicha to create the most powerful Sacred Powders, and empower them according to the Wicha of their respective Kroo Ba Ajarn, which was in those days still so immensely powerful, before the scientific Era, where Magic pervaded everyday life. 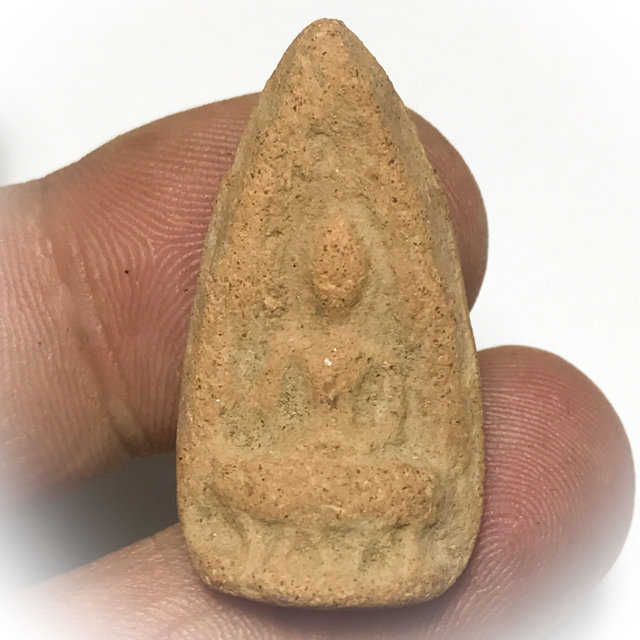 The powders were invoked with the various Wicha for the Invocation of the various yantra Formulas, Harmonising Formulas, and the Summoning of Rupa Nama (name and form). All three Masters gathered Sacred earths from the temple enclave, and mixed them together with Pong Bpathamang, Puttakun, Ittijae Trinisinghae, and Maharach powders, to form the sacred clay. The amulets were molded into Buddha images, and empowered by the three masters, with a host of monks to assist in the Buddha Abhiseka Ceremony and the Chanting of the Dhamma Chakra to 'open the eyes of the Buddha' 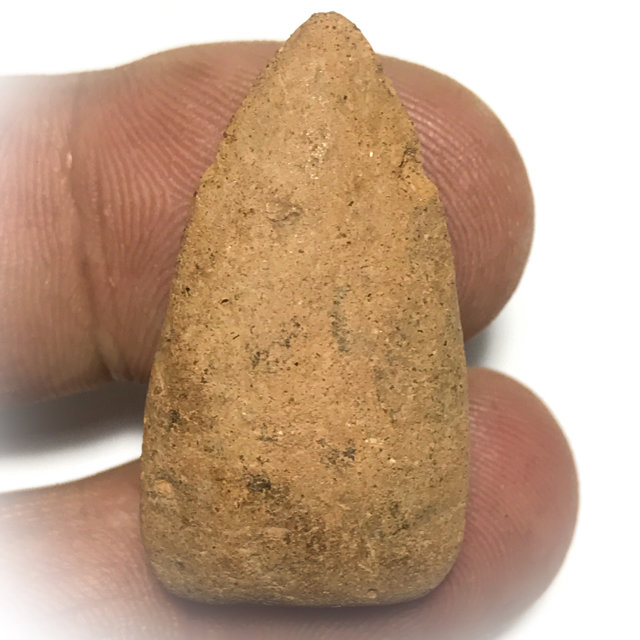 84,000 votive tablets were made in all, according to the 84,000 verses of the Tripitaka, and the rules of the Dtamra Saiyawaet Grimoire methods of making Buddha amulets. The amulets were subjected to a baking process to harden them, and were then placed inside the Kru Hiding Place Chamber of the Chedi Stupa of Wat Klang Tung. 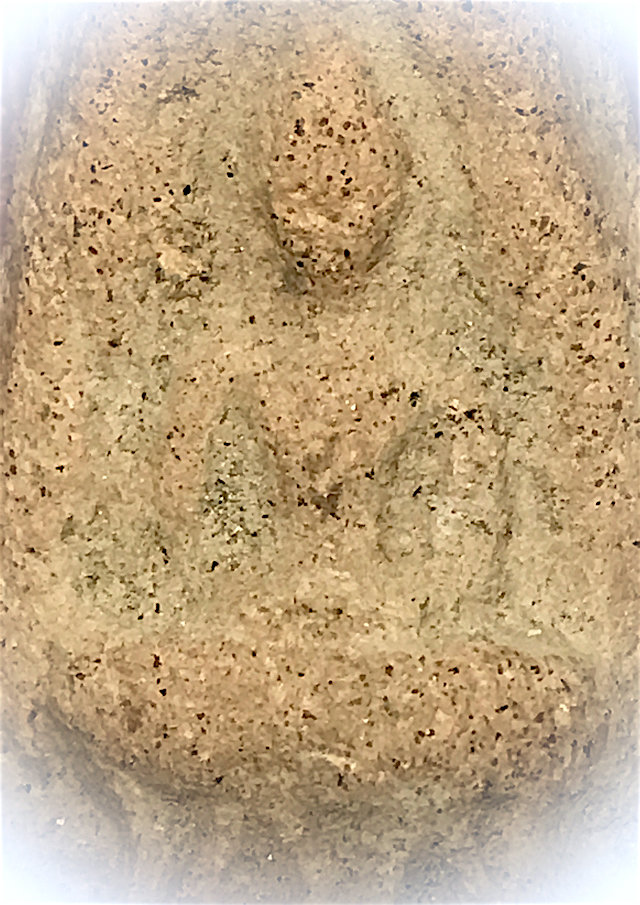 More than 50 years later in the year 2503 BE, the committee of the temple of Wat Klang Tung decided to open the Chedi Stupa Hiding Place, to remove amulets for distribution to devotees, to raise needed funds for the maintenance of the old Chedi Stupa and temple buildings in need of restoration, and for the further development of the temple. 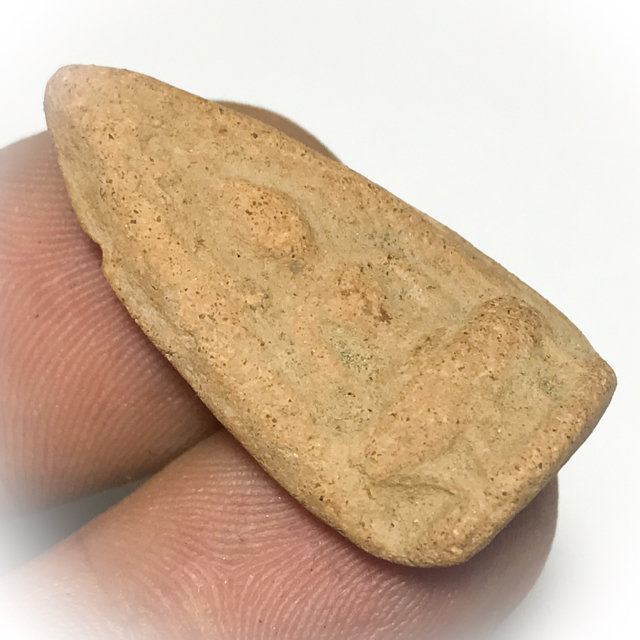 Thus, a number of the amulets were removed and entered into circulation, and the remainder were returned back to their hiding place within the Chedi, for a future occasion. Since their removal and release in 2503, the amulets have become recognised by the general public, and have already become a rarity, now that over half a century has passed since their release, and very few remain in circulation. 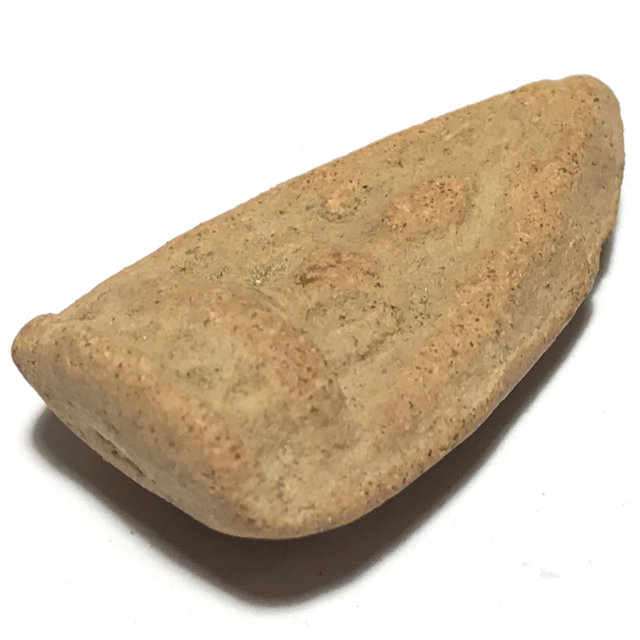 A classic Kong Grapan Chadtri Klaew Klaad Serm Duang amulet from the Ayuttaya Masters of the more than a Century ago, for Protection, Promotion, Prosperity and Auspicious Karma 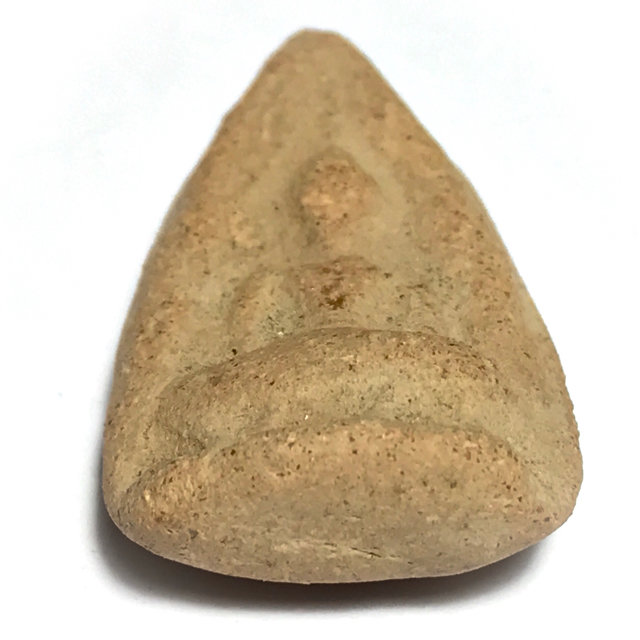 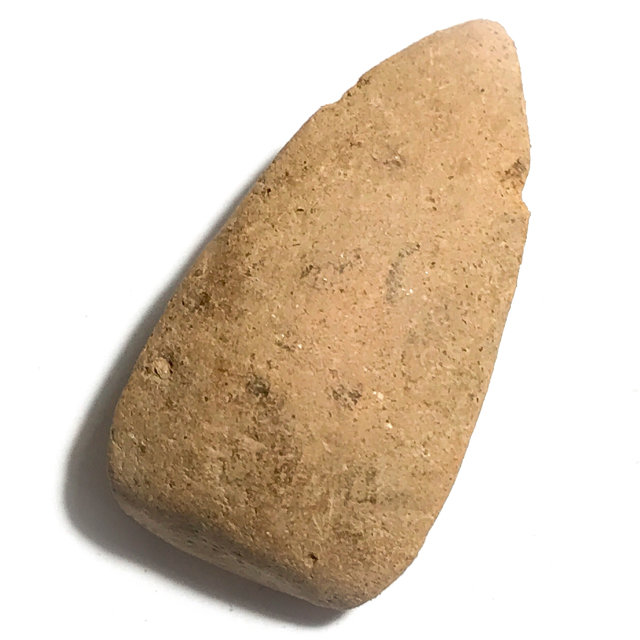 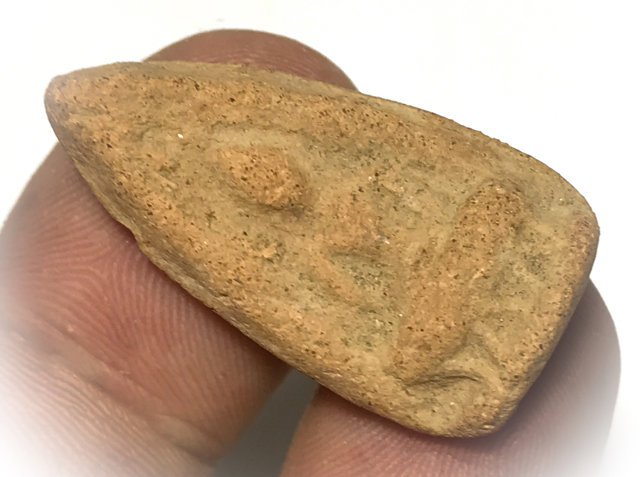 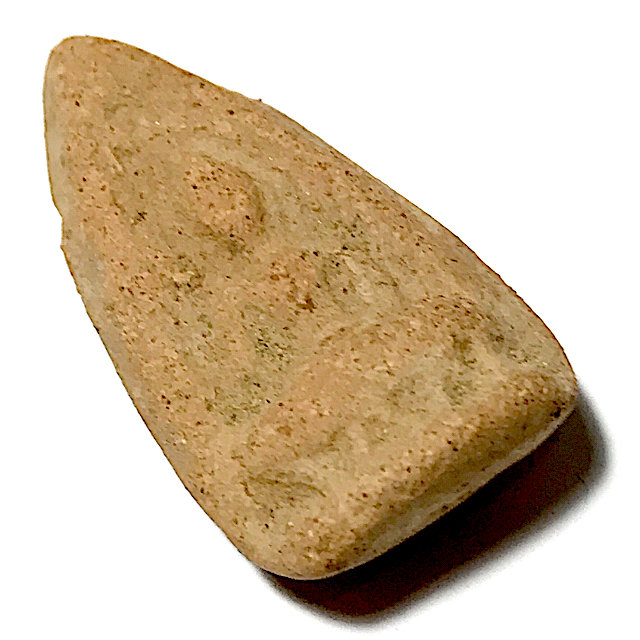 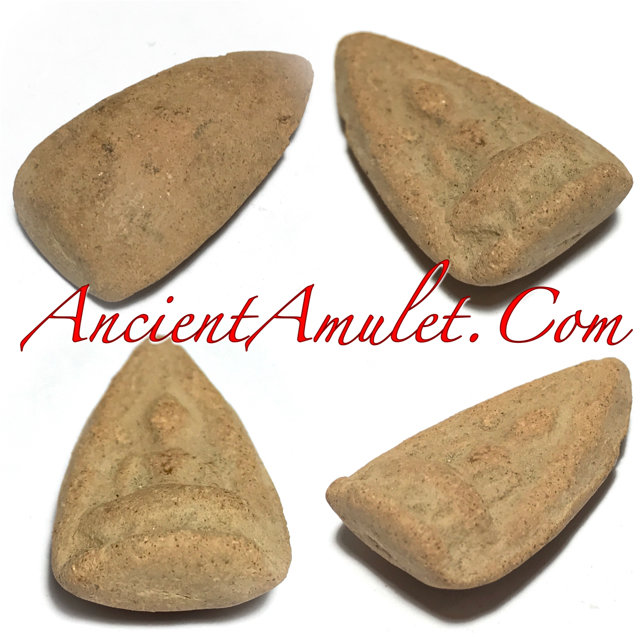