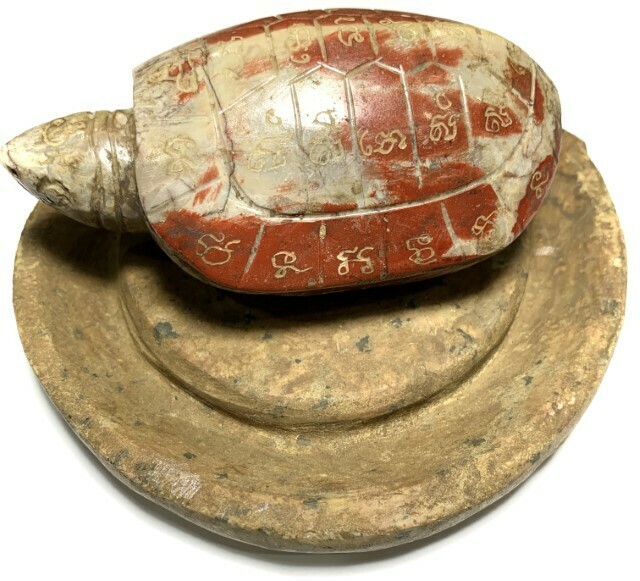 Paya Tao Ruean Gae Nuea Hin Sabu Luead Jarn Mer Khanad Bucha (large Bucha size 5.5 x 4 Inches), with stone stand. The Paya Tao Ruean Turtle is made in the preferred (Niyom) Carved Bloodstone, the Sacred Turtle of Wealth and Protection, from the Great Luang Por Sanit, of Wat Lam Bua Loi (2468 - 2542 BE). This Bucha statue measures 5.5 Inches Long and 3.5 Inches wide, with a 6 inch round base, and weighs about 2 KG. Free shipping worldwide is included in the price. 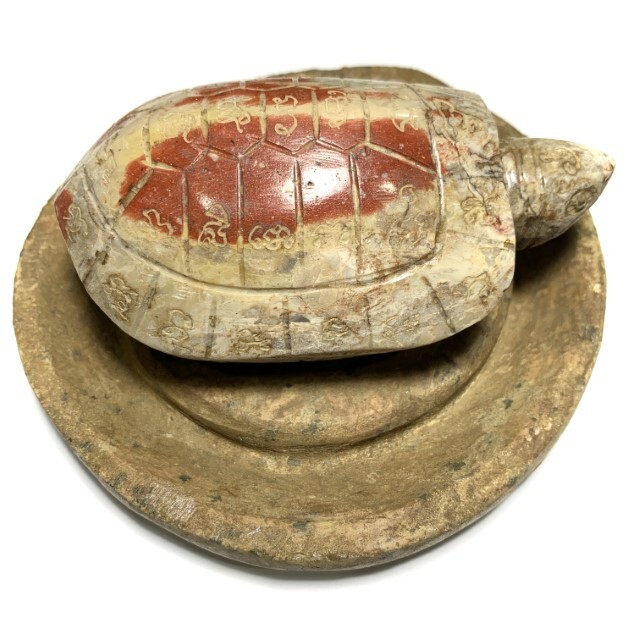 The Bucha statue includes registered air parcel shipping calculated into the price with this item. Luang Por Sanit was a Master of the Wicha Tao Ruean Turtle, Wicha Ga Fak (Crow), Palad Khik, and Sariga Celestial Magpie, and Wicha Jorakhae Crocodile Amulet. His amulets are inimitable for the use of carved stone as one of his preferred types of Sacred Substance. 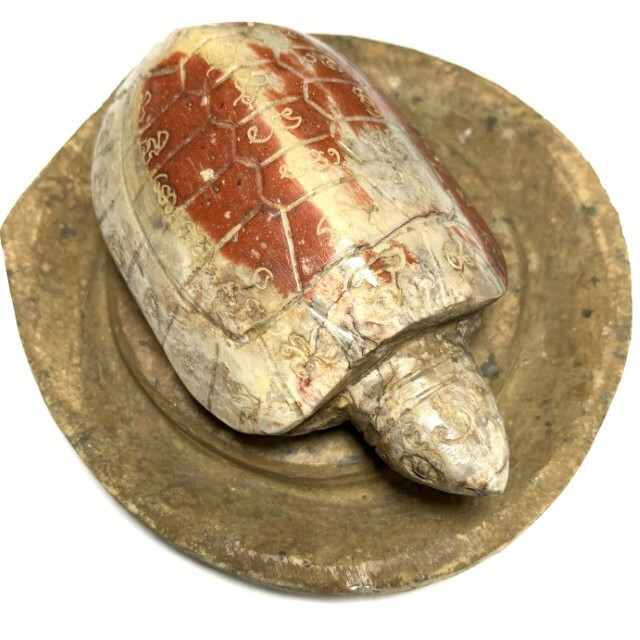 The Paya Tao Ruean of Luang Por Sanit is highly favored and universally famed for its Maha lap Choke Lap and Metta Maha Niyom Powers as well as Kong Grapan Chadtri, for the many tales of devotees who experienced miraculous effects from this amulet, making the amulets of Luang Por Sanit extremely sought after and rare. 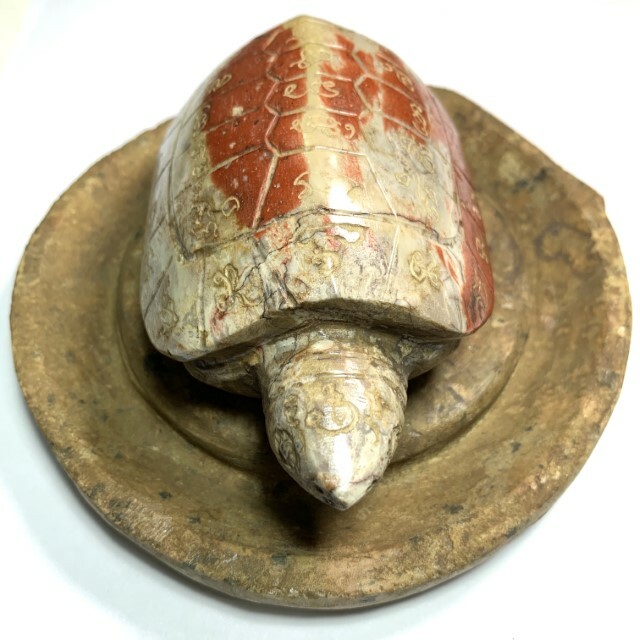 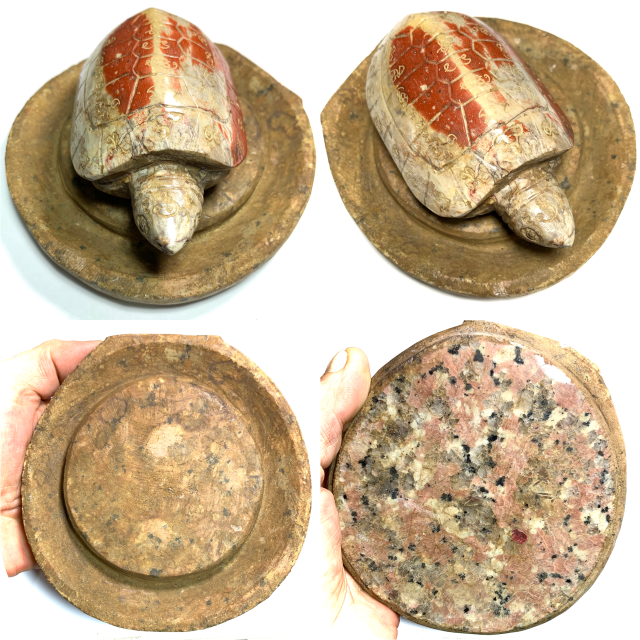 The Paya Tao Ruean Maha Lap of Luang Por Sanit, were made in various sizes, ranging from small to Bucha size, and were made from various kinds of sacred Stone, some with hand inscriptions, others without. His most preferred of all (and highly expensive), is the Paya Tao Ruean Nuea Hin Sabu Luead red bloodstone Turtle amulet. Luang Por Sanit only made very few Paya Tao Ruean amulets, and even less of them in the red Hin Sabu Luead red bloodstone. This Bucha size Tao Ruean is especially rare, as only very few were ever made. 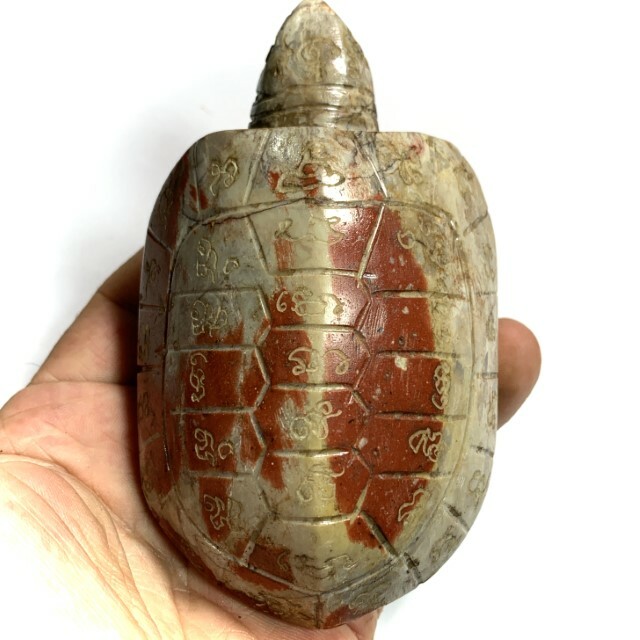 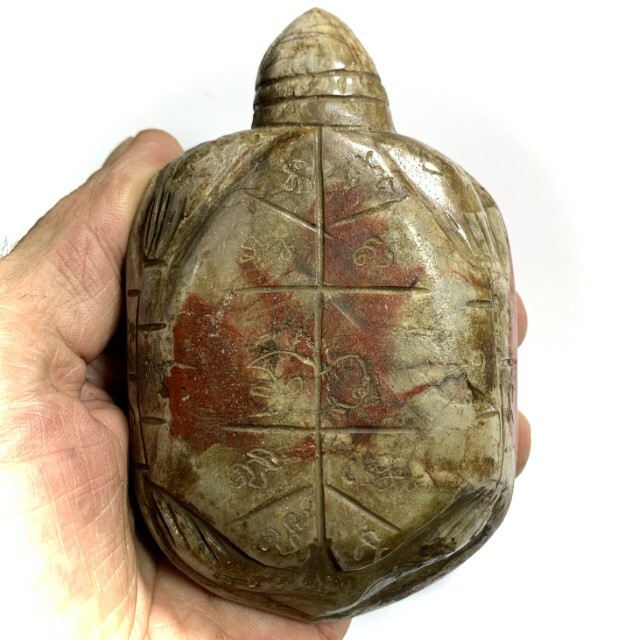 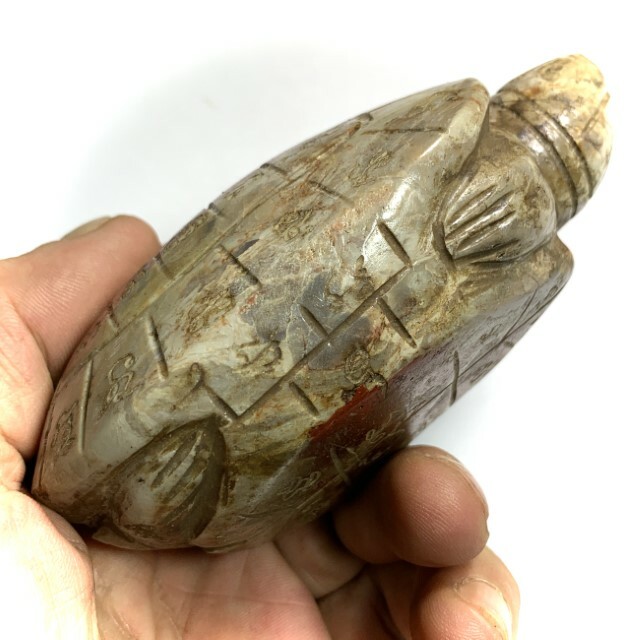 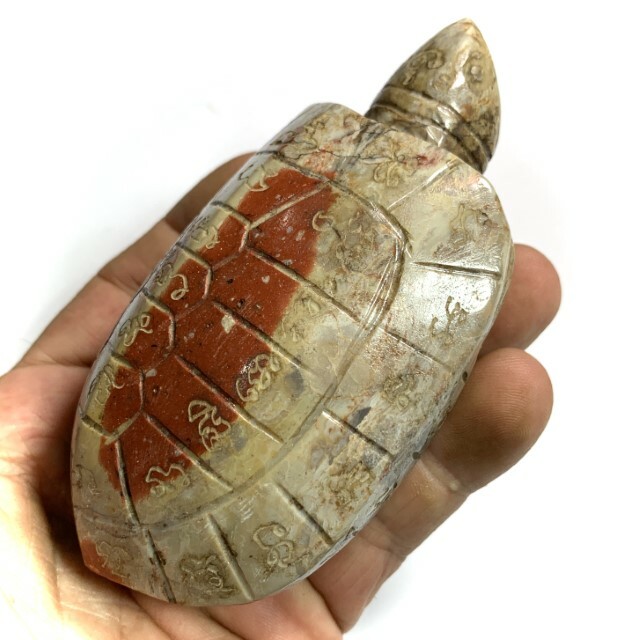 But this did not feed them for long, and they began to starve again. As time passed and they got desperate and looked like they were going to begin killing each other and turn cannibal, the turtle looked down from the mountain and was filled with mercy. 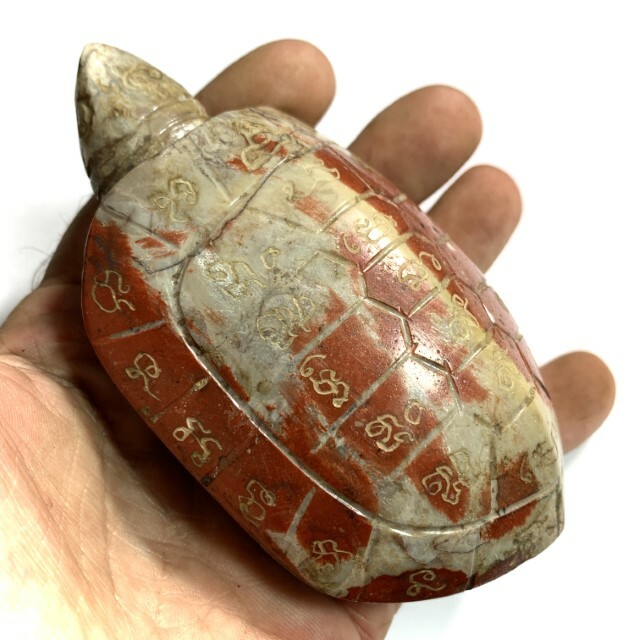 He thought 'I do not have anything to give these poop humans to eat, except for my own body. May i donate my large body and its meat for these humans to survive, and may i attain Nibbana one day for this deed'. 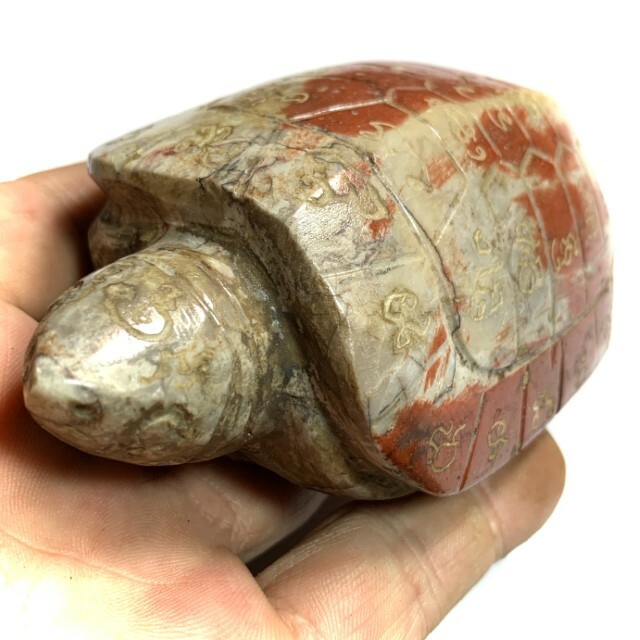 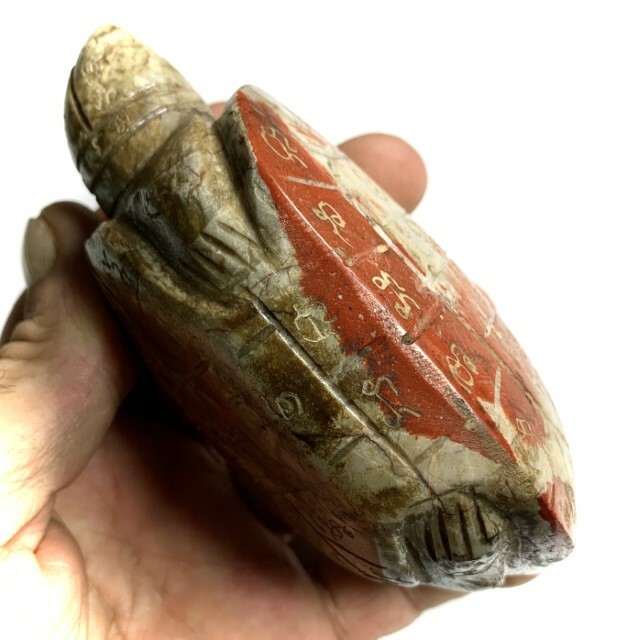 Think of the Buddha and all the Enlightened Buddhas of all the Three Times in the Three Worlds, and their Great Attainments, and call upon their merits to Portect and brinbg you Prosperity, Health, Happiness, Wealth and Long Life. Chant the Maha Namasakara 3 times before the Kata for the amulet, to Revere and Invoke the Buddha first. This is necessary to perform before chanting any Kata to any Buddhist amulets. 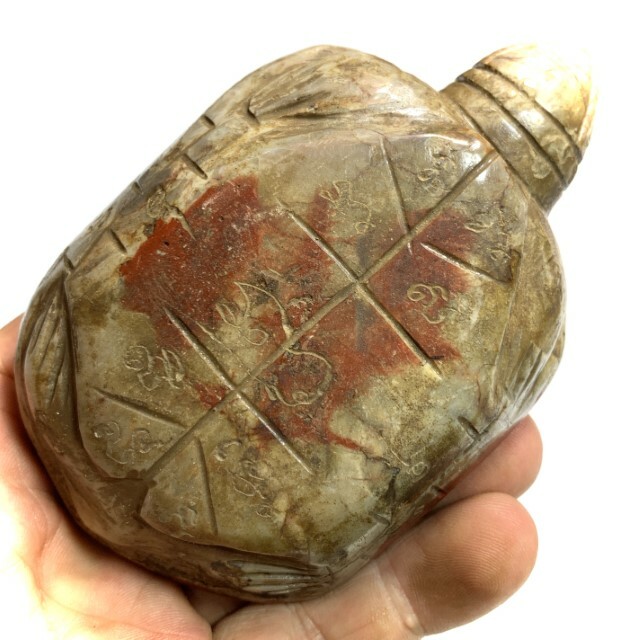 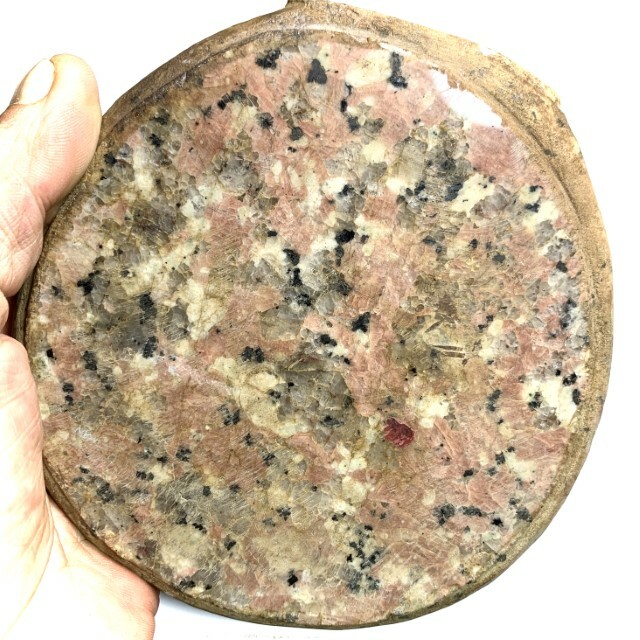 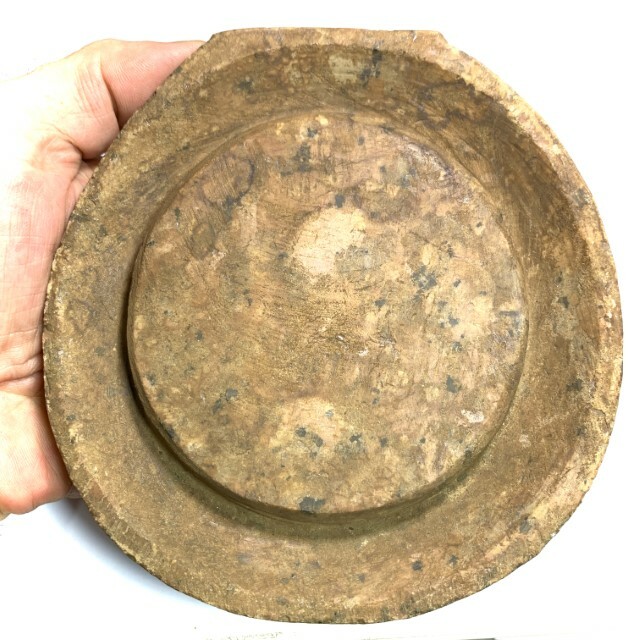 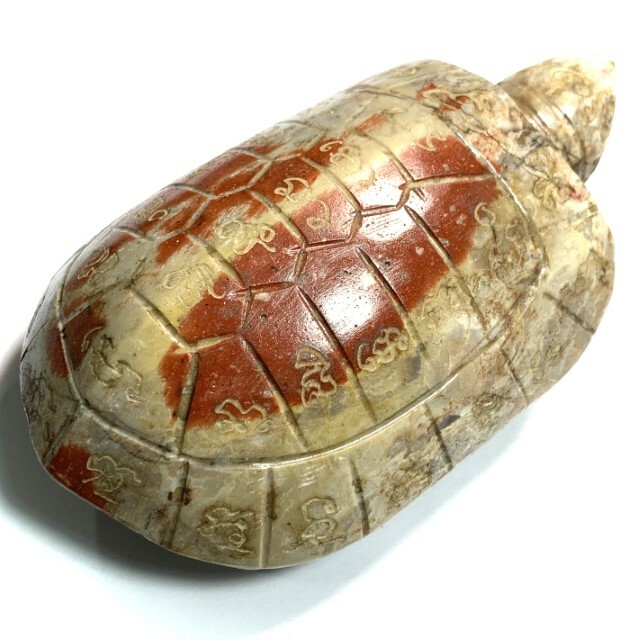 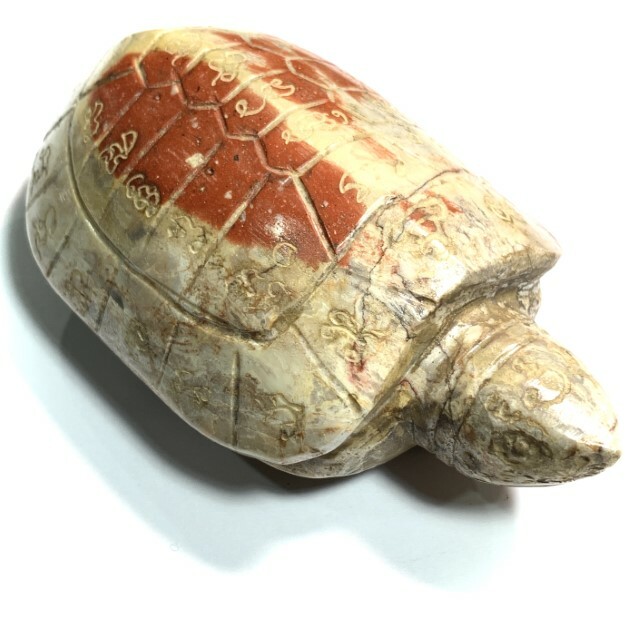 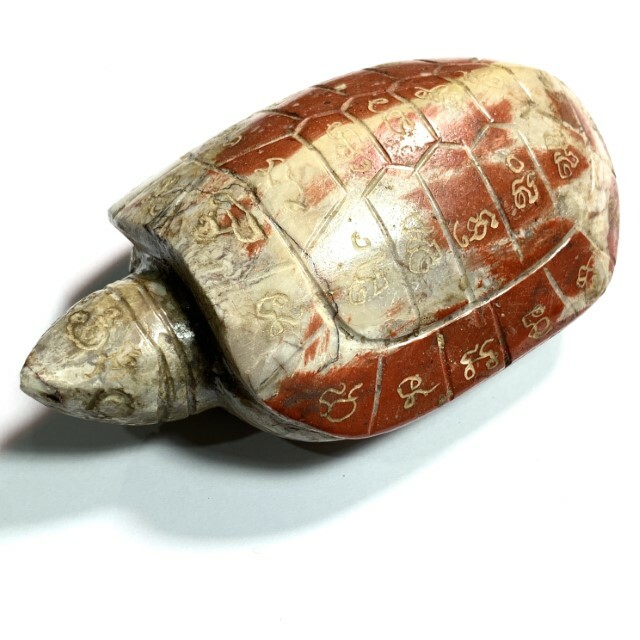 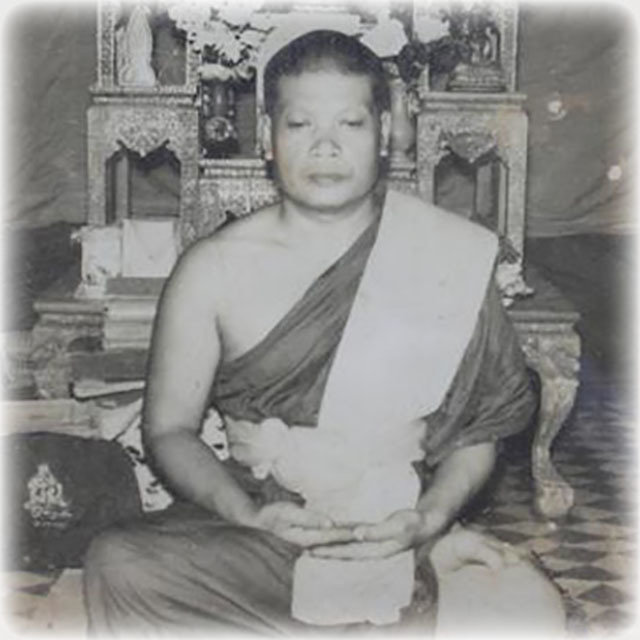 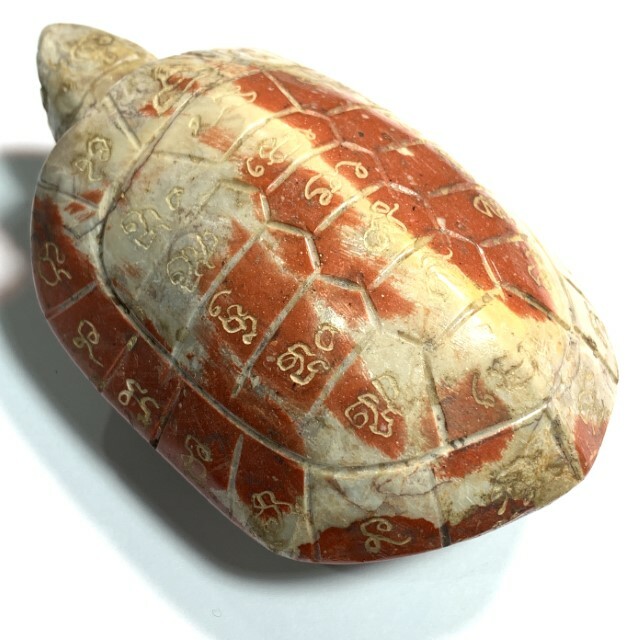 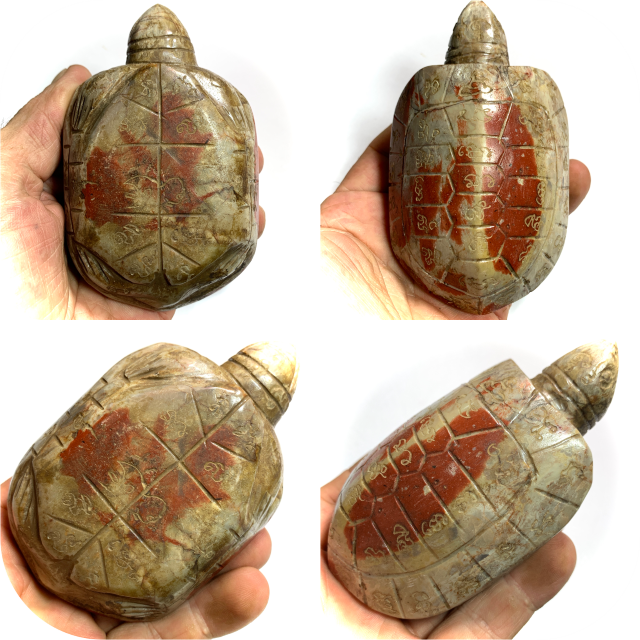