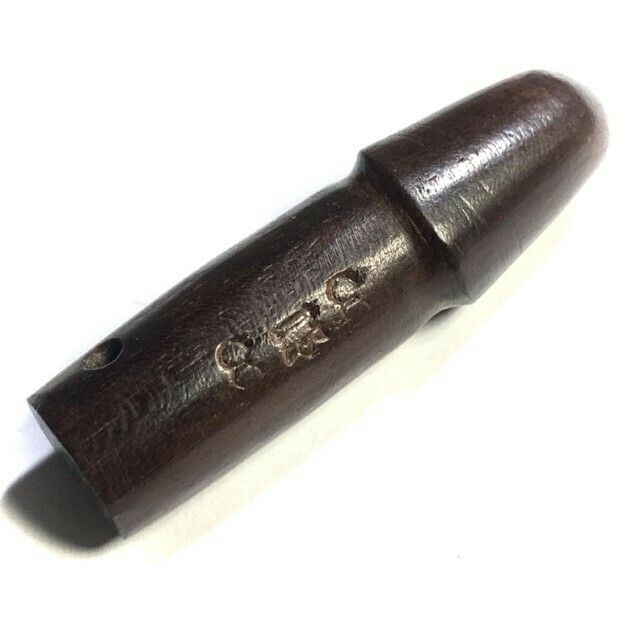 The famous Palad Khik Mai Koon Dtok Code Sam of Luang Phu Tim, carved from the Artisan Chang Pattana Bun Anugun. Am Early Era Lingam Animist Charm Amulet, with 2 x code 3 stamps (Code 3 is for the Artisan Pattana Anugun who carved the Palad Khik for LP Tim, and who used the Code 3, or 'Laekh Sam' stamp, to show his involvement in the making of the amulets), and a Gammagarn code Sala stamp. 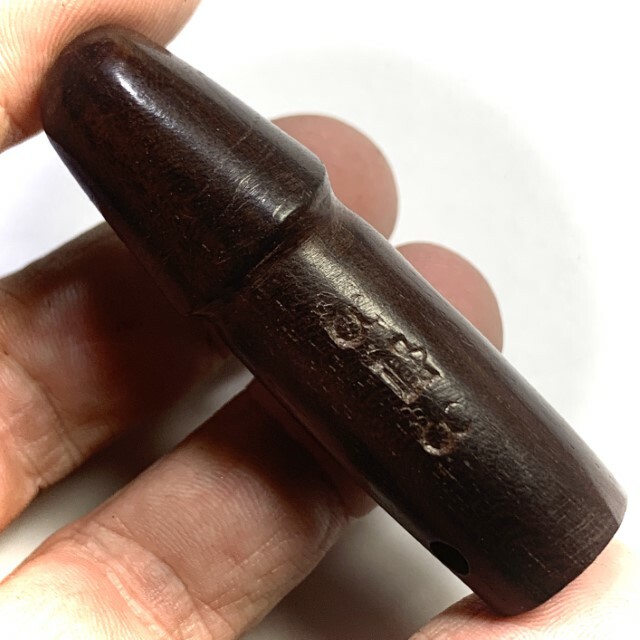 The Palad Khik is made from Nuea Mai Koon (Prosperity Increasing and Life Improving magical Deva inhabited treewood). The amulet comes with Authenticity Certificate from the Glum Anuraks Luead Ban Kaay Luang Phu Tim Wast Laharn Rai. A most unusual to encounter and rare set to encounter, especially a Bia gae from this master, of which not many were ever made. 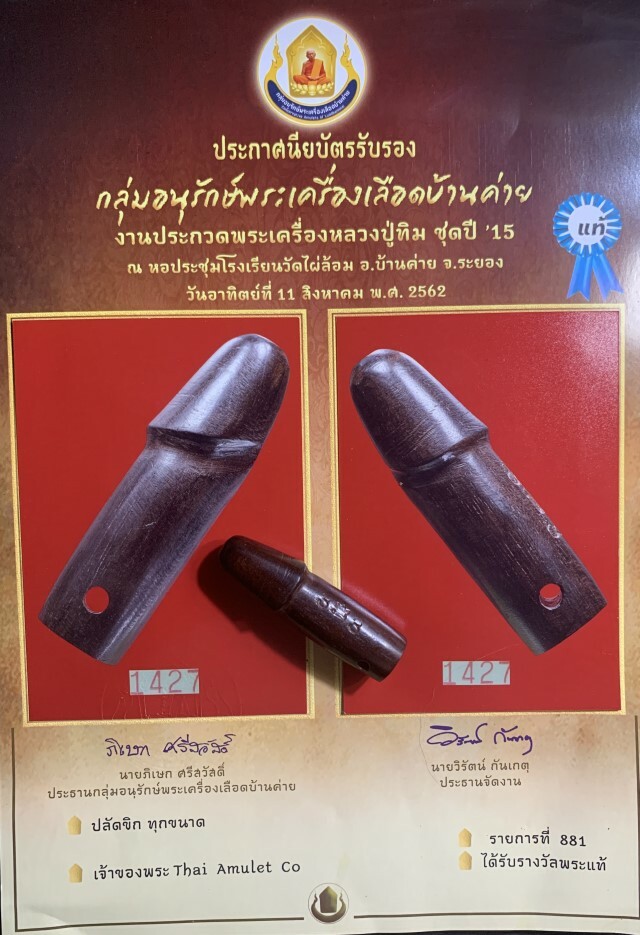 It was the Artisan Pattana Anugun, who was the chosen artisan to make Palad Khik amulets (in a couple of different versions), for Luang Phu Tim to Bless, and whose involvement in the creation of amulet designs and models for Luang Phu to empower, is related to the number 3 code.

The true reason and meaning of the number 3, is argued over and speculated. It is highly possible that in truth, it is the Khom (Khmer Sanskrit) letter 'Pa', which stands for for either the word 'Putta, meaning the Buddha, or perhaps 'Pattana' the name of the artisan, which is the most probable reason. The code stamps were made to make it easy to recognize the authenticity of amulets made by Chang Pattana Anugun, and Blessed by Luang Phu Tim. 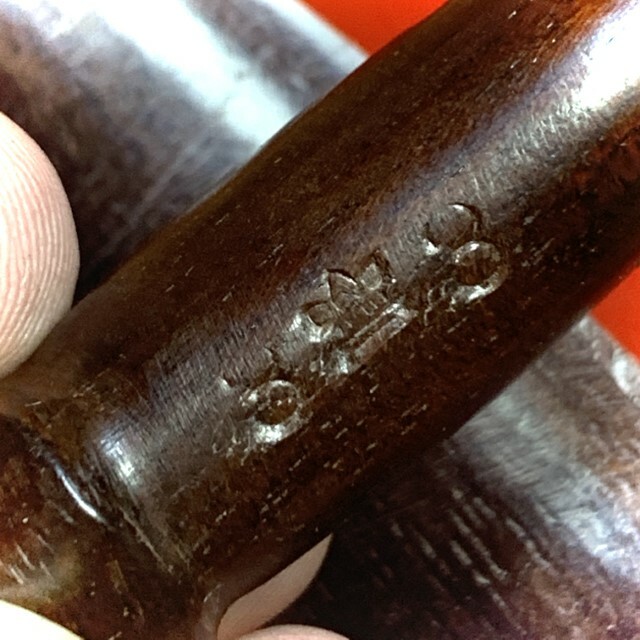 Palad Khik amulets, are highly regarded for their power to invoke the power to attract others, treasured possessions, and ward off black magick. They are also full of Metta Mahaniyom, Maha Lap Klaew Klaad and Maha Pokasap Powers as well as the obvious Power of Serm Duang ability to improve fate and destiny. The belief in the Shiva Lingam, or ‘Leungk’ (Thai pronunciation) phallic energy of the Palad Khik, is derived from the Brahman influence which has been inflected on Thai Theravada Buddhism, since both belief systems came to Siam more than one or two thousand years ago. 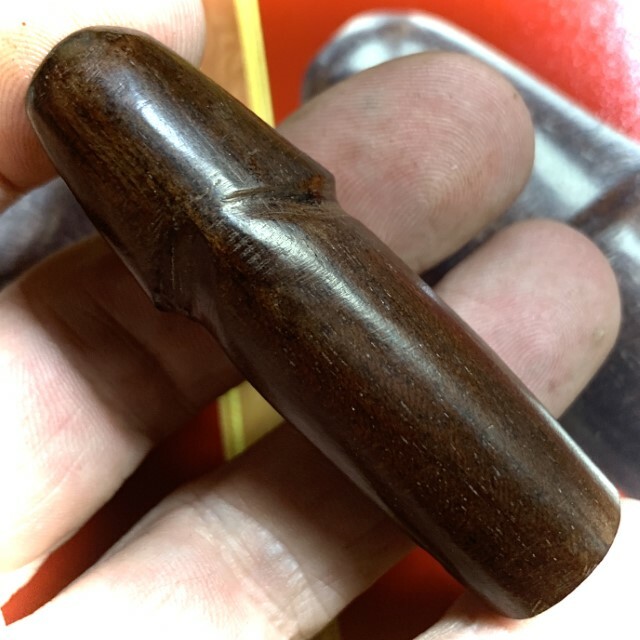 It is believed that the Palad Khik Lingam energy is the source of all life forms in the Universe. This is the root of the act of reverence (Bucha/Poojah) to the Palad Khik as a Shiva Lingam, which honors Shiva as the Lord of the World. In India, not only is the Shiva Lingam worshiped, bit there exists also a cult which reveres the female sex organ, which is called the ‘Yoni’ (Vulva, female counterpart). The same thought is applied as that used too revere the Palad Khik Shiva Lingam, that is to say, that all created things must spring out of the Yoni instead of the Lingam.

This Palad Khik of Luang Phu Tim, is a highly attractive and rare Sacred Amulet, that would be a welcome addition to any Master Class Collector's Showcase, and more importantly, a most powerful amulet to possess for Bucha, and receive its Blessings, which History has proved time and time again to be one of the most powerful and famous makers of amulets in Thai Amulet History. 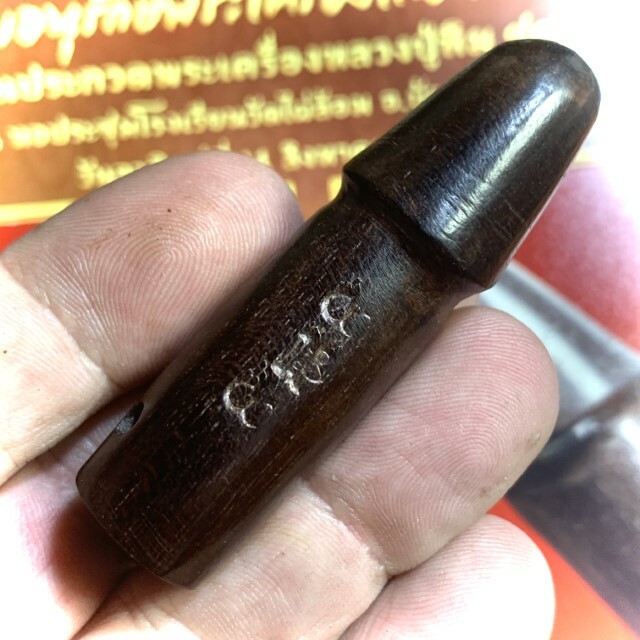 Luang Phu Tim Issarigo was renowned during his day, and remains renowned today as one of the top Master Monks in Thai amulet making history, and as the master of the Wicha Pong Prai Kumarn. His amulets are highly varied, and more extensive than ever thought before, now that the pantheon is becoming fully documented, and authenticated. Once seen as less known as the other famous Masters of his time such as Luang Por Horm, Luang Por Rung of Wat Ta Graber, and Luang Por Chern. 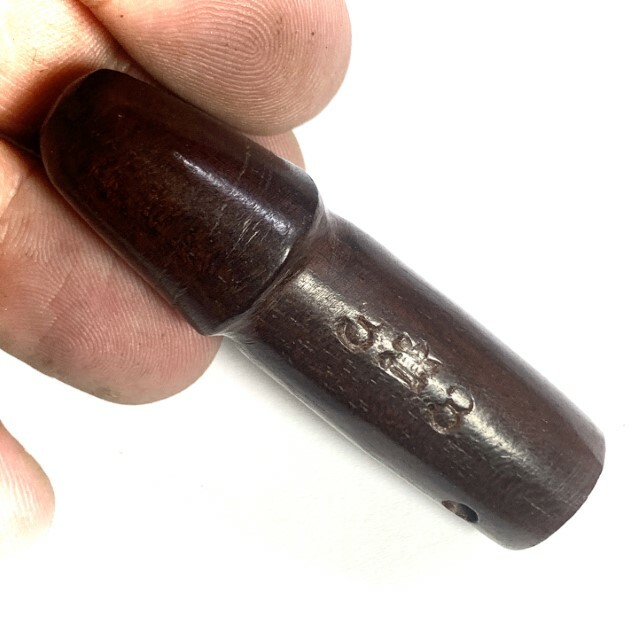 LP Tim soon became more popular and powerful as the tale of him being the only Master able to make an amulet rise up in a water filled alms-bowl, and start spinning around, when put to the test with the other great Masters, in a privately held competition. 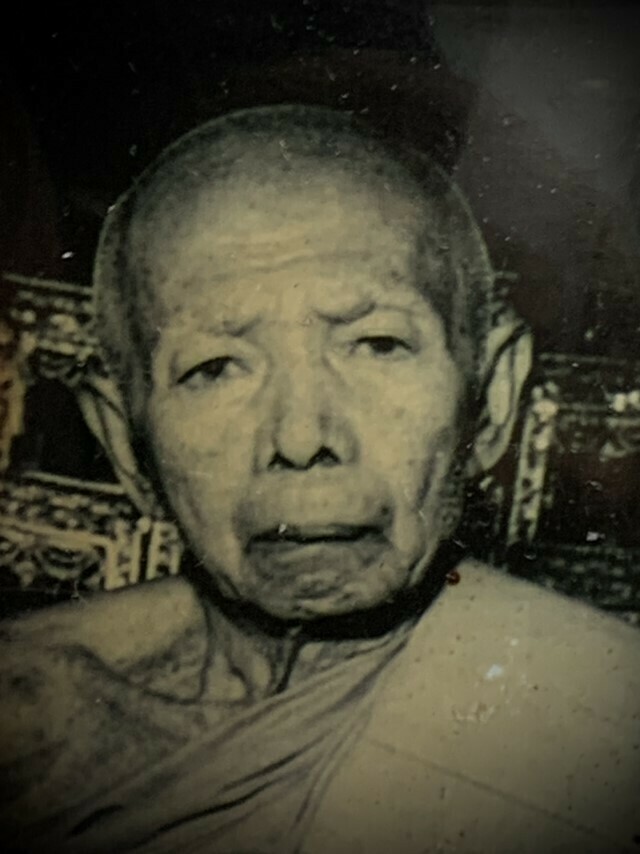 Once news of LP Tim's mastery leaked out, his amulets became very popular, and soon his Pra Pong Prai Kumarn became the most toasted and celebrated amulets for their power to change the fate and fortune of the wearer, and improve prosperity. This was the cause that Luang Phu Tim, stands amongst the top ten Guru masters of Thai Amulet History, This Talismanic Charm amulet, can only be recommended for its status, sacred value, magical power, artistic appreciation, and collectorship value. The Palad Khik Mai Khanun Gae comes with A4 sized certificate of Authenticity from the Glum Anuraks Ban Kaay LP Tim Amulet Conservation Society of Ajarn Phisek, in Ban Kaay Rayong, adjacent to Wat Laharn Rai. 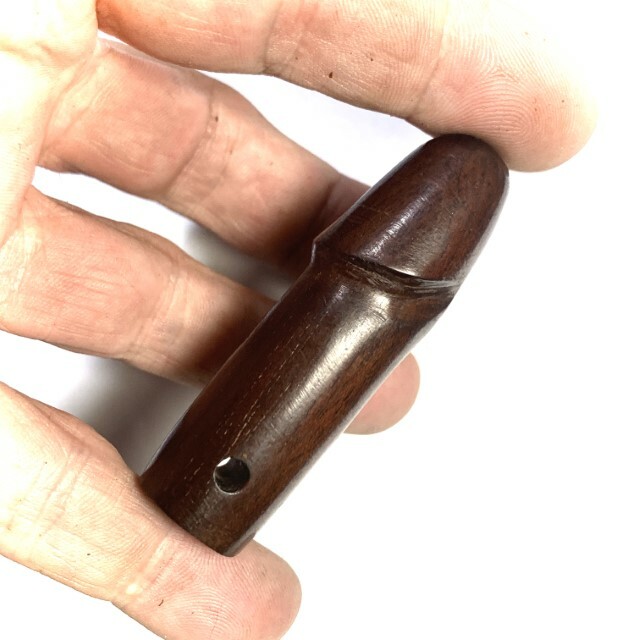 Free EMS/FEDEX/DHL Express Airmail Shipping Worldwide is Included. The Lockets were released in various forms around 2515 BE, in the now famous and most preferred and accepted 'Chud Pi 15' series, 2 years before the monopolist financed 2517 BE series of amulets, which are now of much less popularity than the Chud Pi 15 series, due to new information resurging over the years between 2558 BE and 2560 BE, which revealed the true history of the amulets of Luang Phu Tim, dating from around 2495 BE to 2515, and opened up the doorway to the documentation of almost the full pantheon of amulets of Luang Phu Tim. Luang Phu Tim Issarigo, was of course not only one of the most highly acclaimed and sought after Guru Monks for his amulets, he is the holder of the highest esteem in Thai Buddhist amulet history for Pong Prai Kumarn powders. 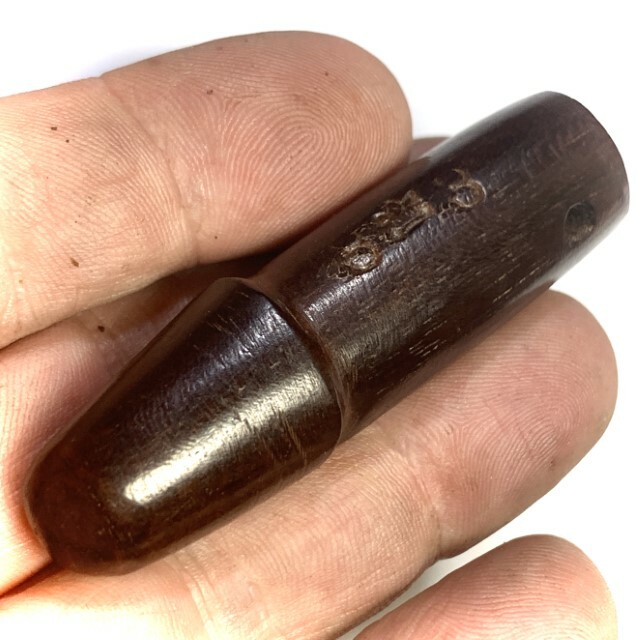 This amulet comes with official authenticity certificate made on Sunday 11th of August of the 2562 BE Samakom Glum Anuraks Luead Ban Kaay Luang Phu Tim Amulet Preservation Society meeting, with signature of confirmation from its president Ajarn Dr. Phisek Sri Sawad. The Sacredness of the Pra Pong Prai Kumarn is legendary and unquestioned in Thailand, and its magical power is commonly accepted by all, and are considered to be amongst the most powerful powders in existence. 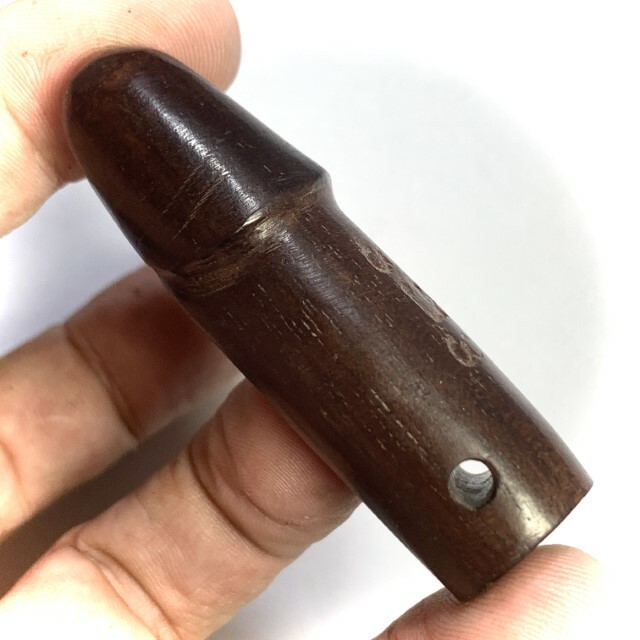 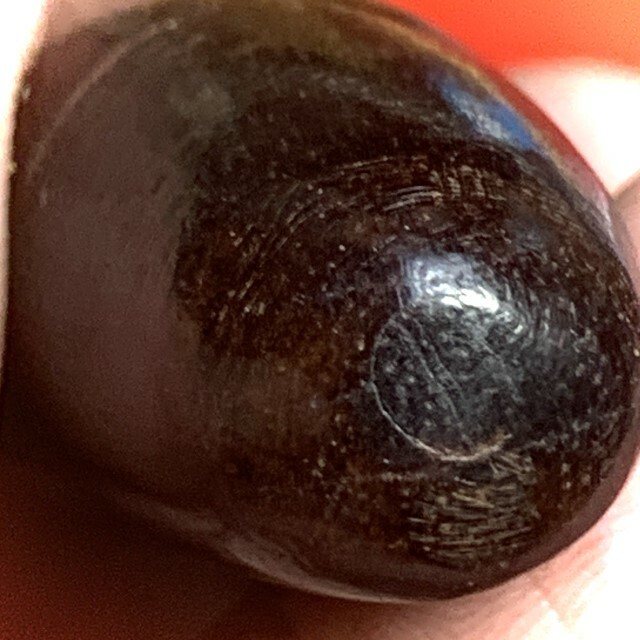 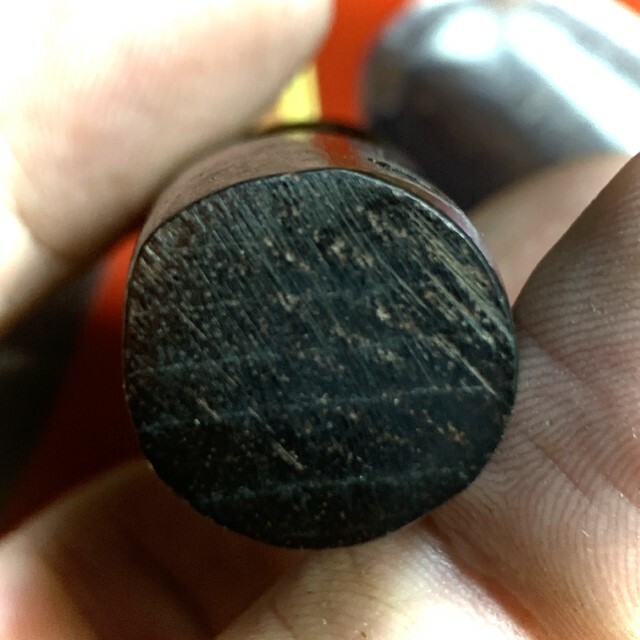 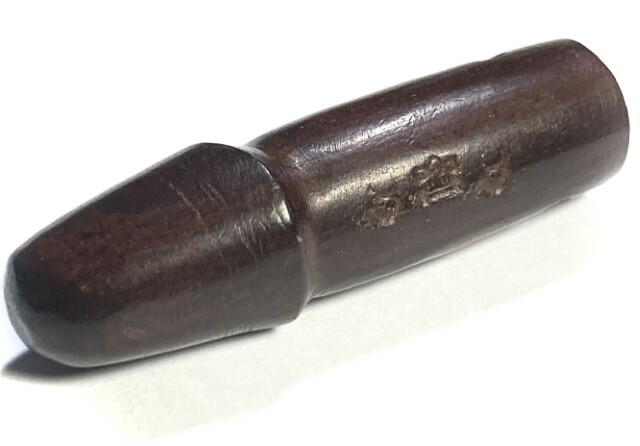 In next order of preference, after the deceased Luang Phu Gaew Gesaro, one could possibly estimate the great Luang Phu Sin,of Wat Laharn Yai, and equally so Luang Por Rat of Wat Pha Hwaay (Now taking first preference in place of Luang Por Sin, for his adherence to lower prices, and his large repository of Pong Prai Kumarn and See Pheung Khiaw LP Tarb, which is the largest remaining repository of Muan Sarn of all afilliated temples), Luang Por Foo (A gaeji Master in his own righht who never advertised his afilliation with the lineage Magic of WatLaharn Rai, but who was often at LP Sakorn's side learning with LP Tim), and Pra Ajarn Somkid, of Wat Beung Tata (Rayong). 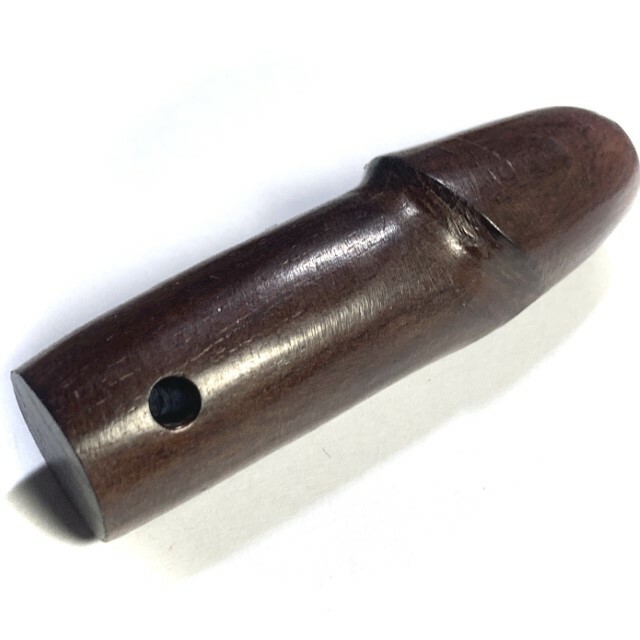 Luang Phu Tim made many famous amulets of immense esteem, such as the Pra Kring Chinabanchorn, Rian Semam Rian Jaroen Porn, Pra Sivali, Siarn Dto and Siarn Lek, Carved Krueang Rang (Talismans), such as Chook Chok, Palad Khik, Hanuman, and other roms of animist charms, Takrut, and other amulets, but was most famous of all for his Pra Khun Phaen Pong Prai Kumarn amulets. Be it his Roop Muean, Look Om Pong Prai Kumarn, Pra Khun Phaen, or the many models of Pra Pong Prai Kumarn Pim Boran, the Muan Sarn Sacred Powders of Luang Phu Tim and his empowerments are among the most highly regarded of all. 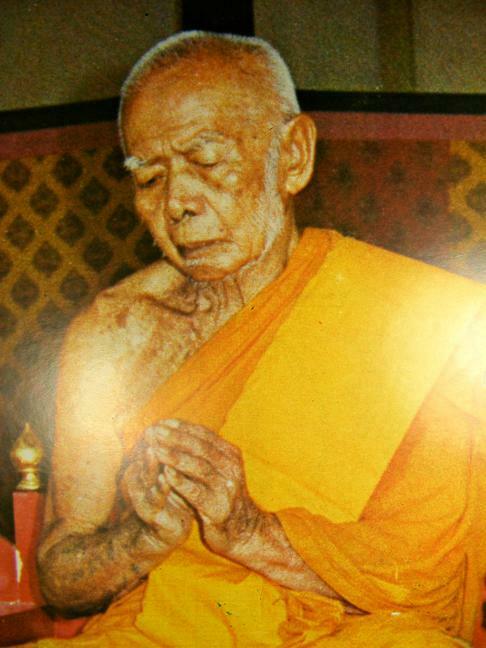 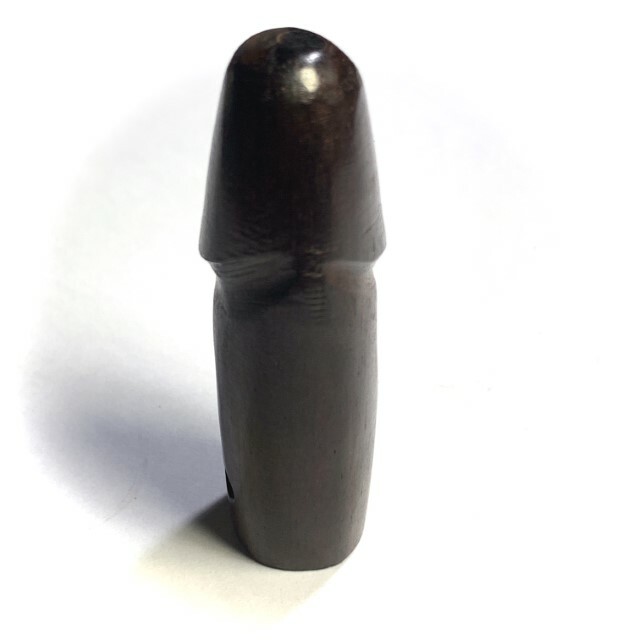 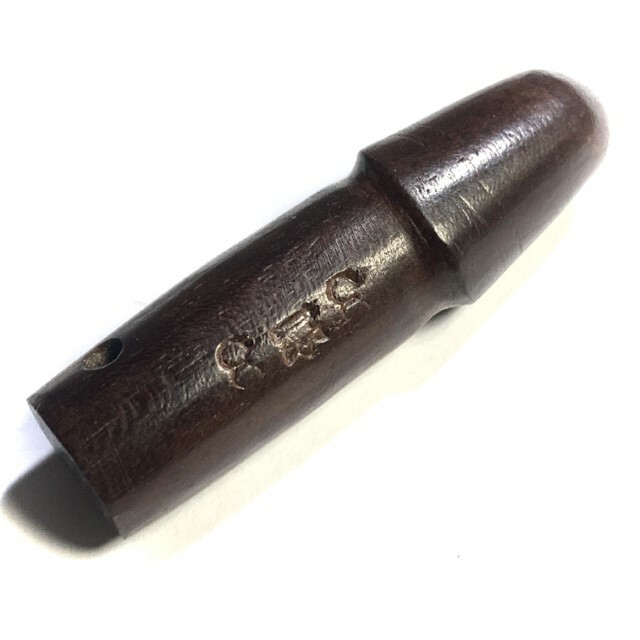 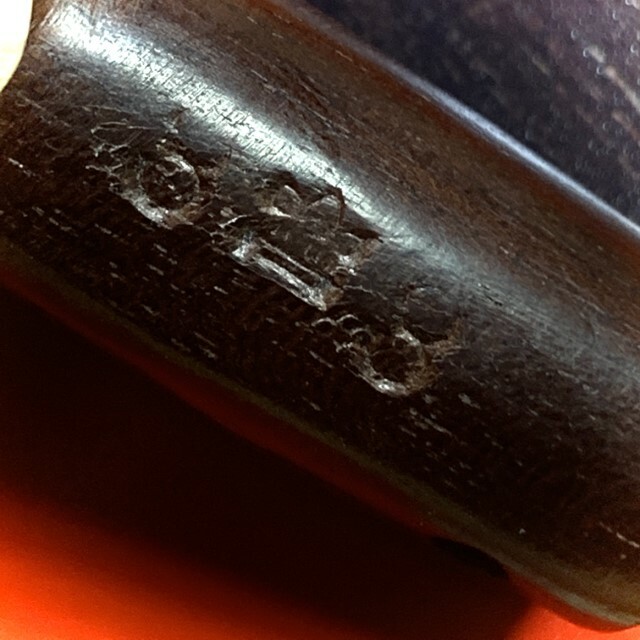 Since his passing, his devotees and apprenticed monks, have now become the world's top living masters for the making of Pra Khun Phaen Pong Pra Kumarn, and literally dozens of encyclopedic books, have been printed, documenting both this great master monk, and his classic amulets of high esteem. Buddhist monk coins with his image and others with Buddha images and other deities and imagery are amongst the most highly collected amulets and most expensive of all of the great Luang Phu Tim. Luang Phu Tim had various direct lineage apprentices, who are continuing to progress and spread his most powerful and world-famous Wicha. 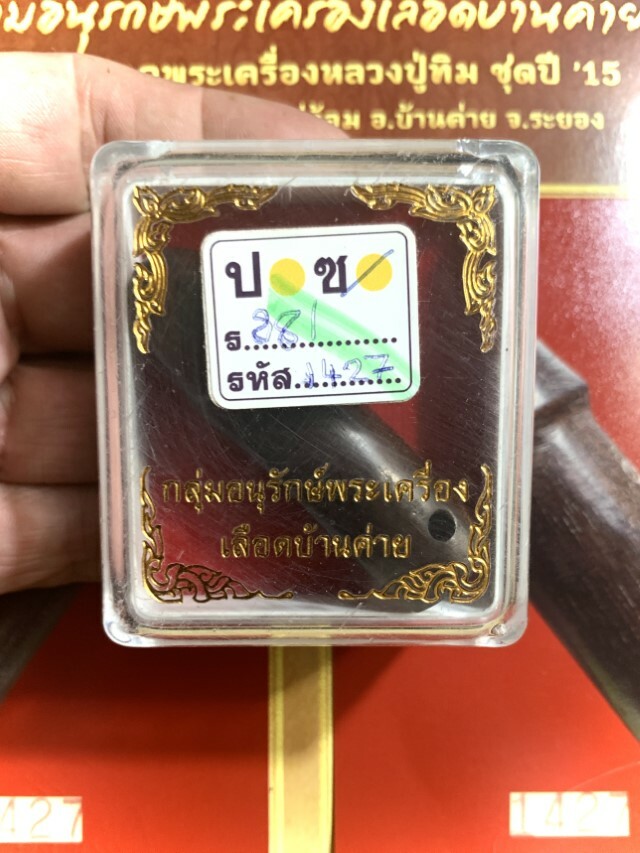 Of all of these masters, perhaps the most famous, preferred, were Luang Phu Gaew Gesaro, and Luang Por Sakorn, of Wat Nong Grub, who is also now deceased, and whose amulets are almost now just as highly sought after, and in some cases have reached the same price mark as the amulets of Luang Phu Tim himself 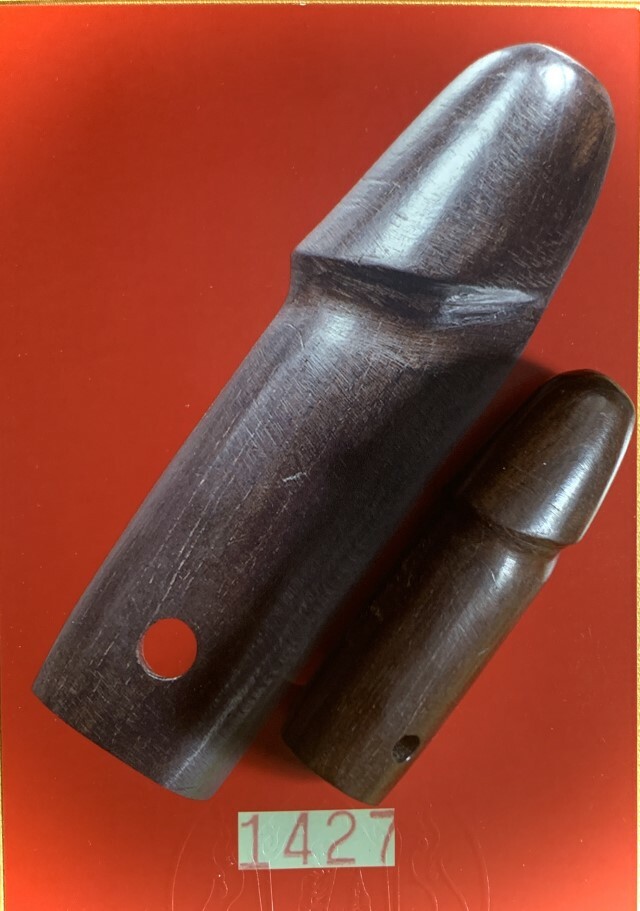 The Palad Khik is an Ancient Wicha, whose development can be traced right back to the Vedic Brahman Occult practices of Thousands of Years ago. Palad Khik amulets must be empowered by the repetition of incantations, which Thais call ‘Kata Bucha’, derived from the Devanagari ‘ghata poojah’. The incantations depend on the creator’s lineage in each school of traditional non-Buddhist animist magic. 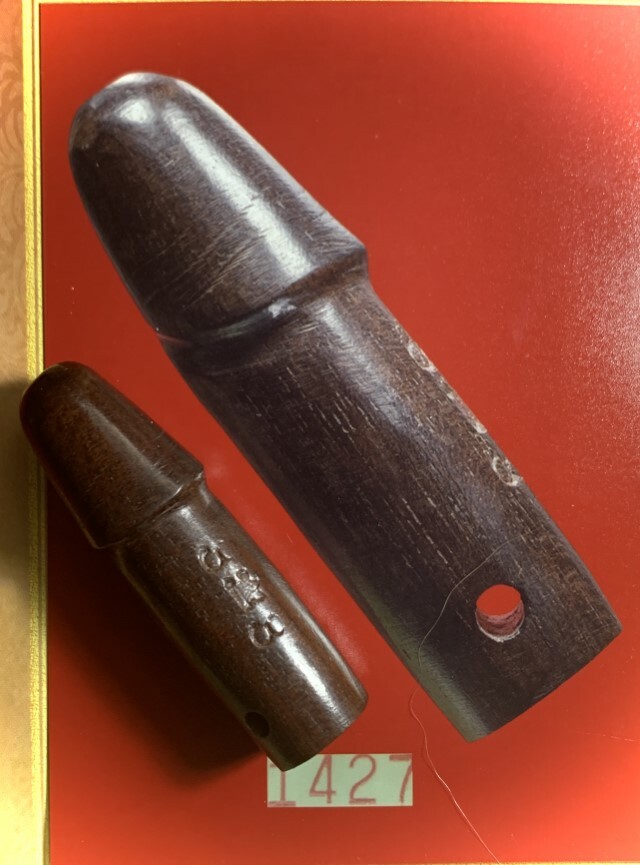 After purchase, the downloads section of your account will have the Kata Bucha Luang Phu Tim Wat Laharn Rai (Chanting Tutorial) as an mp4 file for you to download and practice. For this reason we recommend you make an account with us before buying, so you can access your extra downloads from your store account when you buy things. This extremely rare amulet of LP Tim, is a wonderful opportunity for devotees who seek the true power of a world class amulet from a world class Buddhist Master Monk. Luang Phu Tim Isarago, is of course not only one of the most highly acclaimed and sought after Guru Monks for his amulets. 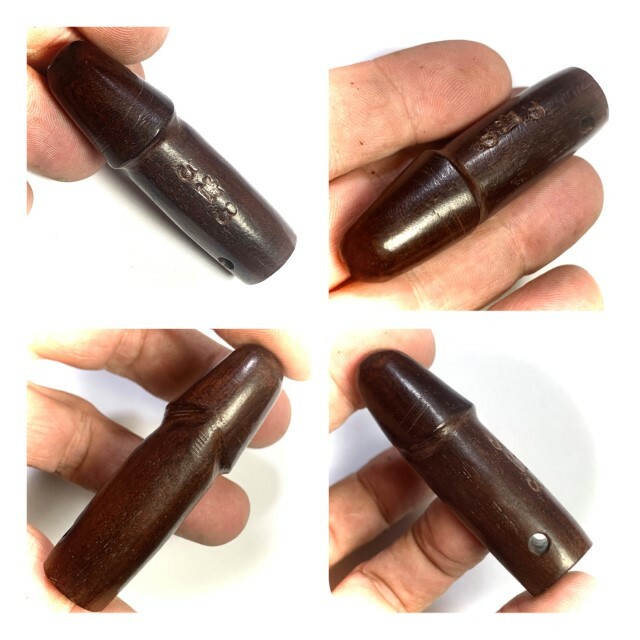