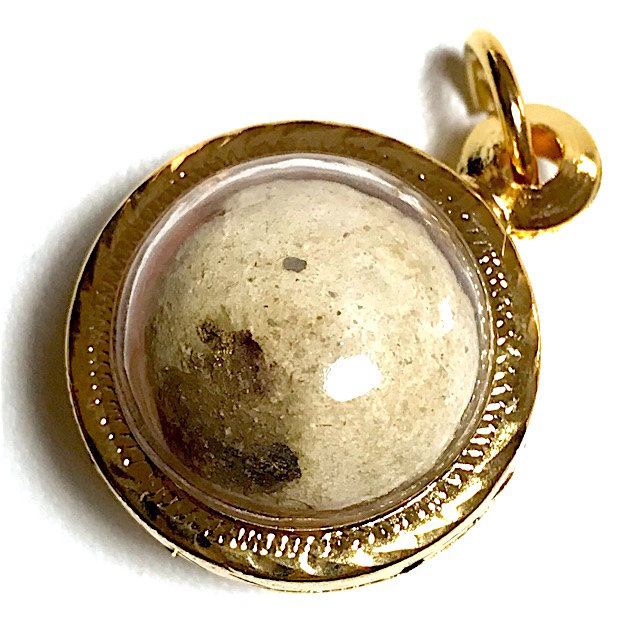 Look Om Pong Prai Kumarn Sacred Powder wishing ball amulet - Khanad Klang (Medium Size 1.5 Cm diameter), from Luang Phu Tim of Wat Laharn Rai. Blessed in a historically important ceremony in 2517 BE at Wat Po Sampant, with additional blessings by the great Luang Phu To (Wat Pradoo Chimplee), and Luang Phu Rerm, and Luang Por Chern (Wat Mab Kha). A most Sacred and now very rare edition which is becoming ever increasingly sought after, and rarer by the day, in the present Era. 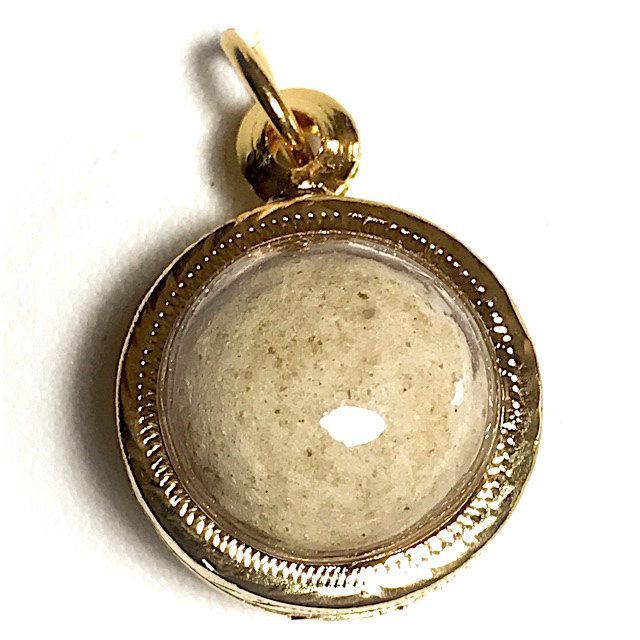 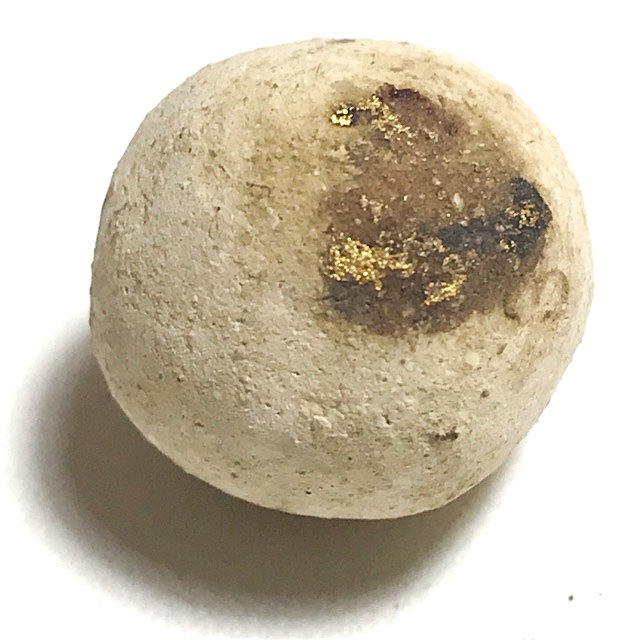 The code Laekh 3 is found stamped on many amulets of Luang Phu Tim, ranging from Khun Phaen, Look Om, Palad Khik, and his Metallic Coins and other amulets, and is derived from the Laymaster Kun Pattana Bun Anugul, who was the artisan who made the Palad Khik amulets for Luang Phu Tim to Bless, and whose involvement in the creation of amulet designs and models for Luang Phu to empower is related to the number 3 code. 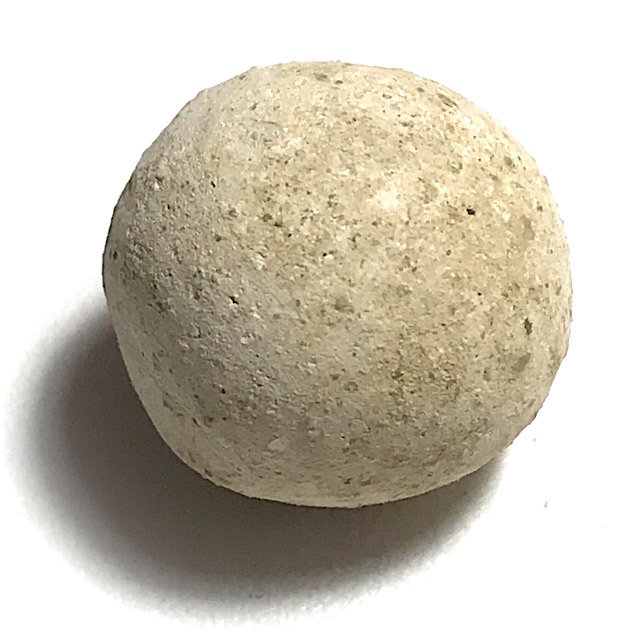 The true reason and meaning of the number 3, is argued over and speculated. It is highly possible that in truth, it is the Khom (Khmer Sanskrit) letter 'Pa', which stands for for either the word 'Putta, meaning the Buddha, or perhaps 'Pattana' the name of the artisan, which is highly probable 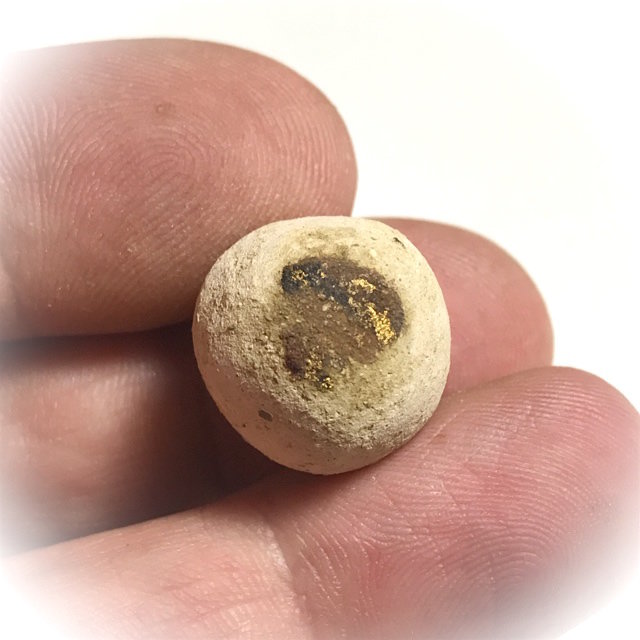 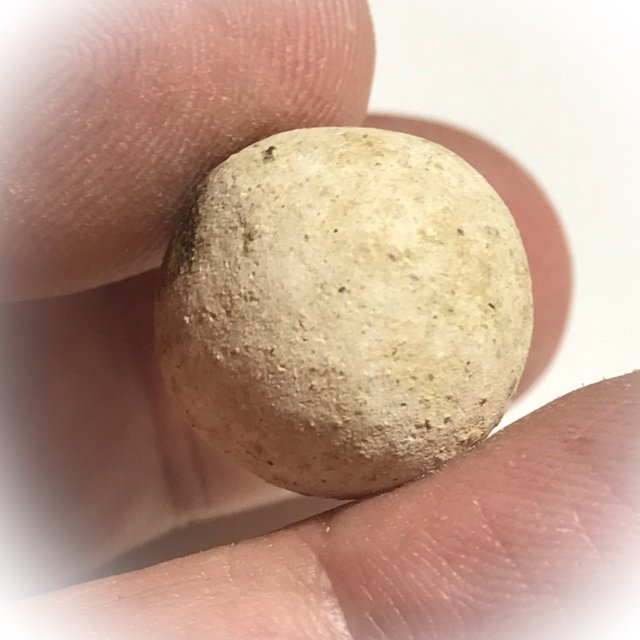 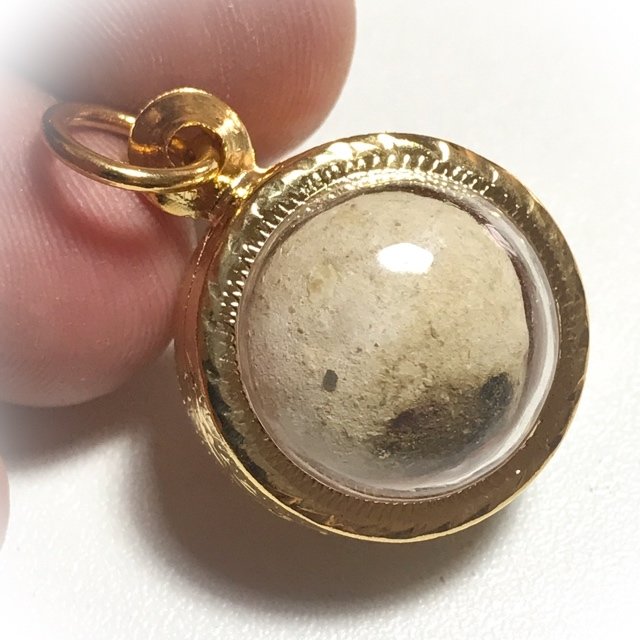 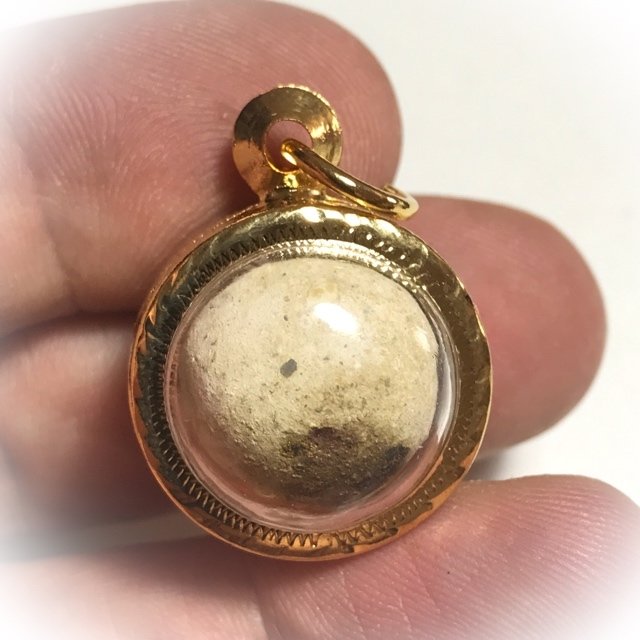 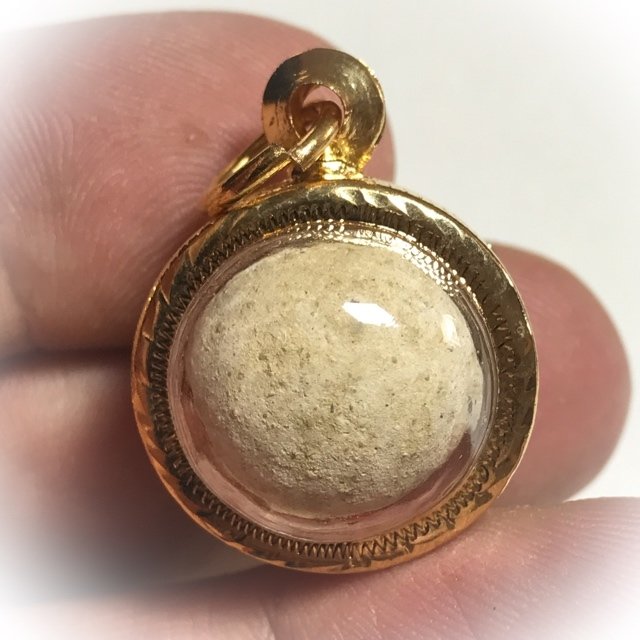 Below; the code number 3 is embossed on the surface, which in truth is not a 3, rather, a Khom Sanskrit letter P, for the name of the artisan Pattana Bun Anugul, who made this code stamp for Luang Phu Tim, and was the artisan responsible for the various Palad Khik amulets of Luang Phu. 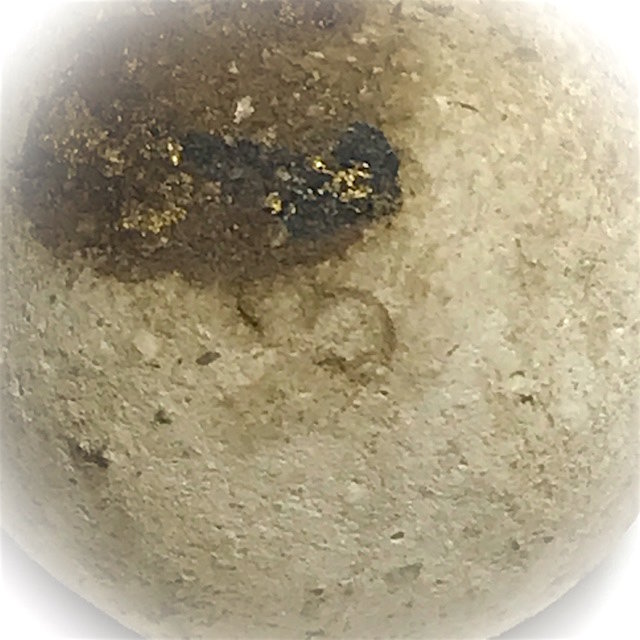 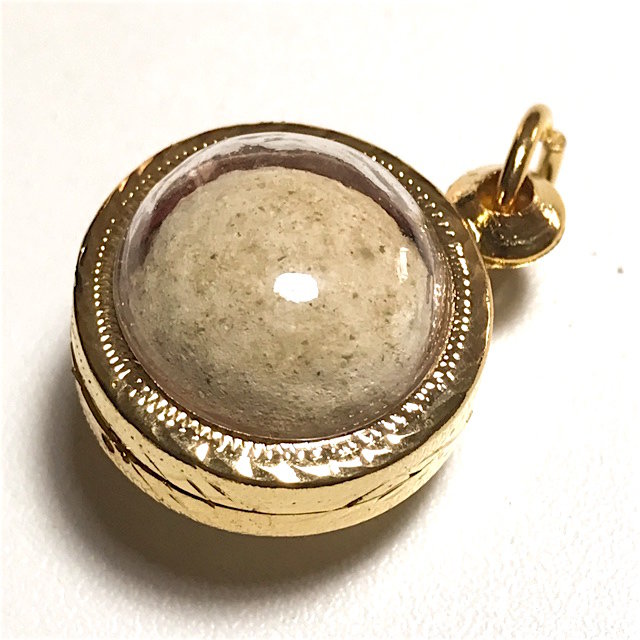 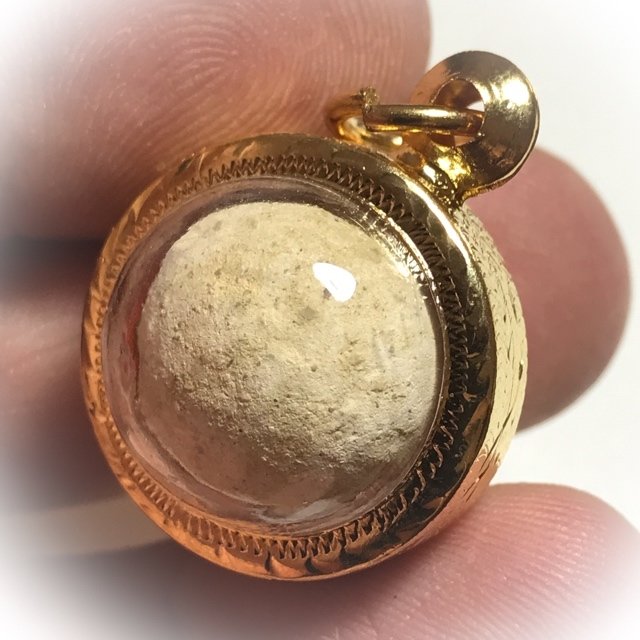 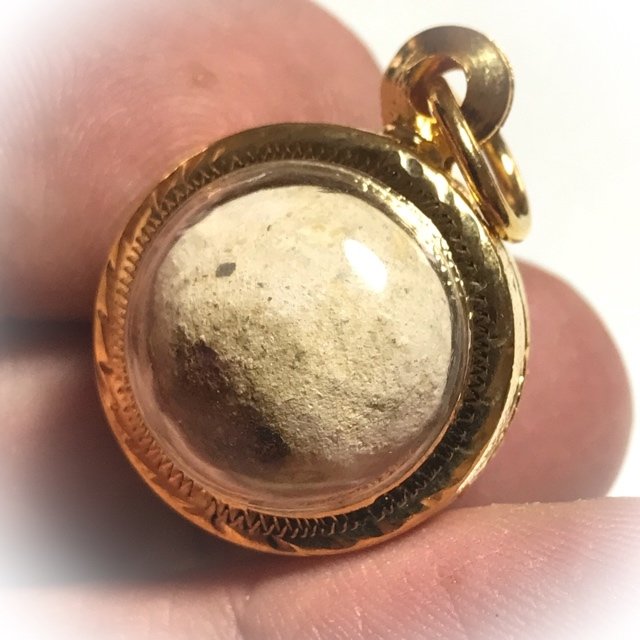 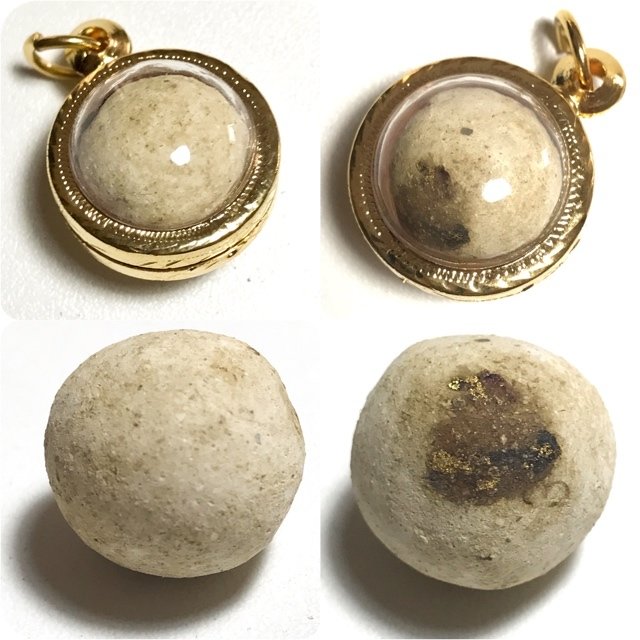