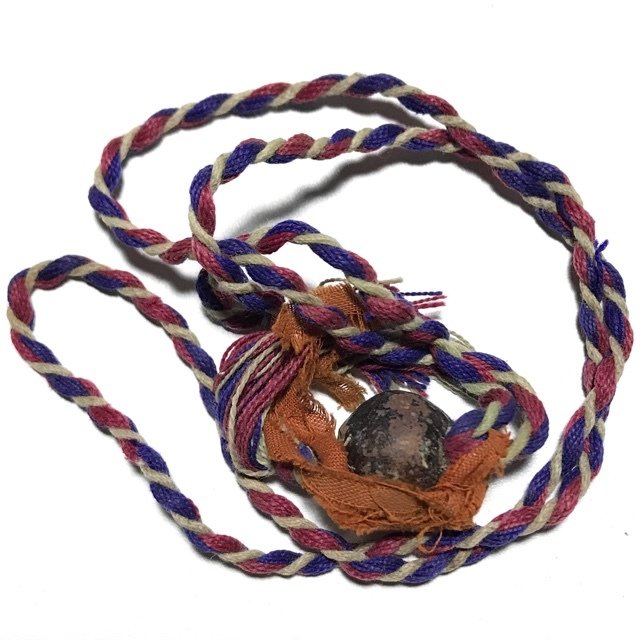 A very rare old Look Om Chan Hmak chewed betel and areca nut amulet, with a strip of Civara Monks Robe attached to a red white and blue Chueak Tong Chart (Thai Flag) cord, for wearing as a necklace. This Look Om is unusual (Nork Pim), in the sense that it is bare and threaded onto a necklace, with Civara Robe, whereas most of Luang Por Tob's Look Om were almost always wrapped in cord with a pendant hoop.

A very rare original amulet from the legendary Luang Por Tob, of Wat Chon Daen (Wat Chang Phueak). Estimated to have been made during the middle Era of Luang Por Tob's trajectory, between 2480 - 2500 BE, the Look Om is highly renowned for Maha Lap Lucky Fortunes, and its powerful Kong Grapan Chadtri, Klaew Klaad, and Maha Ud Protective Power. 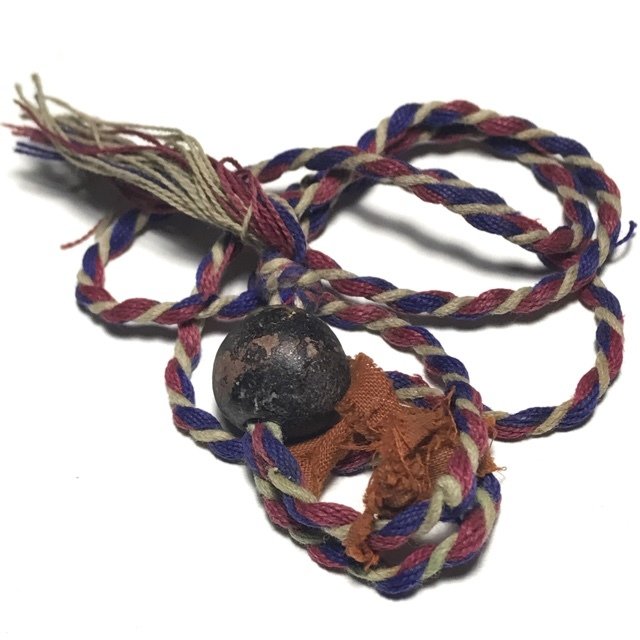 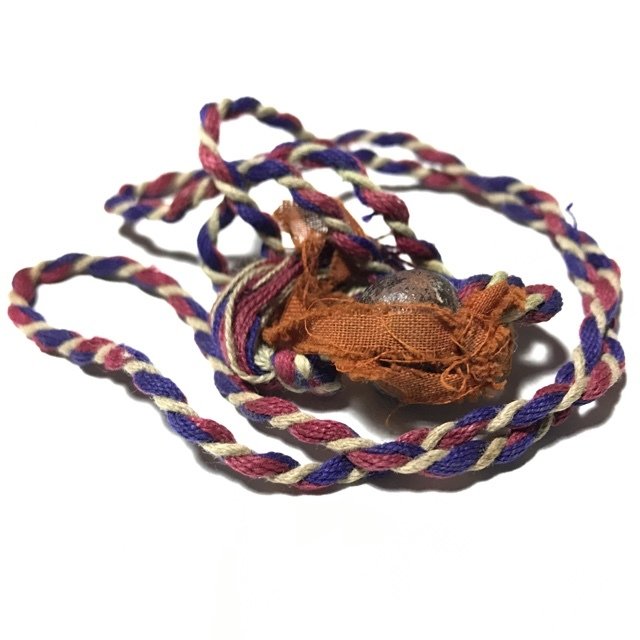 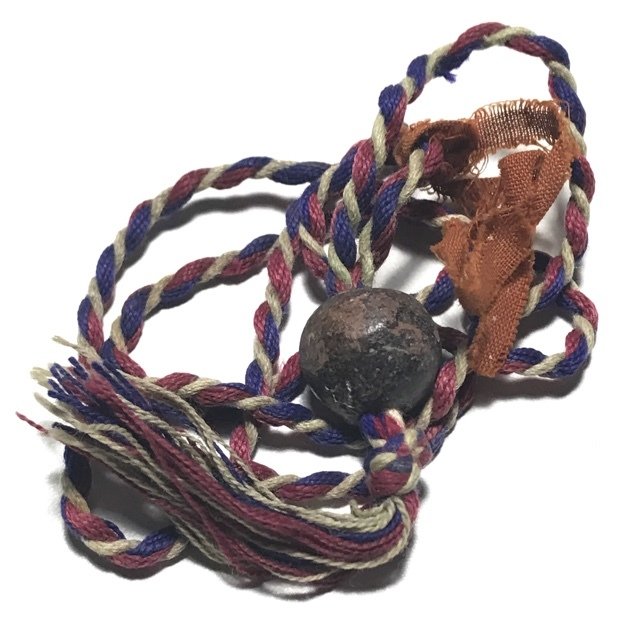 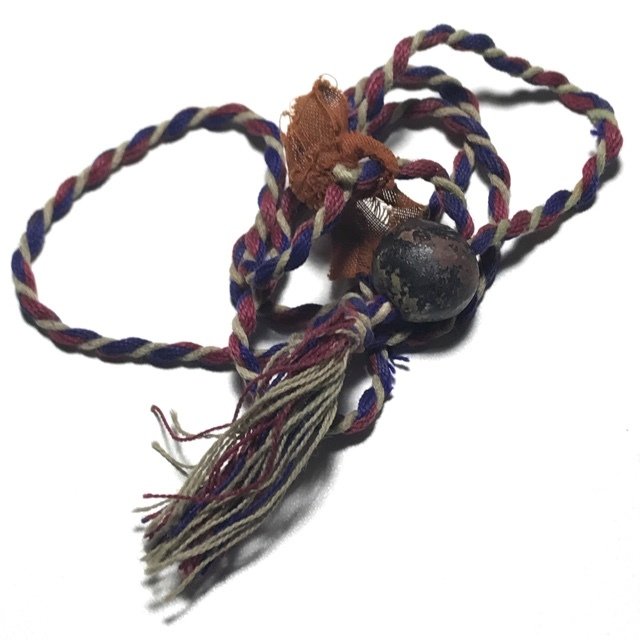 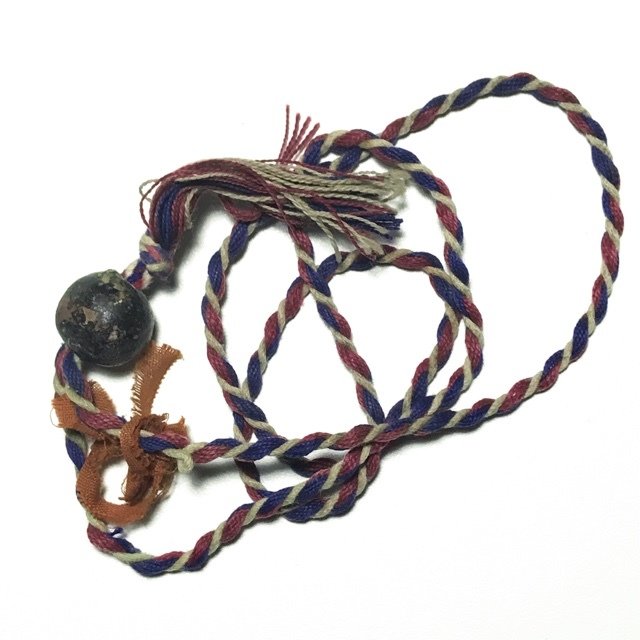 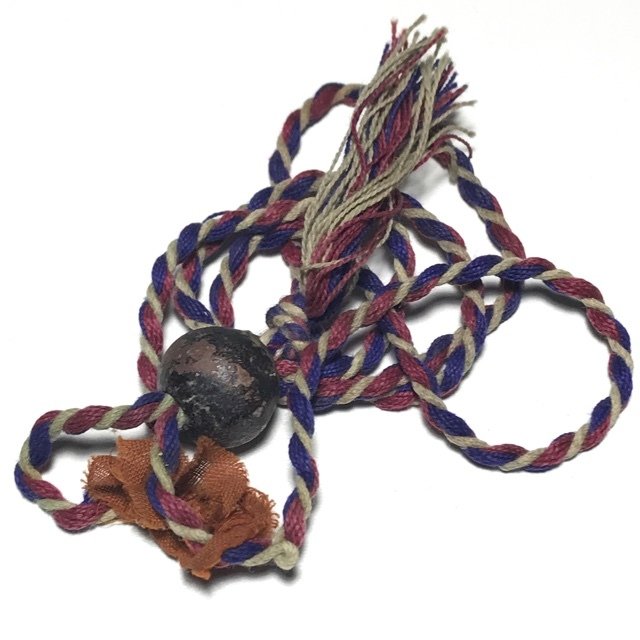 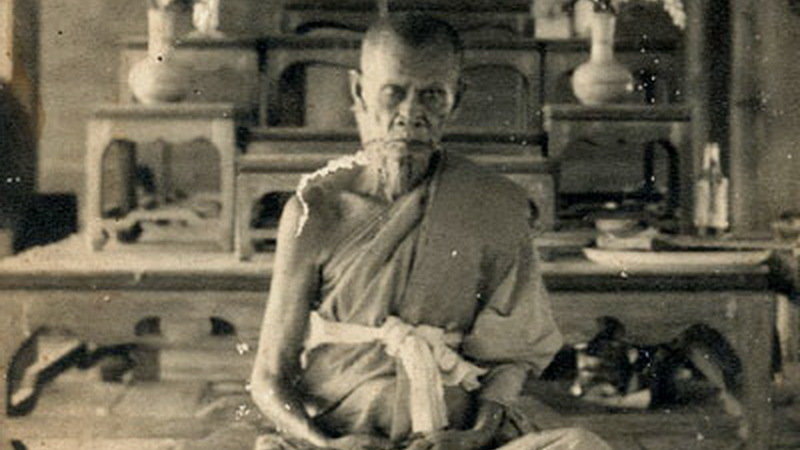 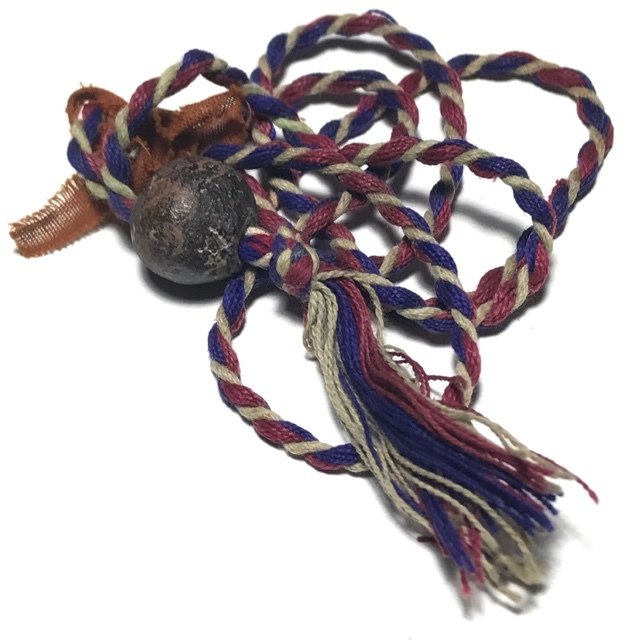 As far as amulets are concerned, Luang Por Tob excelled in this Wicha, and created more than 200 different kinds of amulets during his trajectory as a Sorceror Monk, including Muan Sarn Sacred Powders amulets, Roop Lor Loi Ongk Statuettes, Look Om Chan Hmak, Takrut and other amulets. So many of his amulets have become world famous classics and highly renowned for their magical power. His famous Roop Lor Hnaa Farang, Roop Lor Hua Mai Kheed, and Roop Lor Awk Sir are immensely sought after by collectors and devotees of the amulet appreciation societies, and fetch very high prices these days. 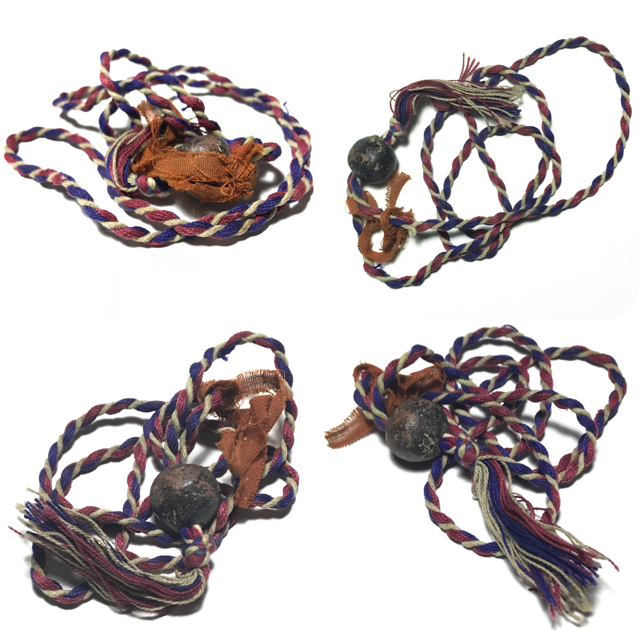