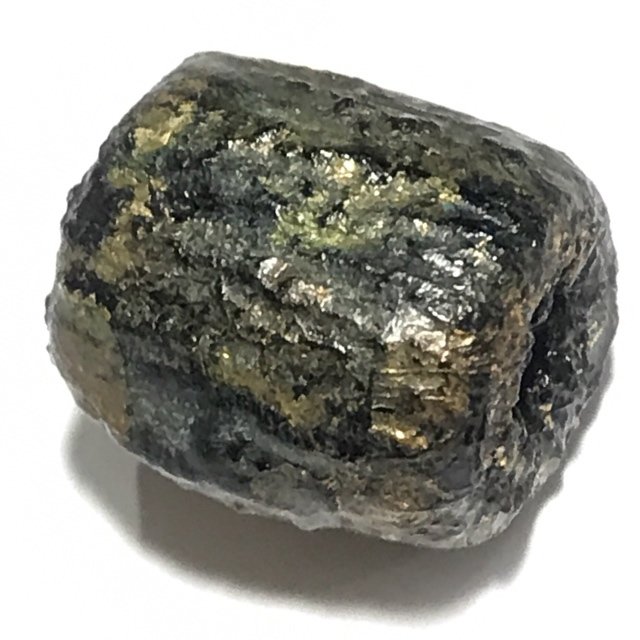 Presenting a very seldom found Takrut Bailan Pitsamorn Jiw Long Rak miniature size version, of the all time number one classic amulet of Luang Phu Gaew, of Wat Puang Malai, in Pristine condition. The Takrut Bailan Pitsamorn of Luang Por Gaew (2393 - 2462 BE) is an amulet that is over a century old and is considered an eminent member of the 'Gao Yang Tee Kuan Mee Dtid Gaay' (Nine Sacred amulets which one should wear for perfect blessings), of olden days, which was a famous proverbial saying of devotees of amulets in Thailand in olden times. 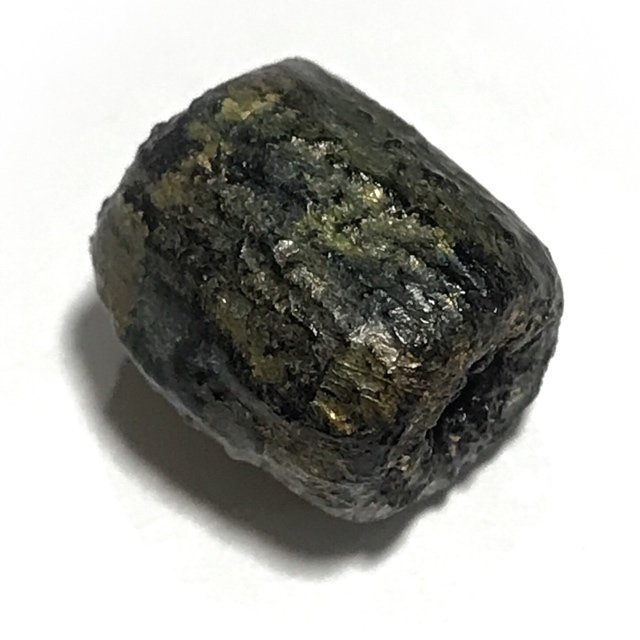 This exhibit is a perfect example of the classic and most commonly accepted Takrut Bailan Pitsamorn of Luang Por Gaew, being a parchment scroll, hollow in the middle, and wrapped with Sinjana cords, ancient Chinese lacquer (Rak Chart), and gold leaf. This exhibit can be considered 'Tae Doo Ngaay' (very easy to see its authenticity and true age), from the darkened hardened lacquer and depth of immersion of the gold leaf. The appearance of the amulet possesses exactly the right signs of natural ageing to authenticate its age as being from the Era of Luang Por Gaew, and its materials and style of making is inimitably supportive of this, which gives a 100% certainty of authenticity for this amulet. 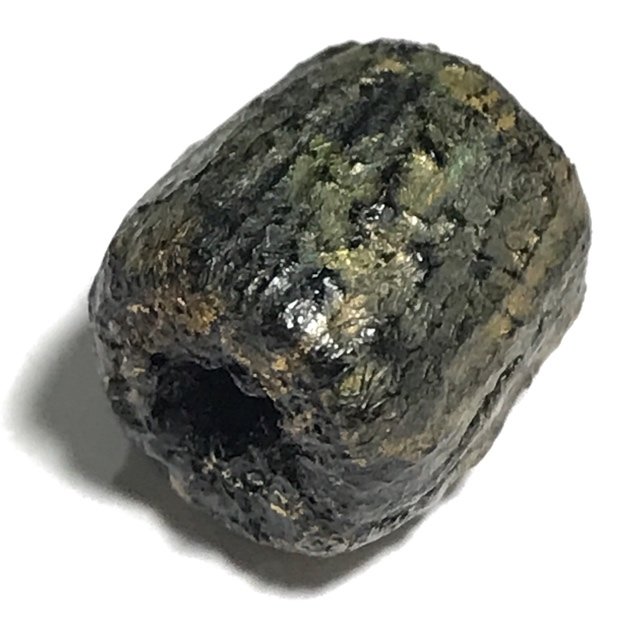 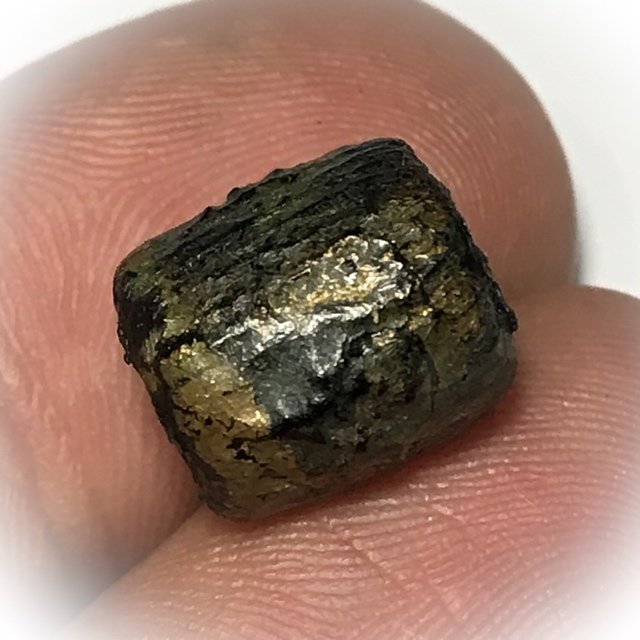 Luang Por Gaew would inscribe the Bailan leaves with the Khom letter 'MI' and encircle it with inscriptions of the Kata Hua Jai Suea Saming Were Tiger Invocation (Phū Pi Phū Pa) in Sacred Khom Agkhara Characters. The Hua Jai Suea Saming is also known as the Hua Jai See Sahaay (four friends heart Mantra). The strange thing is, that as Luang Por Gaew was gathering the materials in his Kuti to inscribe the Takrut, the birds in the forest were making lots of noise chirping and calling out. But as soon as Luang Por Gaew began his inscriptions, they all fell silent. As he finished the last one, and closed the ceremony, the birds of the forest all began to resound with loud calls and birdsong again immediately!!! 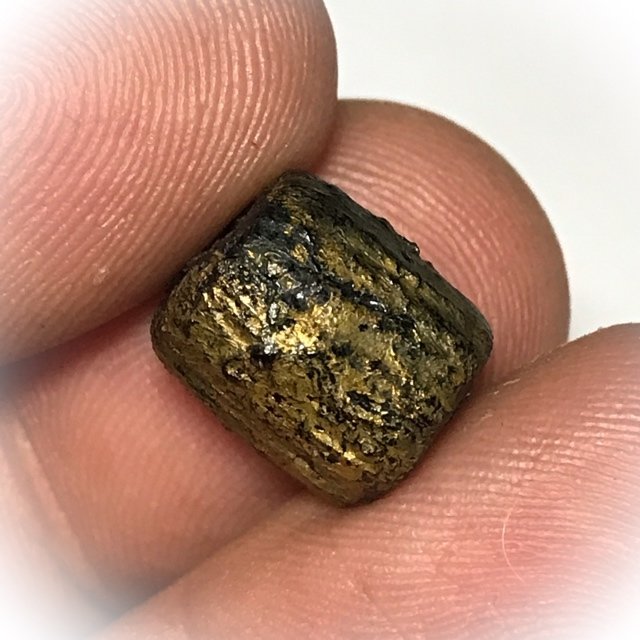 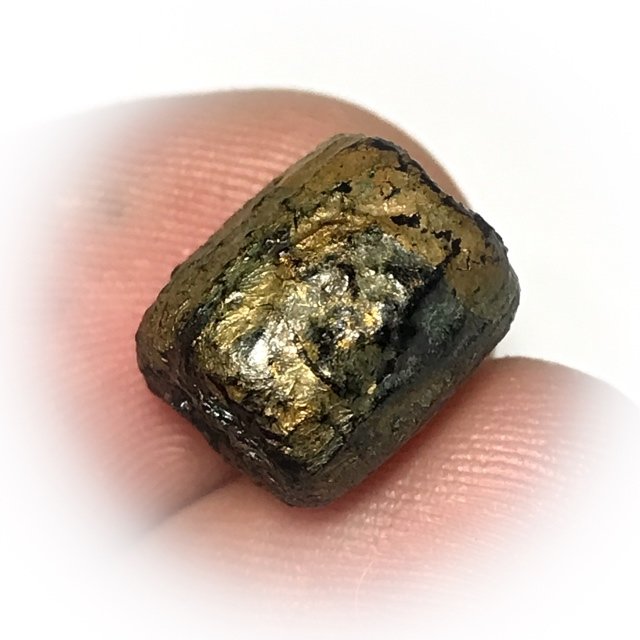 This revealed that Luang Por Gaew knew that the Bailan of Bang Pern had special powers which is not found in all Bailan fields, and that the village of Bang Pern did not get its name for no reason, for the earth powers within this municipality defeated the powers of gunpowder, through a high presence of gunstopper minerals in the earth. 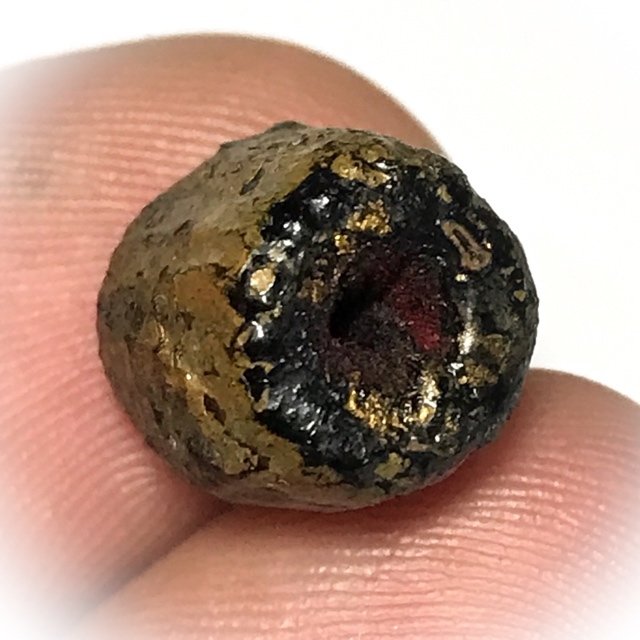 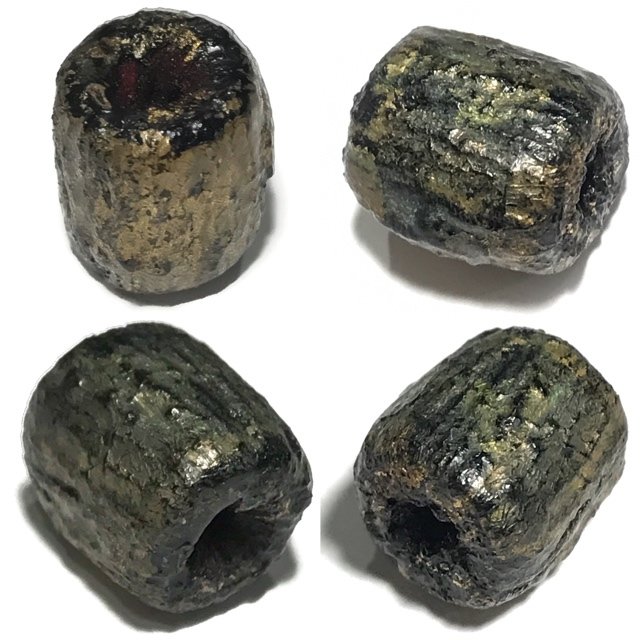