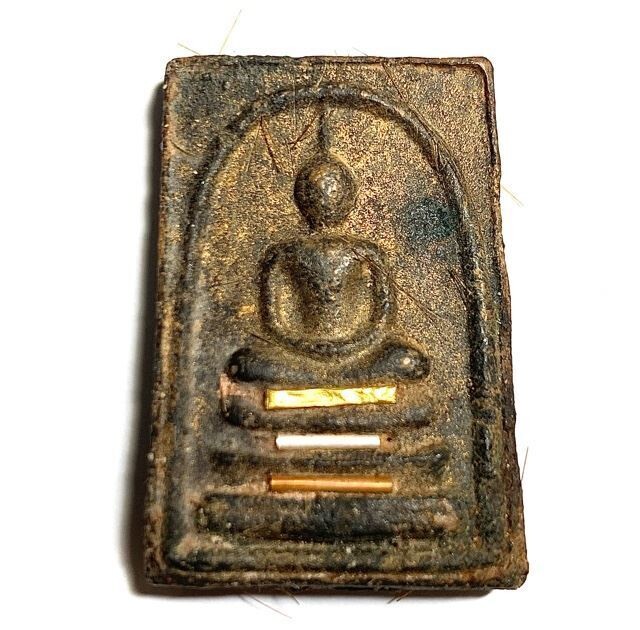 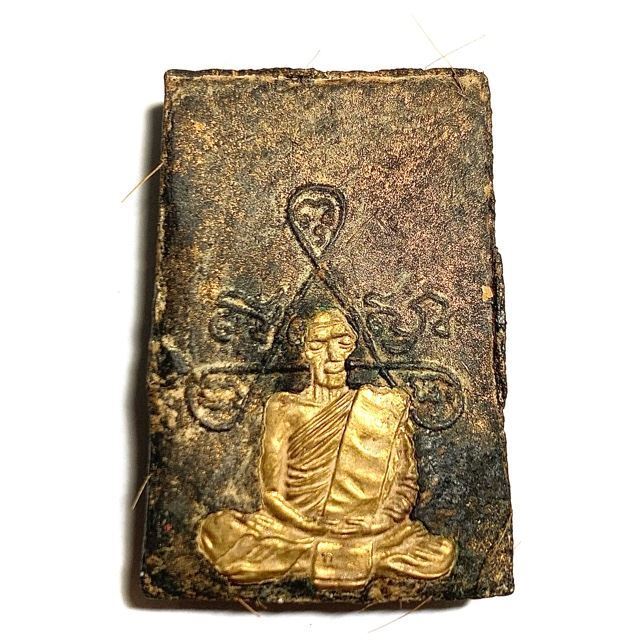 The front face has an immensely clear image with refined details and deep relief, which is unusually prominent for this Pim, adding to its inherent prominence, due to being an Ongk Kroo model with triple Takrut in front face, and solid gold Roop Muean inserted in rear face, as well as being made from the much rarer Nuea Wan Plai Dam, and containing a large amount of Gesa hairs of Luang Phu Tim. 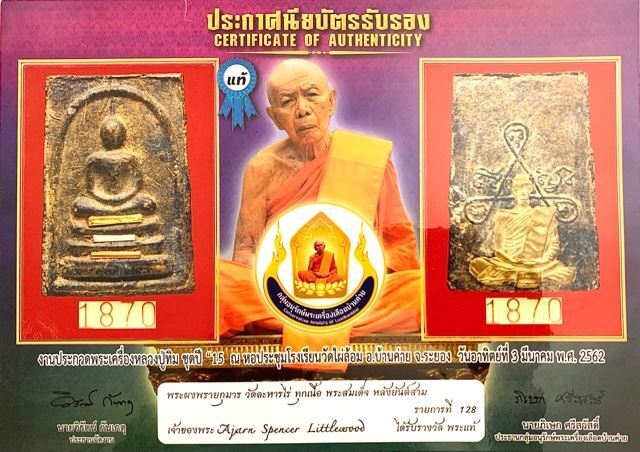 This amulet is authenticated and comes with A4 size Certificate of Authenticity, and Free Express EMS/DHL/Fedex Shipping included, as well as the offer of free Solid Silver, Transparent Waterproof, or Stainless Steel Casing if desired.

This Pra Somdej is extremely rare to find in black Wan Plai Dam powders, and especially in Ongk Kroo version. They are well prized for their Maha Lap and Maha Sanaeh, and Kong Grapan Powers, especially an exhibit such as this pristinely kept amulet, enchanting in its appearance, with the seductive shimmer of Sai Rae Tong Kam Pure Gold Flakes, filled with Pong Prai Kumarn Muan Sarn Powders. 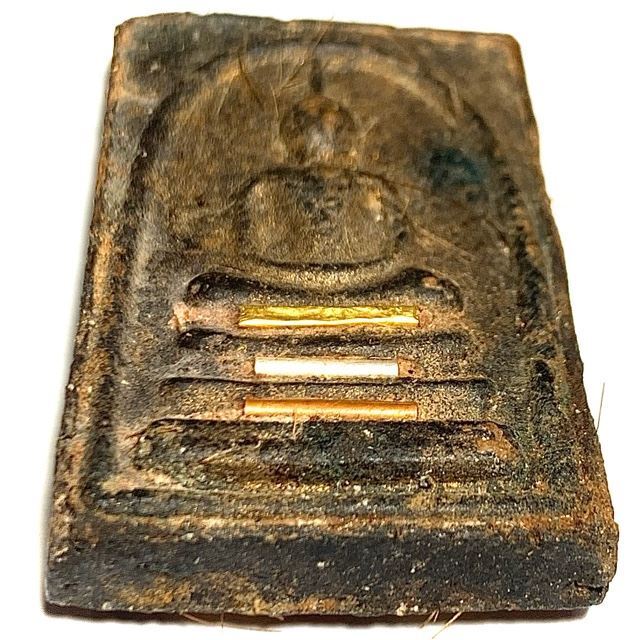 The special individuality, and Sacred Power of this amulet is enhanced by the Triple Takrut spells imbuing extra power, and the solid gold image of LP Tim on the rear face. The amulet has Luang Phu Tim's inimitable and semi-ubiquitous Yant Trai Sacred Geometry Spell in Ancient Khmer 'Pasa Khom' Pali Sanskrit Agkhara Sacred Script on the rear face, which is what lends the name 'Somdej Hlang Yant Trai' or 'Somdej Hlang Yant Maha Ud', to the amulet. 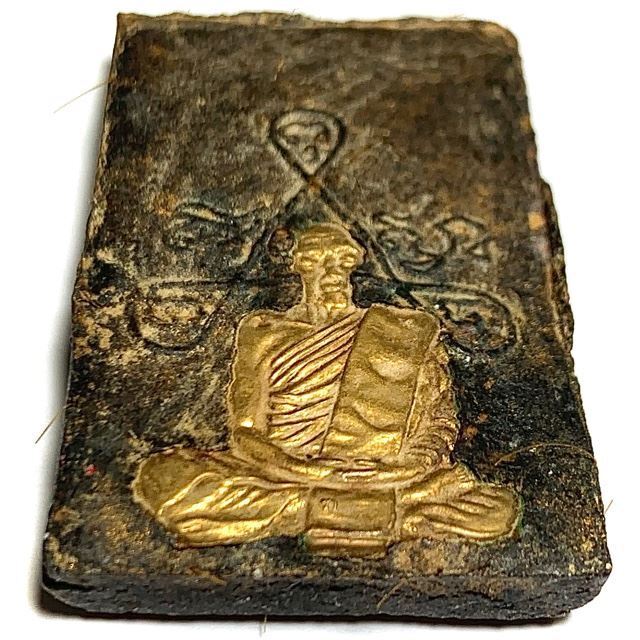 The amulet is full of Pong Prai Kumarn with Plai Dam Powders, and has all features intact, having been kept in pristine condition by its original owner The Sacred Pra Pong Prai Kumarn of the Great Luang Phu Tim of Wat Laharn Rai is one of the most famous amulets of all time, and highly renowned for its true power to bring prosperit, invincibility and good business, power of attraction and mercy charm to the wearer. 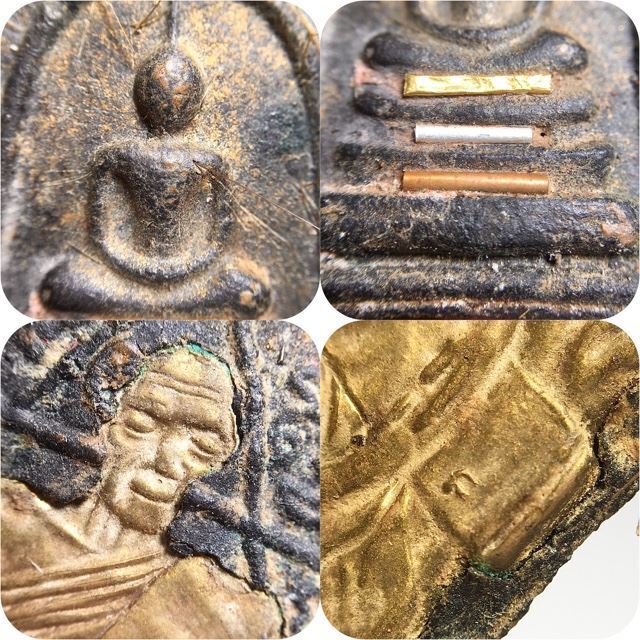 Luang Phu Tim Issarigo, was renowned during his day, and remains renowned today as one of the top Master Monks in Thai amulet making history, and as the master of the Wicha Pong Prai Kumarn. His amulets are highly varied, and more extensive than ever thought before, now that the pantheon is becoming fully documented, and authenticated. Luang Phu Tim Issarigo, was of course not only one of the most highly acclaimed and sought after Thai Guru Monks for his amulets, he is the holder of the highest esteem in Thai Buddhist amulet history for Pong Prai Kumarn powders. 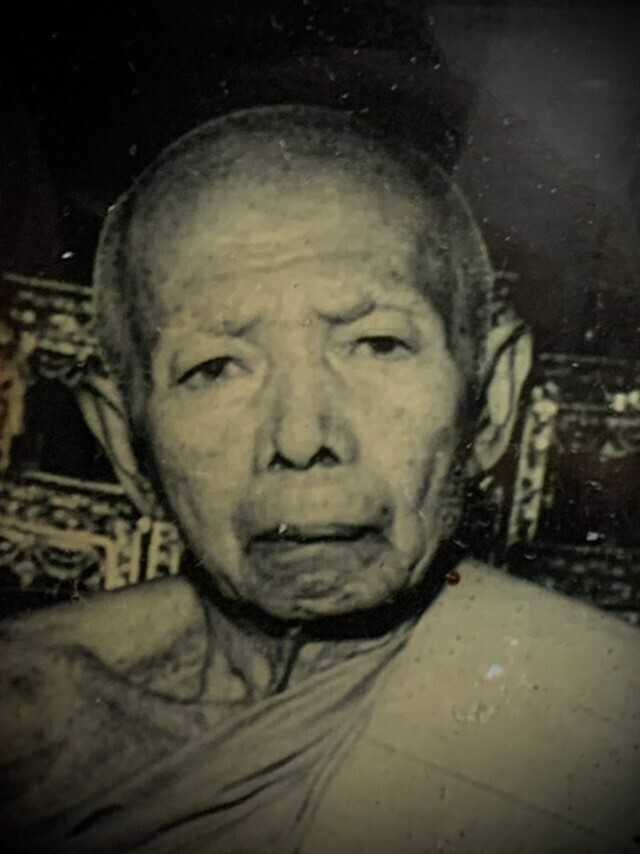 In the early days, LP Tim was once seen as less known as the other famous Masters of his time, such as Luang Por Horm, of Wat Sak Hmak, Luang Por Rung of Wat Ta Graber, and Luang Por Chern. But then, LP Tim soon became more popular and seen as more powerful as his peers, as the tale of him being the only Master able to use psychic powers to make an amulet rise up in a water filled alms-bowl, and start spinning around, when put to the test with the other great Masters, in a privately held competition of magical powers. 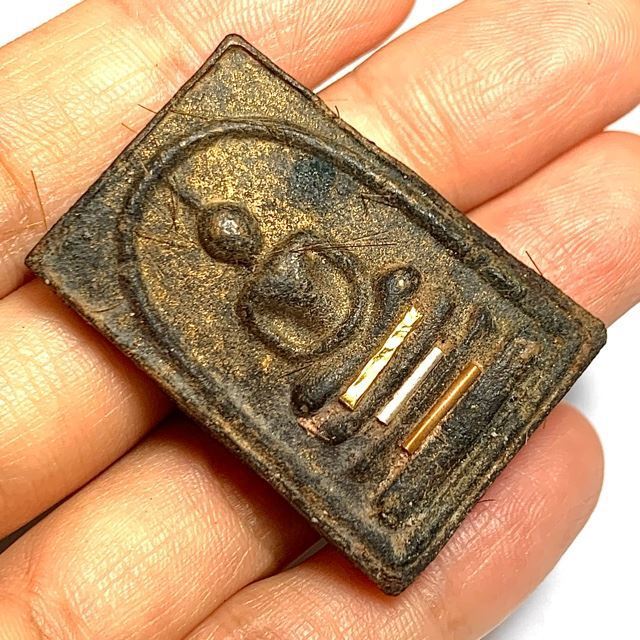 Once this news of LP Tim's magical mastery leaked out, his amulets became very popular, and soon his Pra Pong Prai Kumarn became the most toasted and celebrated amulets for their power to change the fate and fortune of the wearer, and improve prosperity. 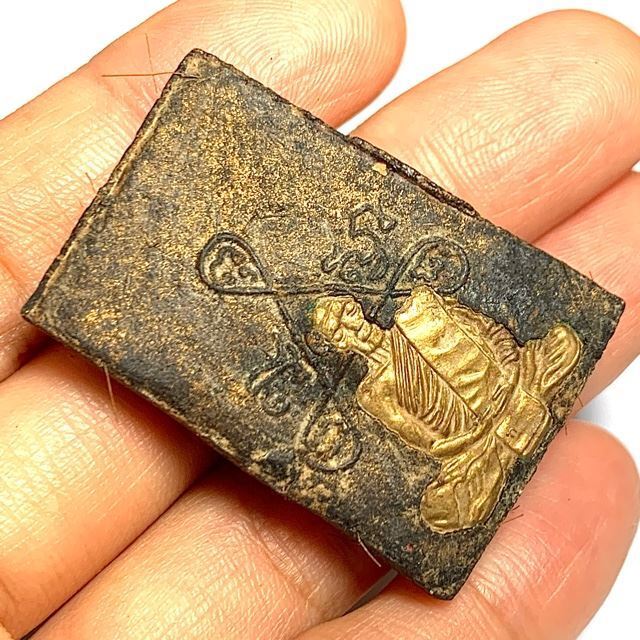 This was the cause that Luang Phu Tim, stands amongst the top ten Guru masters of Thai Amulet History. The Sacredness of the Pra Pong Prai Kumarn is legendary and unquestioned in Thailand, and its magical power is commonly accepted by all, and are considered to be amongst the most powerful powders in existence. 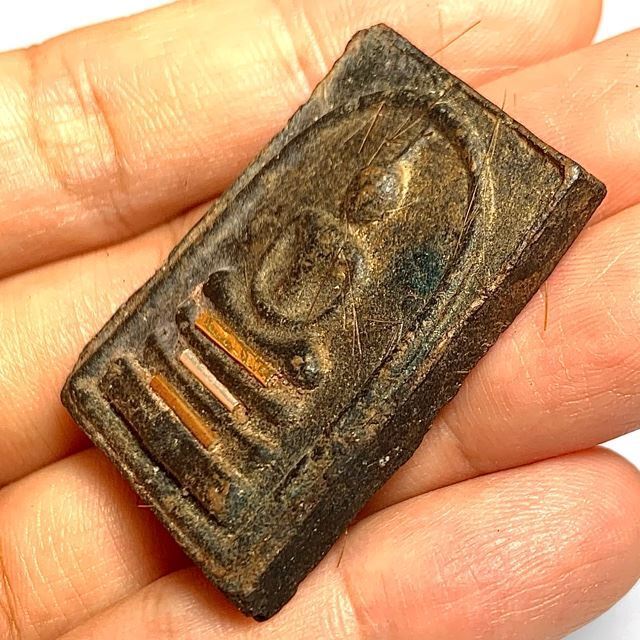 Luang Phu Tim, was an Internationally Acclaimed Thai Guru Master, World Famous for his famous Pra Kring Chinabanchorn, his Pra Khun Phaen Pong Prai Kumarn,many Hand Carved amulets in various substances, such as Ivory, and sacred wood, and of course, his Pong Prai Kumarn Look Om powder balls. As to the classic 'Rian' Monk coin Image amulets which have become all time favorites, and eternally, world famous classic amulets of the high end variety one need not comment, as these amulets stand among the top amulets of all time in the eyes of all aficionados. 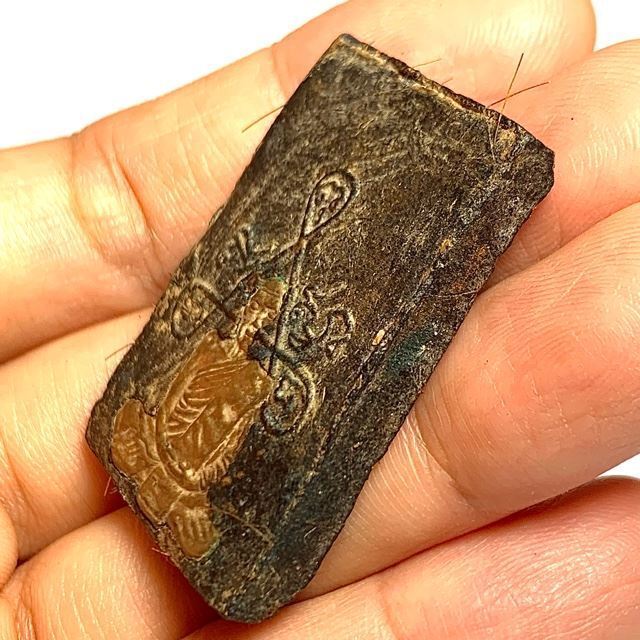 The Sacred Pra Pong Prai Kumarn of the Great Luang Phu Tim of Wat Laharn Rai is one of the most famous Muan Sarn Sacred Powders of all time, and highly renowned for its true power to bring prosperity and good business, power of attraction and mercy charm to the wearer. The reason the Pong Prai Kumarn amulets of Luang Phu Tim became so world famous and popular, even in the time when Luang Phu Tim was still alive, is because everybody who owned one, recounted that business and personal success and prosperity had increased constantly and steadily since wearing the amulet. 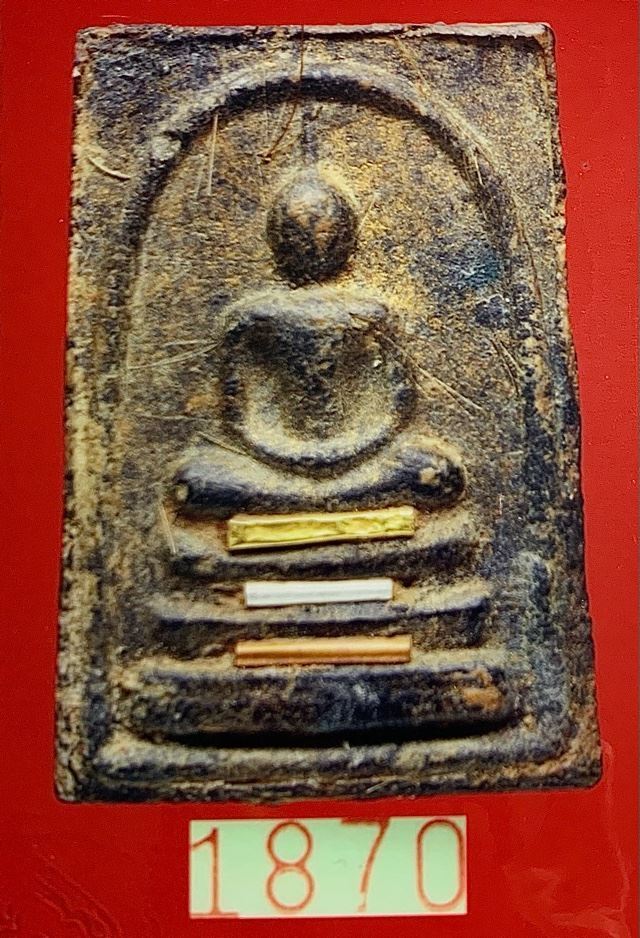 Since his passing, his devotees and apprenticed monks, have now become the world's top living masters for the making of Pra Khun Phaen Pong Prai Kumarn, and literally dozens of encyclopedic books, have been printed, documenting both this great master monk, and his classic amulets of high esteem. The Sacredness of the Pra Pong Prai Kumarn of LP Tim, is legendary and unquestioned in Thailand, and its magical power is commonly accepted by all, and are considered to be amongst the most powerful powders in existence. 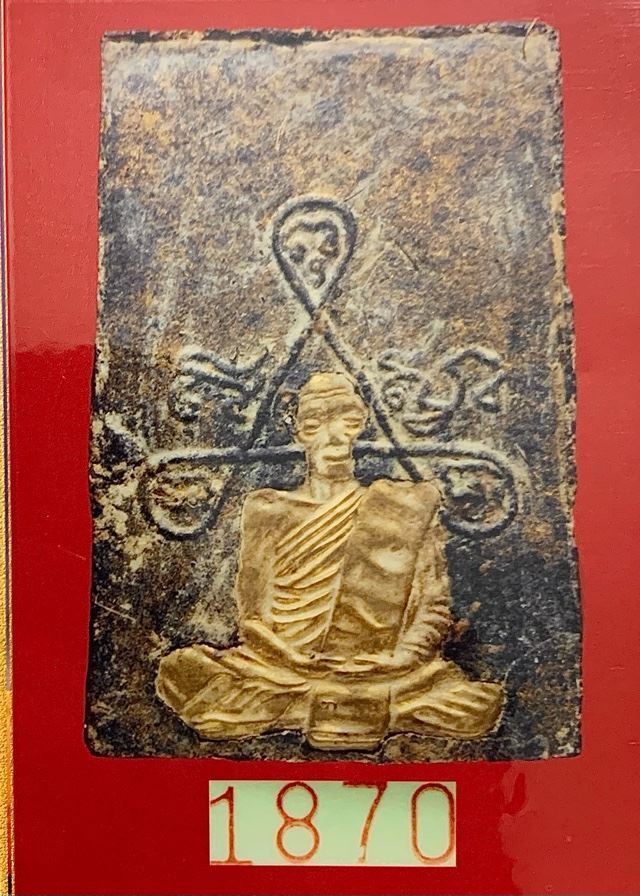 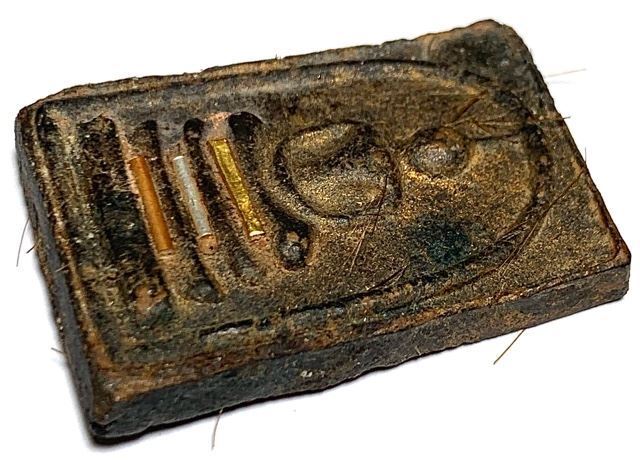