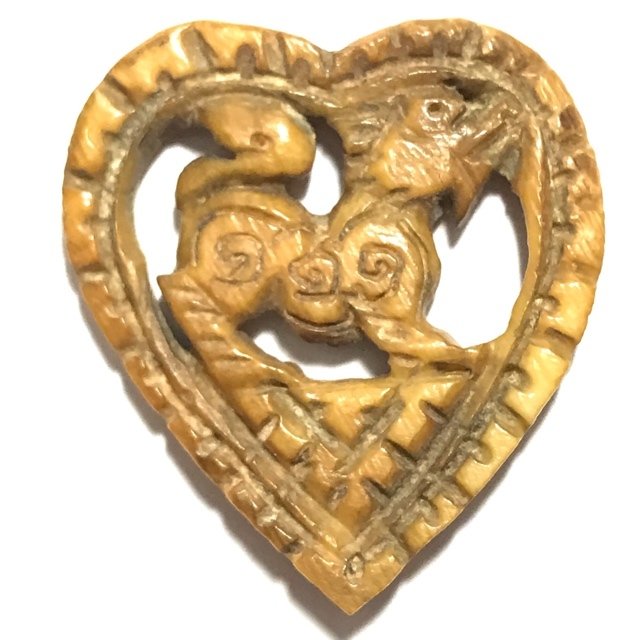 Estimated made around 2460-2470 BE, this immensely detailed and decoratively carved amulet, is both imbued with the natural Power of Maha Amnaj instilled by mother nature believed to dwell within all Teeth and Tusks, of Tigers and Wild Boars and Jungle Predators, as well as within all the bones of such creatures, as well as being empowered with the Wicha Singh and Wicha Rachasri of Luang Por Derm. onsidered a very powerful protection amulet. 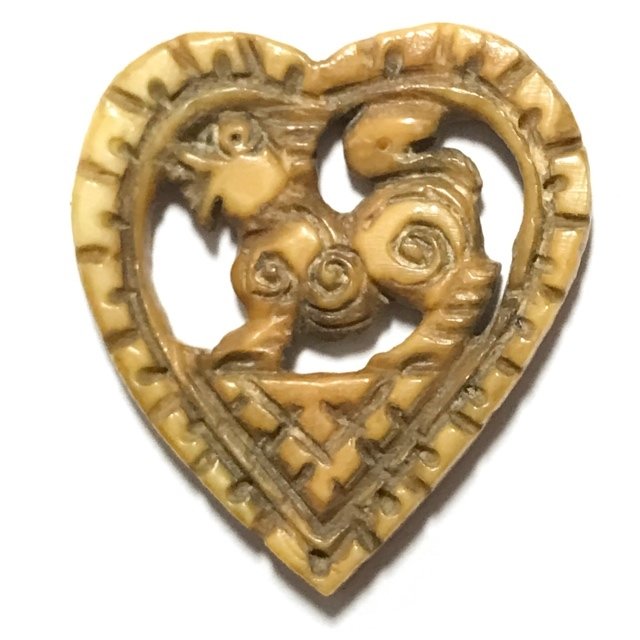 Comes with free EMS shipping included. The classic heart shape model is immensely rare amulet to find, in comparison to the smaller carved stand-alone Singha Loi Onk statuettes, and is often preserved within solid gold heart shape casing by devotees, which we also recommend for this item, as it would compliment and increase the beauty, and is relevant for an amulet of this calibre, price range and beauty 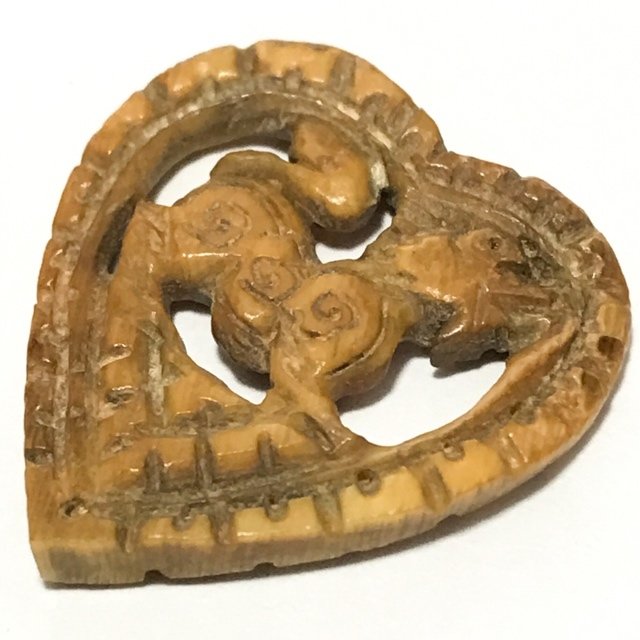 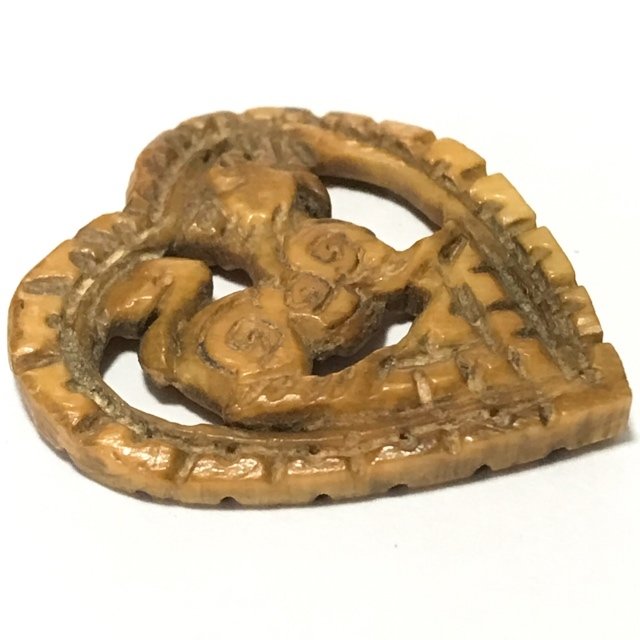 A most original miniature hand carved tusk of the finest artisanry with truly exquisitely fashioned decorative embellishments, that is an immense Rarity to come across, from the early times where Devotees would flock to the temple of Wat Nong Po, to beseech Luang Por Derm to bless amulets.

Below; the heart shaped carving model is visible in the official pantheon, which makes this a definite preferred item for devotees and collectors of the carved ivory and other amulets of LP Derm. 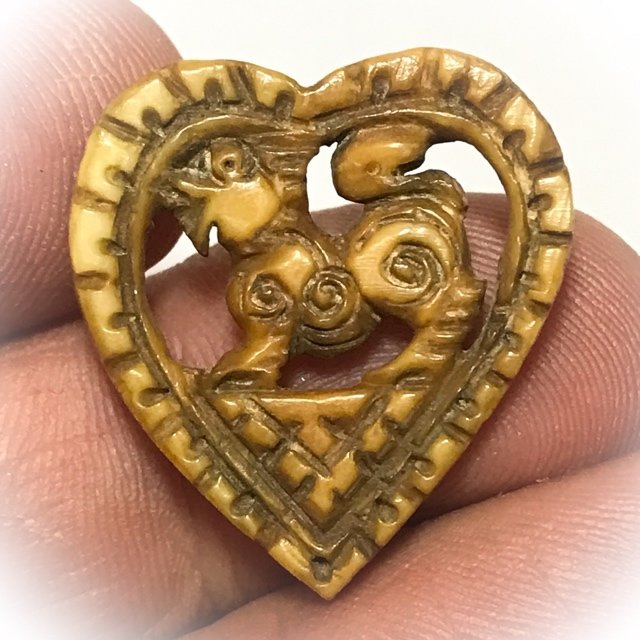 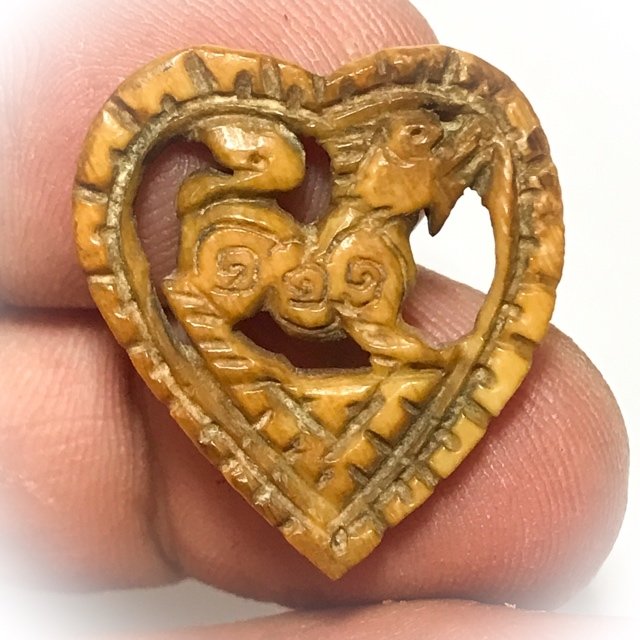 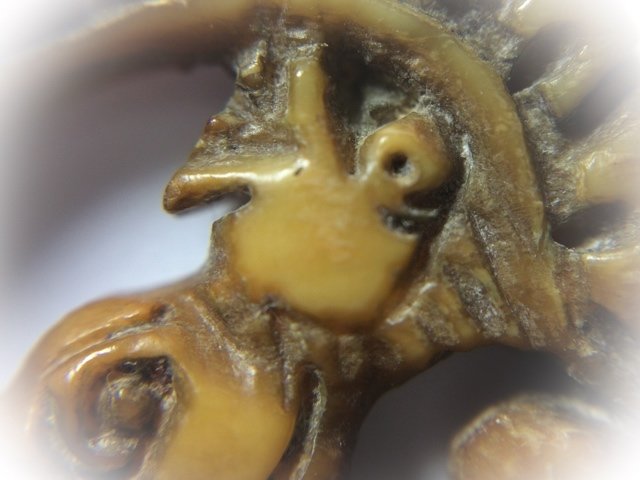 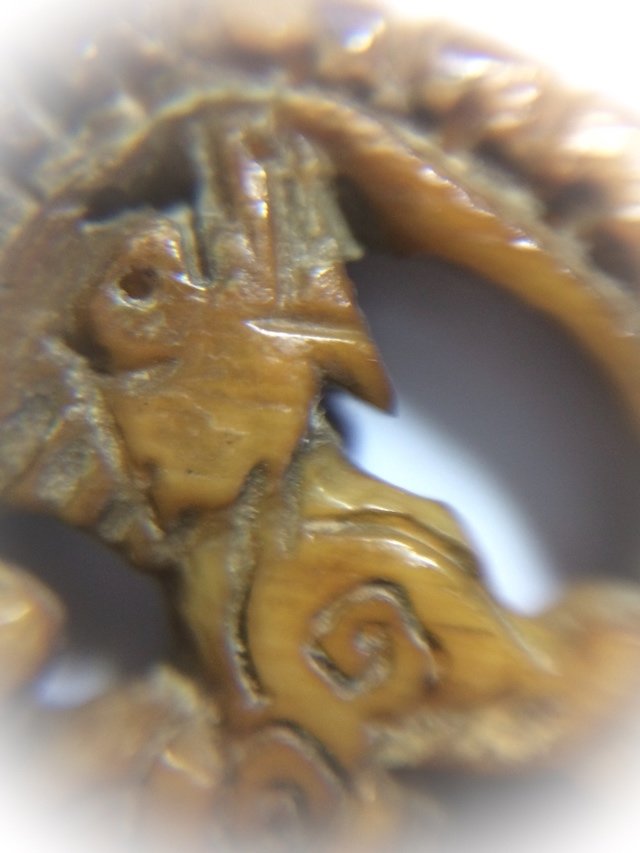 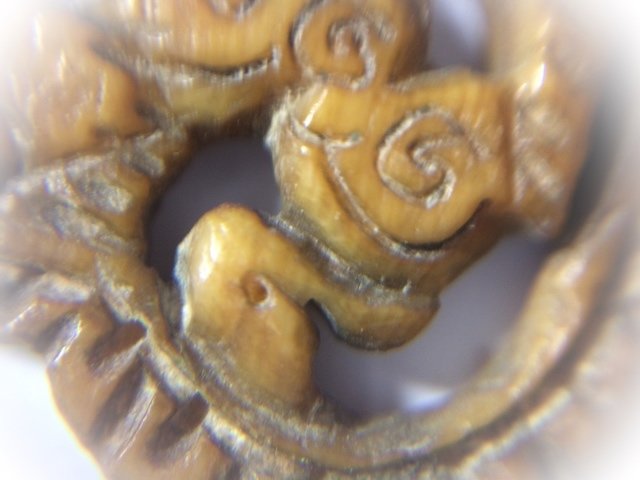 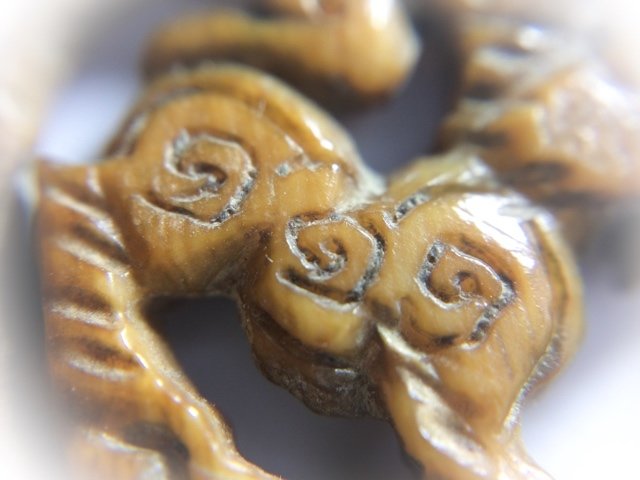 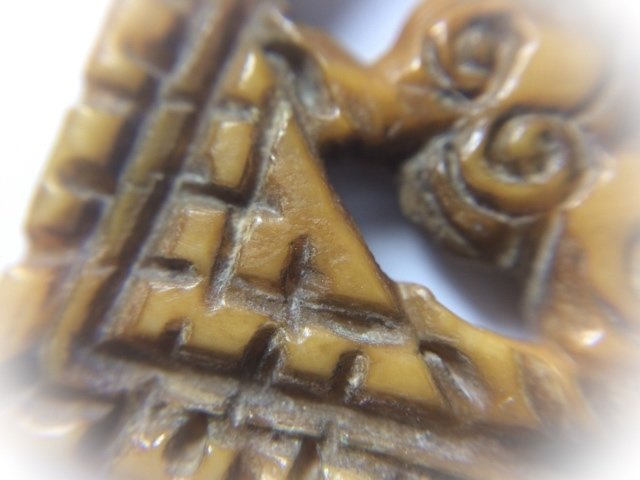 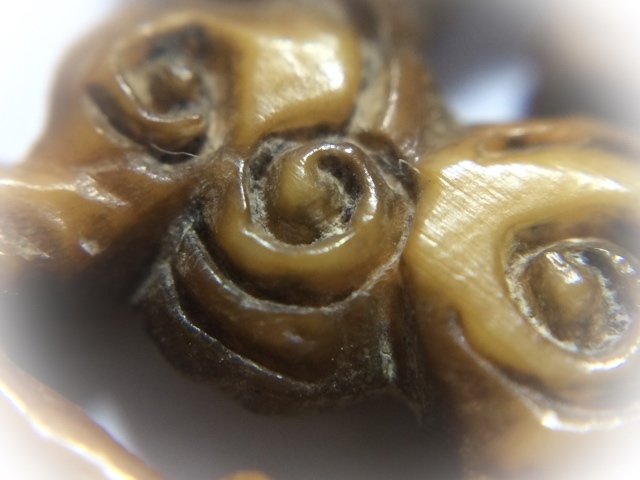 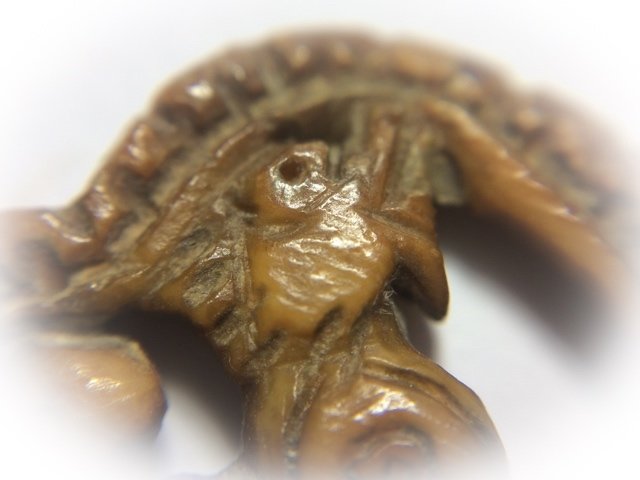 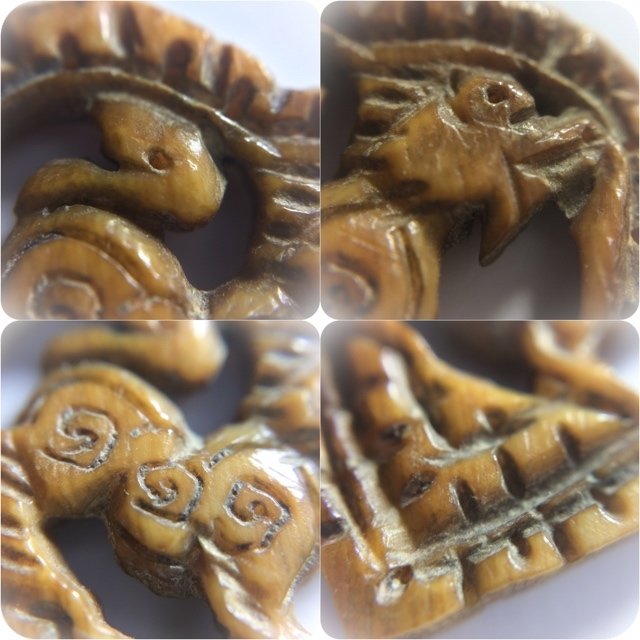 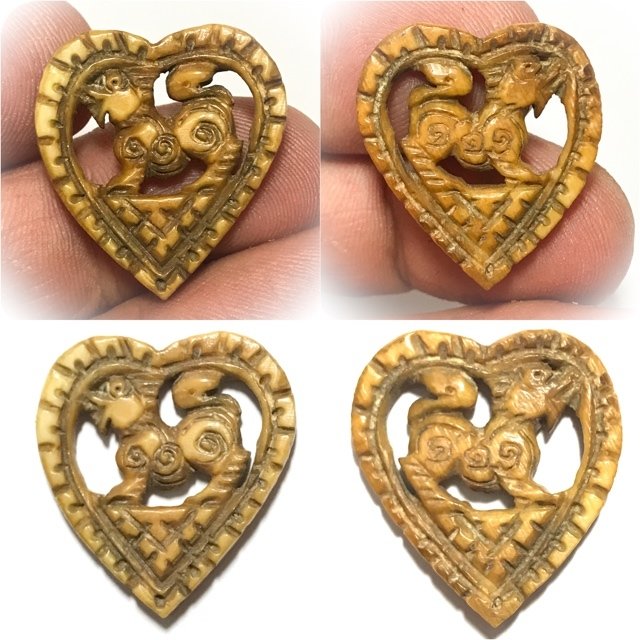