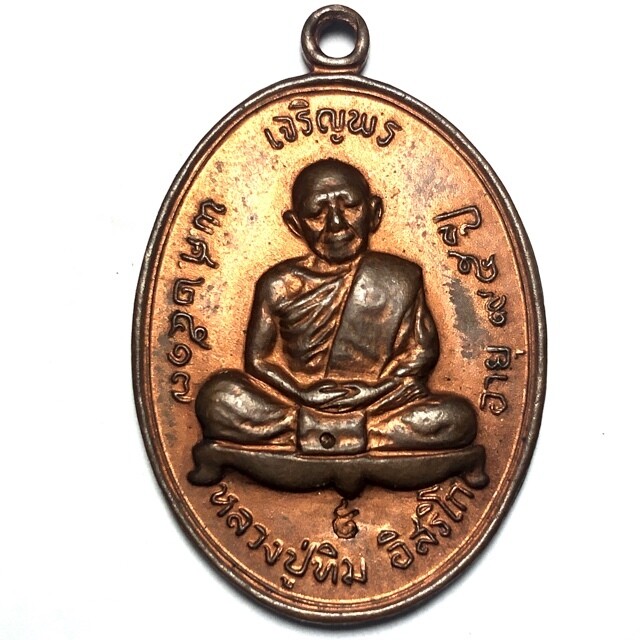 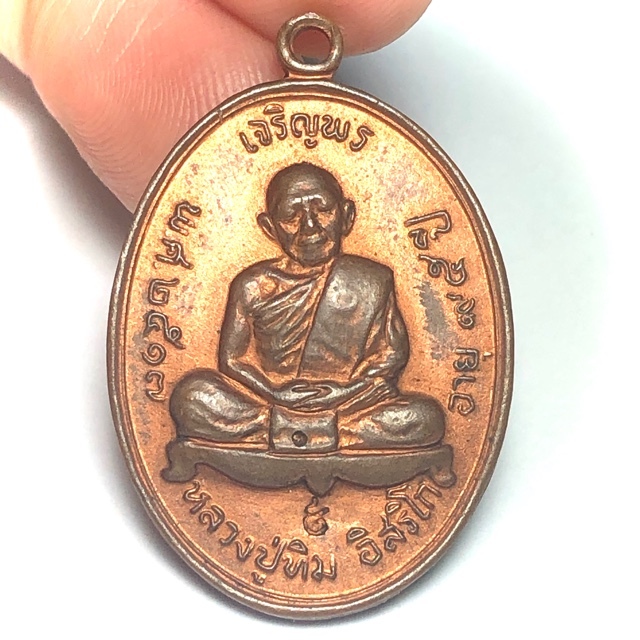 The amulet was entered in two separate competitions, and won first and third prizes each time, and was authenticated and Certificated in the Siam Amulet Original Society on 24th February 2561 BE, and Certificated as Authentic Prizewinner again for the second occasion, at the Samakom Anuraks Luead Ban Kaay Luang Phu Tim amulet preservation society on the 4th March 2562 BE. With this double prize winniung Gammagarn Amulet, we present a pristine exhibit of Luang Phu Tim's eternal classic Guru Monk Coin the Rian Jaroen Porn Bon, in Nuea Tong Daeng, this one being a Pim Jor Gradok Jaek Gammagarn in Nuea Tong Daeng (Sacred Copper), with Thai ๙ Number 9 Numeral code stamp, and the ท. (T for 'Tim') code stamp. 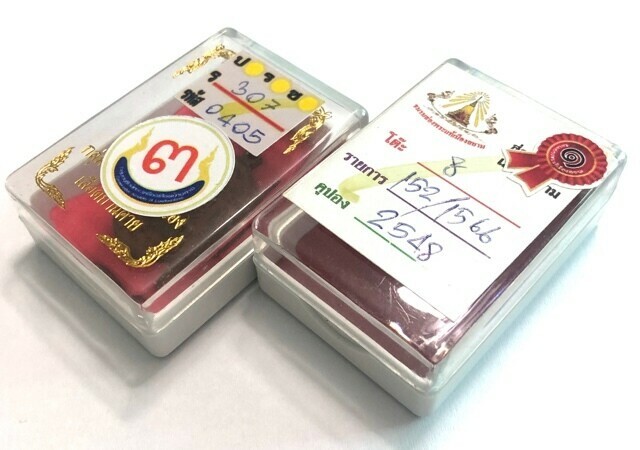 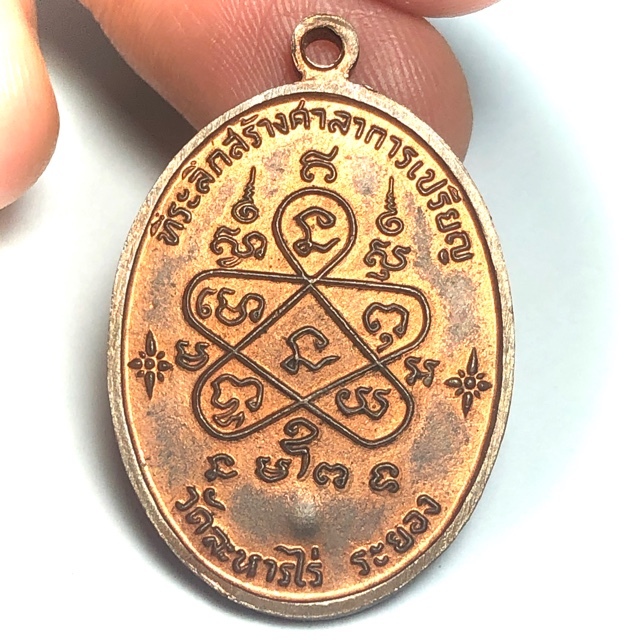 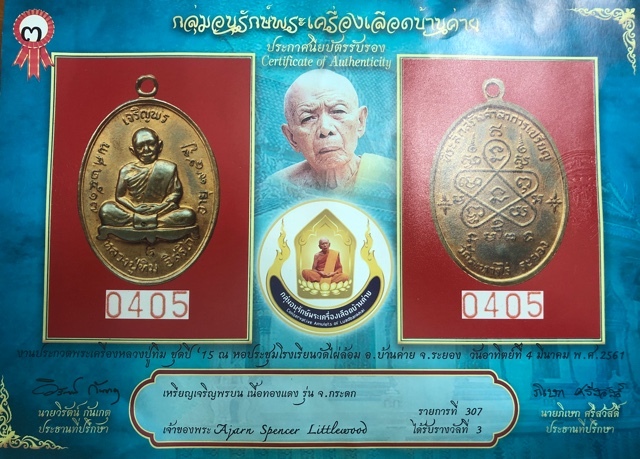 The amulet comes with its first Prize Certificate, and box, as well as another third prize winner complimentary boxes Both Certificates are A4 size Certificates of 1st & 3rd Prize Winner and Authenticity, which we plasticize for safe keeping and preservation for you, and send with the trophy, and we also add the special offer of free solid silver waterproof custom casing, stainless steel, or waterproof casing if desired. The Pim Jor Gradok Coin amulet, is also known as the 'Block Prasobgarn' for the many stories of miraculous events retold by devotees who have worn and revered this amulet. 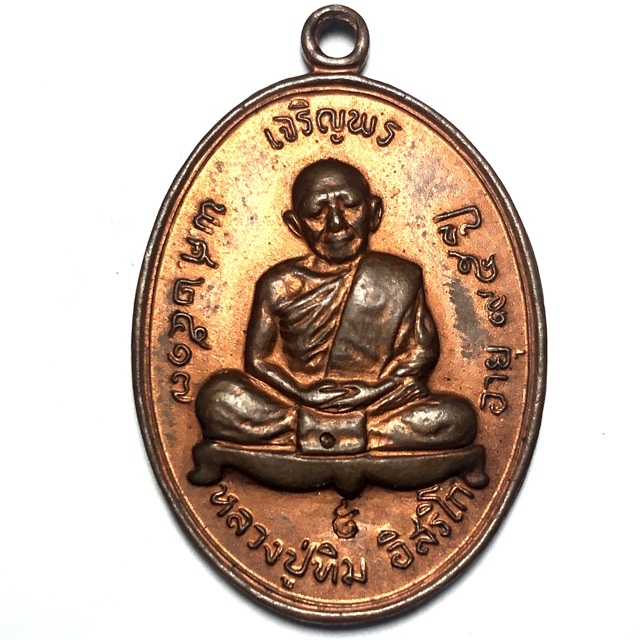 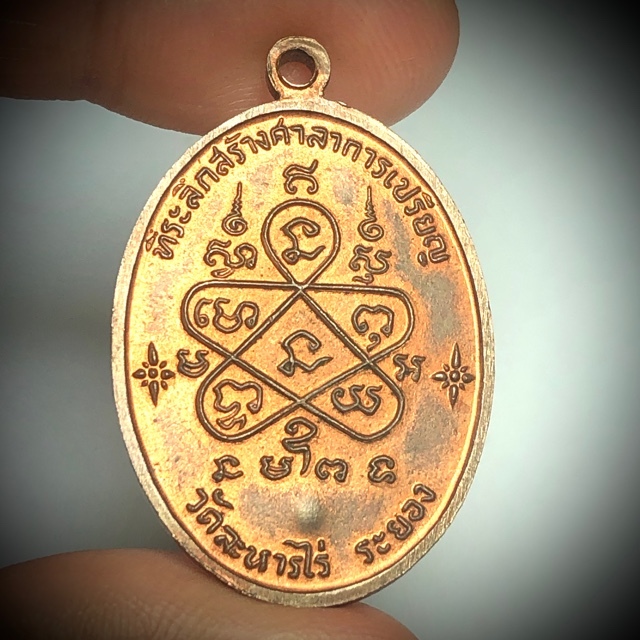 Below; the small anomalous ridge under the top of the Thai letter Jor (จ), is visibleas a wiggly protrusion. 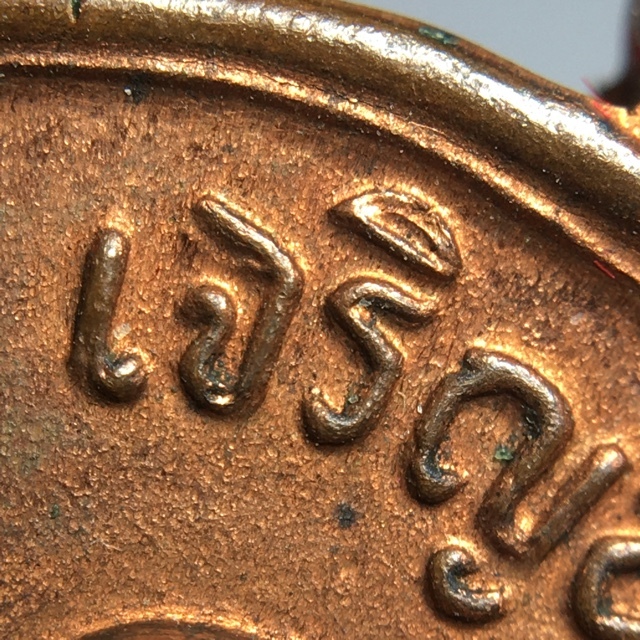 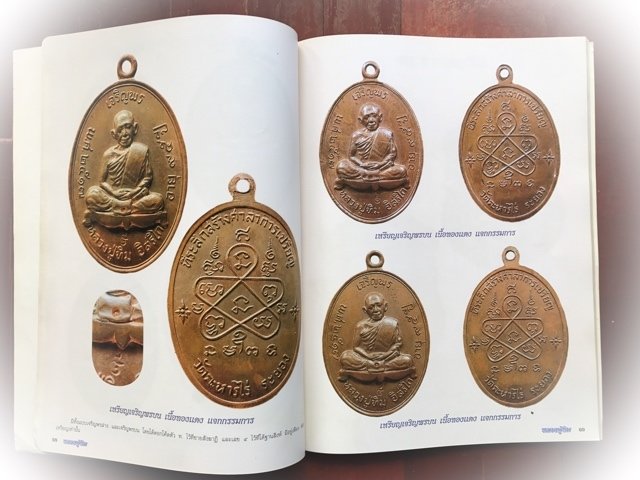 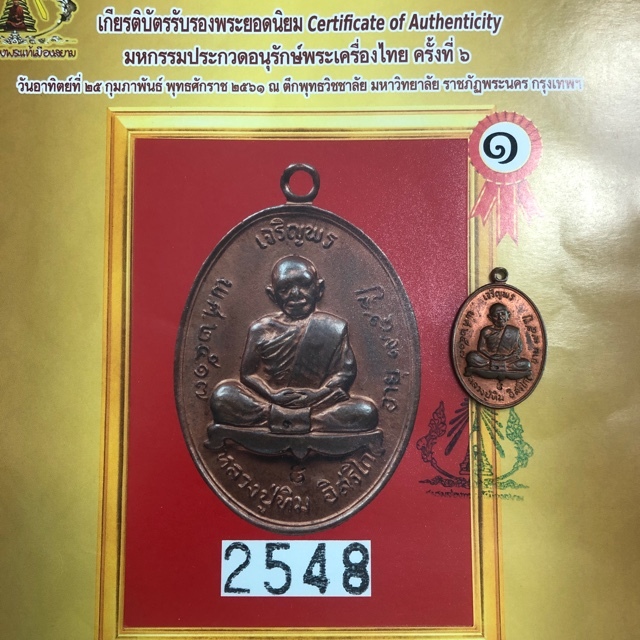 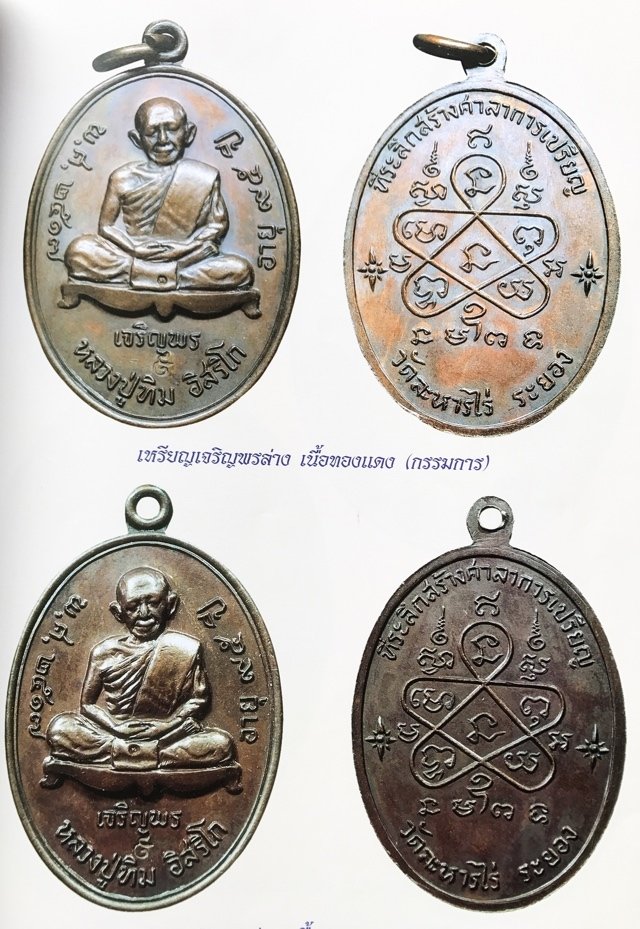 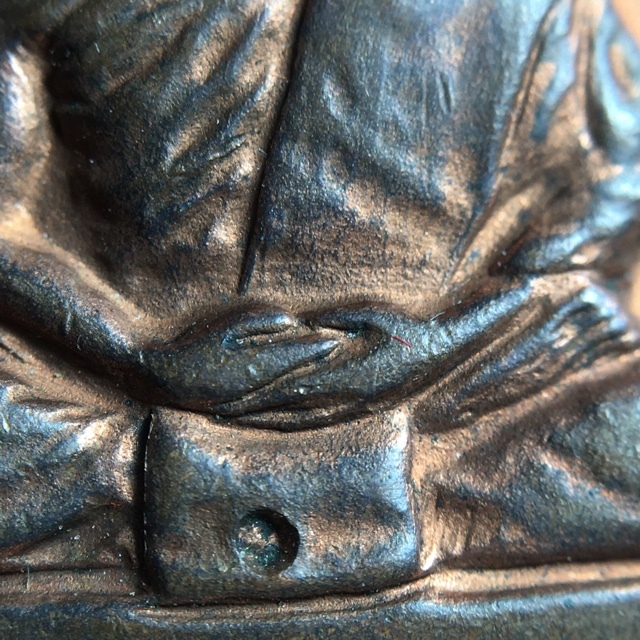 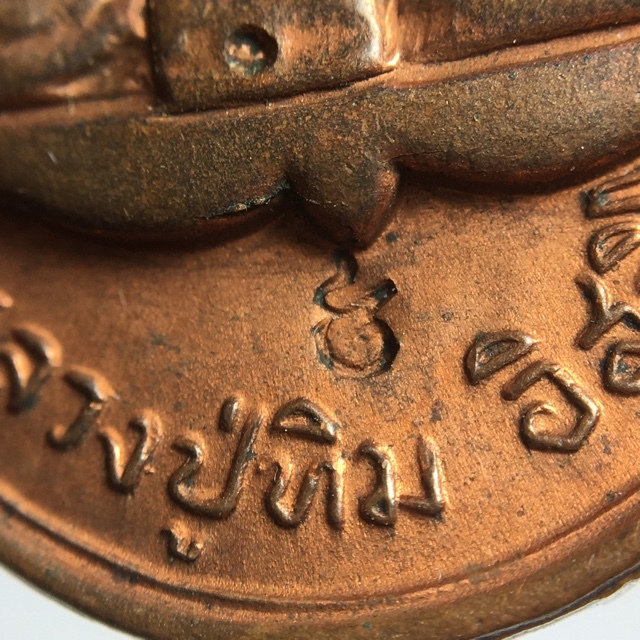 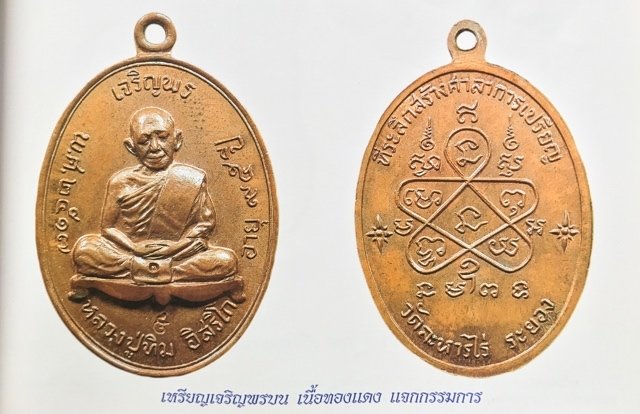 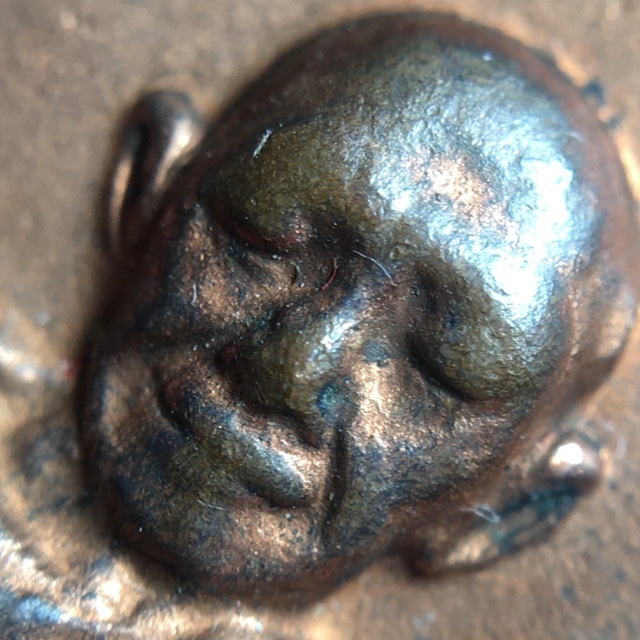 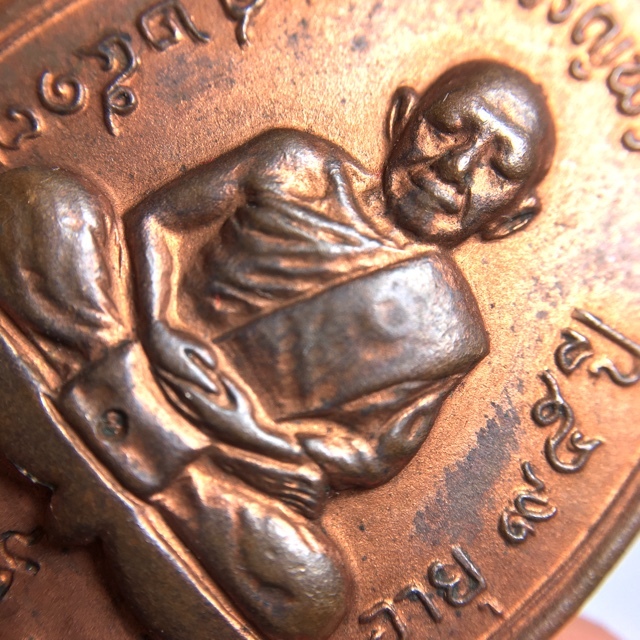 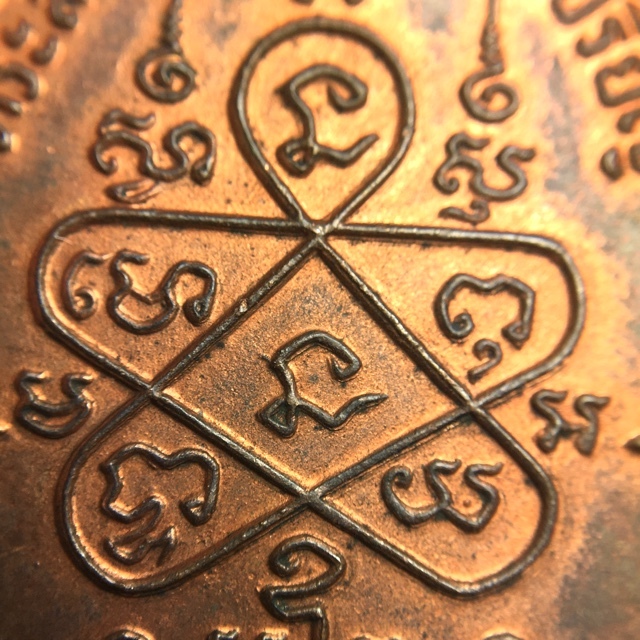 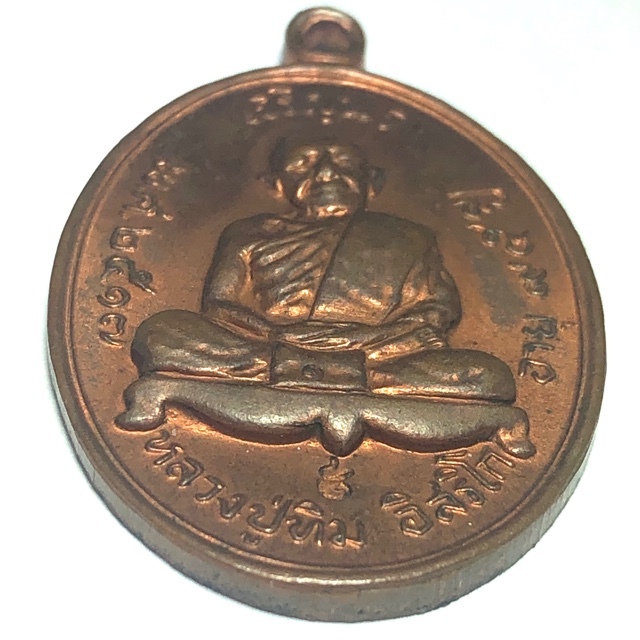 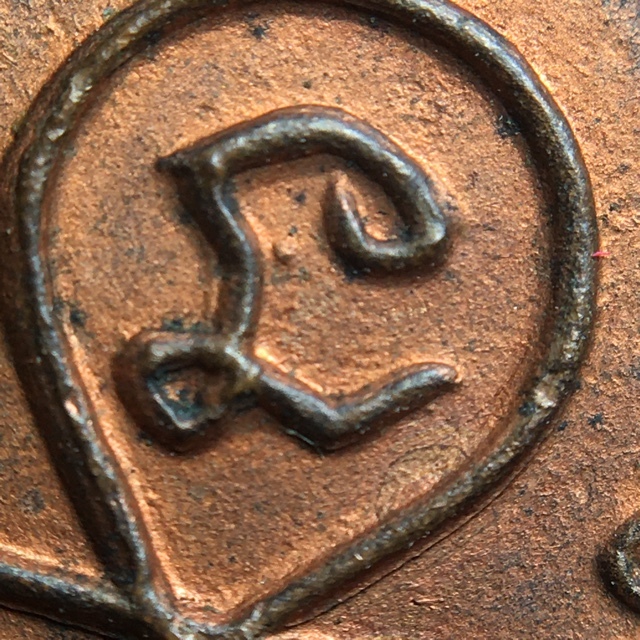 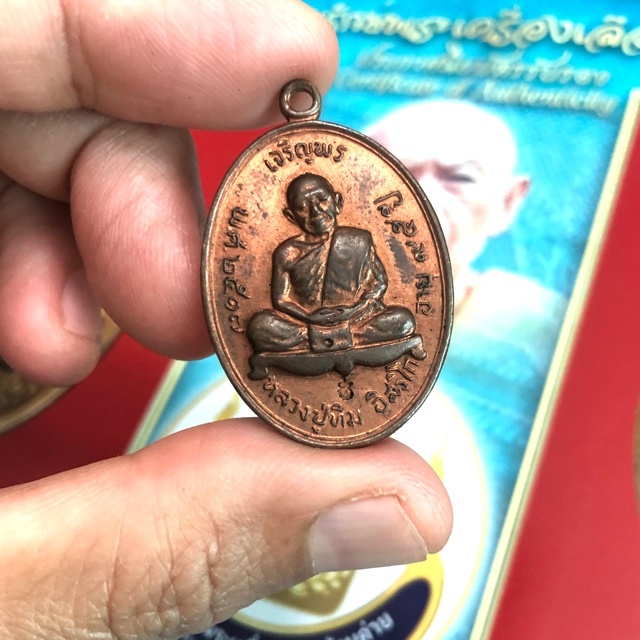 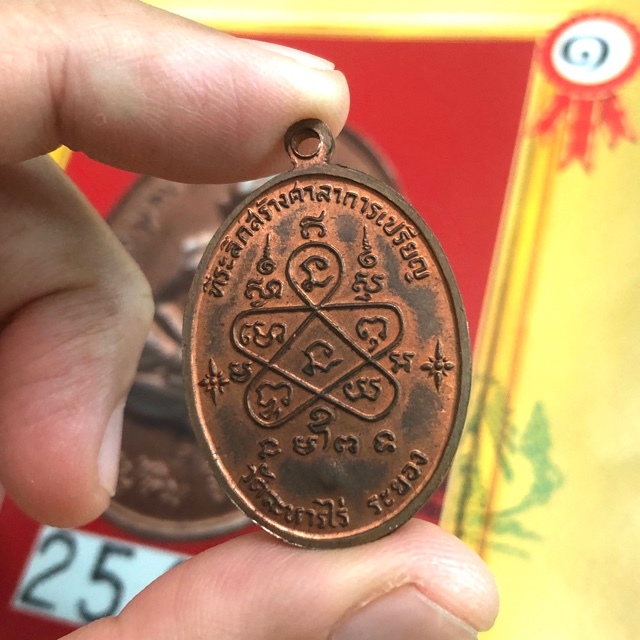 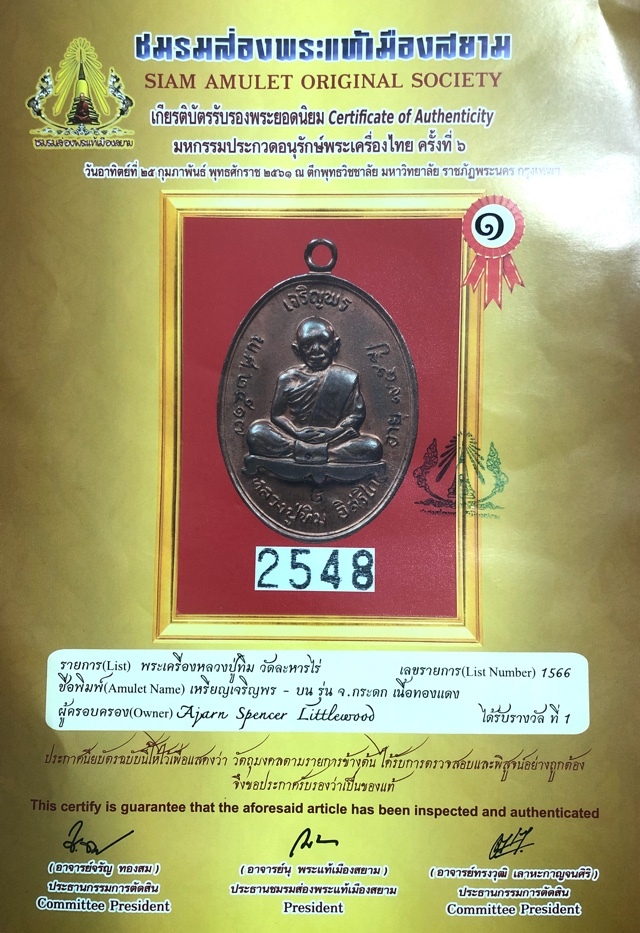 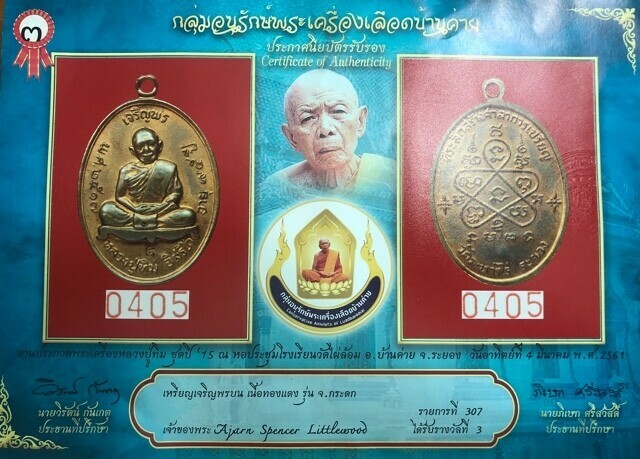 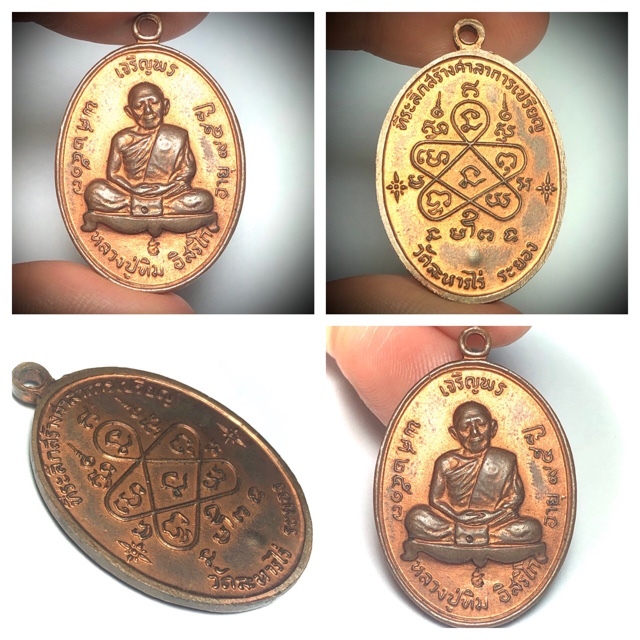