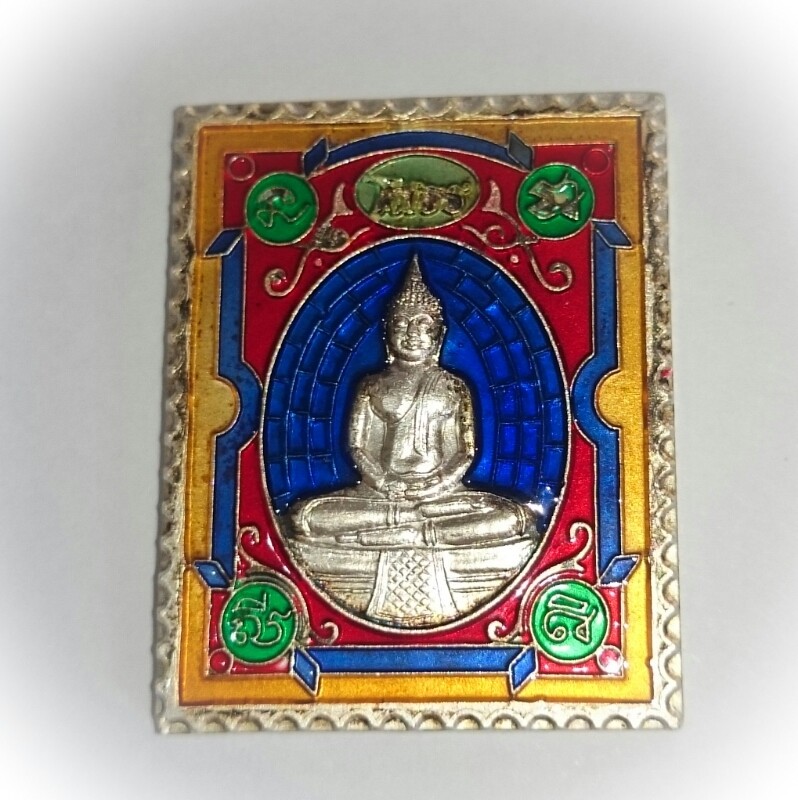 This Solid Silver Sacred Achemical Alloy Buddha Image coin is in the oblong 'Rian Stamp' shape, and is considered now one of the rarer editions of the amulets of the last quarter century proceeding from Wat Sotorn.

Made from 'Galai Ngern' an ancient magical alchemical alloy, composed of about 75% silver, with mercury and other sacred artefact metals mixed in to the Chanuan Muan Sarn Sarn metallic substance as the coins were forged.

Embellished with a Luxurious coloured enamel glaze, 'Long Ya Benjarongk', the coins belong to the classic preferred type of Luang Por Sotorn coin amulet, with the glazed enamel being a trademark of  a certain priceless treasure that is destined to accumulate constantly throughout time in status and value, and sacredness. 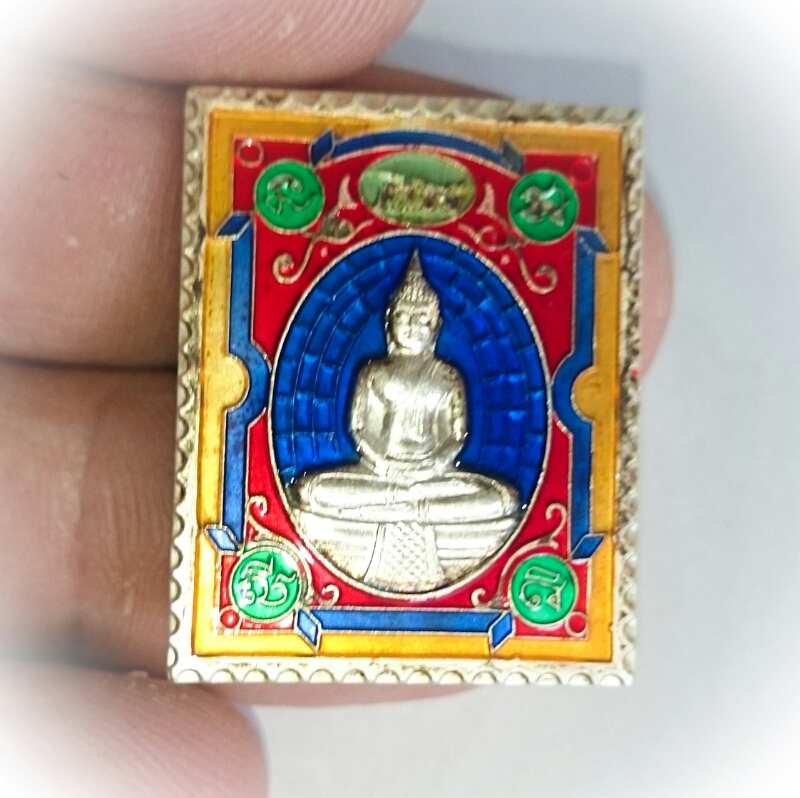 The Uposadha of Wat Sotorn along with the name of the temple and series code stamp, and the Sacred 'Yant Nam Tao' Yantra, are visible on the rear face of the silver coin amulet.

All editions of Luang Por Sotorn amulets disappear from the public marketplaces very fast (usually within 2 or 3 years of issue of each edition is sufficient to deplete stocks), and are one of Thai Buddhist Peoples 'Pra Koo Ban Koo Mueang' (Nationally Revered Sacred Buddha Images), along with the Emerald Buddha and of course the Chinarat Buddha of Pitsanuloke. 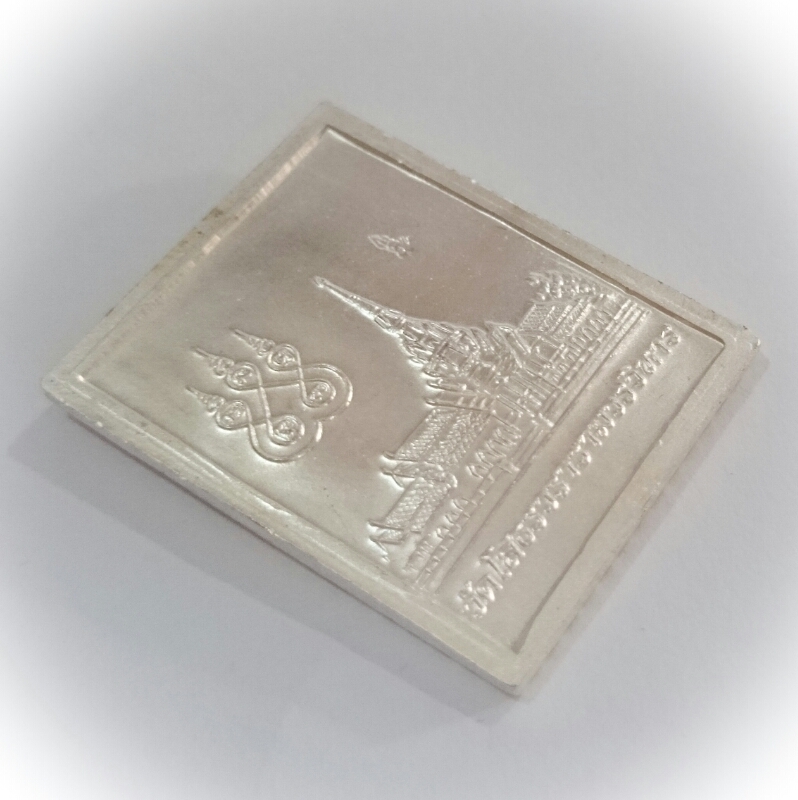 This edition celebrated the rebuilding of a new Uposadha chapel at Wat Sotorn, in 2539 BE. The coins were released in various colored glaze enamels on solid alchemical silver, as well as in other sacred/precious metals, and Bucha statues. 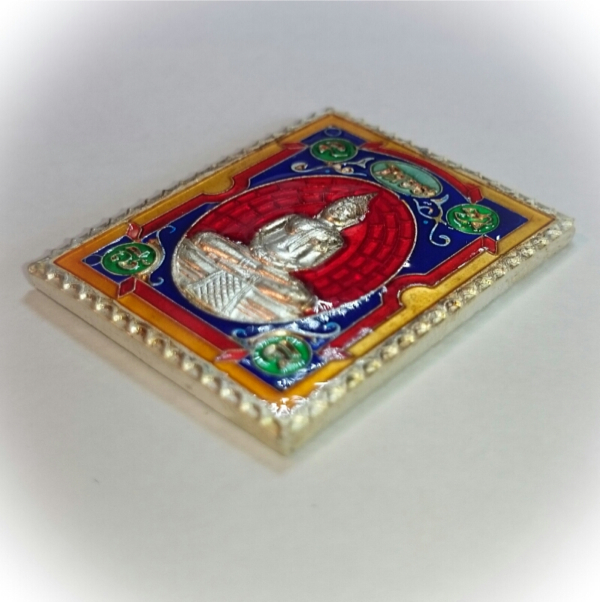 As always with editions of this Buddha Image released at Wat Sotorn, a Grand Buddha Abhiseka (Puttapisek) was held with Nationally Important Monks from around the country present to assist in the chanting of the Dhamma Chakra and the subsequent awakening and opening of the eyes of the Luang Por Sotorn Buddha images. 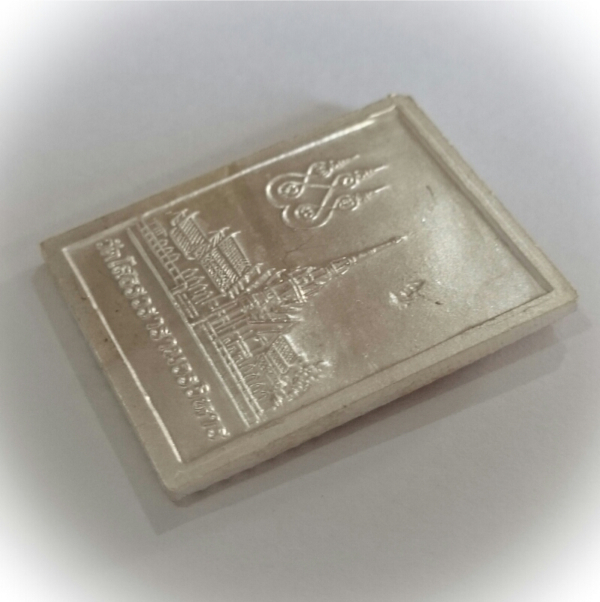 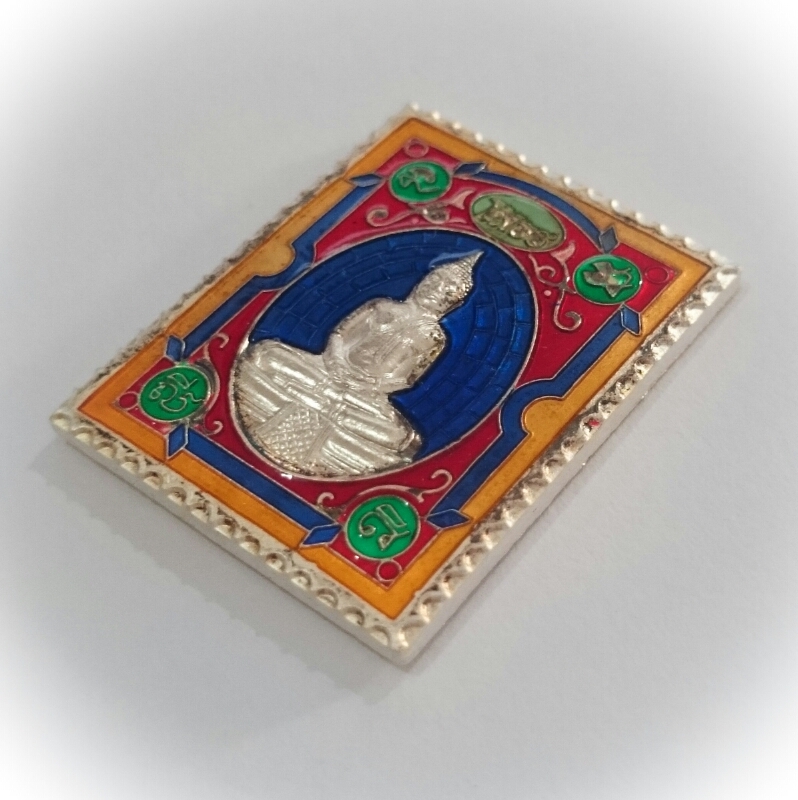 This is a highly recommended amulet for Buddhanussati, Meditation, Serm Duang Karma Improvement, and as a Great family Heirloom Amulet to pass down through further generations of your descendants.

The Luang Por Sotorn Buddha is famous for its Miraculous Klaew Klaad evasion of deadly accidents power, and for its certain rise in rarity, Sacred Value, and Monetary Value as time passes. 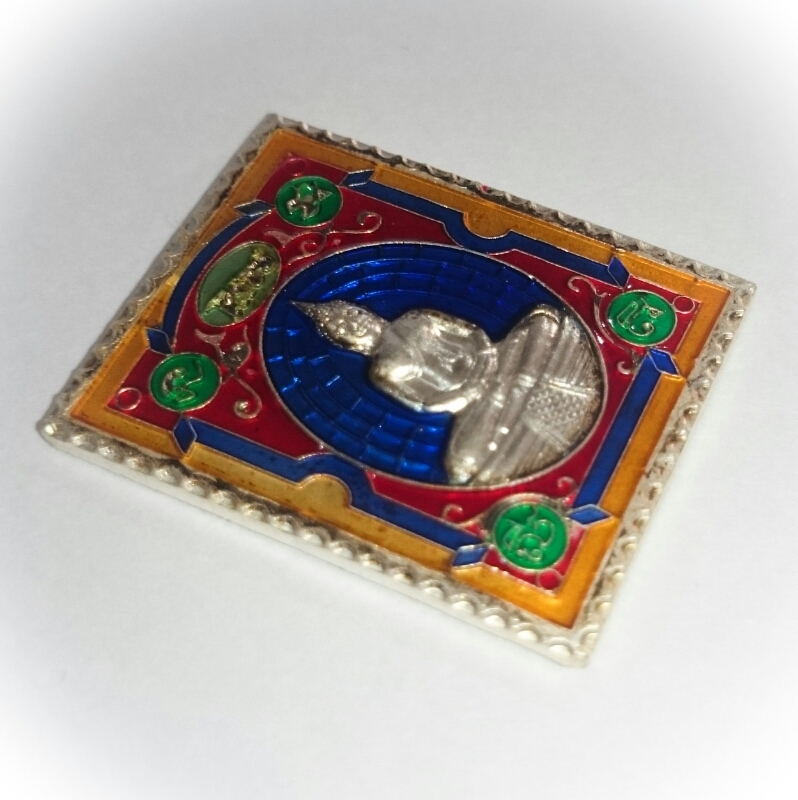 Most Certain to leave the category of findable rarities, to become soon yet another unfindable essential rarity. It is already becoming one of the currently favored amulets of wise collectors and speculative iinvestors, and can be considered an absulute certainty, as far as its rapid and steady increase in rarity and Sacred esteem, as well as Monetary value. 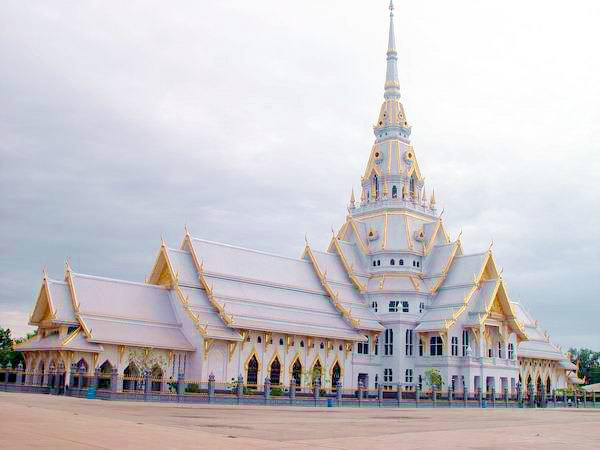 A totally accepted classic Pim Niyom amulet of International fame, that no Devout Buddhist or Serious Amulet collector would frown upon to wear around his or her neck. This amulet is an amnulet that can be worn with pride, and indeed, will most probably be viewed by alle xcept the most highly stidied students of Pra Luang Por Sotorn, as a Priceless treasure that is beyond imaginable