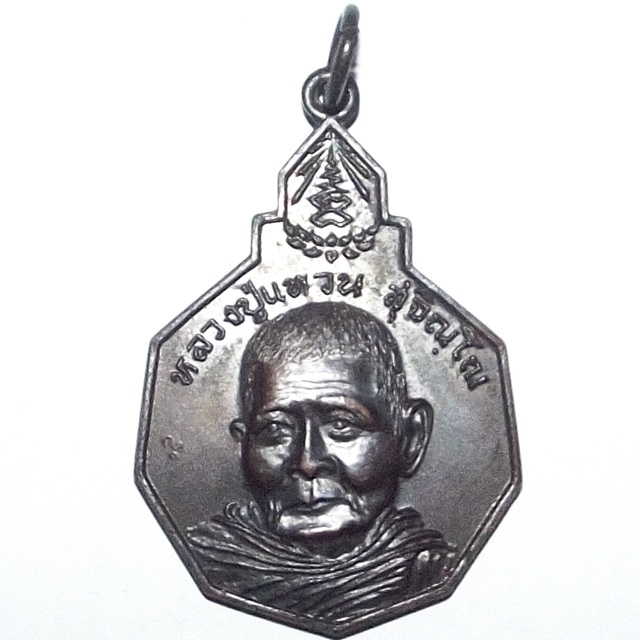 The amulet is and eight sided coin, with a raised upper edge, and the Sacred Unalome crowning it, and features the Cameo image of Luang Phu Waen. This exhibit is in absolutely pristine condition, and a highly attractive amulet for Bucha. Its details are incredibly well preserved with extreme clarity, making this a 'Niyom' Class amulet of competition entry status. 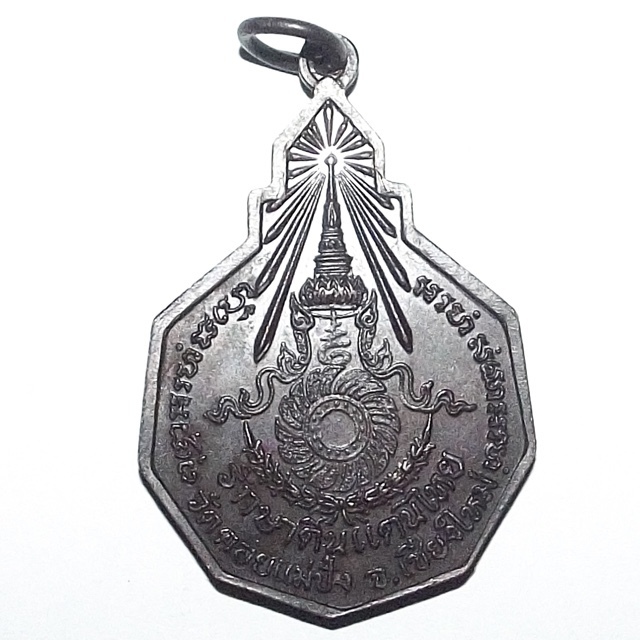 The rear face bears the Vishnu Chakra disk with the Royal Crown (Mongkut Yord Chai), with a Towering Victory Spire, emanating Rays of Light, resembling a Chedi Stupa Spire. Below the Chakra disk (which also alludes to the King, who is considered an Emanation of Vishnu) are the words "Raksa Paen Din Thai' which mean 'Preserve and Protect the Kingdom of Thailand'. 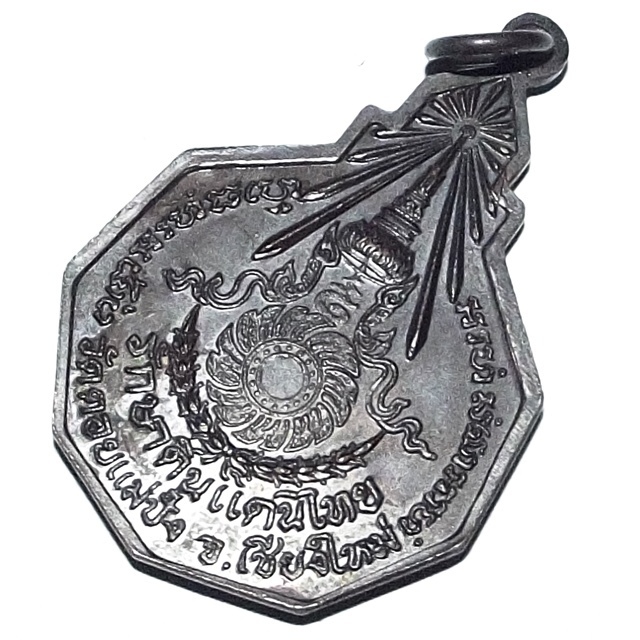 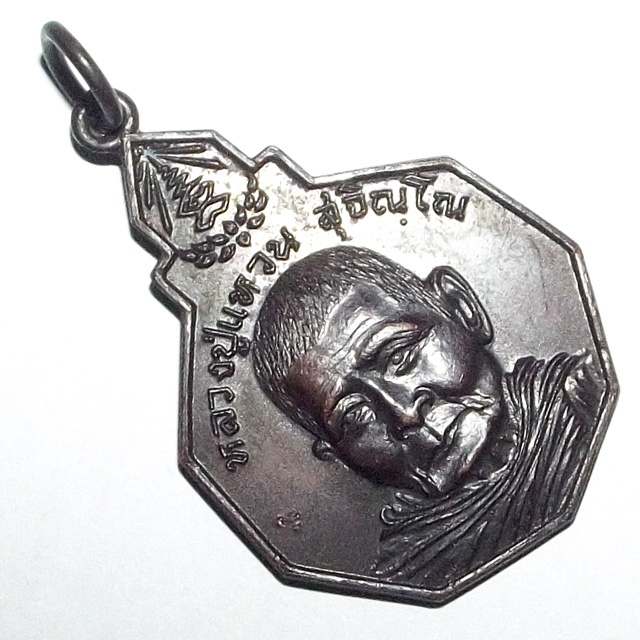 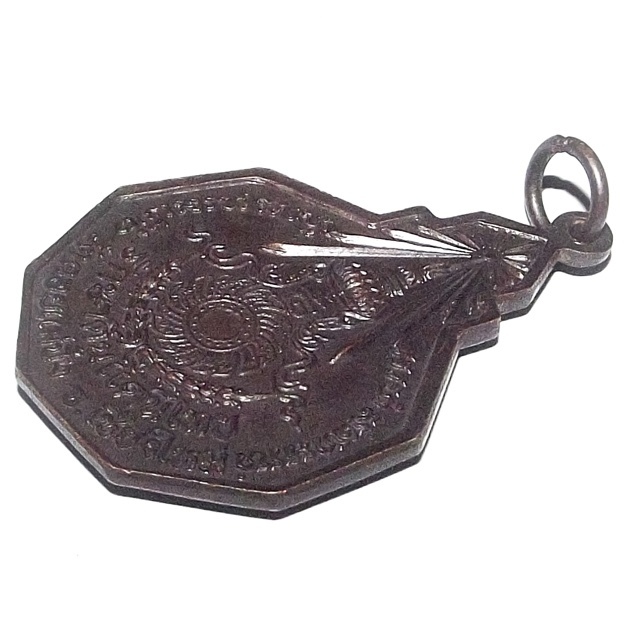 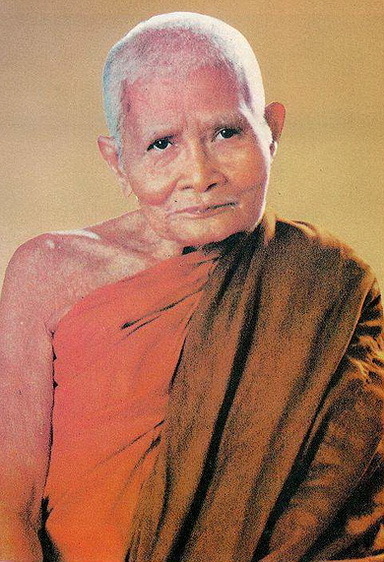 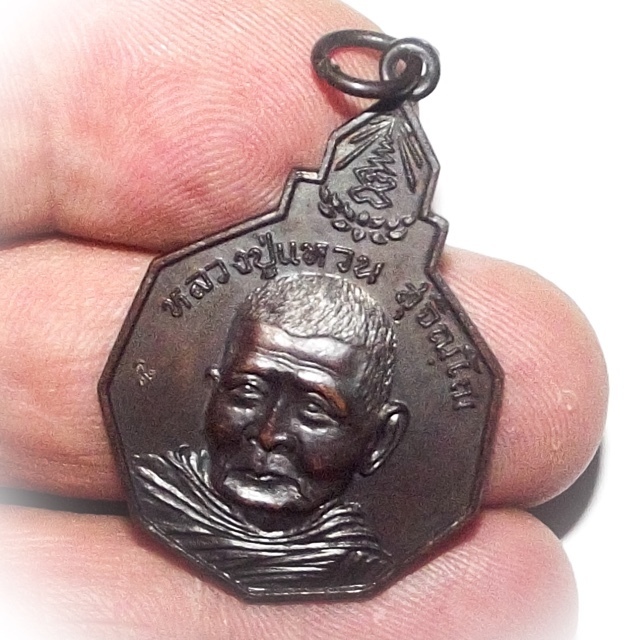 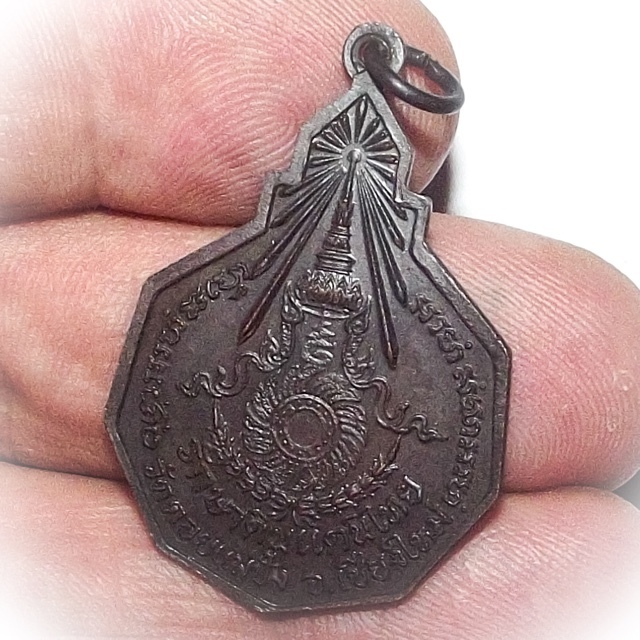 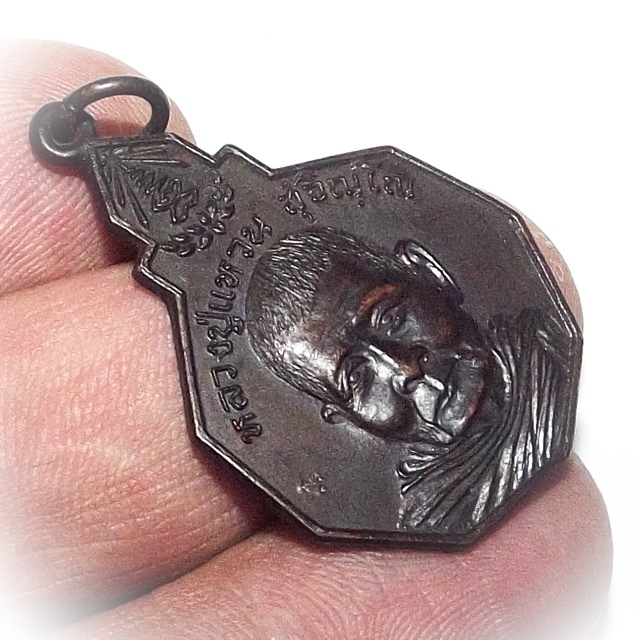 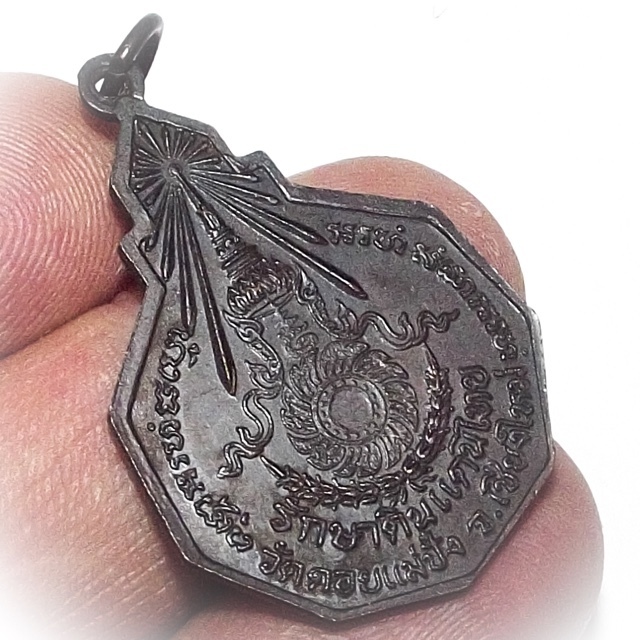 During his long stay in Wat Huainumrin, he stayed most of his time in forests and only returning to the temple during the rainy seasons (Khao Phansa). Luang Phu Waen travelled extensively by foot through jungles and across mountains and ventured to Burma and India where he paid homage to several historic Buddhist sites. However, in 1955 news of a foot injury sustained during his stay in seclusion of Wat Paa Ban Pong in Mae Tang District, Chiang Mai, reached Pra Ajarn Noo Suchitto of Wat Doi Mae Pang who later arranged for Luang Phu Waen to stay in Wat Doi Mae Pang permanently. He resided in Wat Doi Mae Pang until his death. 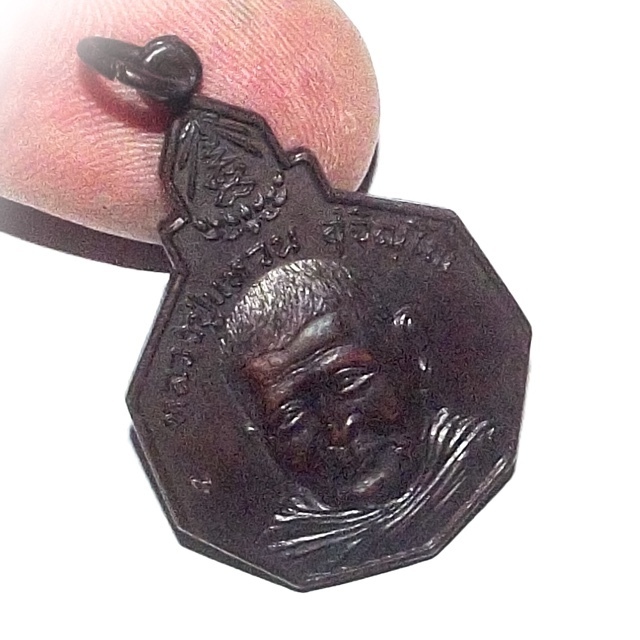 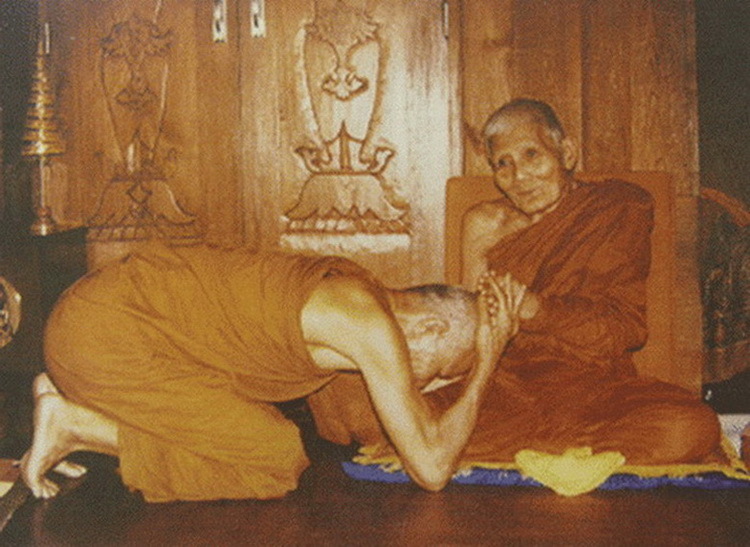 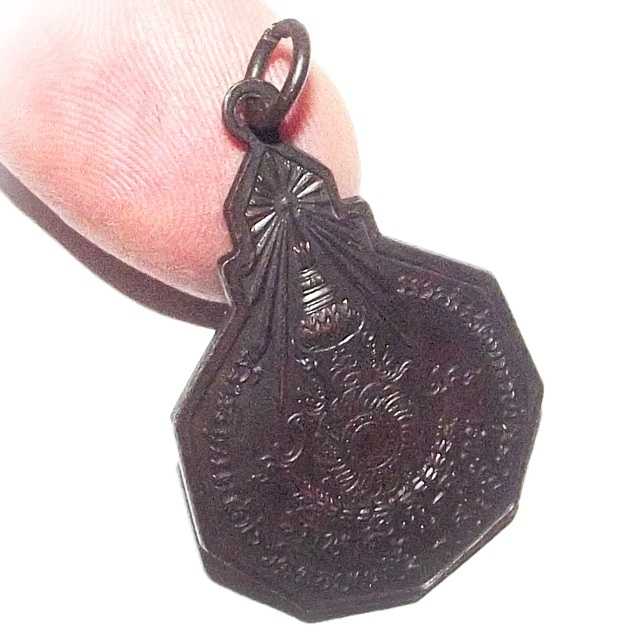 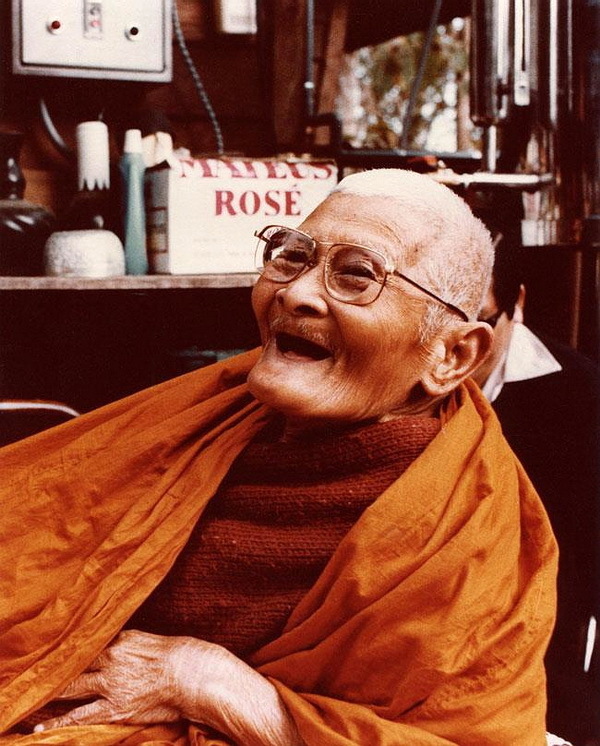