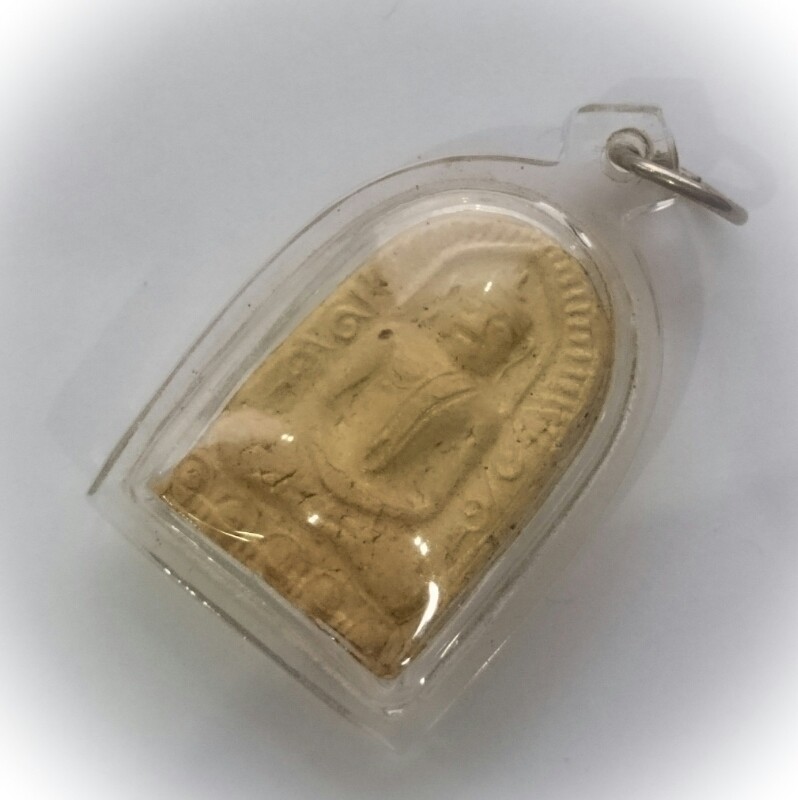 This is a Pristine Example of this famous Pim, and most certainly eligible for Competition. This Pra Somdej, is a recognized official member of the 'Pra Chud Luang Phu Tim', made in 2513, and released at Wat Pai Lom 2514 BE) This amulet is classifiable as a 'Pra Anuraks' (Conservation Class Model Amulet) of the Dtamra Luang Phu Tim, of Wat Laharn Rai (Rayong).This classic competition class amulet is a well known category of competition entry, and a popular show-piece for serious collectors. 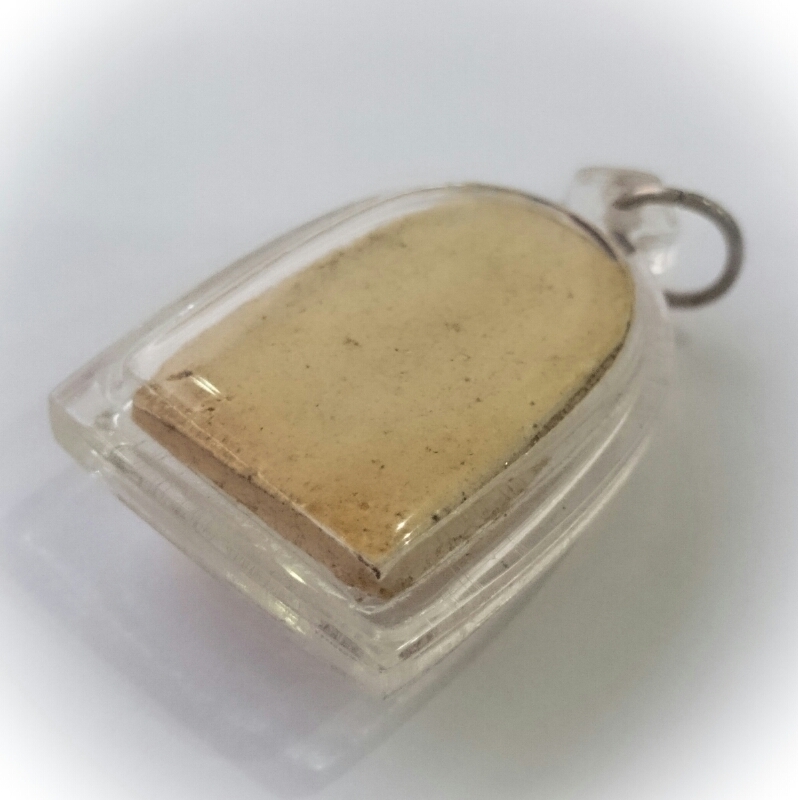 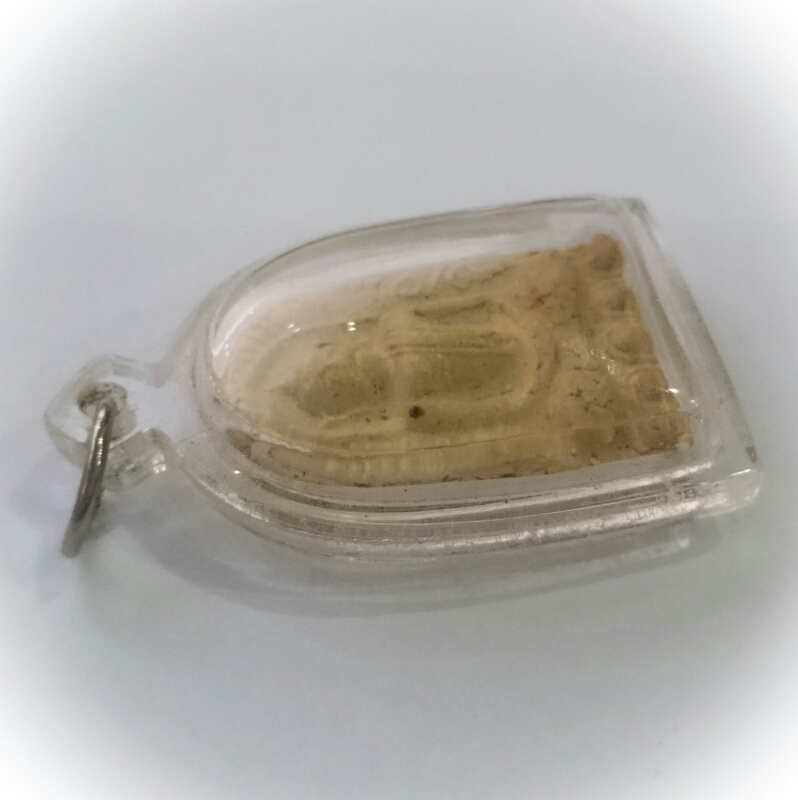 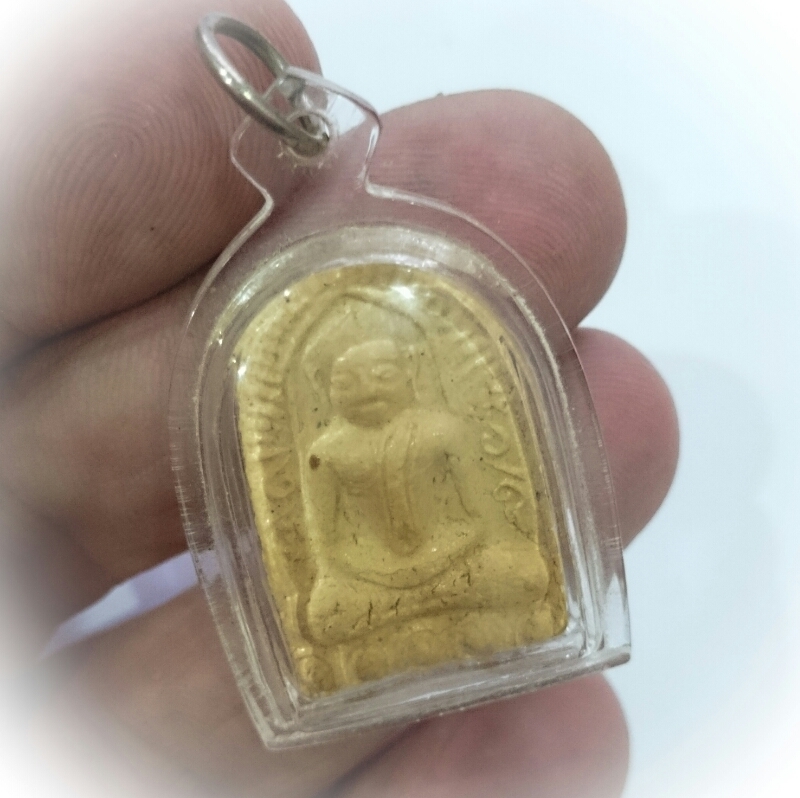 It was the case with this great master, as is the case with almost all of his surviving apprentice masters such as Luang Por Sakorn, and Luang Phu Sin that, The masters would not release Amulets at his own great temple, but would agree to release Amulets for smaller temples around the area and in other areas, to help in their development for the cause of Buddhism.

For this reason, most of his famous amulets were released at a large variety of different temples and for many different funding projects which is part of what makes this great master, and his apprenticed masters who are still still alive today, so great, and meritorious.

This classic ancient amulet from one of thai amulet history's greatest, and most sought after Guru Masters. Pra Sum Gor is one of the 'Top Five' Benjapakee Classic Amulets of the five Major regions of Thailand. 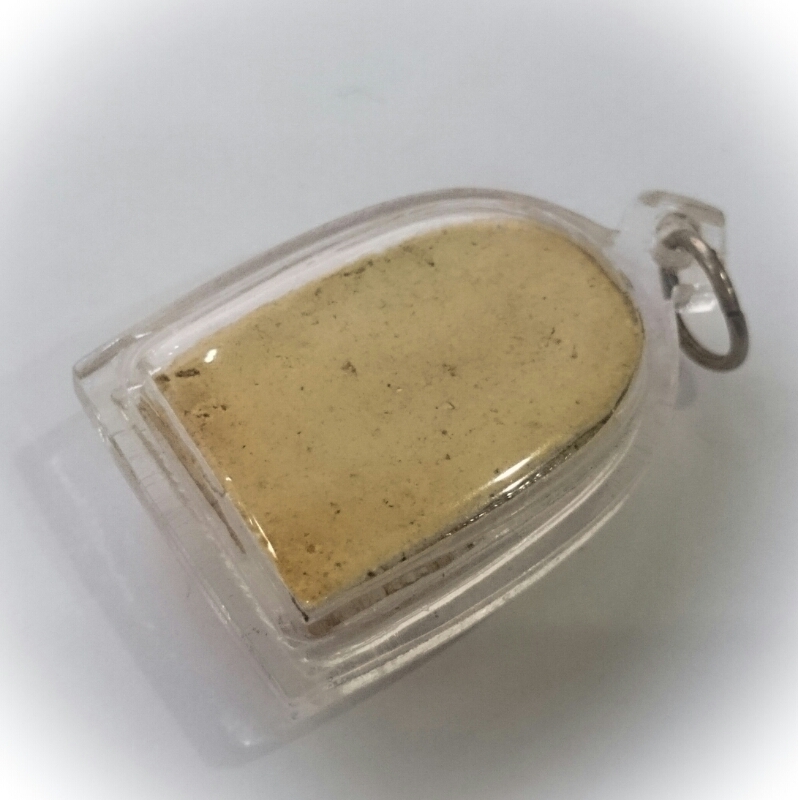 It is a classic hiding place amulet of the clay variety, featuring one of the top five 'Benjapakee' regional models of amulet. The Pra Sum Gor, is a sacred Buddha image, which has been produced by the greatest masters since hundreds of years, dating back to the times of the Kampaeng Paetch Epoch.

Luang Phu Tim Isarago, is of course not only one of the most highly acclaimed and sought after Guru Monks for his amulets, he is the holder of the highest esteem in Thai Buddhist amulet history for Pong Prai Kumarn powders. Since his passing, his devotees and apprenticed monks, have now become the world's top living masters for the making of Pra Khun Phaen Pong Pra Kumarn, and literally dozens of encyclopaedia think books, have been printed, documenting both this great master monk, and his classic amulets of high esteem.

Buddhist monk coins with his image and others with Buddha images and other deities and imagery are amongst the most highly collected amulets and most expensive of all of the great Luang Phu Tim.

He has various direct lineage apprentices, Who are continuing to progress and spread his most powerful and world-famous Wicha. Of all of these masters, perhaps the most famous, preferred, is Luang Por Sakorn, of Wat Nong Grub.

The very defined relief of this image and pristine condition which is preserved within waterproof casing, is extremely worthy of entering into competition, and in our opinion, can be considered an 'Onk Kroo' for its exemplary features.

The Legend of the Pra Sum Gor

The grand mythical legend of this Pra Sum Gor amulet of the Kampaeng Paetch era, comes from the tale of the great Monk Somdej Pra Puttajarn (Dto) Prohmrangsri, of Wat Rakang Kositaram, finding these Amulets. This event occurred, as he once visited his relatives in the province of Kampaeng Paetch, and in the temple where he was staying, saw a very ancient scripture in Thai- Khmer Sanskrit (Pasa Khom).

Luang Phu read the scripture, and found information which told of three stupa ('chedi', or 'stoop', in Thai) which were in the forest to the west of the temple. And so on expedition was set to search for those stupors. They were found and the ruling minister of the area as permission to demolish them and put them together into one larger stupa.

This was agreed upon, and when the world began to dismantle the stupas, for rebuilding into a larger new version, the amulets were found. Somdej Pra Puttajarn (Dto) Prohmrangsri then studied the silver template which was also found, with inscriptions, which recounted the story of the amulets making, and how they should be revered. The amulets were given to one of the provincial rulers of ancient Siam, as he was ill in the city of Nakorn Chaysri, as a present from a Lersi Hermit. The amulets had Buddha Relic mixed in with their substance and were hidden within the stupa spires.

Apart from being one of the group of the top five classic Amulets of thai history, this amulet also has a connection with one of the other members of this elite top five list of the most esteemed amulets in the history of thai amulet collection and making. the amulet we speak of, is of course the world famous, 'Pra Somdej Wat Rakang Kositaram' of Somdej Pra Puttajarn (Dto) Prohmrangsri (Wat Rakang Kositaram).

The reason for this connection, is, the fact that Somdej Pra Puttajarn (Dto) Prohmrangsri Took many of these ancient clay Kampaeng Paetch amulets, and mix them in with the sacred powder is used for the making of the 84,000 pressings, of the world famous, and inimitable Pra Somdej Wat Rakang Kositaram. 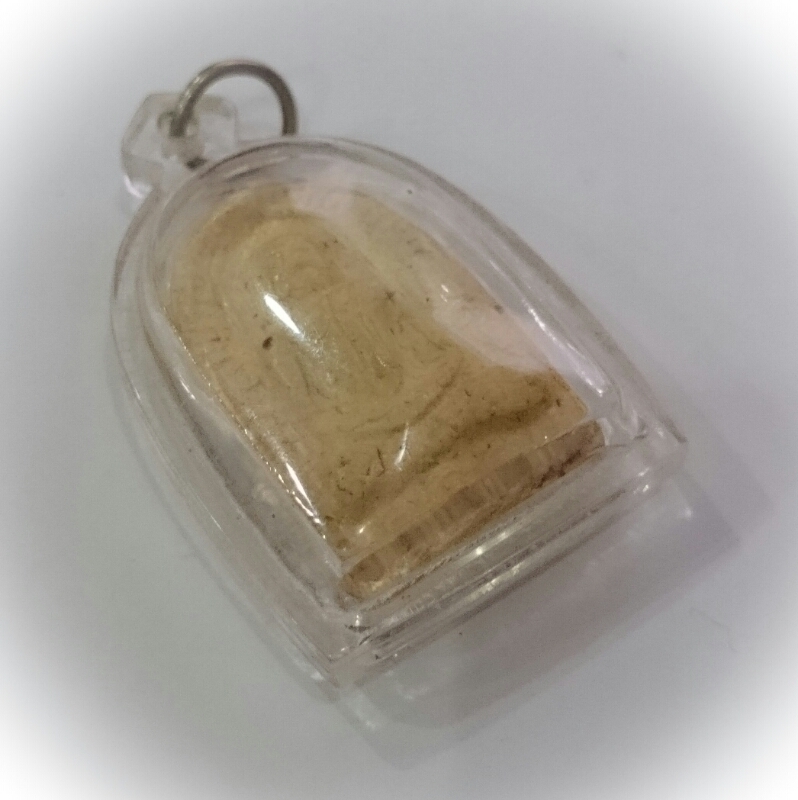 True experts of this amulet, always search for fragments, and molecular pigment traces of the Kampaeng Paetch clay substance within the white sacred powder of Pra Somdej Wat Rakang amulets, as well as for authenticating them, through knowing their true composition, regarding the Muan Sarn Sacred Powders.

It is said, that the famous Pra Sum Gor, was made by a Lersi Hermit, many people say, was the famous Pra Lersi Dta Fai. The truth is, that we can only listen to the legends, because the makers of this amulet lie so far into the past, and all we have to go with, is information which was taken from the Silver metallic template of inscriptions found by Somdej Pra Puttajarn (Dto) Prohmrangsri.

One needs to study ancient history of the Siamese kingdom and pre-Siamese kingdoms, in order to understand the airport from which the original form of this amulet comes. The city of Kampaeng Paetch,  was an area which was completely ruled and inhabited by people of the Khmer Khom Empire. Then, during the period where Sukhothai Kingdom was rising, The type people settled in the area and all the time as the kingdom became greater they drove out the Khmer people and build a large wall around the city. 'Kampaeng' means, in fact, wall. What we can be certain of, whoever it is maker was, is that the Pra Sum Gor Benjapakee Amulets is a truly ancient amulet of historical eminence and classic proportion, and a member of the elite Benjapakee club of five sacred types of amulet representing the most important and eminent amulets of all thai amulet history.

The Hermit Por Gae Ta Fai is also reputed to have had a part in the creation of the Pra Sum Gor Amulet; The legend tells that when this amulet was in the making, there were four different Lersi presiding over it’s creation, Namely; Pra Lersi Pilaalay Pra Lersi Ta Fai, Pra Lersi Narod, and Pra Lersi Gaiyagote.

This Amulet is counted as one of the five “Pra Benjapakee” amulets which are reputed to have an age of not less than one thousand years. Because of the documented evidence appearing in various historical recordings related to the creation of these amulets, and the fact that all of the aforementioned amulets date back to more that one thousand years ago, it can be assumed that Por Gae Lersi Ta Fai really existed, and that he lived at least one thousand years ago, if not more than that. Because of the ability of the Lersi to live for hundreds of years, it cannot be known how far back his appearances go… Many Thais recount that Por Gae was around 2000 Years ago, meaning that this Lersi Hermit may have been able to extend his lifespan for up to one thousand years, if the accounts relating to the creation of the aforementioned amulets are true.