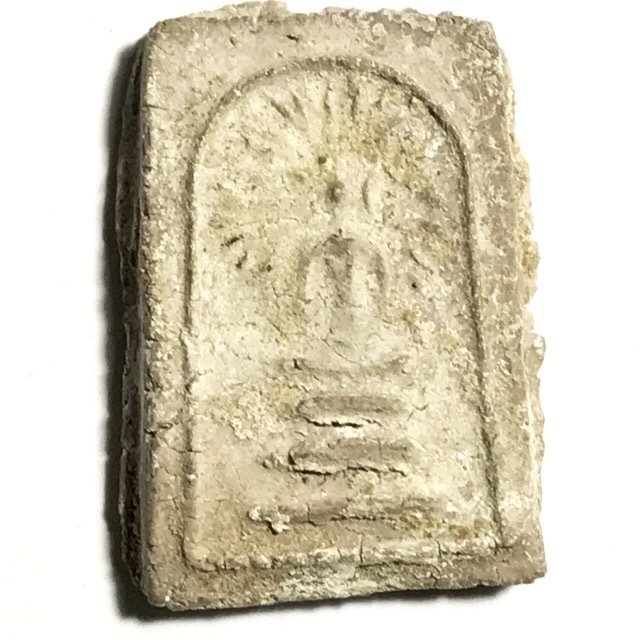 The Pra Somdej Rasamee Nuea Pong Puttakun (5 x 108 white Yantra inscription powders), was made around the year 2460 BE, and was blessed by the two great Masters of Olden days. who ordered them to be hidden in the Wat Klong Khom Kru Burial Chamber of the Chedi Stupa, where they remained until their recent discovery some years ago. 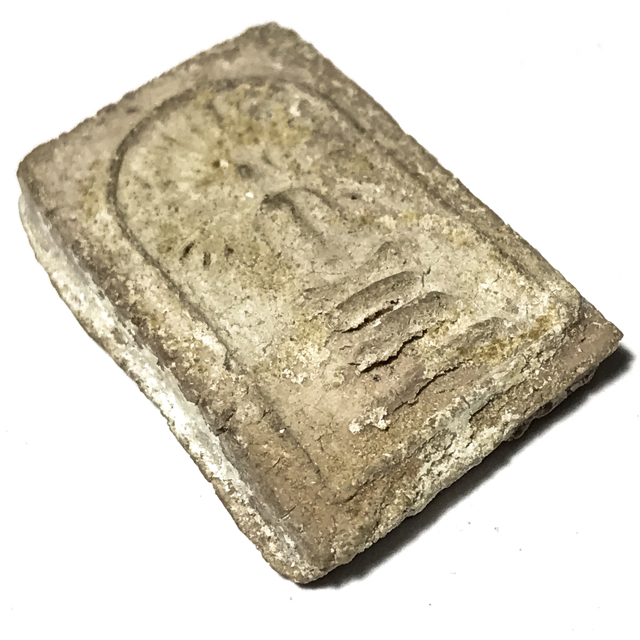 The Pra Somdej Rasamee was made in Granular Pong Bai Lan (black color), and Creamy Pong Puttakun (white color). There are also a very few rare examples where the Pong Puttakun turned a shade of pink on the surface (Nuea Puttakun Om Chompoo), which are the most highly preferred of all. In truth there were many different block presses used to make the whole batch, which results in a large variation in the small details of each block press. 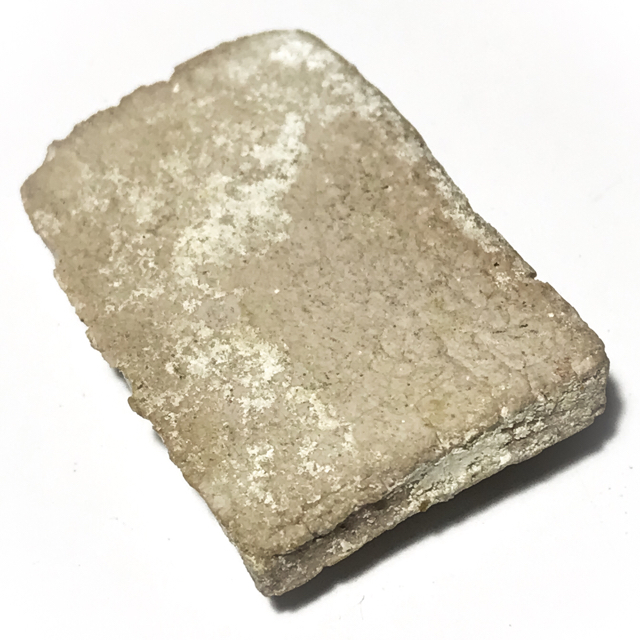 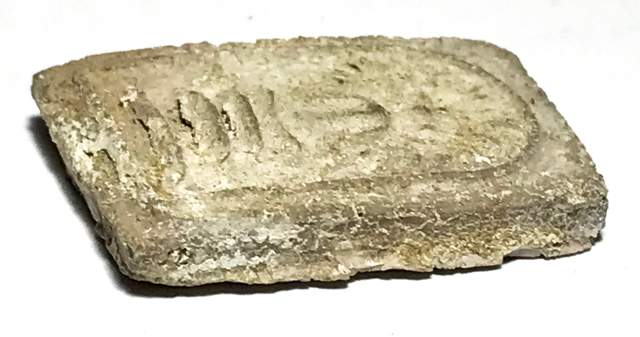 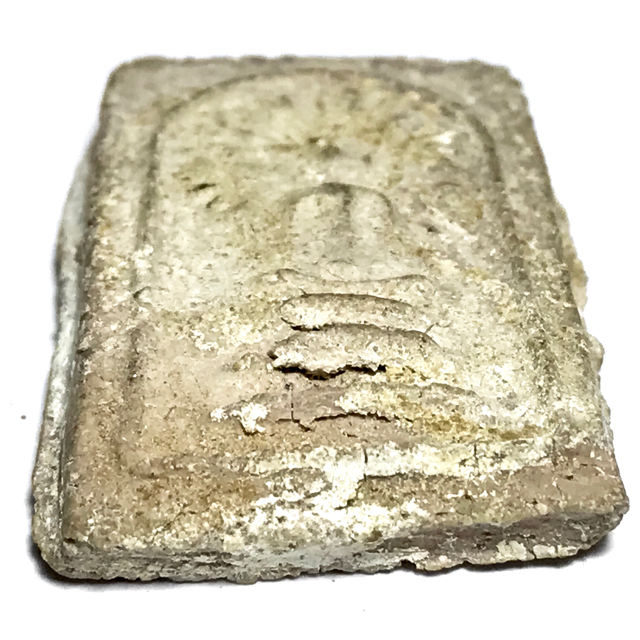 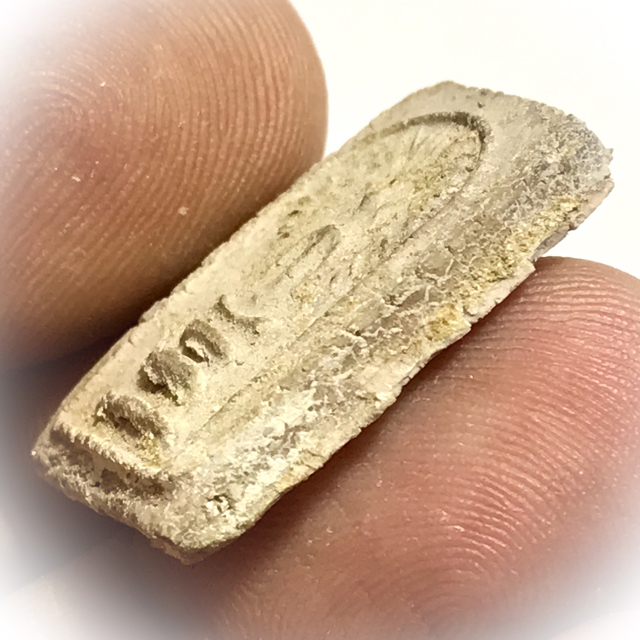 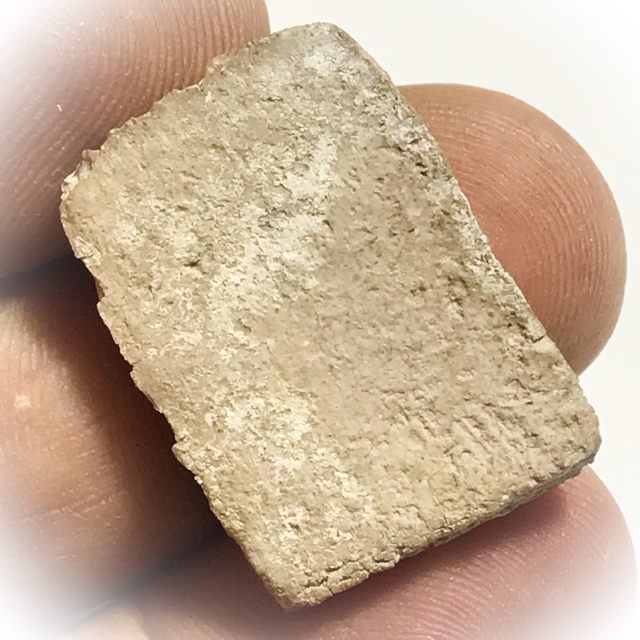 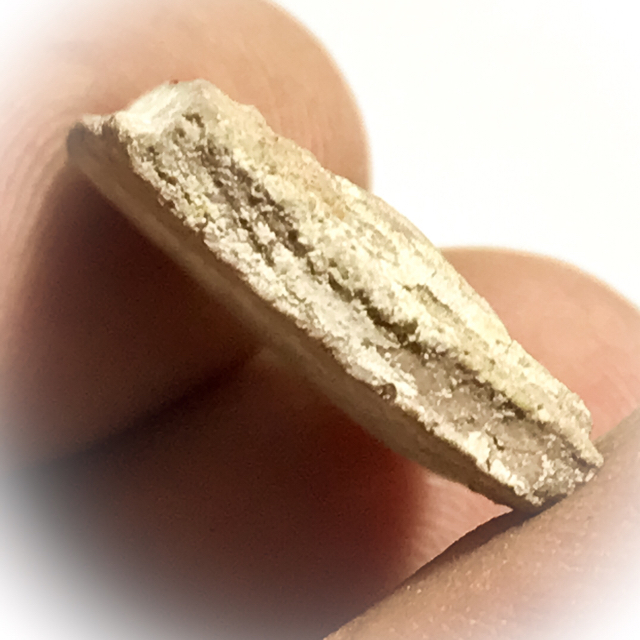 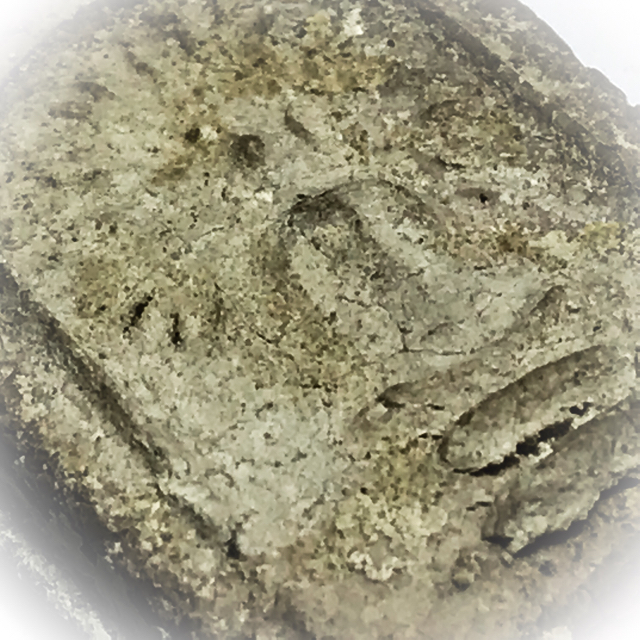 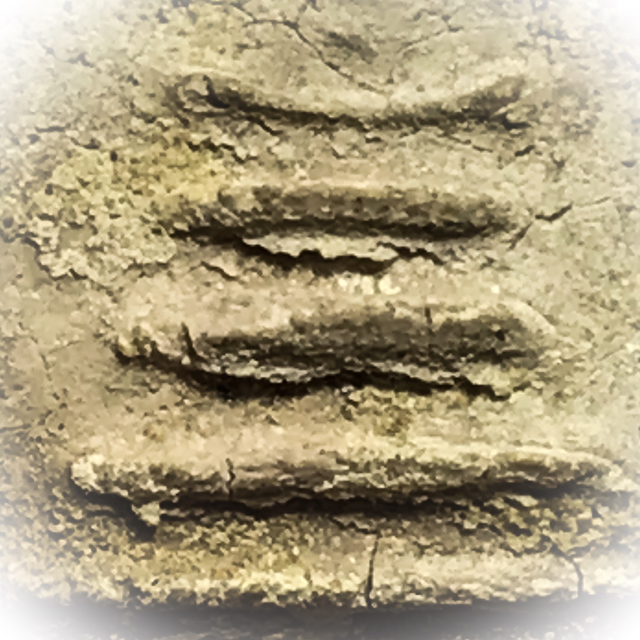 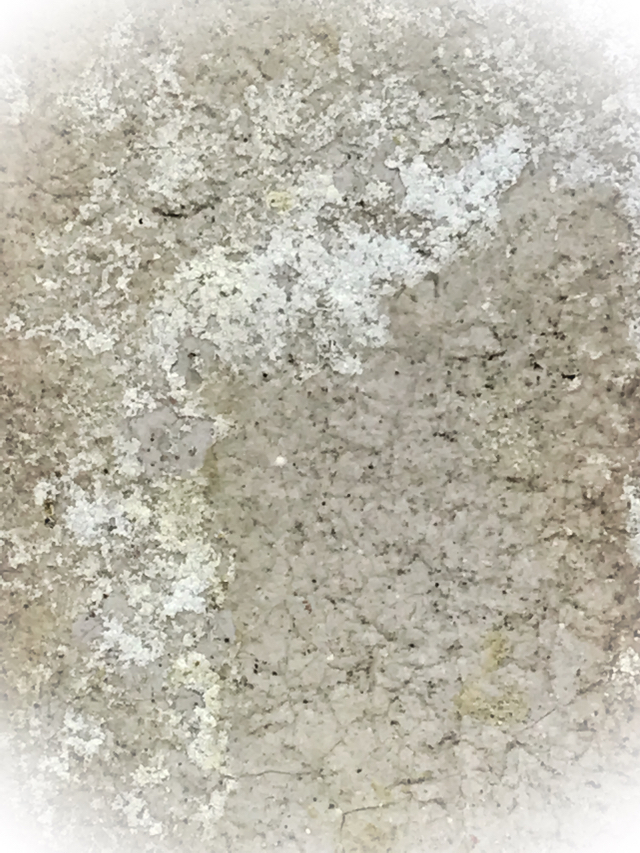 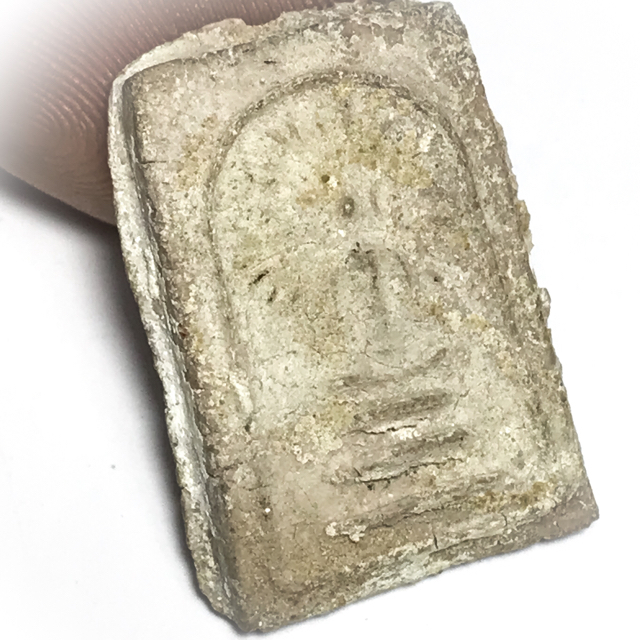 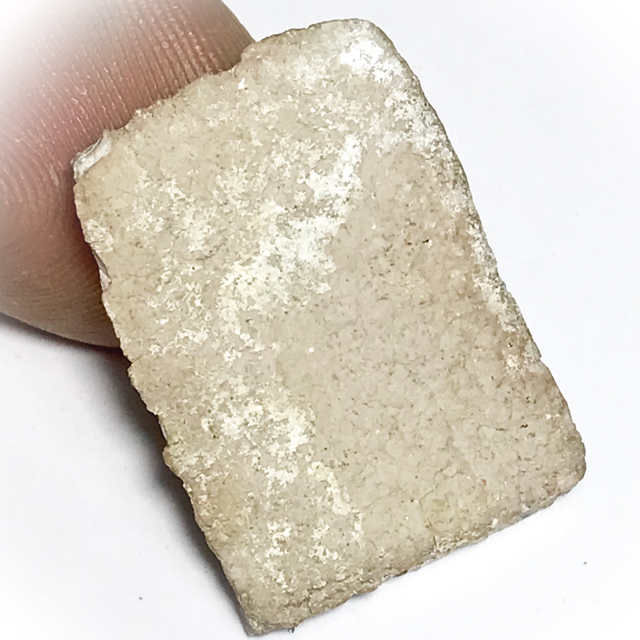 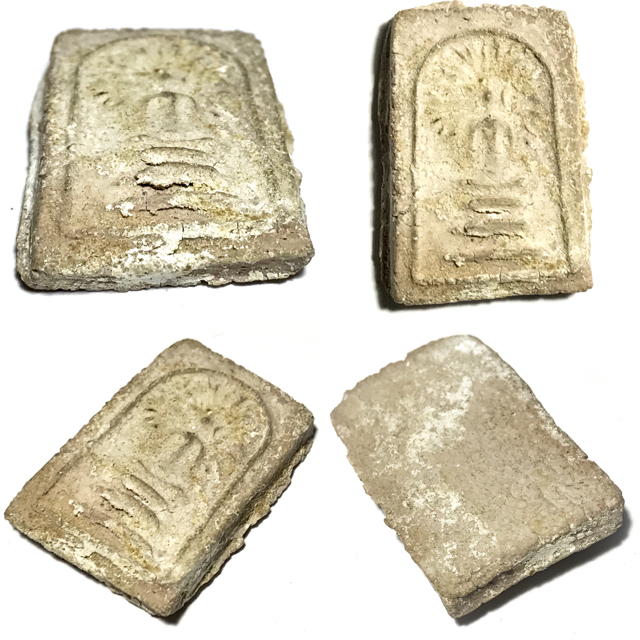