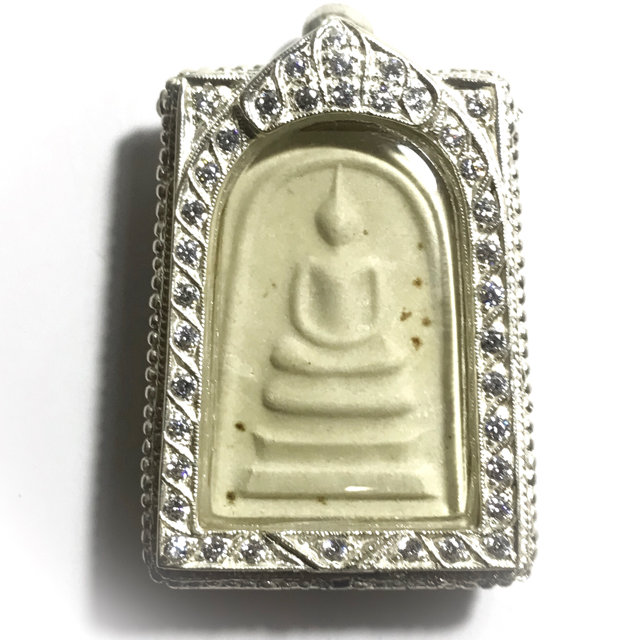 This early era Pra Somdej amulet was blessed, by Luang Phu Waen Sujinno of Wat Doi Mae Pang, and released in Buddha Abhiseka Ceremony at Wat sampant Wongs in Bangkok, in the year 2516 BE. This edition wasBlessed by Luang Phu Waen, for the purpose of raising funds to complete the building of the Sala Bprian Dhamma Study Hall at Wat Sarnath Tammaram, in Rayong. This exhibit comes with silver frame casing with rhinestones inserted, as a fittingly aesthetic encasement, included in the price. 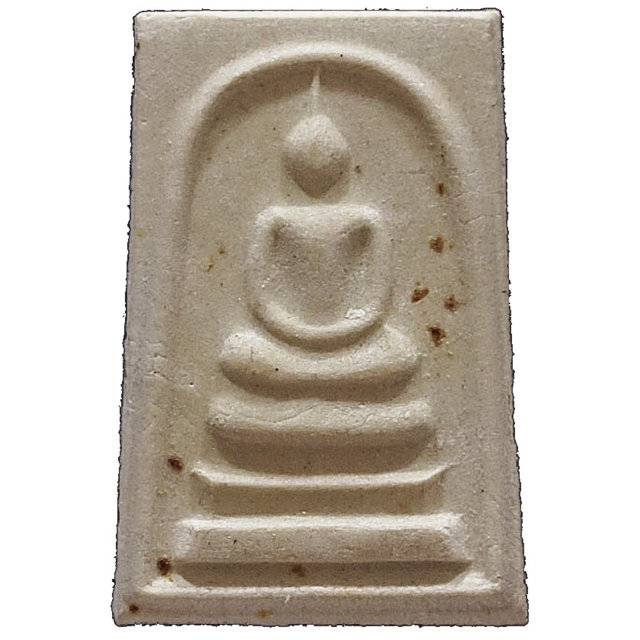 This fact reveals just how many temples Luang Phu Waen helped throughout his life, by raising funds releasing his powerful amulets, and preserving Buddhism by his meritorious charitable deeds. The amulet itself is now extremely rare to find, and is a a rare to encounter exhibit for addition to one's collection, especially recommended for collectors and devotees of Luang Phu Hwaen amulets. 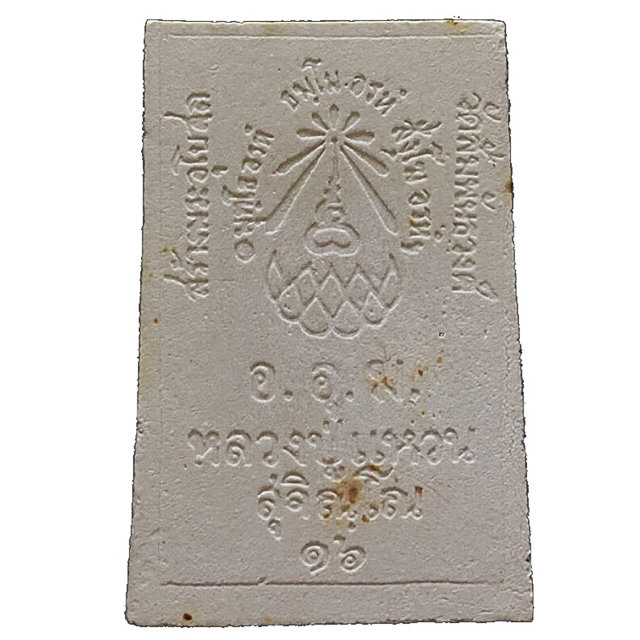 The rear face bears an Aura Insignia above a Lotus, with Buddhist Pali Kata Prayers around it. The left side of the rear face has the words 'Sang Bote' (สร้างโปสถ์), meaning 'Building of the Shrineroom'. On the right side of the rear face are the words 'Wat Sampant Wongs' (the name of the temple receiving the funds). Below the Lotus, are the edition code stamps WWM (ววม), and the words 'Luang Phu Hwaen Sujjino' (หลวงปู่แหวนสุจจิโน), and the number 16 (๑๖) for the year of release (2516 BE). 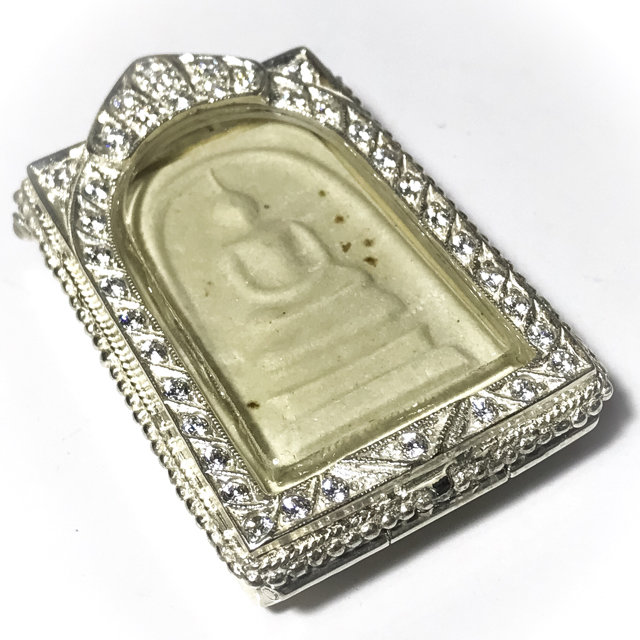 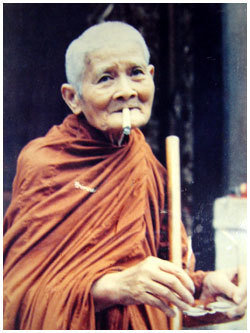 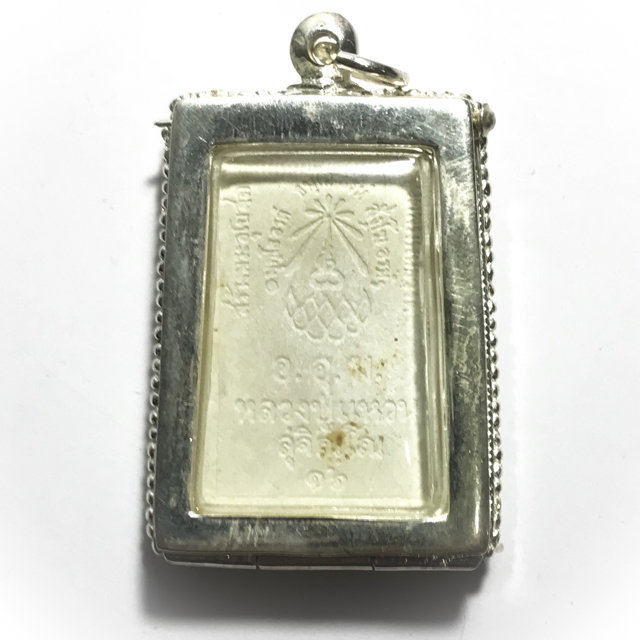 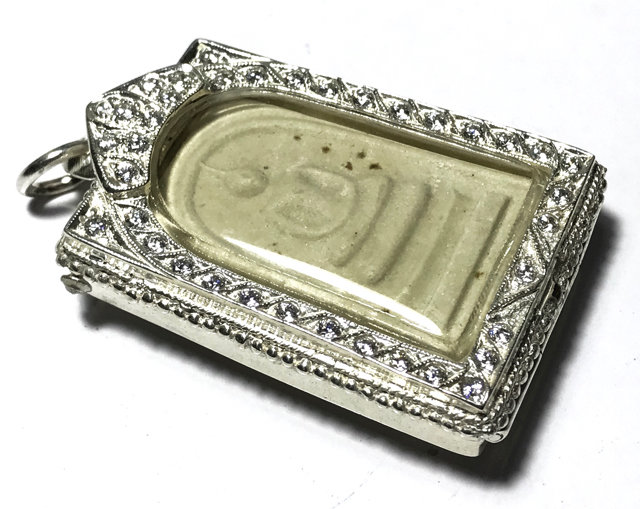 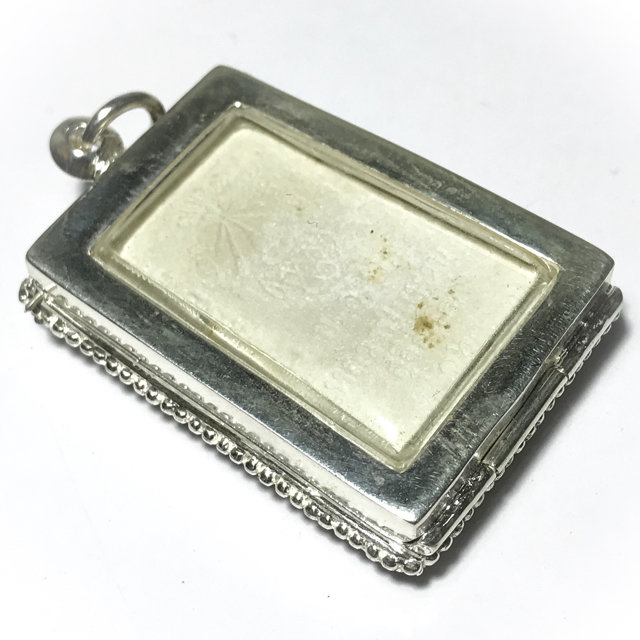 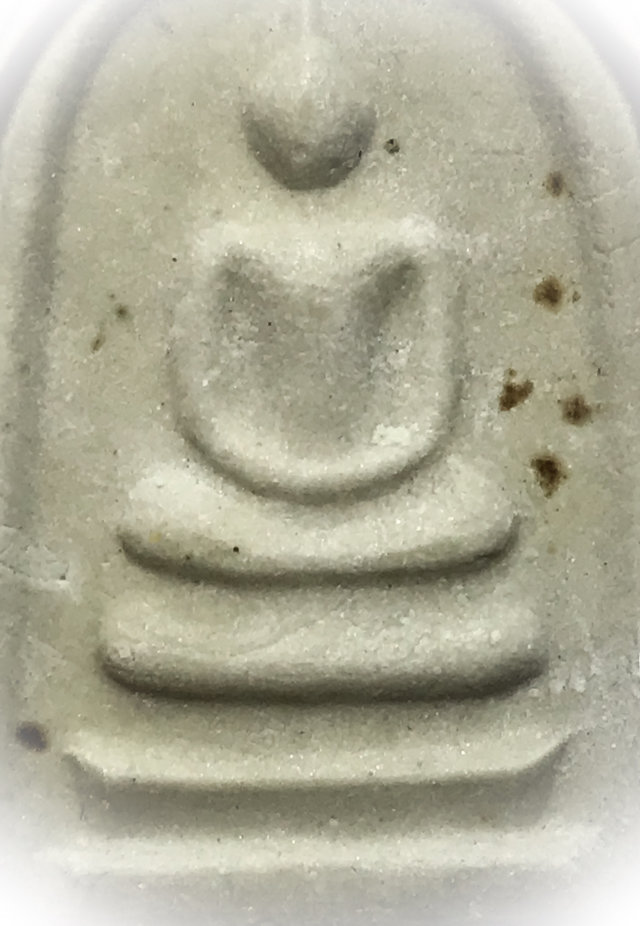 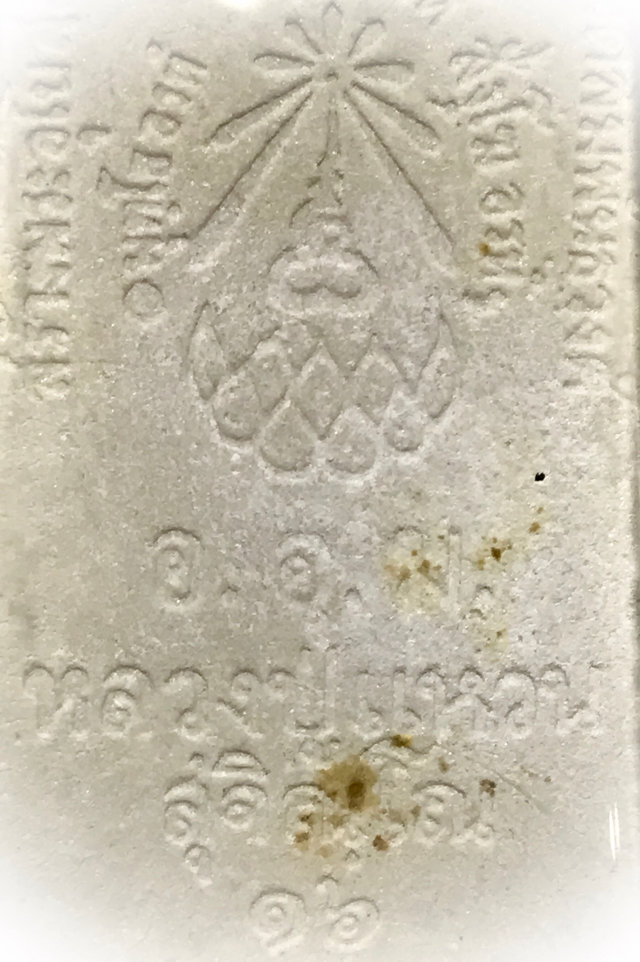 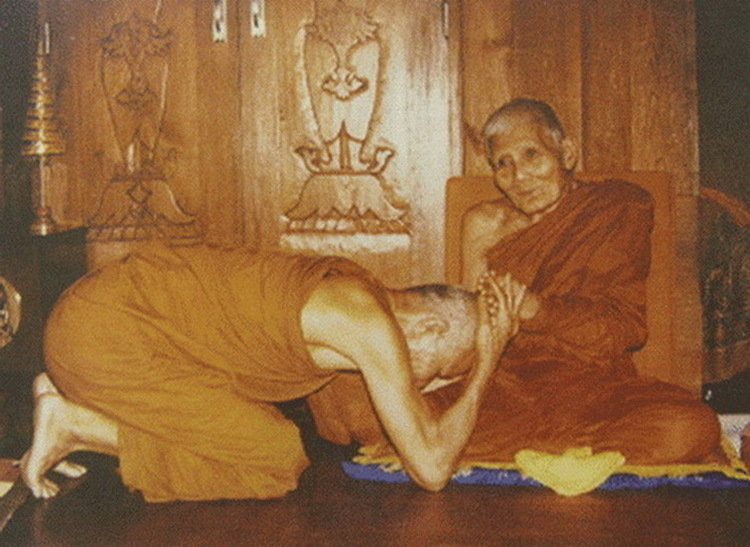 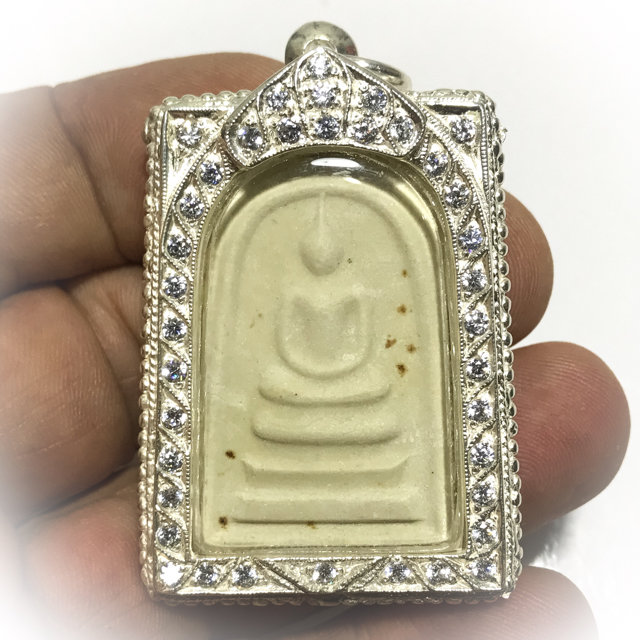 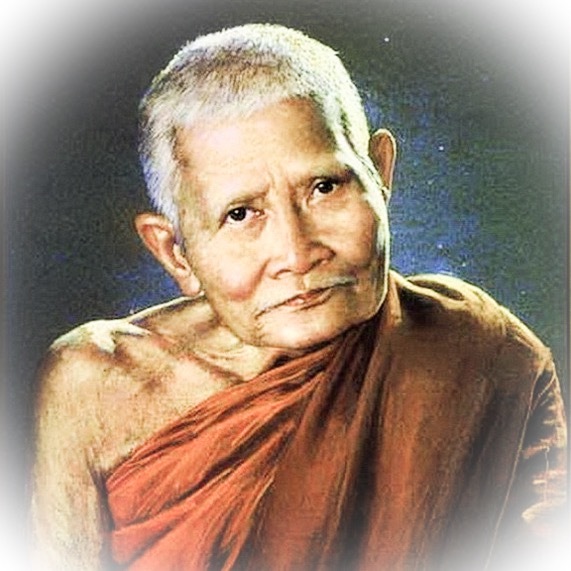 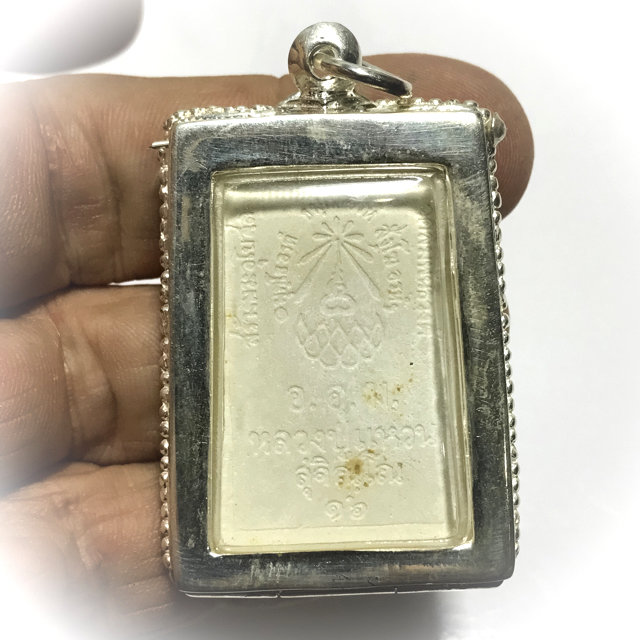 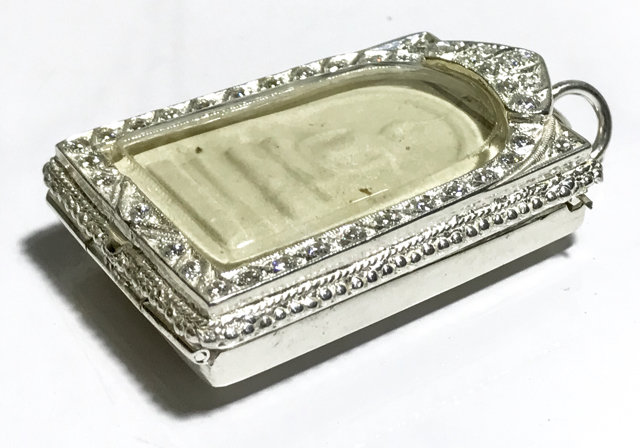 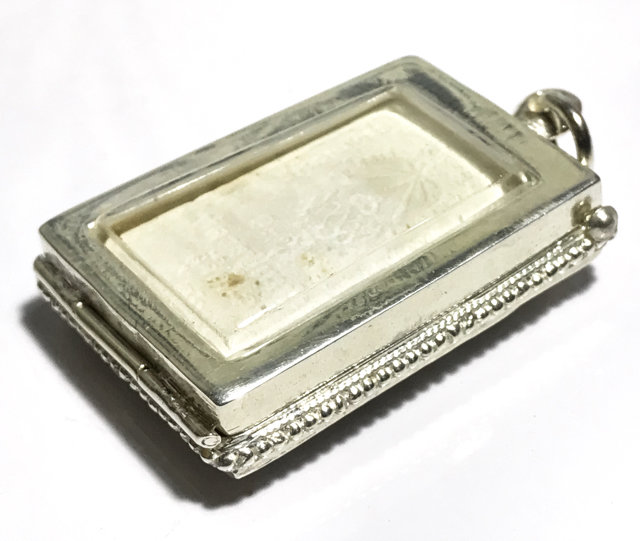 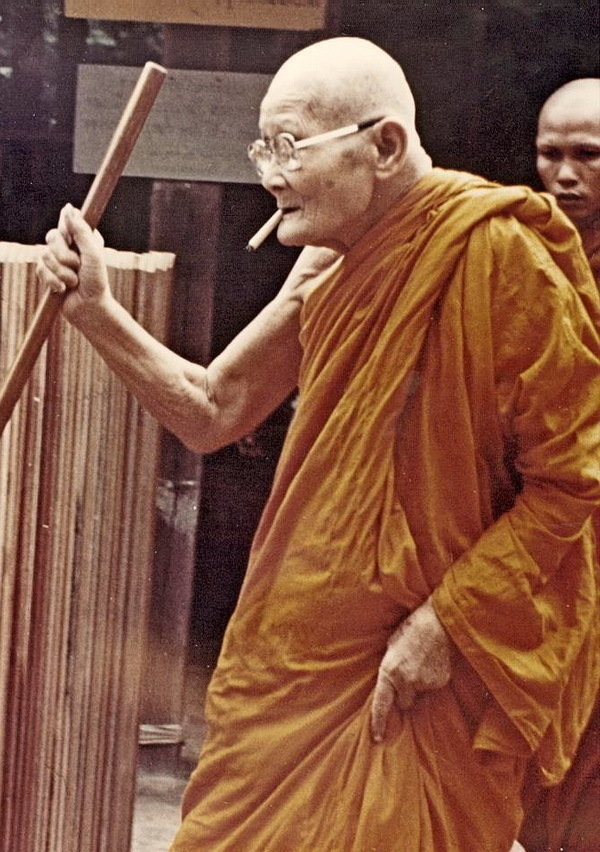 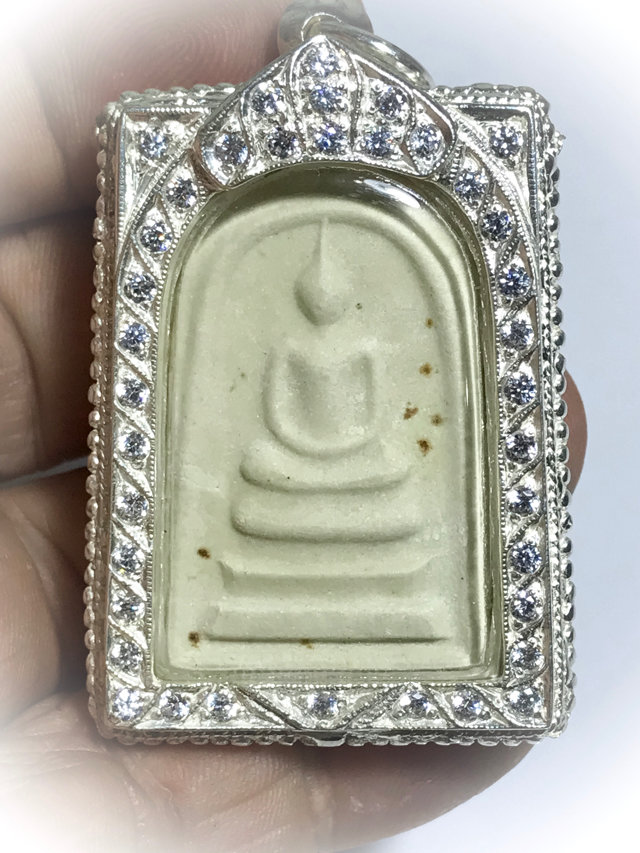 It is some 75 kilometres from the city of Chiang Mai, on route 1001 towards Phrao. Local legends say that the road 1001 was built due to Luang Por Waen Sujinno. Legend tells of this monk meditating and floating hundreds of feet into the air. He was seen by helicopter pilot, and the King was said to be so astonished, that he realized a road must built to this holy place. 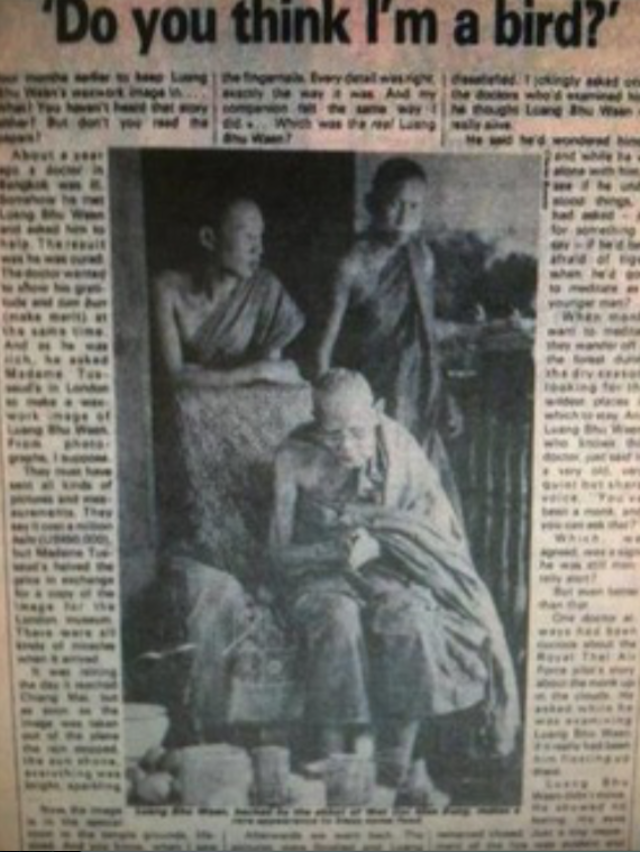 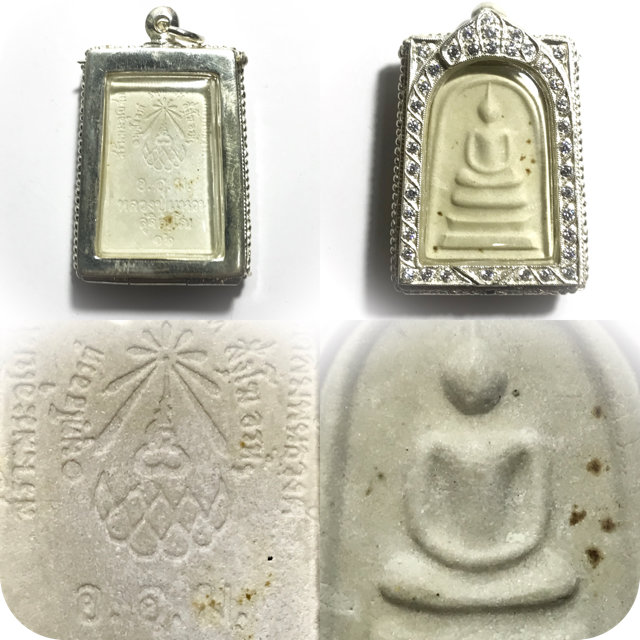