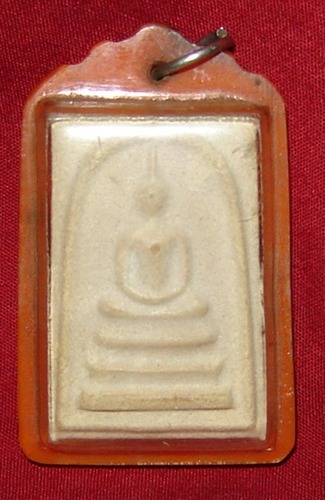 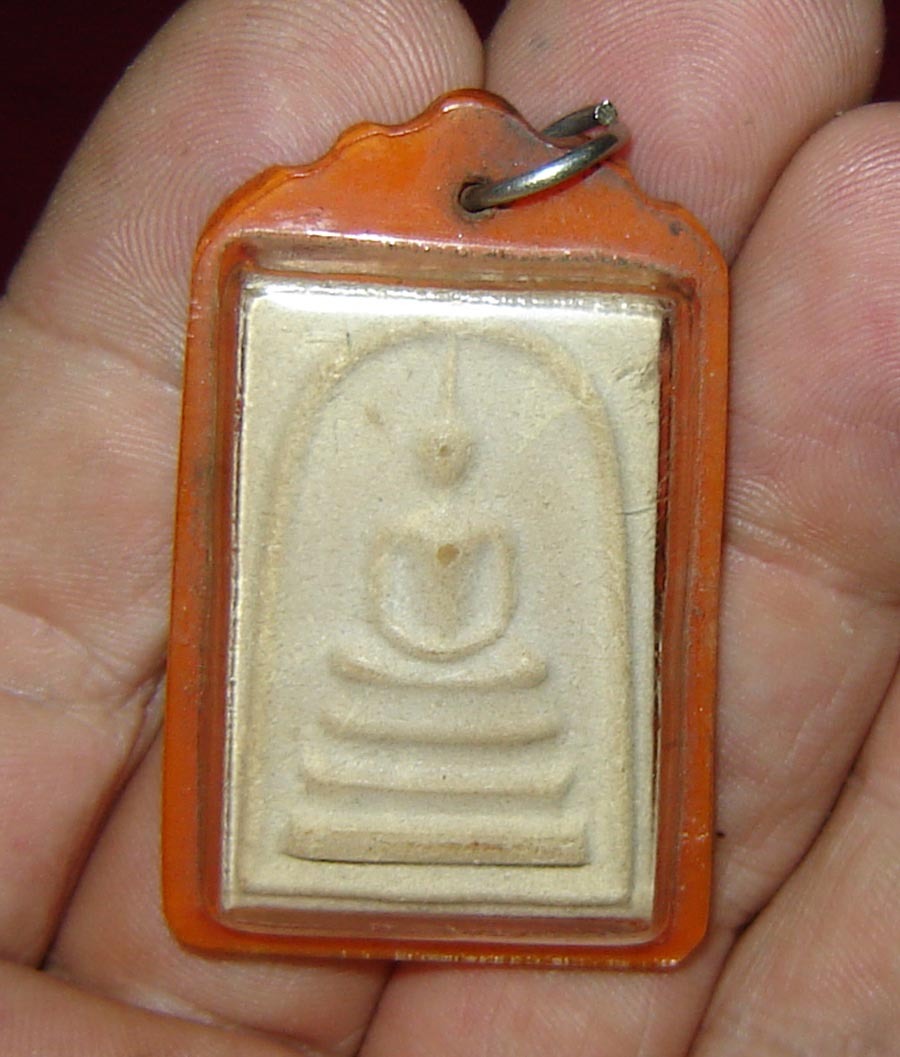 This amulet is a very revered item for the people of Bang Lamung, and is an ever rarer to find amulet on the collector scene. It is made from pure Pong Puttakun powders and has primarily Metta, Choke Lap and Kong Grapan/Klaew Klaad powers. 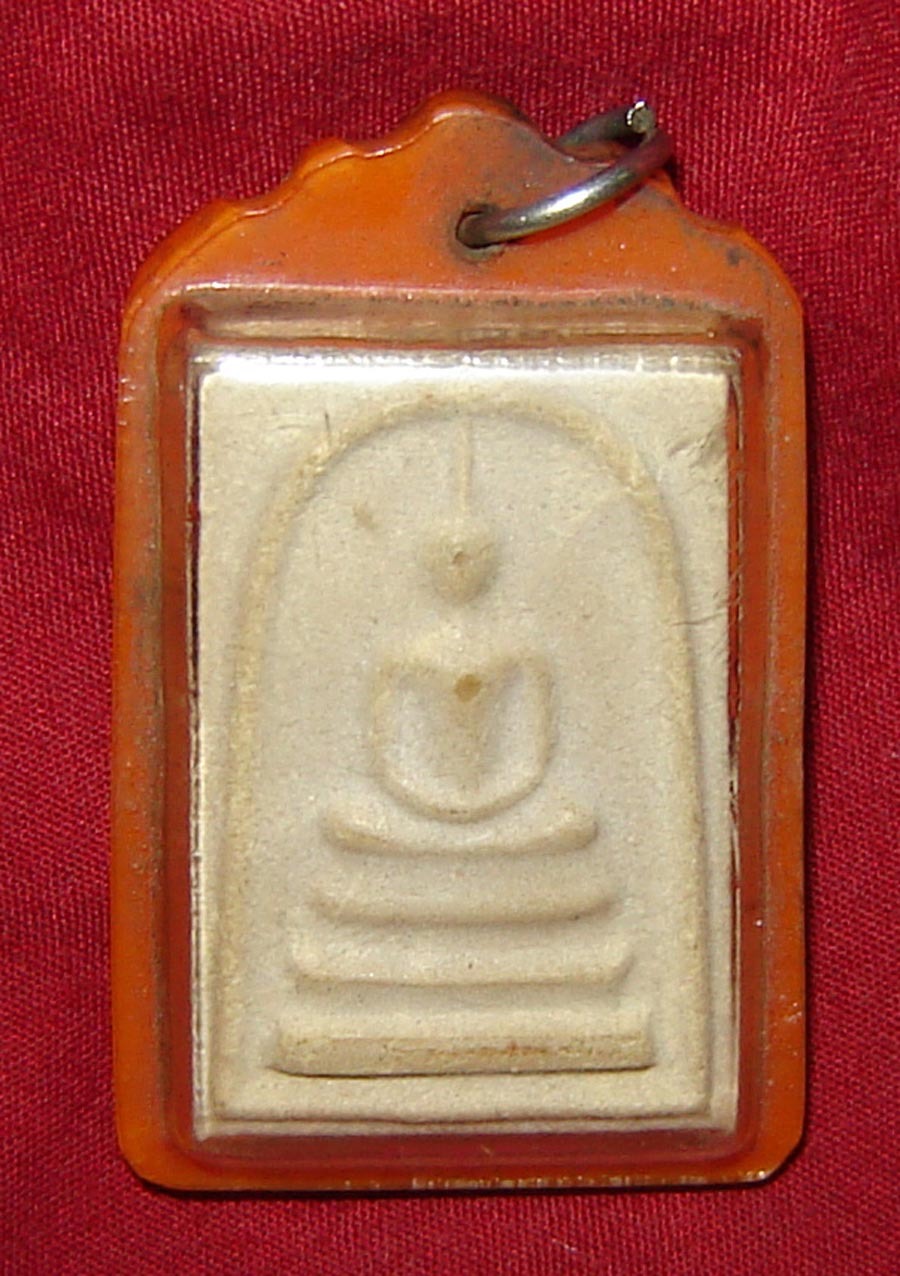 Pure Buddhanussati (Remembrance of the Triple Gem), and a focus point of Faith and reminder of ones Dhamma practice in everyday life. To wear a Pra Somdej amulet blessed by a monk of worthy reverence such as Luang Por Kong, is always an inspiration and moral support in helping oneself to maintain diligence in ones practice as a Buddhist. 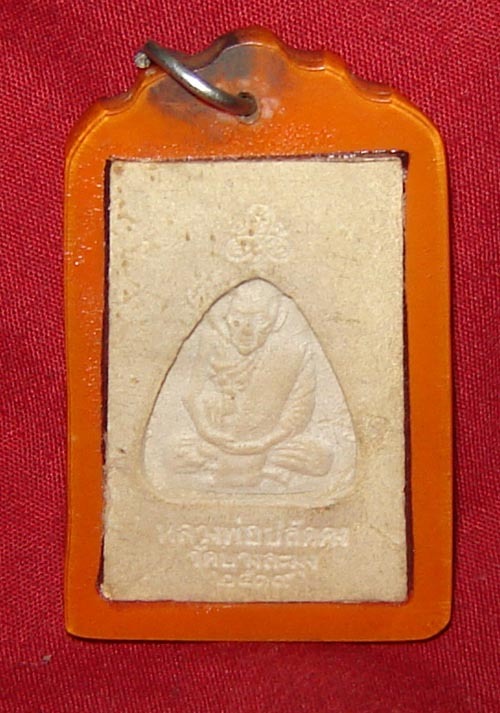 To know and believe in the purity of the maker of the amulet, and to see the Buddha image on the front, is to remind oneself and have shame before one is about to misbehave or break a precept, and this in itself is a powerful protector to help one resist the Maras, by inducing shame in oneself for the impure thoughts in the presence of an emblem of purity one carries on ones person, namely the Pra Somdej. Shame is a source of suffering, but even the Lord Buddha said that delusions and conditioned thoughts can also be put to positive use until they are no longer needed, or can be escaped from, and so shame in this sense (Moral shame), is a healthy delusion to maintain whilst one still suffers the impurity of harmful or selfish thoughts. To allow a Buddha amulet to assit the mind in shaming itself into refraining from negative actions, thoughts or speech, is to use it for its true purpose. 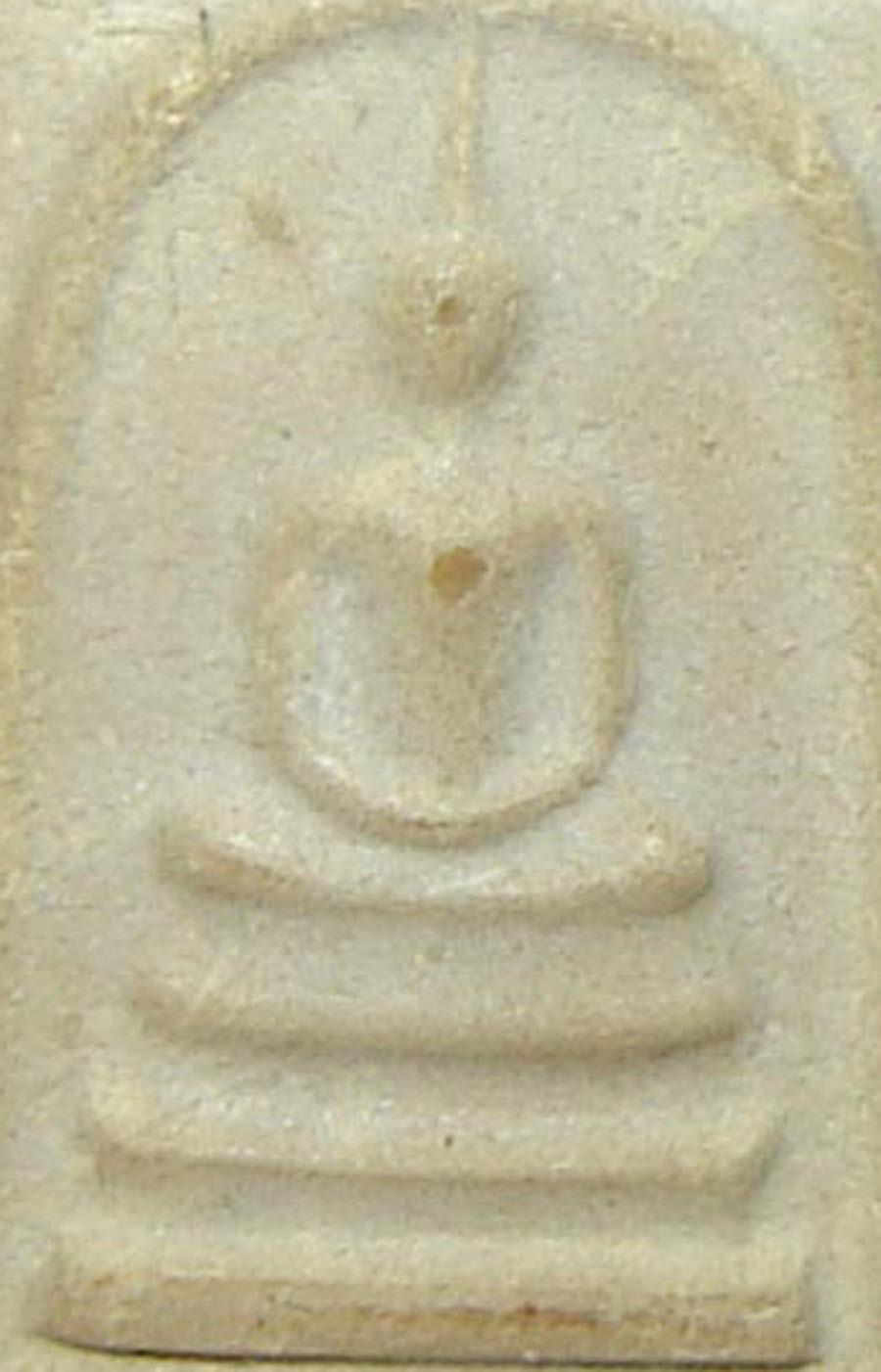 Of course, even if you have never thought of this aspect of pure Buddhist amulet wearing, there remains the mysterious powers of the Thai Amulet, which will protect you and generate your prosperity and happiness. All Thai amulets have magical properties, but those amulet that are pure Buddhist are also a tool for maintaining Morality and Virtue, and Abstaining from Harmful or Negative thoughts speech and actions, as part of the practice of keeping the 5 Buddhist precepts which are integral daily practice of the Buddhist.

Luang Por Bplad Kong, or, better known as Luang Por Kong, is a citizen of Bang Lamung by Birth. He was born in the year 2404 BE. There were 4 Siblings in the family, who were; Luang Por Kong, Nang Gai Nang Rord, and Pra Ajarn Joy (ex Abbot of Wat Bang Lamung)

Luang Por was ordained as a Bhikkhu (Buddhist Monk) at the age of 26 Years Old after serving 5 years in the Army. he was extremely diligent in his studies of Dhamma and Vinaya, and became a Genius in the subject. He also worked hard at Vipassana Kammathana practice and became a great Adept with special abilities. He also worked hard for various Charitable and Meritorious Projects during his life, and always taught the Local Folk to develop the Moral Precepts and Virtues. He also restored and developed the temple of Wat Bang Lamung constantly during his time, and would repeair any damages immediately keeping good maintenaince of the temple. He was constantly looking to improve conditions and make all necessities available for correct Dhamma practice. 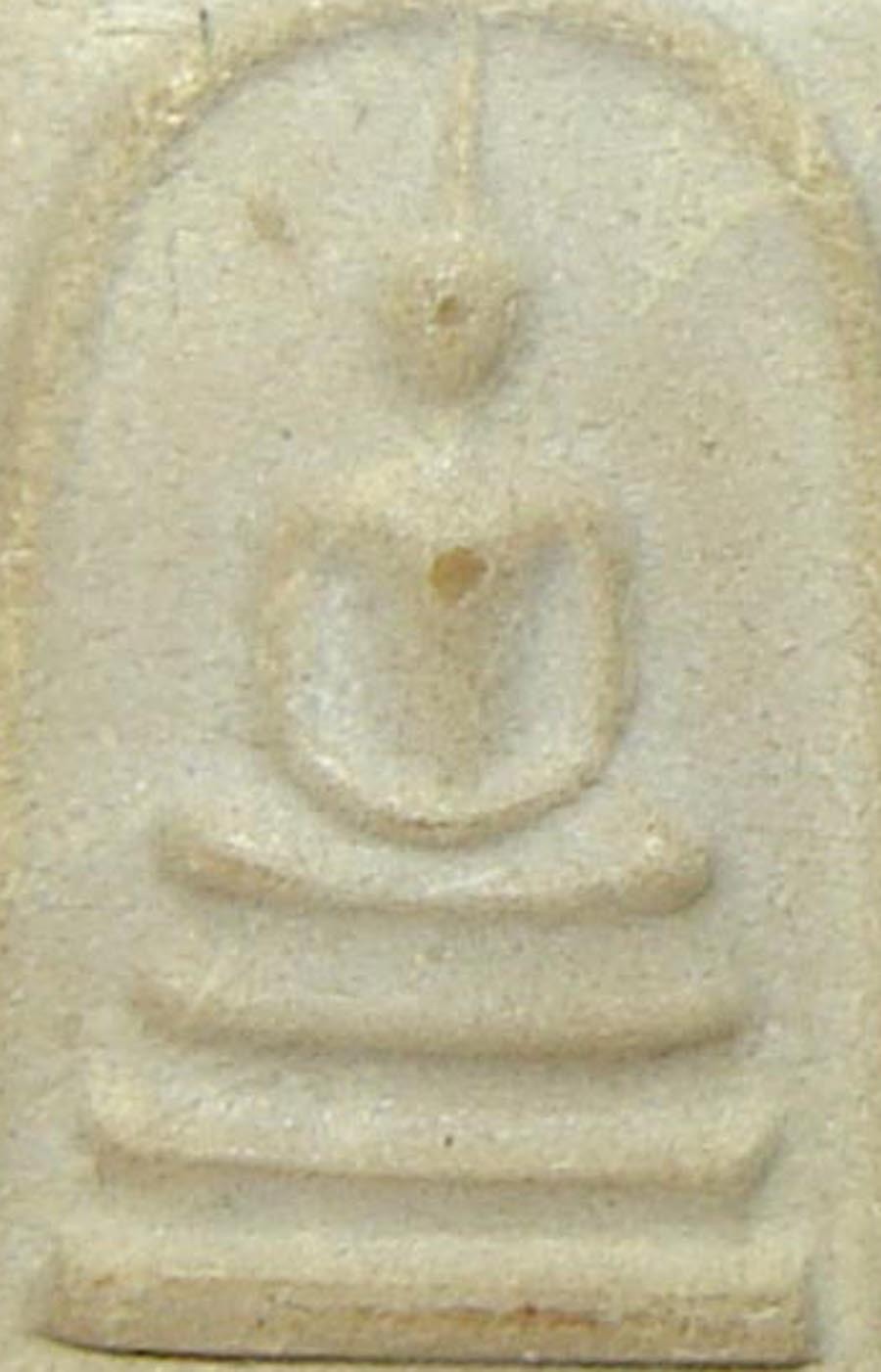 His Death was a very Miraculous occasion; As the devotees attended him and one Looksit was massaging his aching bones and limbs, Luang Por passed away without a sound and no one even noticed until a while later. Just as they had noticed his passing, a strange thing happened; A Lunar Eclipse! The good deeds of Luang Por Kong and the improvements he made to the community are still noticeable today at the Temple. 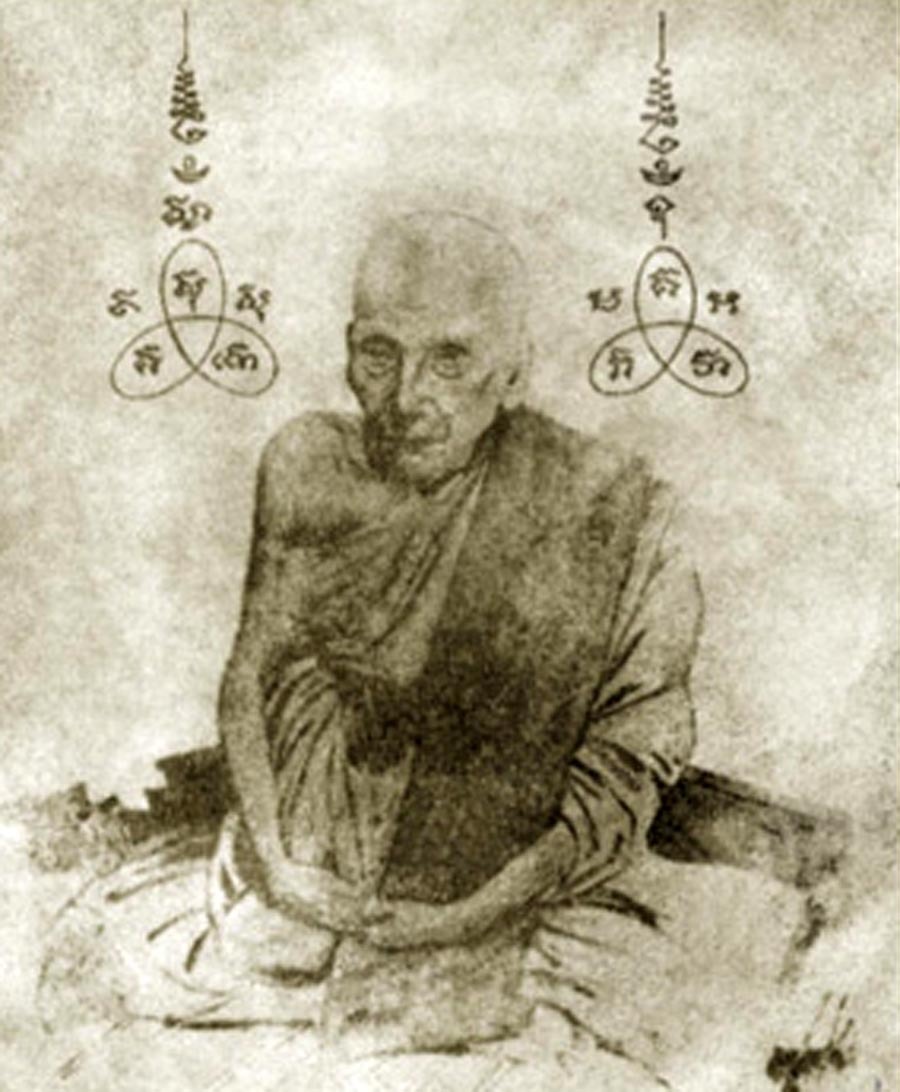