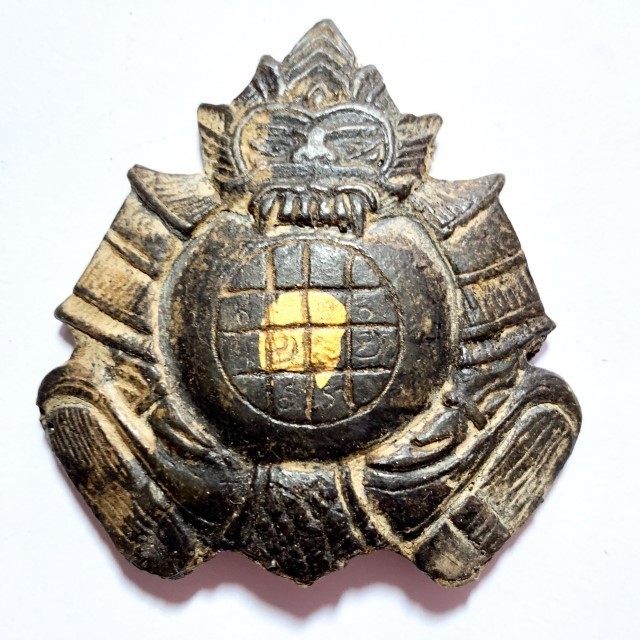 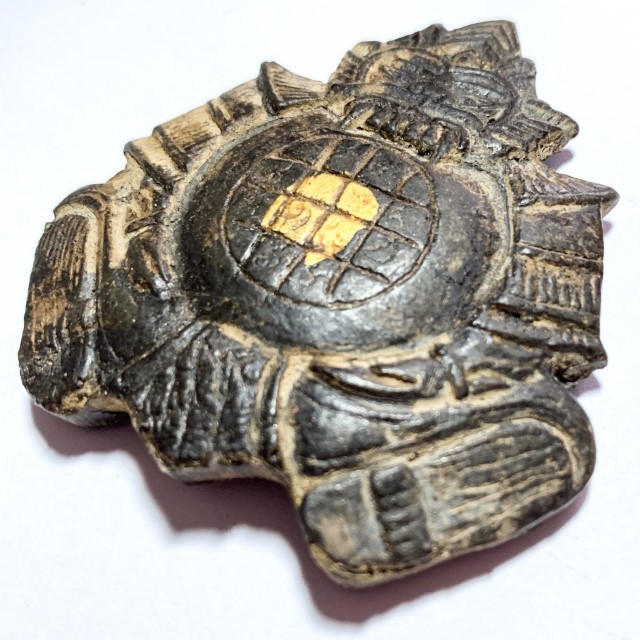 The rear face reveals true ageing of a centenarian+ amulet, and the age of the inscriptions of Kroo Ba on the rear face with the Yant Duang shout out the word 'ancient' 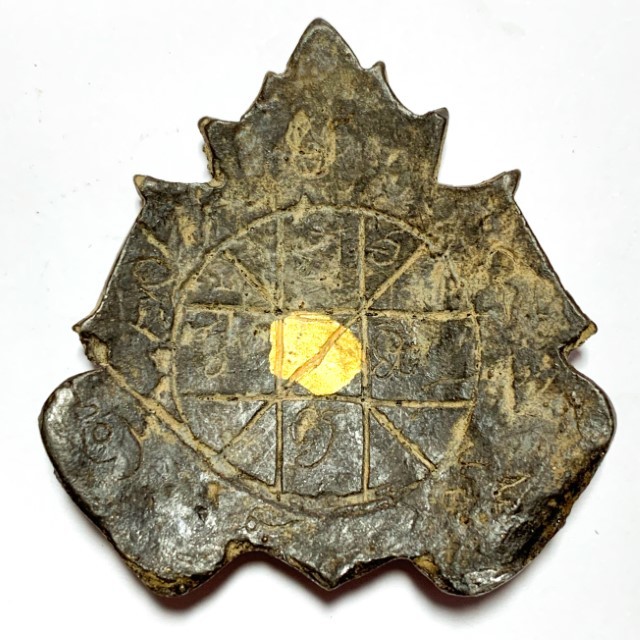 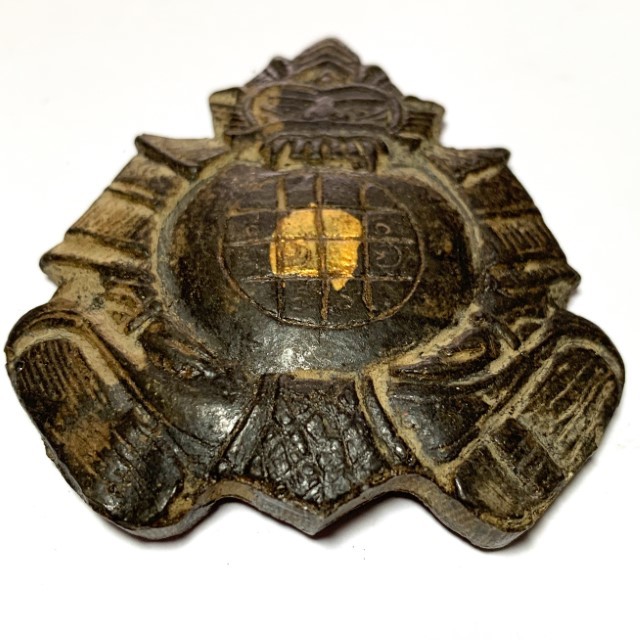 The earliest actual evidence of his making the Rahu amulets was found inscribed on a Kala ta Diaw Rahu Image from Kroo ba Nanta with the year 2456 BE, which is considered to be one of his earlier one eyed coconut shell carvings.The amulet measures 5 x 4 Cm, and is made from Black Bailan Parchment Grimoire, and Sorcerous Powders. Kroo ba Nanta Nanto Bhikkhu was considered the older of the 2 Greatest Masters of the Wicha Pra Rahu of that particular Era, the other most famous Master being of course Luang Por Noi, of Wat Srisa Tong. 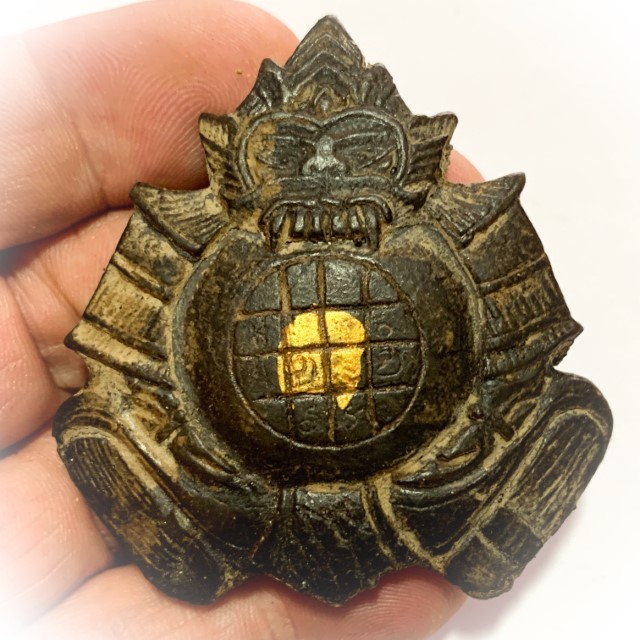 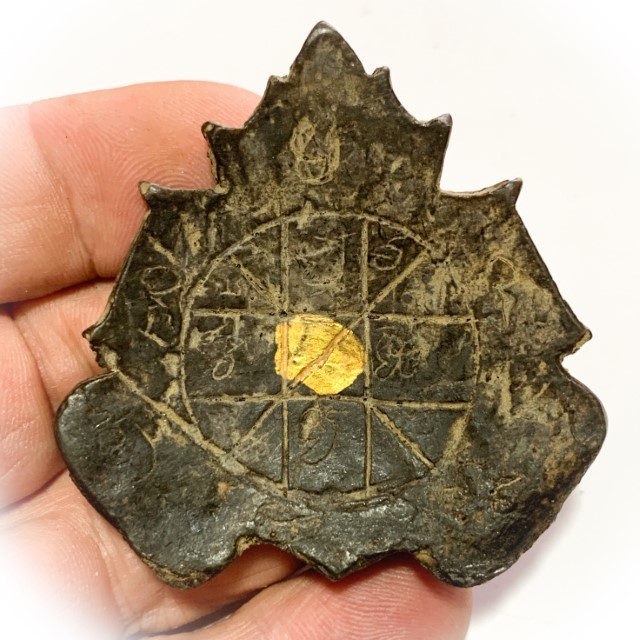 It would be more accurate to not compare the two, and to see that Kroo Ba Nanta and Luang Por Noi are equally Meritorious in their Mastery, and were perhaps the greatest Adepts of Wicha Pra Rahu in living memory. Kroo Ba Nanta was an Upachaya Monk (entitled to ordain people as monks, which is one of the highest statuses), and was responsible for having built many important Buddhist Edifices in Lampang, Chiang Rai, Payao, and surrounding provinces, including Uposatha Shrine Rooms for temples, Chedi Stupas (22 in all), Kuti Huts, and 26 Vihara Shrines. 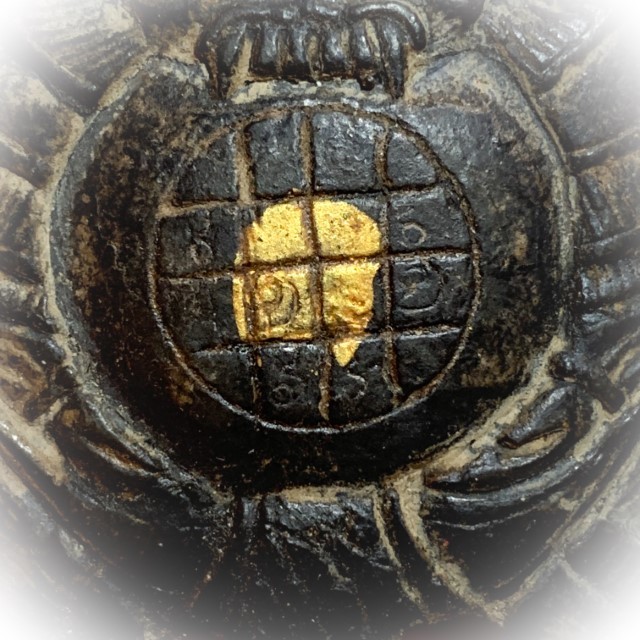 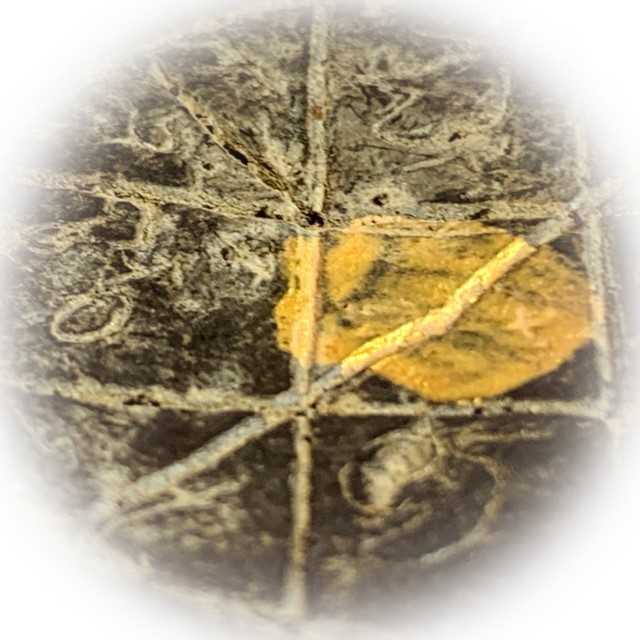 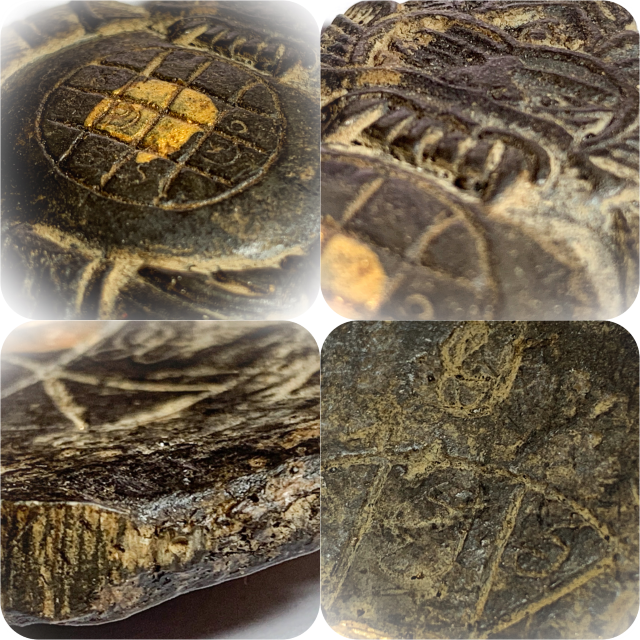 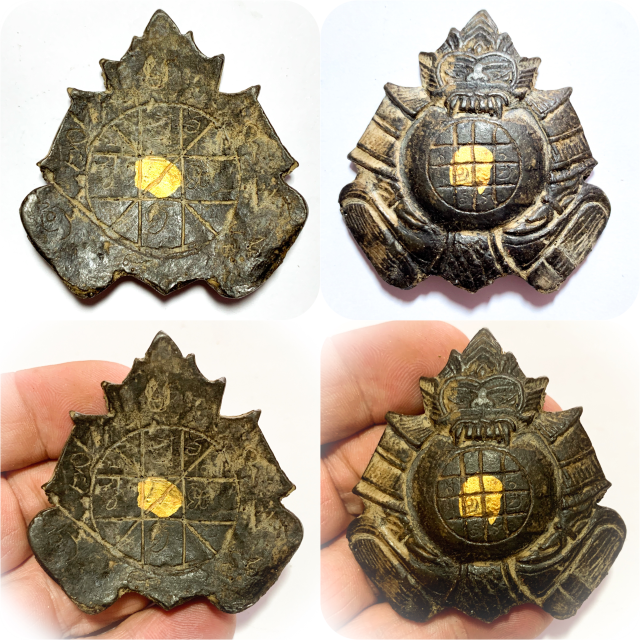