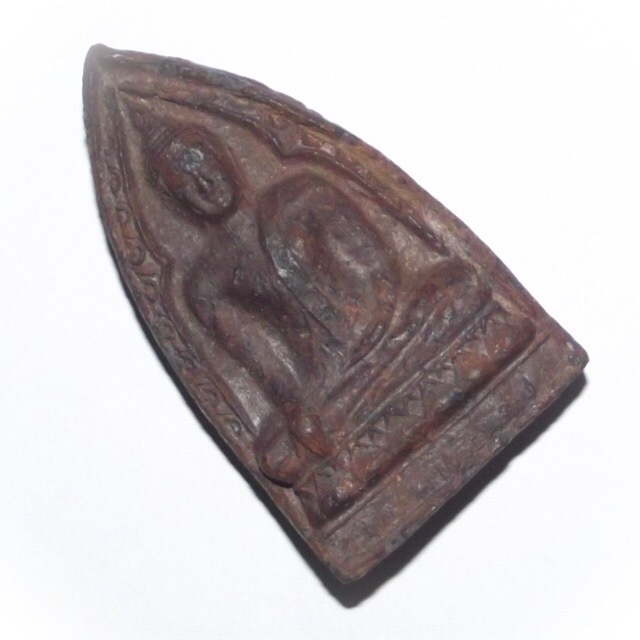 The Putta Kodom, represents the Buddha Sakyamuni, sitting with one hand on his knee pointing down towards the earth, and calling Mother Earth (Dharani) as his Witness, in the moment of Enlightenment, as he Defeats the Mara. 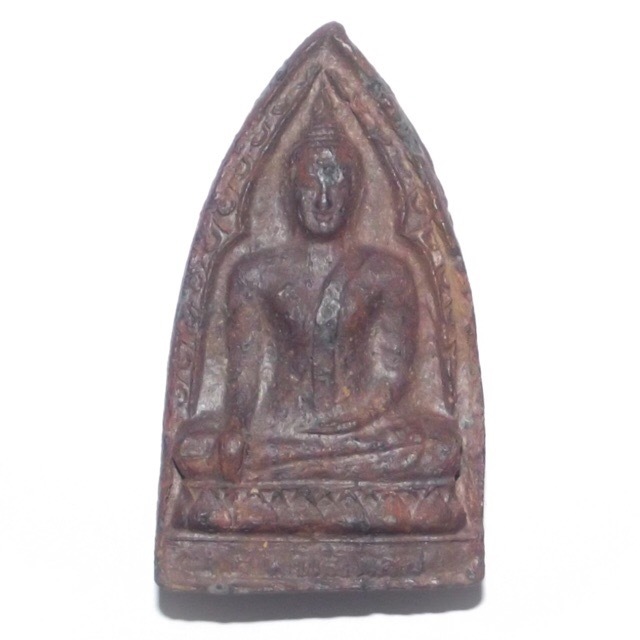 Luang Por Khom of Wat Pai Rong Wua, was renowned for his preference to make amulets that are Buddha Images, above images of himself, or Deities of the Hindu Pantheon.

His adherence to preserving the Buddha Sasana in its pure form by adherence to making almost exclusively images that reflect the existence of an Enlightened Being (The Buddha) has been seen on Earth in the Past. 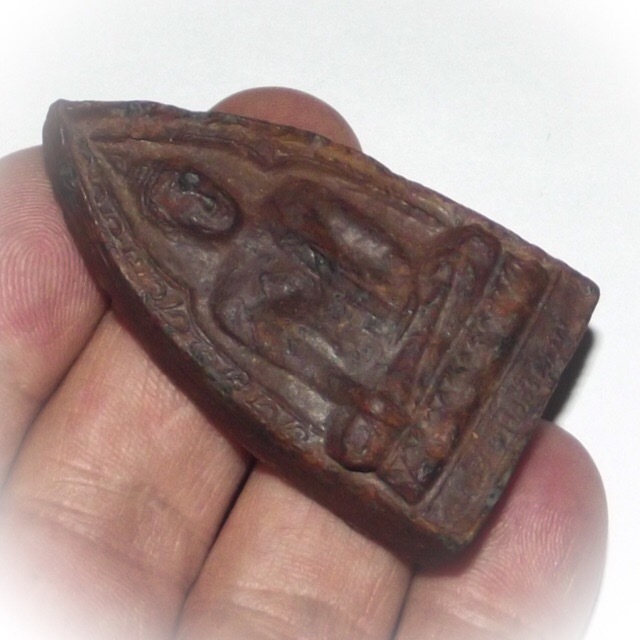 This is the direct applied method of preserving the existence of Buddhjism into the Future, up to the Time where Arya Sri Maitreya, the Future Buddha's Time has arrived, 2500 years in the Future from Now. 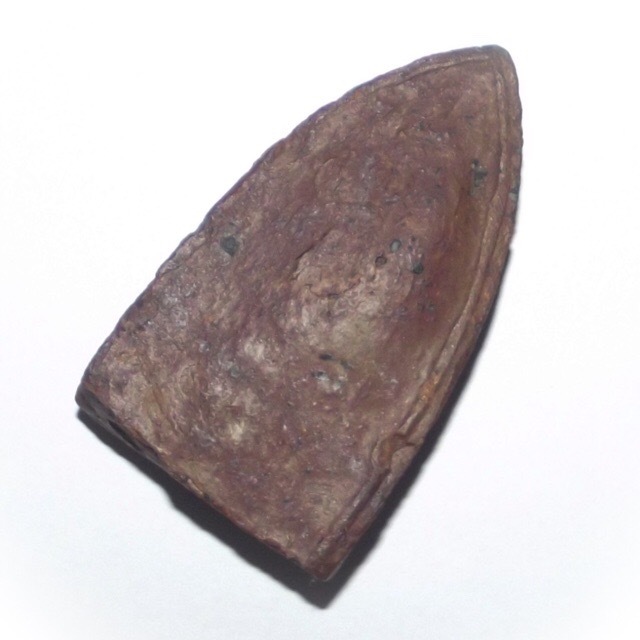 Luang Por Khom and his amulets came into high favor some time in the early eighties, when he was also in his eighties, and were mostly snapped up by devotees shortly before and after his passing in 2533 BE (1990). The Pra Putta Kodom Baked Clay Votive Tablet was released around 2505 BE, and is an immensely favored edition of Luang Por Khom's pantheon of amulets. 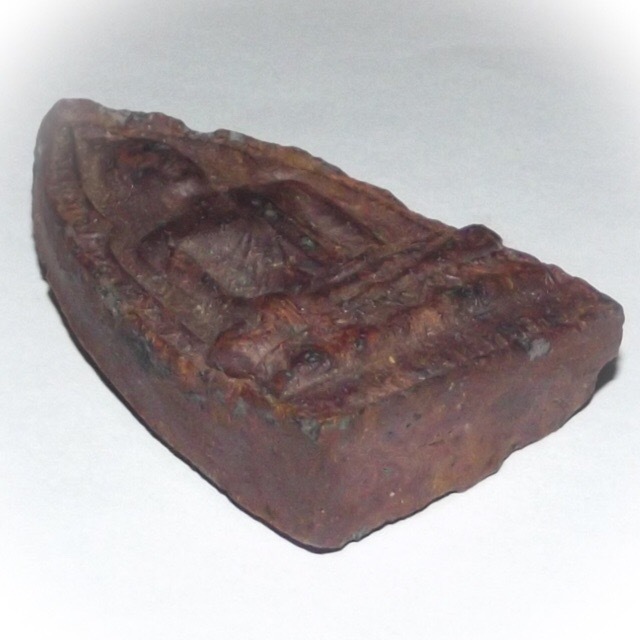 Pure Buddhakhun Power, with the Blessings of the Buddha Sakyamuni in his monent of Enlightenment to Protect and Guide you, and remind you of your practice, to improve your diligence. This is the perfect amulet for diligent meditative practice throughout the working day and the resting day, to keep us reminded of the merits of the Buddha, and his Enlightenment as a Human Being, which should Inspire Us to follow his Path, and his Good Example. 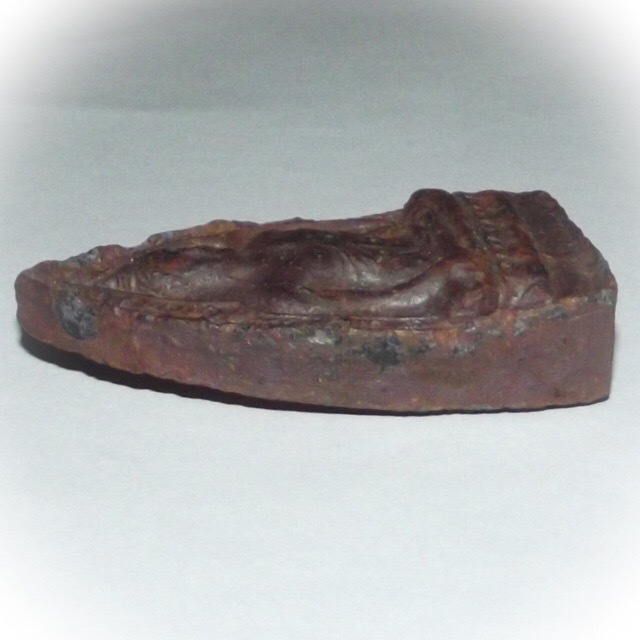 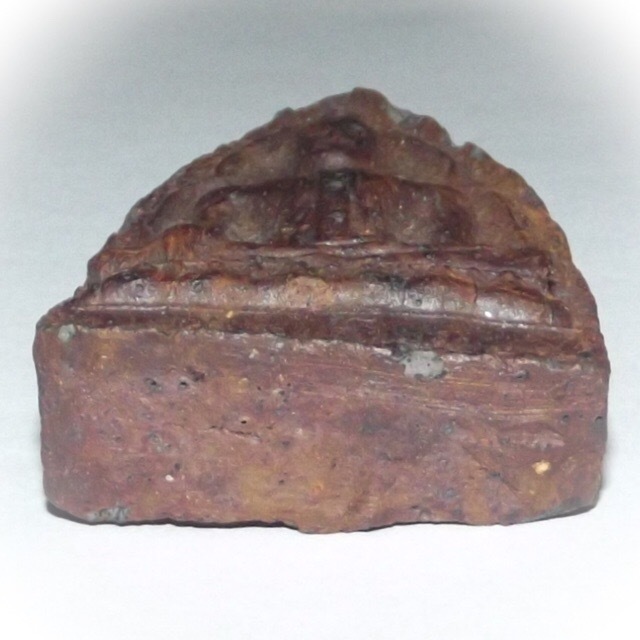 What we call 'Heirloom' type amulets, are Classic Thai Buddhist Amulets of Buddhas or Monks, or Classic Ancient Amulets such as Putta Chinarat, Pra Kring Buddhas, Benja Pakee Clay Amulets, Luang Por Ngern and other similar famous Buddhist classics. For Thai people, it is this kind of amulet that is eternal and not subject to popularity changes, and is considered the perfect family heirloom. 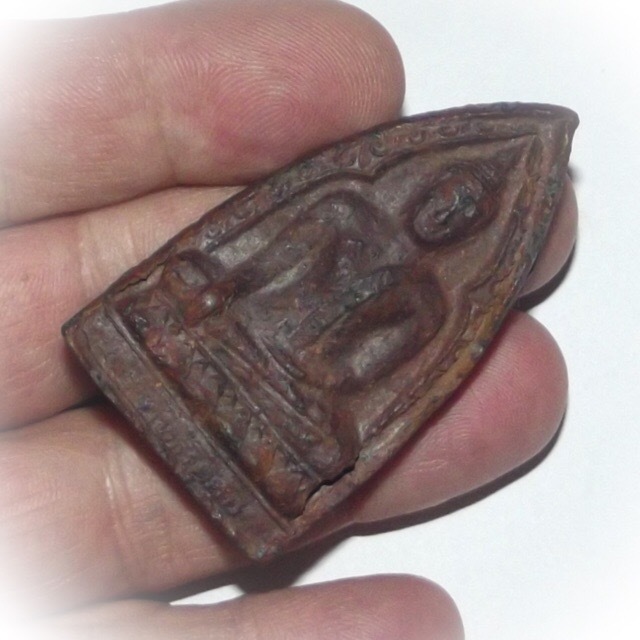 As each generation inherits the amulets, they become ever more sacred and part of a family tree passing the amulets down, that they become almost part of the Family. In fact they do become part of the family. Lik the thought that 'My grandfather gave this to my dad who gave it to me' increases the sacred and Family value of the amulet in the mind of its owner, and so becomes both a Spiritual Inspiration, and a Family Heirloom. 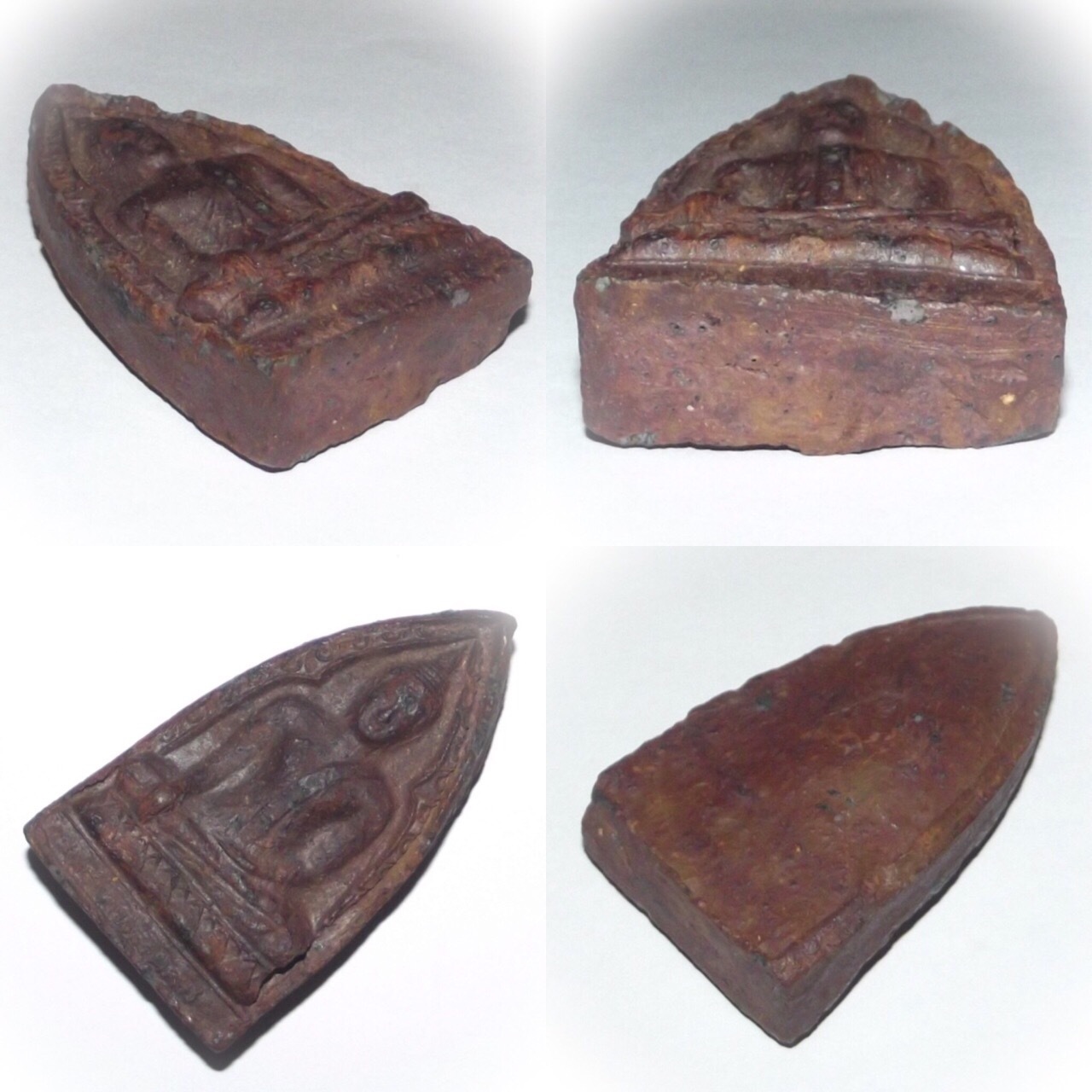