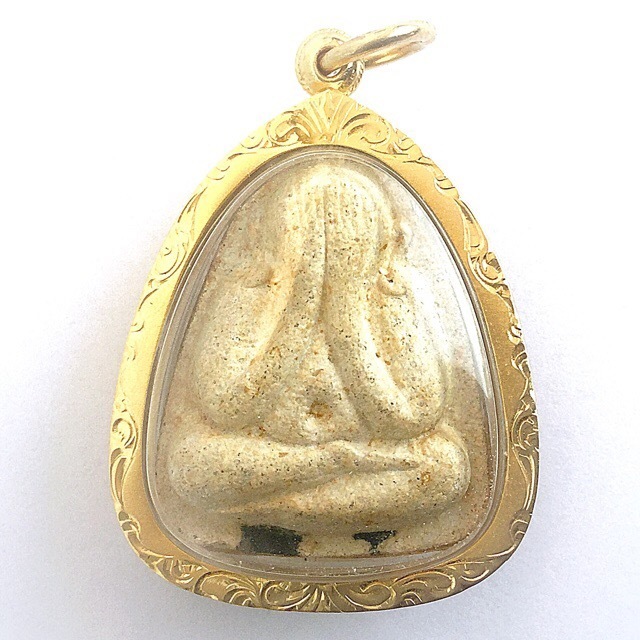 Proudly presenting a classic Masterpiece Amulet of World Famous International Fame and Acclaim, the Pra Pid Ta Maha Lap Hlang Na Ta Na Amulet, with Double Silver Takrut insert in Nuea Gaesorn (Sacred Pollen Powders), from the Great and Inimitable Luang Phu To of Wat Pradoo Chimplee. This model is 'Chae Nam Montr' (Received Prayer Water Spray and Immersion), which gives the Sacred Powders of the amulet a special fluffy texture, and white mildew. This amulet is extremely rare due to the fact that only about 2000 of this series were made for distribution.

Released 2522 BE with Luang Phu To performing his Empowerments and Blessings. The Pid Ta Maha Lap Na Ta Na Amulet has a different Yantra on the rear face to the Maha Lap Jumbo and Plod Nee Versions from the Traimas 2521-2523 Edition, and is a Highly Distinguished Amulet. its size, at 3 x 2.5 Cm is fitting for both Ladies or Men to wear. Solid Gold Waterproof Custom Casing is Included in the Price for this Amulet. 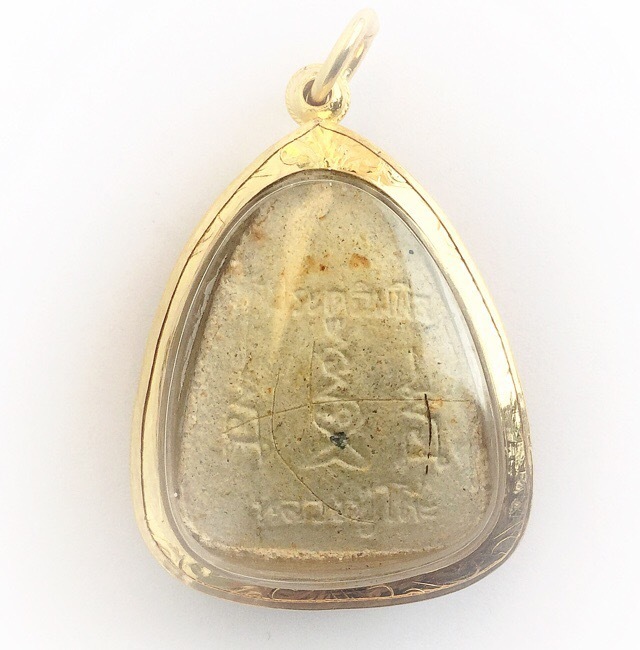 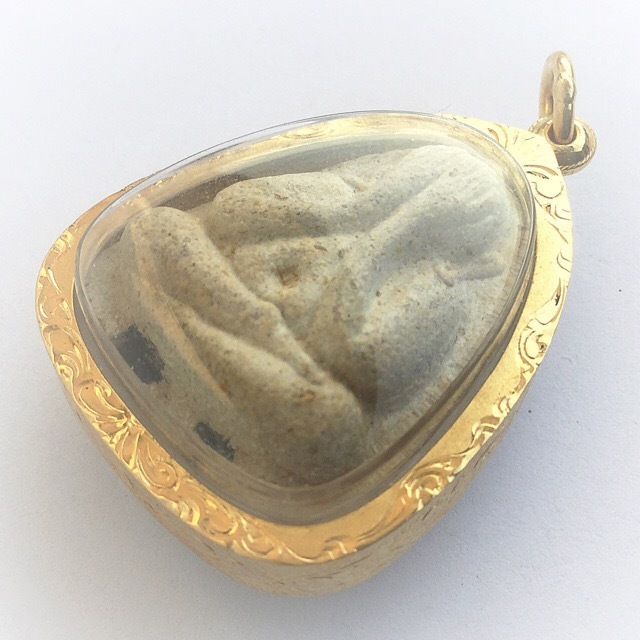 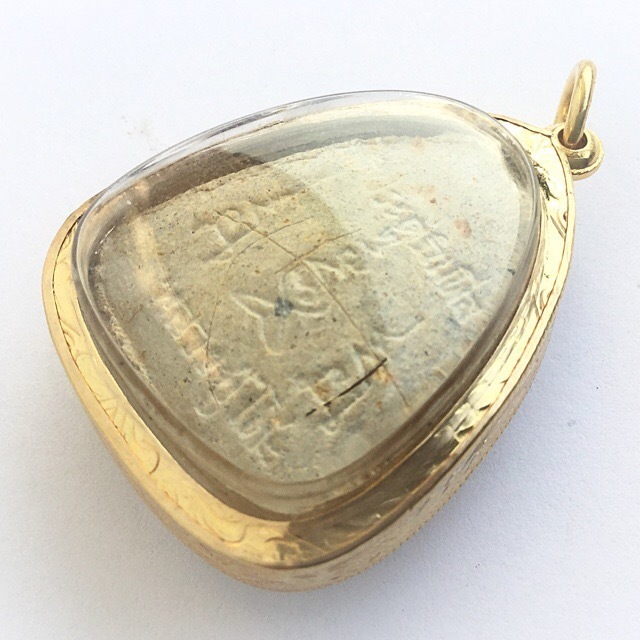 Below; The 'Gesa' (Hairs) of Luang Phu To are visible in the Muan Sarn Sacred Powders of the amulet. this is an essential aspect of investigating the Muan sarn of Luang Phu To Pra Pid Ta amulets, which always have a certain quantity of the hair of Luang Phu To in their mixture and visible on the surface to greater or lesser extent. 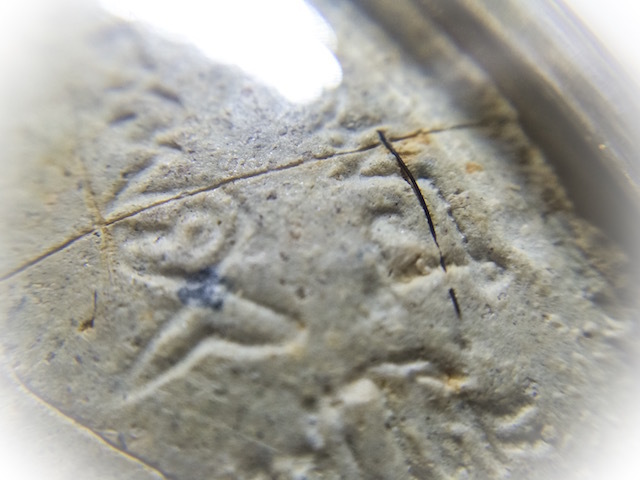 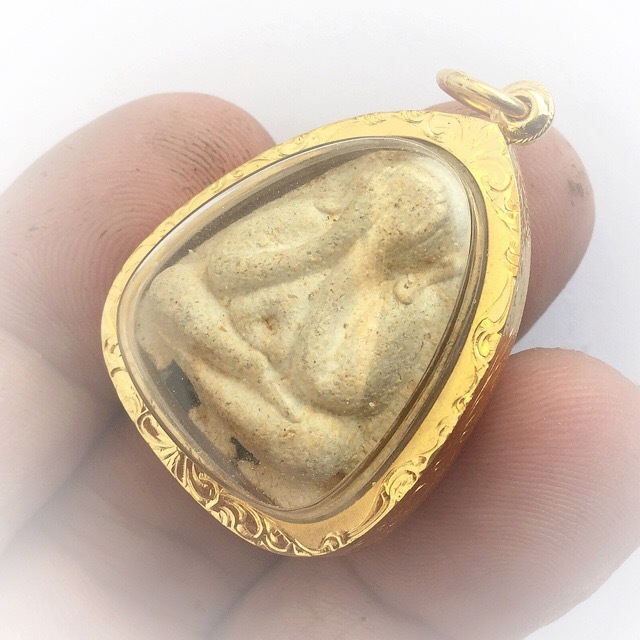 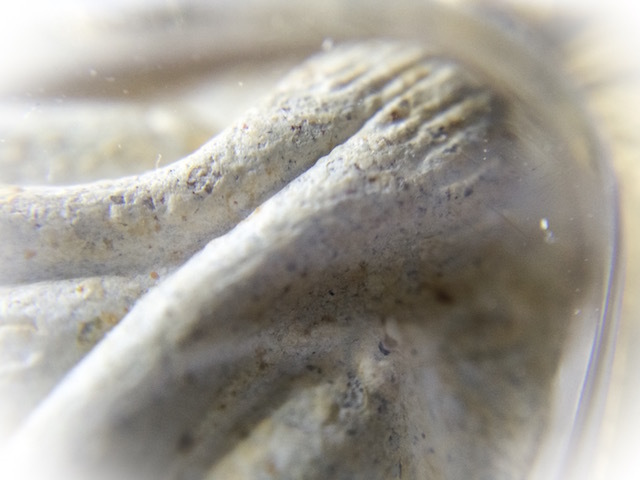 A Takrut spell is inserted into the base of the amulet. A defined ridge is seen where the legs cross at the ankle lines. The Sangkati Sash drapes over the left forearm of the Buddha Image with clearly defined lines, and blends with the chest in subtle fashion. The fingers are clearly defined and elongated. 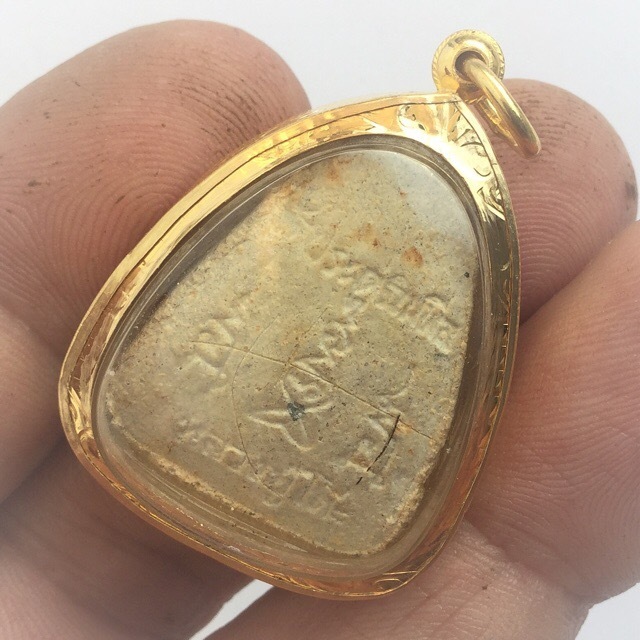 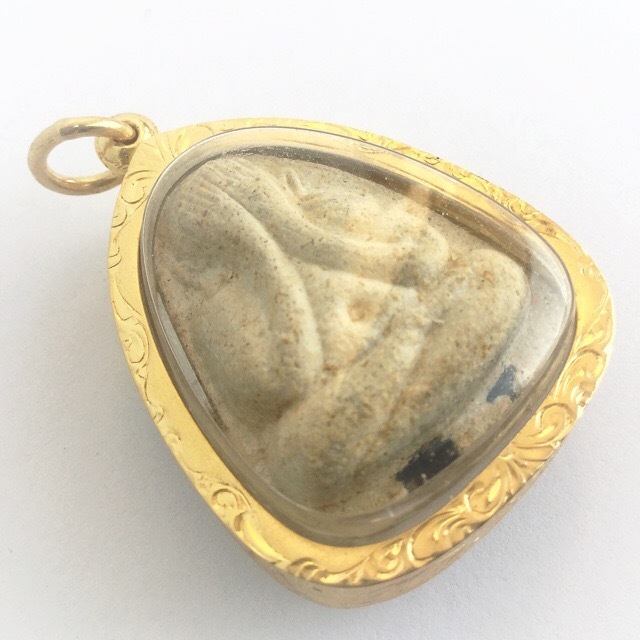 Those who seek Sacredness but do not wish to speculate on increasing value, or enter into show competitions for first prize, do not need to spend their money on a Master Classt Level Series Amulet, rather, can seek alternatives blessed by the same Master at lower price. Diligent study and research will assist you in making the wise choice according to your personal wishes and needs. For those who see the inimitable top class Master Piece however, this is amulet is the right choice for those whose budget permits it. This amulet can be found worn in Thailand by high ranking police, army, civil servants and politicians, who jealously guard them for their Sacred Power. 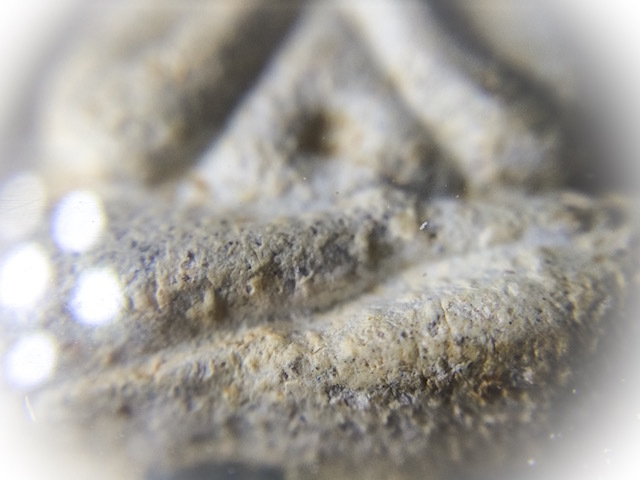 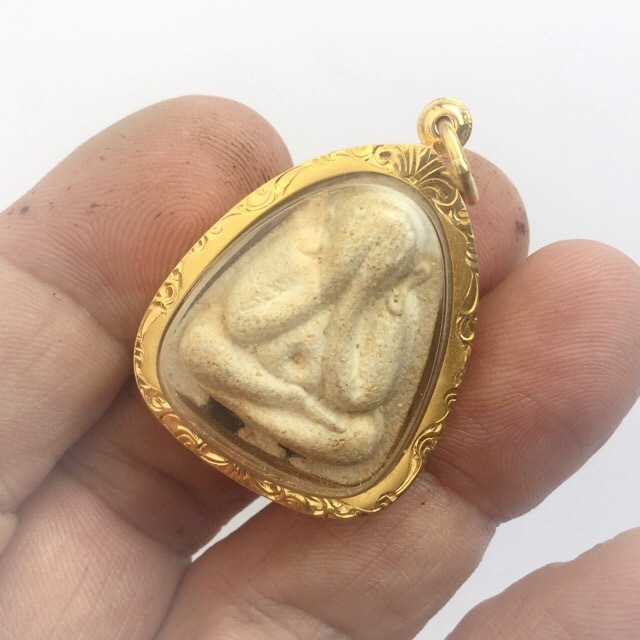 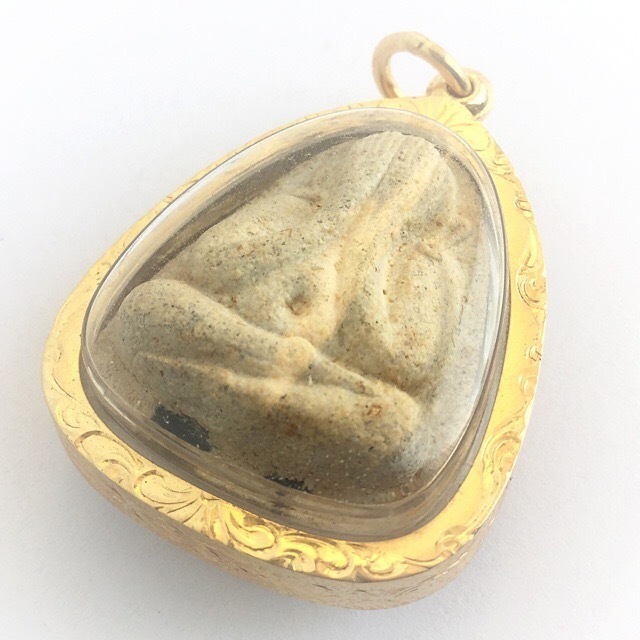 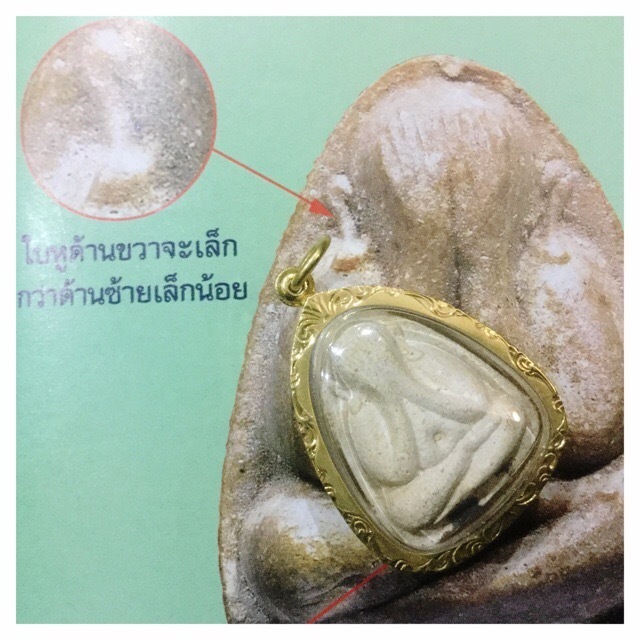 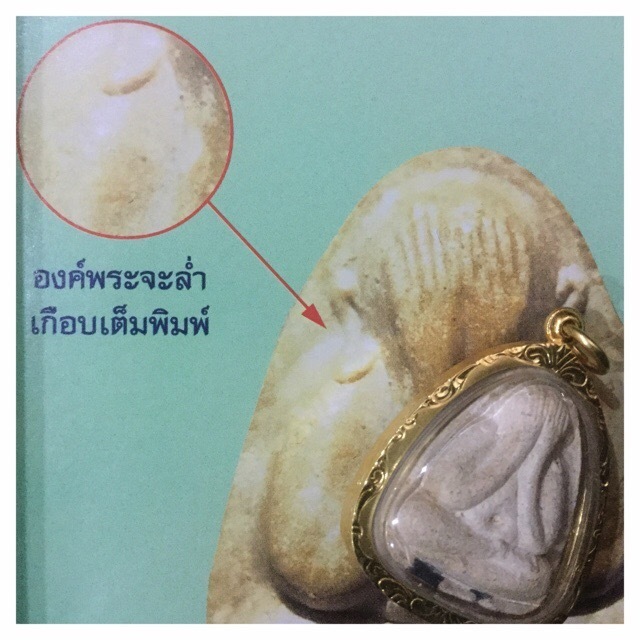 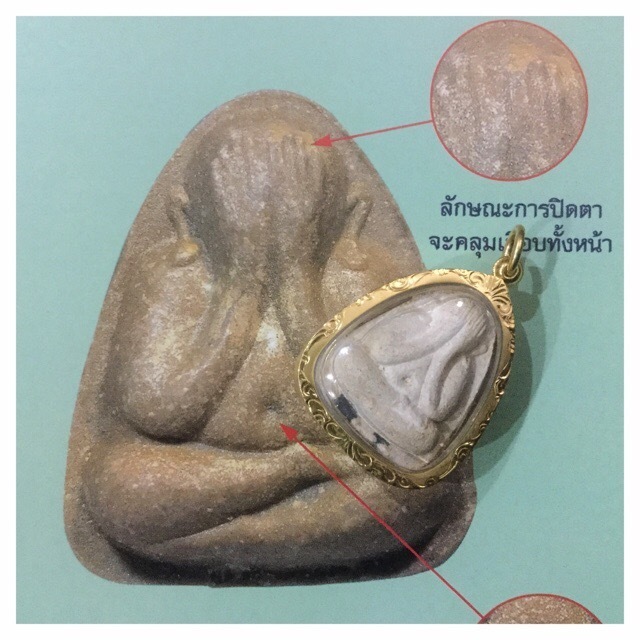