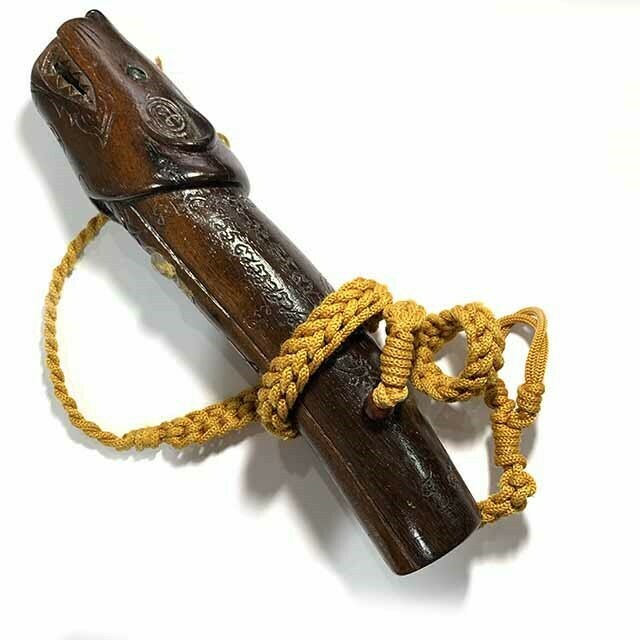 Special Jumbo size 10 Inch long Dtua Kroo Version of the all time Classic Civet-Head Palad Khik of LP Pina, with green gemstone emerald eyes, Kring Met Gan Fa Pha Bead rattle inserted within, and sea-pearl inserted into the belly, and hand inscriptions with gold leaf blessing, and a horde of Khom Agkhara Spell Inscriptions Sacred Na and the Yant Hua Jai Na Ok Dtaek. This Palad Khik is Jumbo size and heavy wood weighing in at 360 Grams, and has had a Chueak Kart Aew cord belt attached at some point in time. 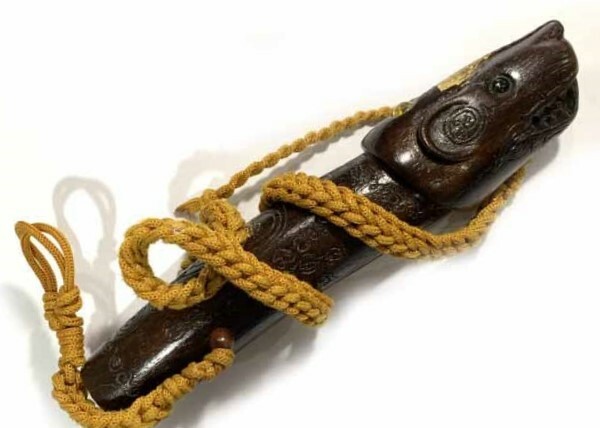 When speaking internationally, we behold here a very large and pristine example of one of the Most Famous Palad Khik amulets of all time, and one of the rarest and most sought after; The Palad Khik Hua Chamot Mai Gae carved wooden Palad Khik of Luang Por Pina (Wat Sanom Lao), with gemstone eyes, Met Gan Fa Pha rattle inserted within the body, pearl insert, and golden Takrut spell as the tongue 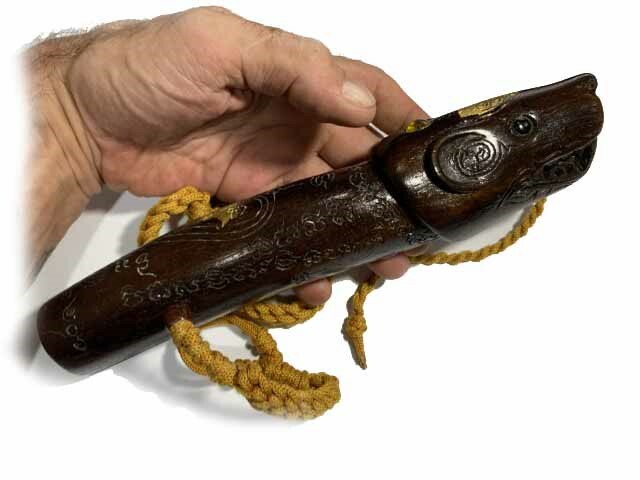 The Yant Hua Jao Na Ok Dtaek is inscribed on the shaft, with gold leaf blessing.. The Palad Khik is as is Ubiquitous with Luang Por PIna, empowered with hand inscriptions of the Sacred Yant Na Ok Dtaek, and the invocation of the four elements. 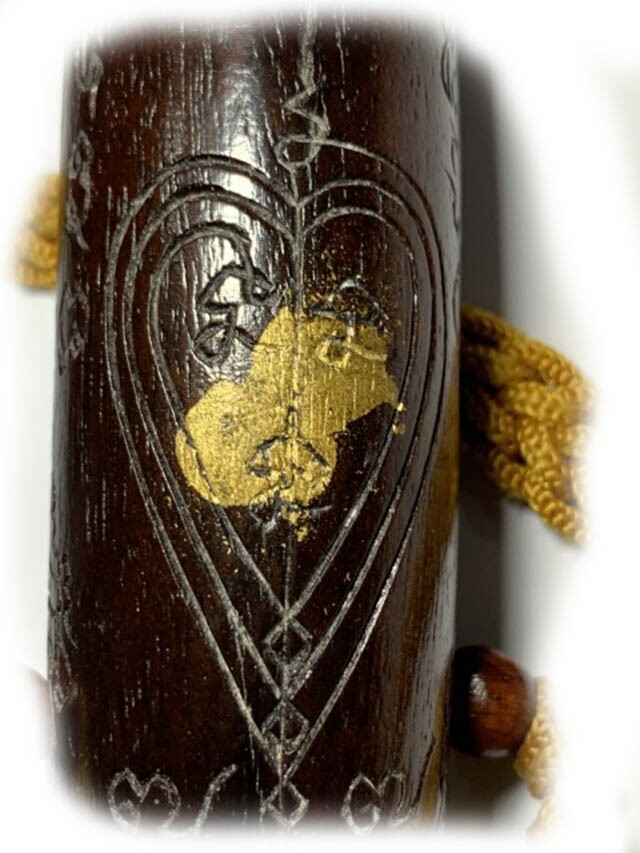 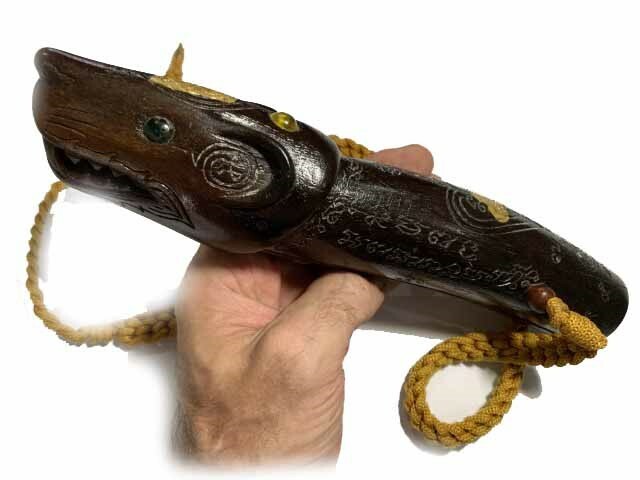 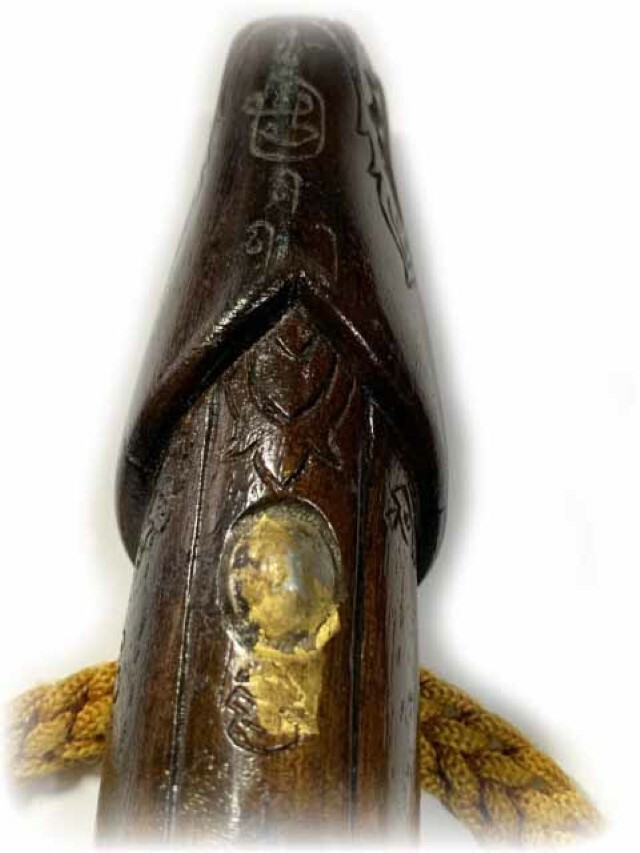 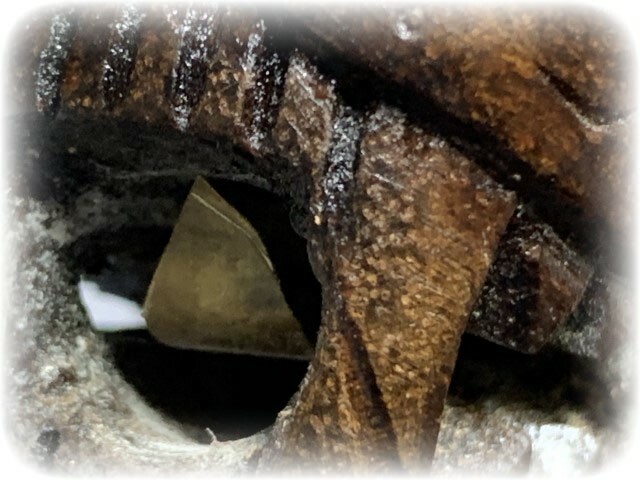 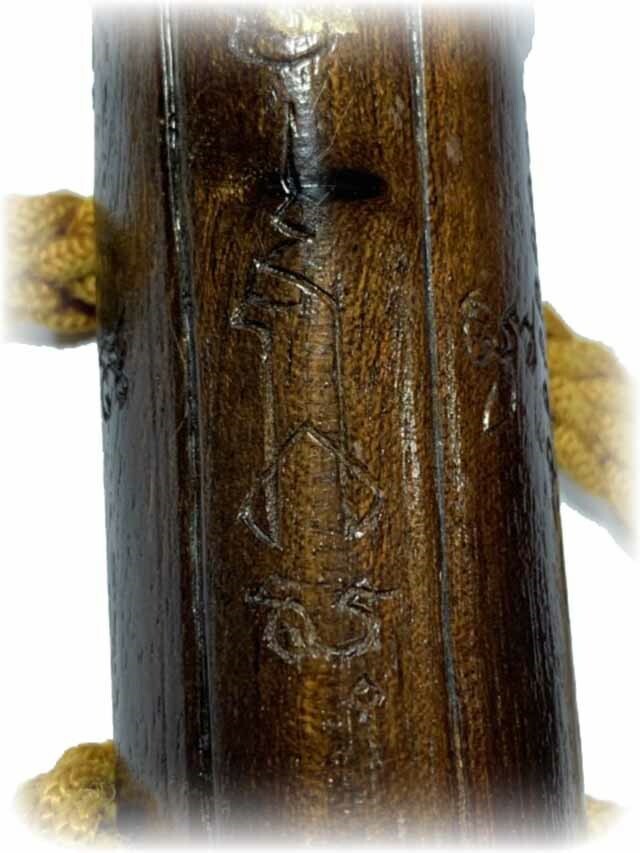 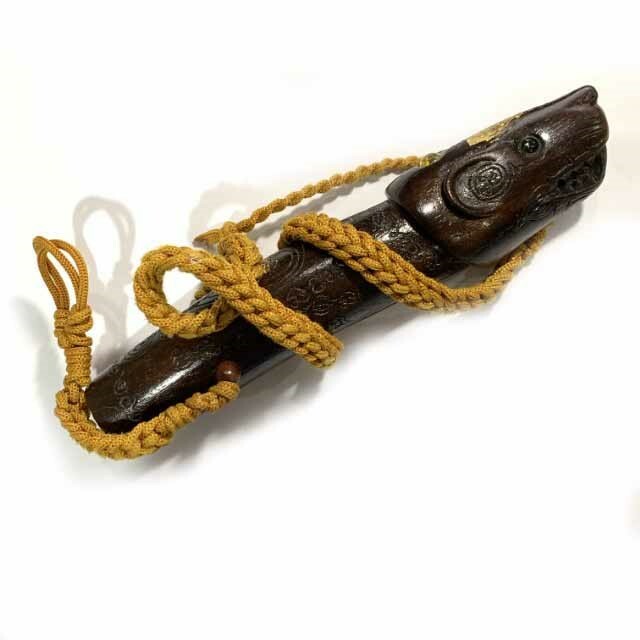 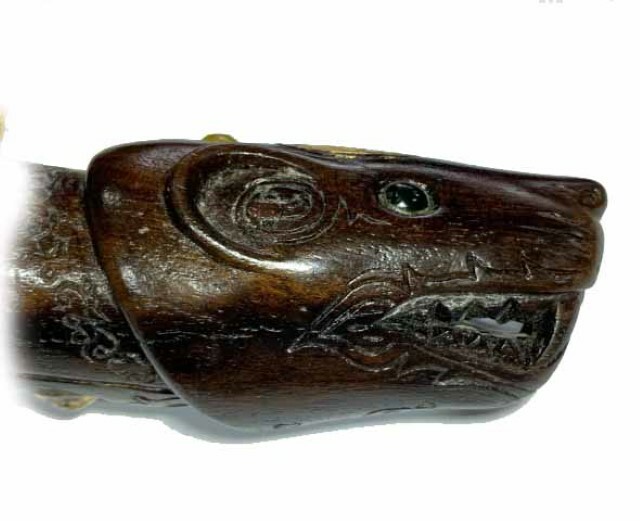 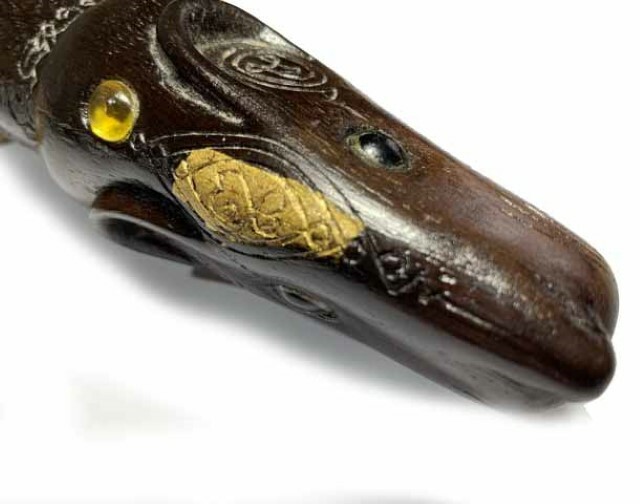 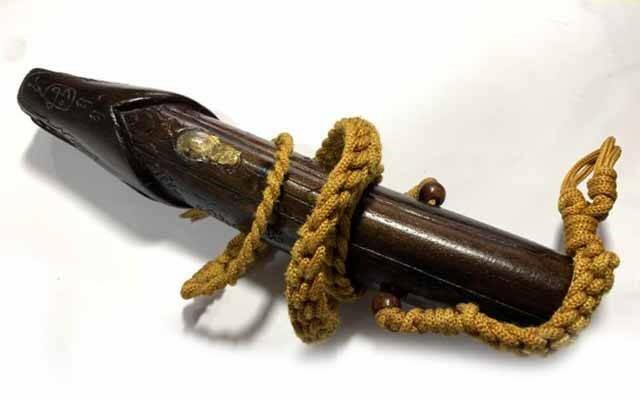 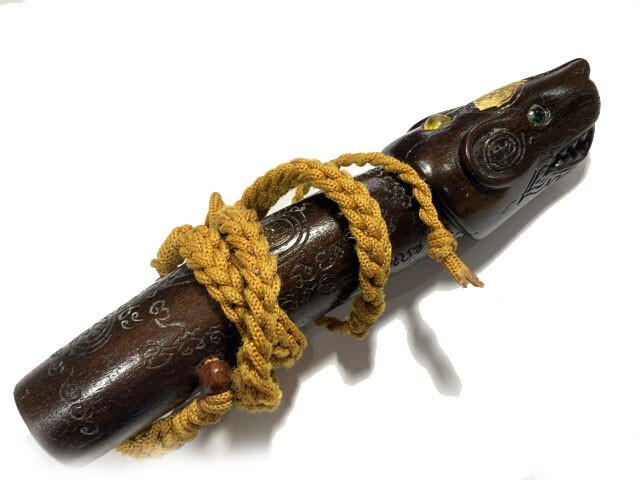 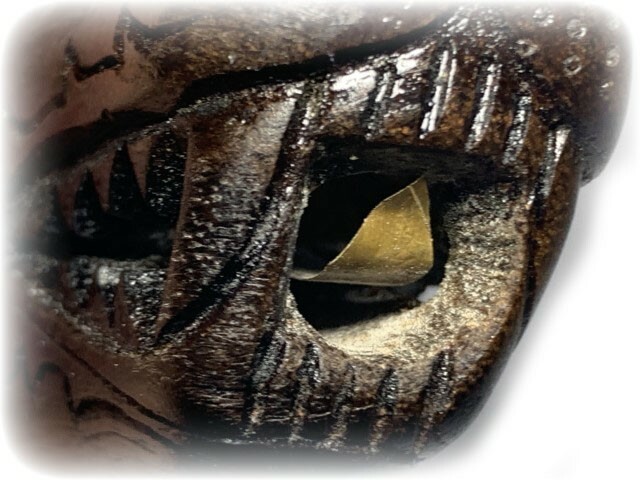 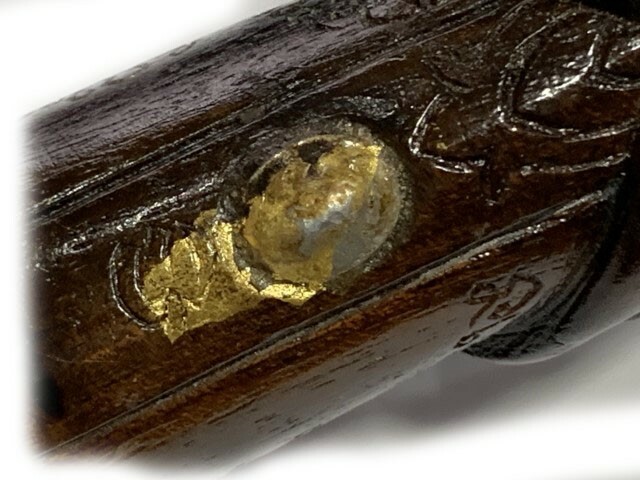 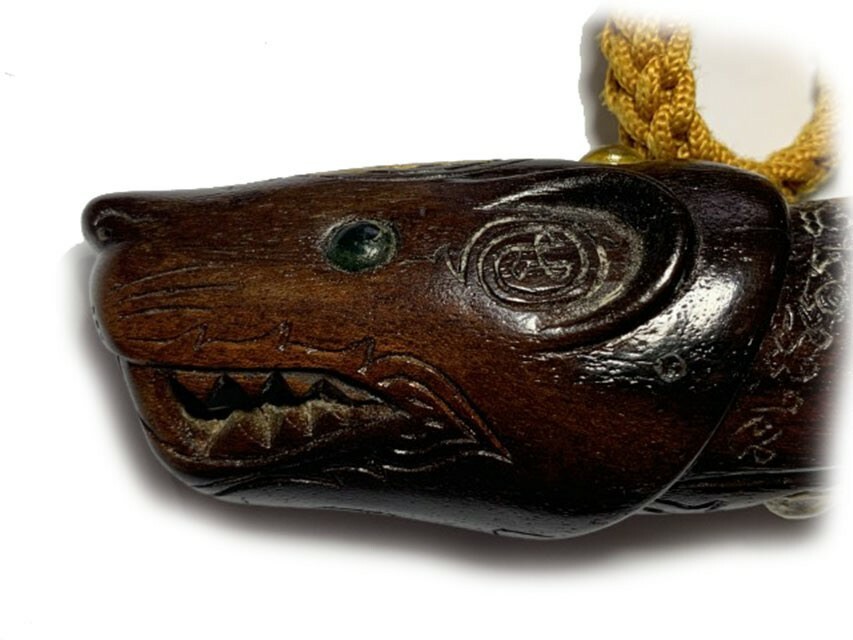 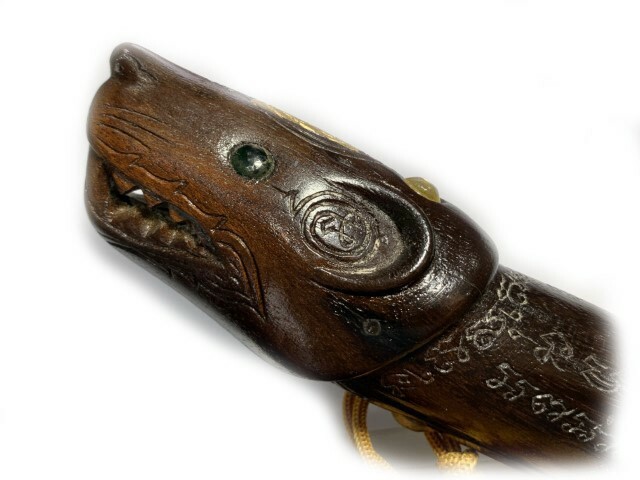 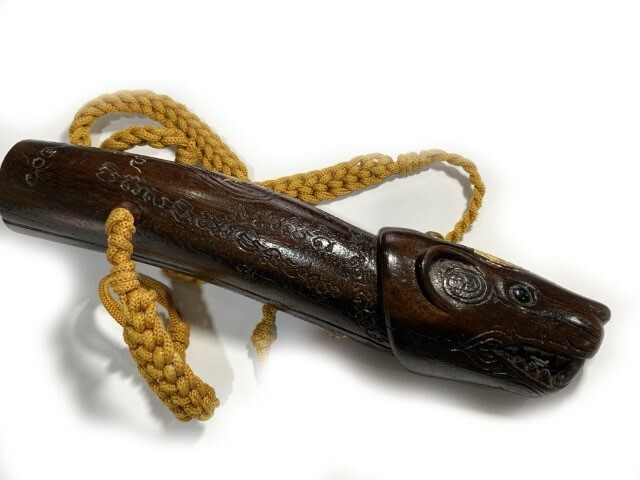 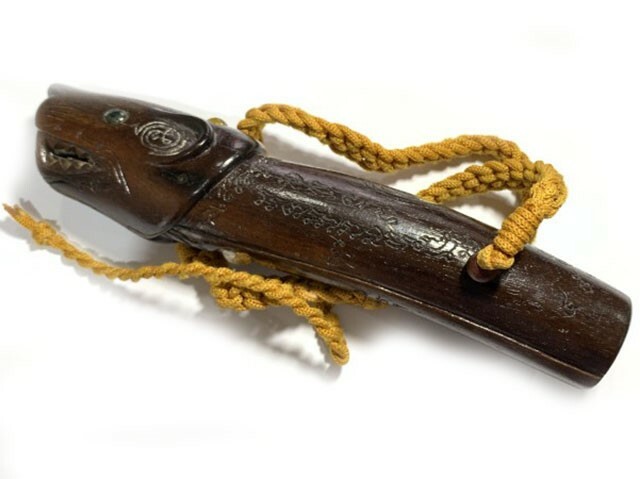