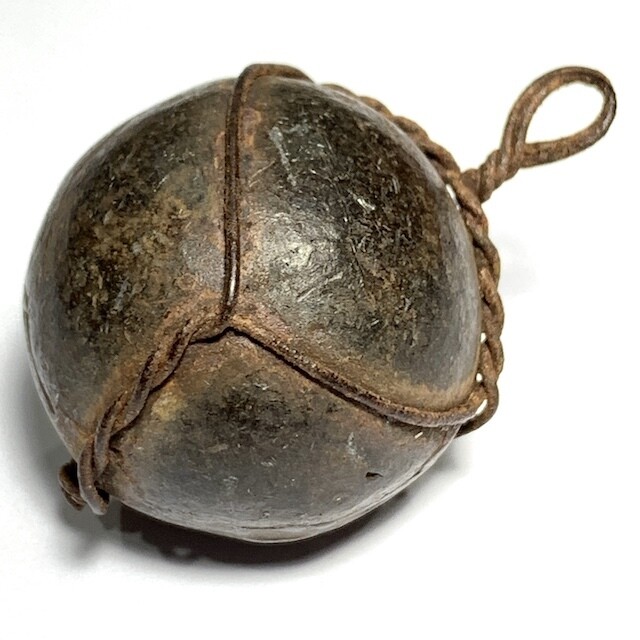 A Centenarian Amulet of immense rarity, and a very ancient and sacred Wicha, the Look Om Prort Gror Alchemical Leaden Mercurial-Metal Magical Charm, in spherical form with Kring Rattle within, to warn of dangers, and a copper wire brace for attachment as a pendant, from the great Luang Por Tap of Wat Anongkaram (commonly known as 'Wat Anong'). Free registered air parcel shipping worldwide is included with this item 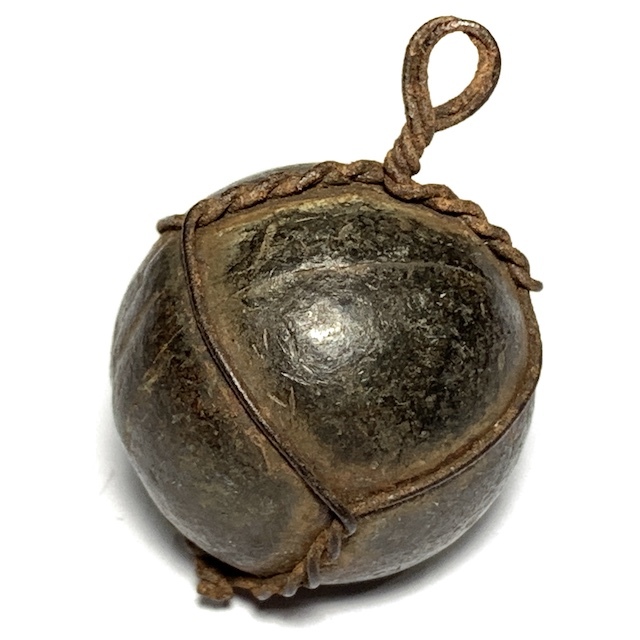 In Olden days, the warriors on the battlefields would use a Look Om Prort Gror to insert into the ground when sleeping, so that if any horsemen approached, the Kring rattle within the Prort Gror would rattle and vibrate, awakening the warrior, in time to escape or defend himself.

Luang Por Tap was an Olden Days Master Monk of the 24th Buddhist Century (2), who was highly renowned for his Mastery of Alchemy, and Kata Akom Spellcasting Methods. Luang Por Tap At that time, Somdej Pra Puttajarn Nuam was the abbot of Wat Anongkaram, and Luang Por Tap was a 'Look Wat' (one of the temple monks), but in truth, Luang Por Tap was much an elder monk to the abbot himself, and much more advanced in his practices. 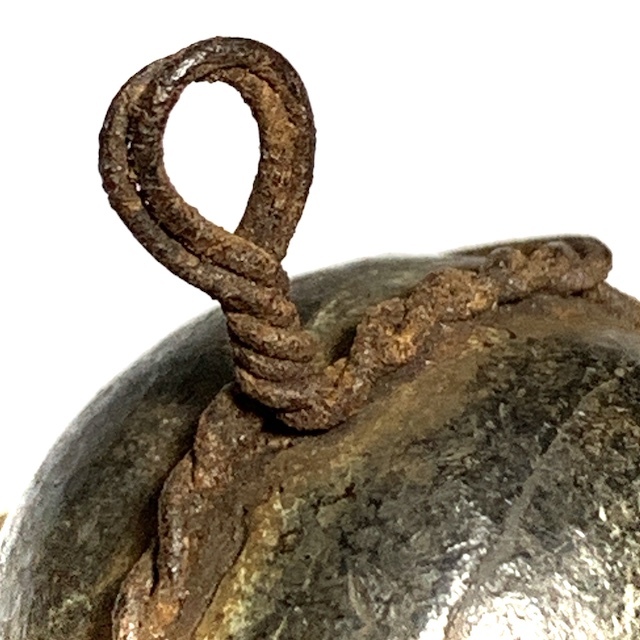 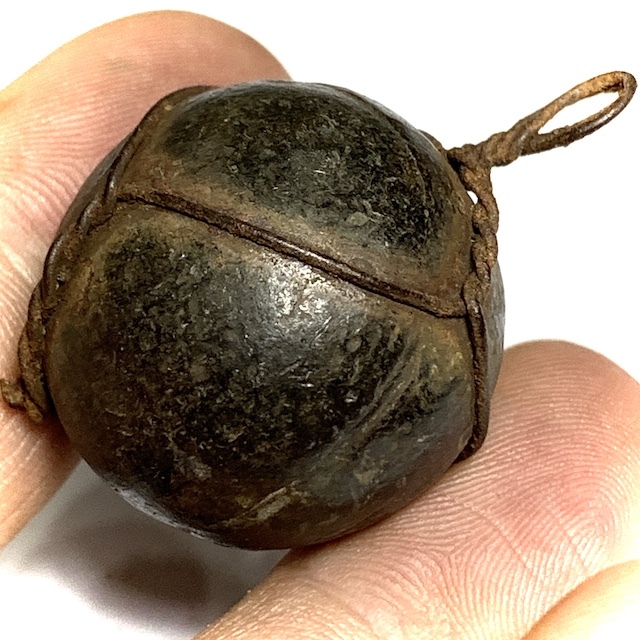 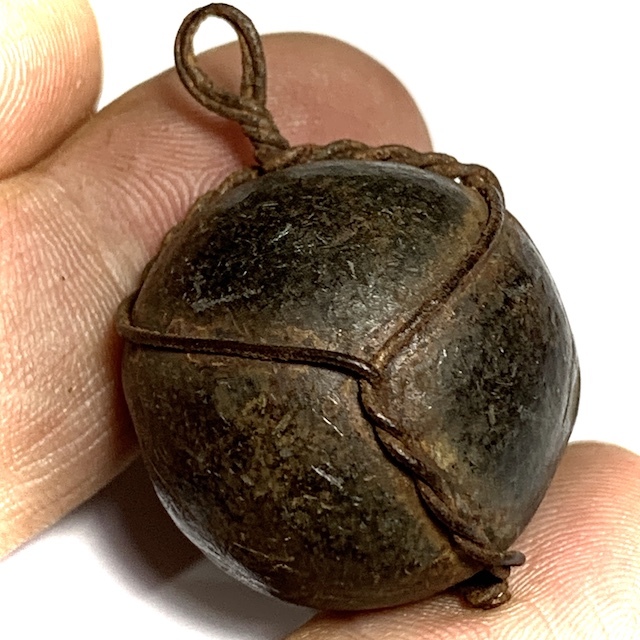 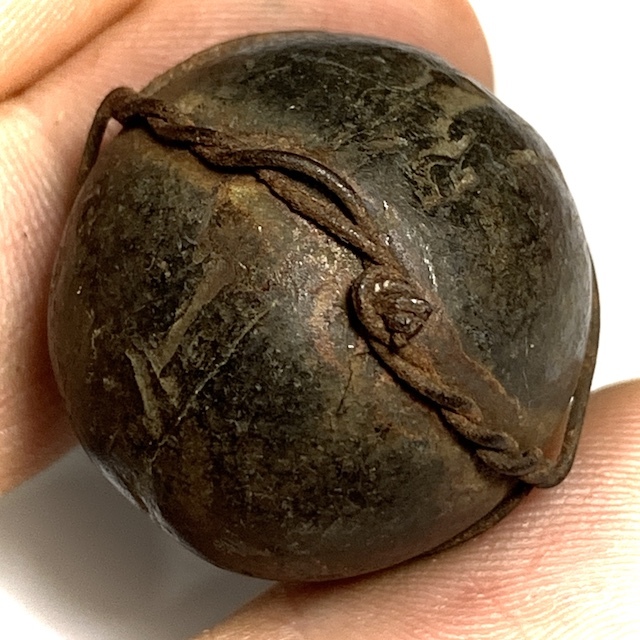 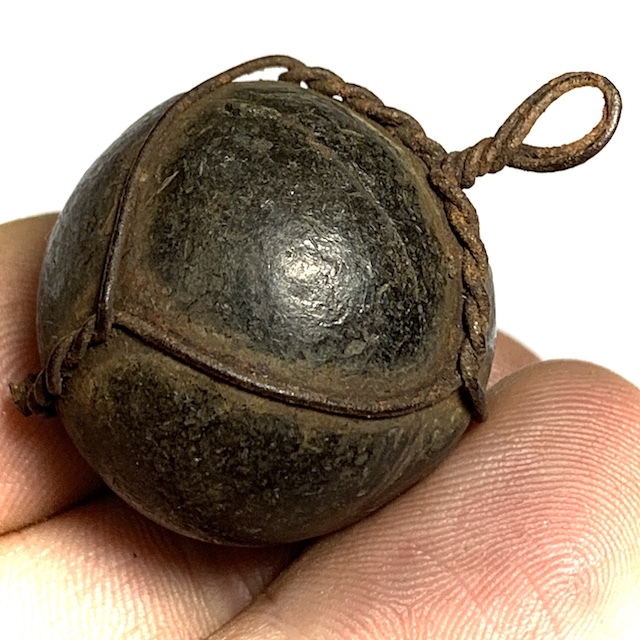 Luang Por Tap also inherited the Wicha Hung Nam Man Montra Saksit, for making Sacred Consecration Oil, from his Kroo Ba Ajarn Luang Por Nuam (6th abbot of Wat Anongkaram). Luang Por Nuam's amulets are even rarer to find than those of Luang Por tap himself, but it is Luang Por tap who gained more National and International Attention. The first edition Rian Run Raek of Luang Por Nuam is especially sought after and carries an immensely high market value in the present era. However, only a few were ever made, and so they are very rarely seen. 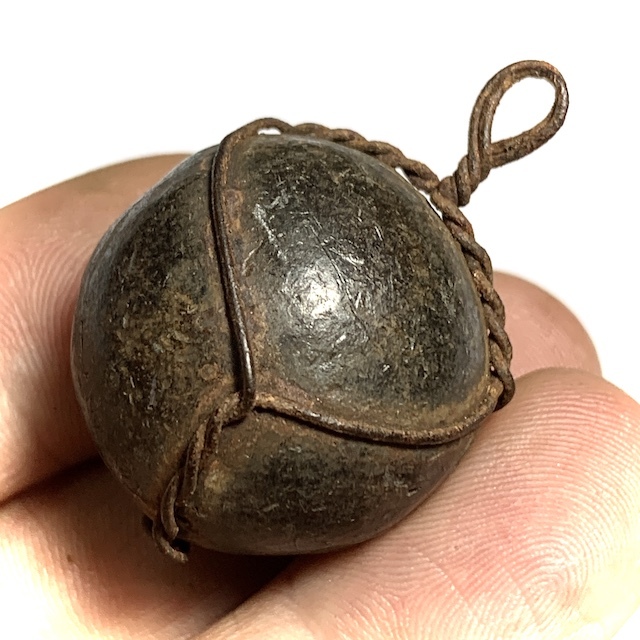 Luang Por Tap was also known to have been a close accomplice to Pra Sangkarach Pae of Wat Sutat, and Luang Phu Sukh ( Wat Pak Klong Makham Tao). it went on record many times that every time that Somdej pra Sangkarach (Pae), would make an edition of the world famous Master Class Pra Kring and Pra Chayawat Wat Sutat, he would always invite Luang Por Tab to come and assist in the Buddha Abhiseka, and Nang Prok Empowerment Ceremonies, as a monk of Adept Sorcery. 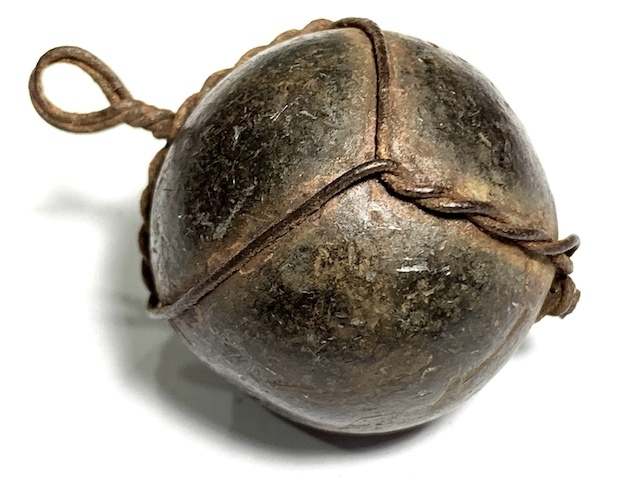 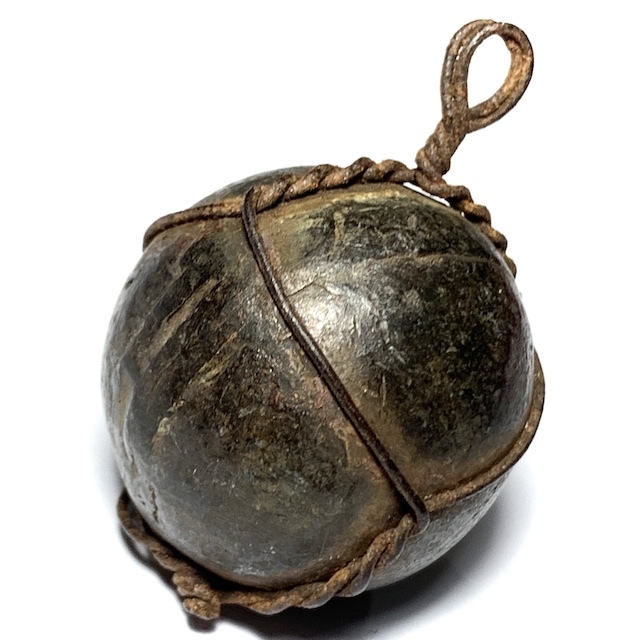 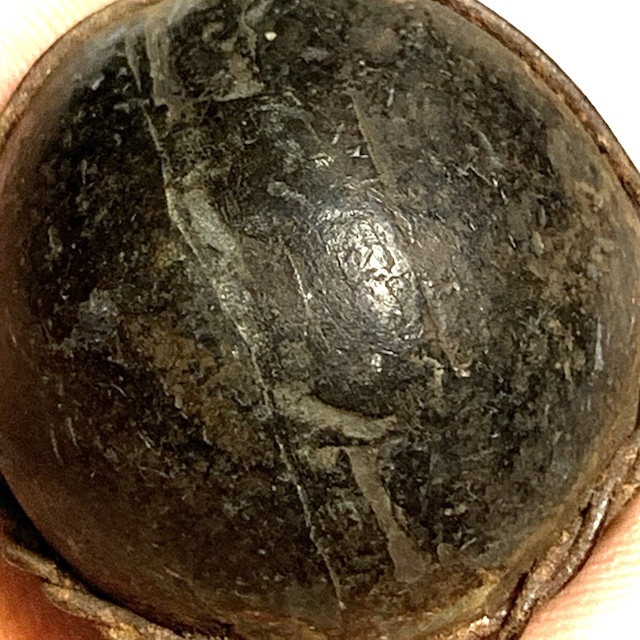 The Look Prort Gror is often mis-named as the Look Om Maekasit, but differs in the fact that it is a hollow metallic ball with a Kring Bead inserted, which is an ancient Wicha of the Northern Thai Lanna Sorcery tradition, which Luang Por Tap Must have picked up from Masters he met on his Tudong travels.

The Look Om Prort Gror is made by layering thin strips of metallic Yantra foils over each other to make a spherical shape, and forged through secret magical methods into a solid ball, yet mysteriously hollow within, with a solid Kring bead rattler within, which is believed to be a piece of Lek Lai Kaya Siddhi Elemental Substance. 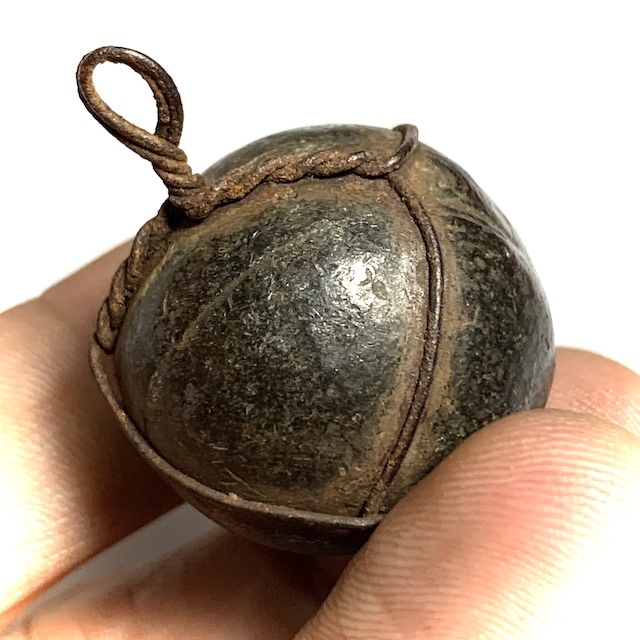 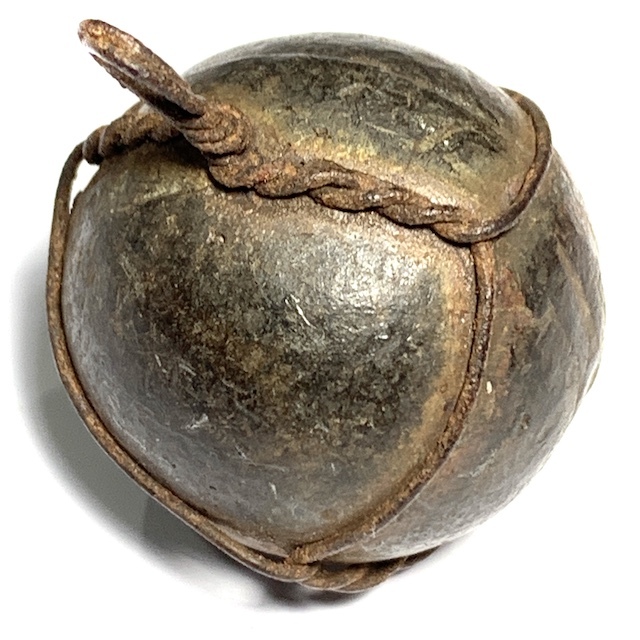 A very few are found with a Yant inscribed on the rear face, which are among the rarest of all his amulets, and considered to be World-Class Pim Niyom Masterpieces. Luang Por Tap made his powerful Maekasit amulets up to his passing in the year 2480 BE, making his pantheon now a centenarian collection from over a Century ago. The Amulets of Luang Por Tap, are highly revered for Kong Grapan Chadtri Klaew Klaad Maha Lap Metta Mahaniyom Maha Ud power. 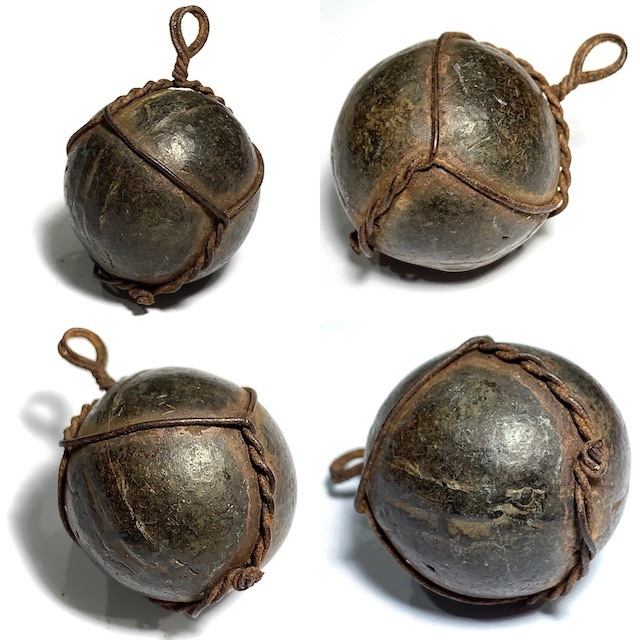