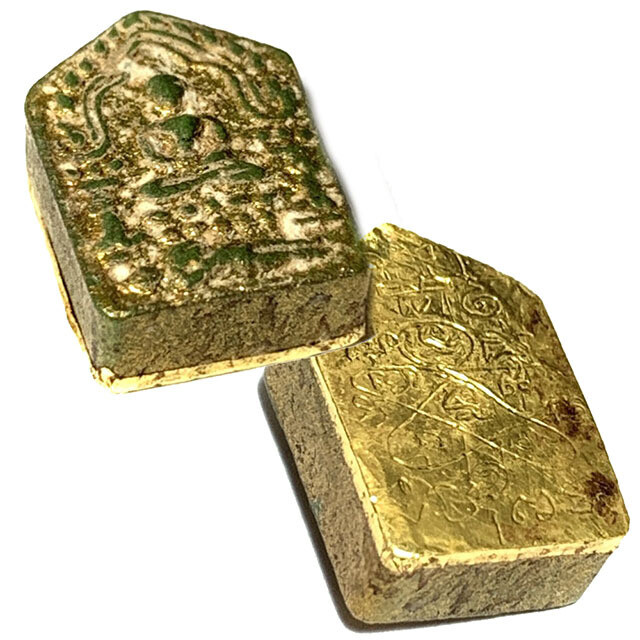 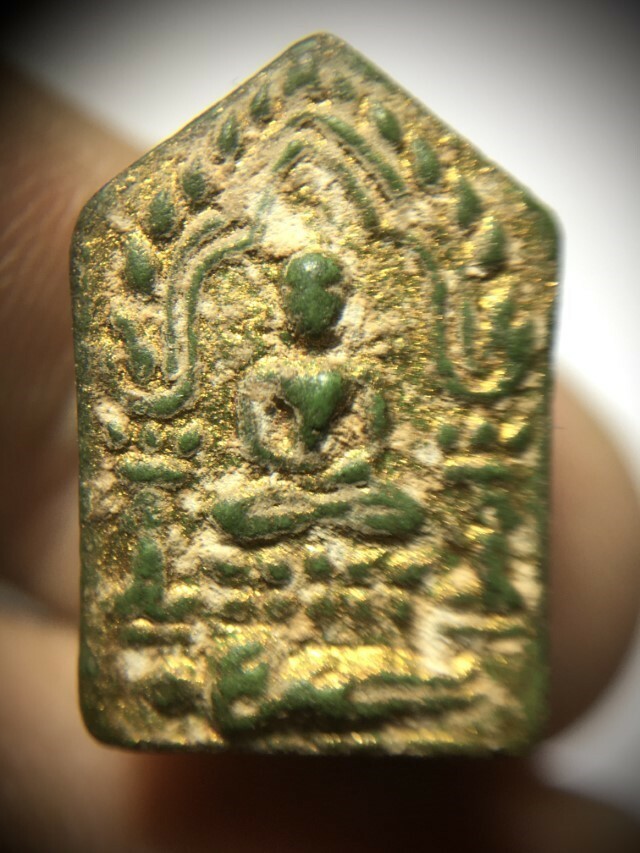 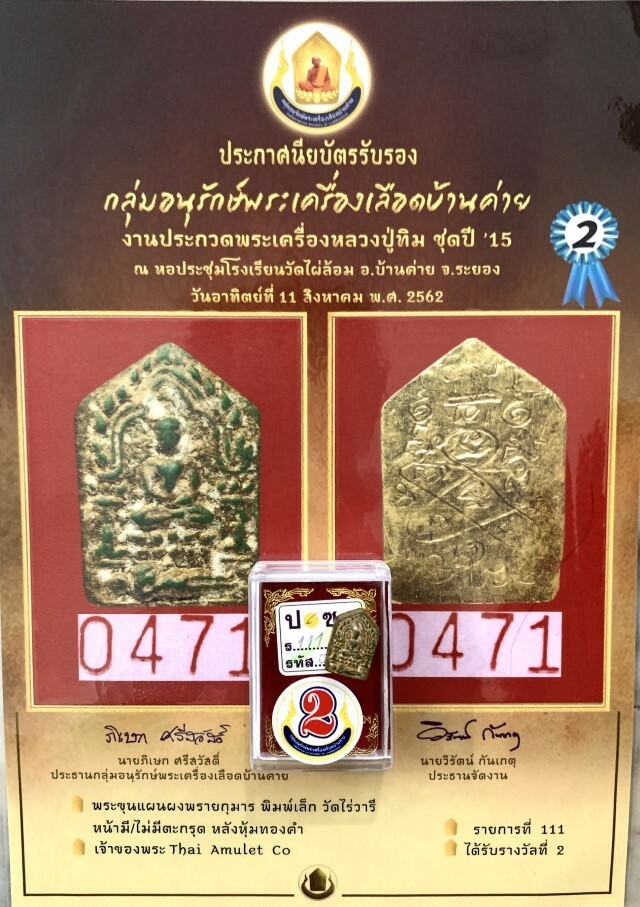 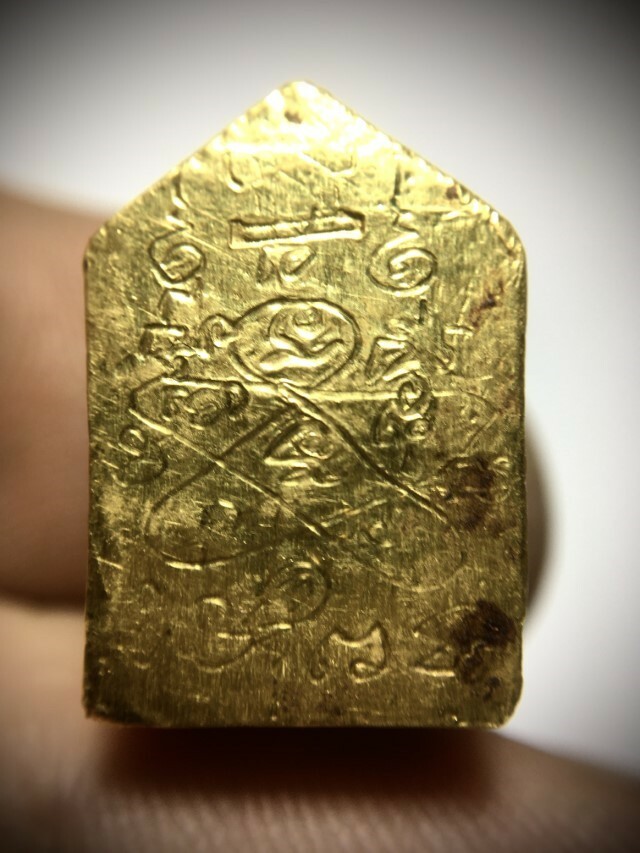 This amulet will be sent to the owner with its official Certificate, and comes with Free express Shipping Worldwide included in the price. Ancient Amulet also always gives free gifts with all orders, so you can expect to receive an amulet of high esteem as a gift included in the parcel too. After purchase, the downloads section of your account will have the Kata Bucha Luang Phu Tim Wat Laharn Rai (Chanting Tutorial) as an mp4 file for you to download and practice. For this reason we recommend you make an account with us before buying, so you can access your extra downloads from your store account when you buy things. 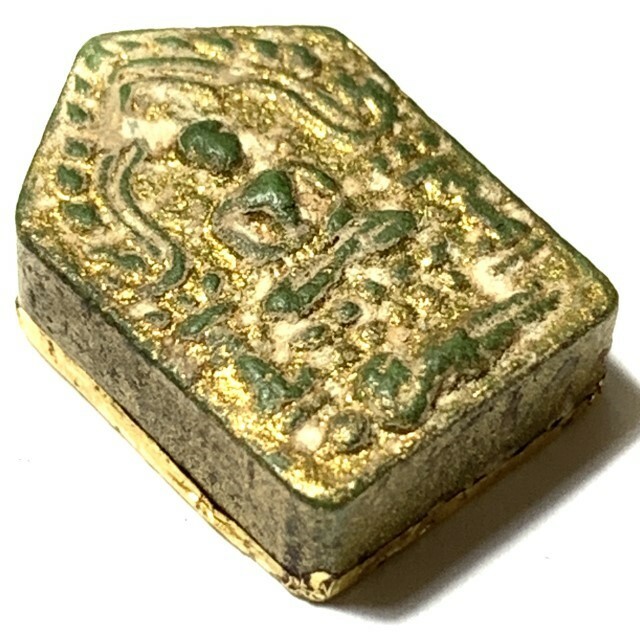 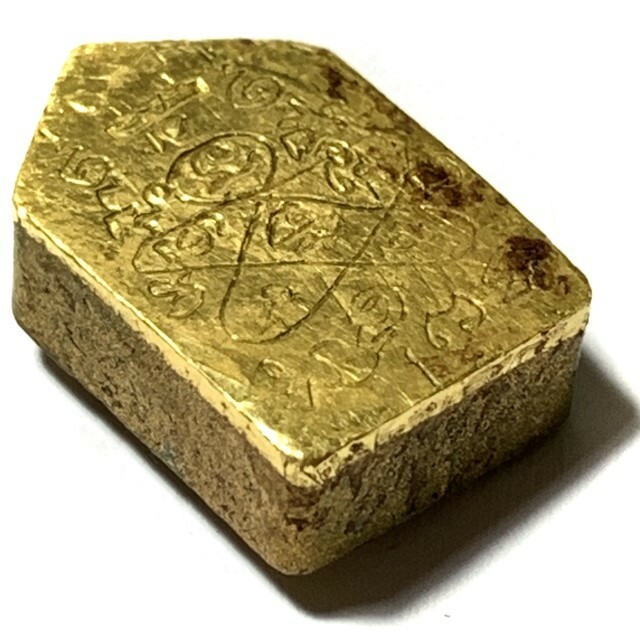 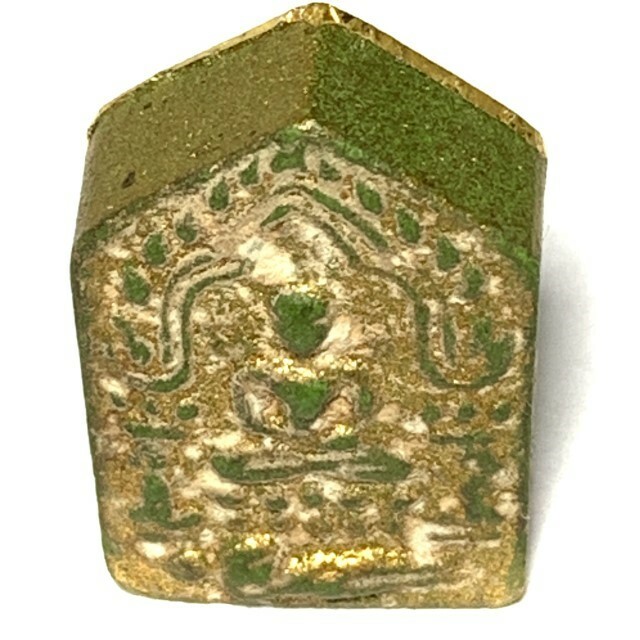 It is said that whoever has faith in Luang Phu Tim and truly believes in his amulets, will receive immense luck and professional success witrh rapid results, and constant improvement. The magic depends on faith, and it is said those who have true faith in his amulets, will experience the highest blessings almost immediately after beginning to wear and Bucha his amulets. So many devotees have confirmed this from their own experience, and this is what brought his amulets to become so legendary (popular feedback). 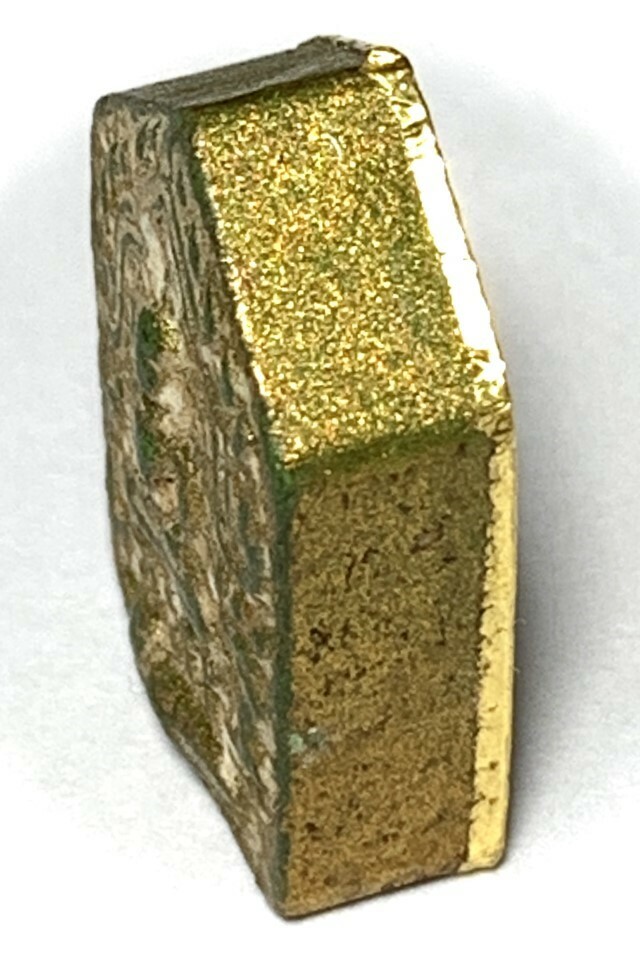 Below; this amulet (Official registry number #0302) comes with A4 size certificate second prize winner, and of authenticity from the Amulet competition of the Samakom Anuraks Pra Krueang Luang Phu Tim Luead Ban Kaay amulet appreciation association, and complimentary box with the second prize ribbon sticker, which we will send with the amulet for you to keep and frame. We also plastify the certificates in sealed transparent plastic for you, to avoid damage. 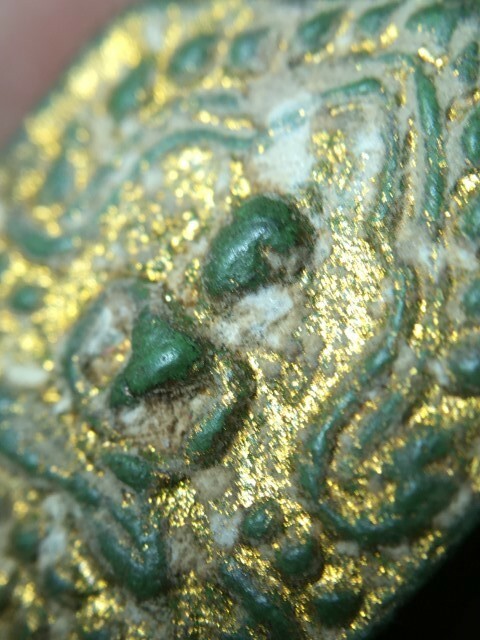 This amulet is a Pristinely kept exhibit of an all time Pra Niyom Master Class Amulet of the High End Category, the Pra Khun Phaen Pong Prai Kumarn Pim Lek Wat Rai Waree. The temple changed its name from Wat Rai Waree to Wat Laharn Rai, in the year 2515 BE, which means this amulet is Pre 2515 BE release. 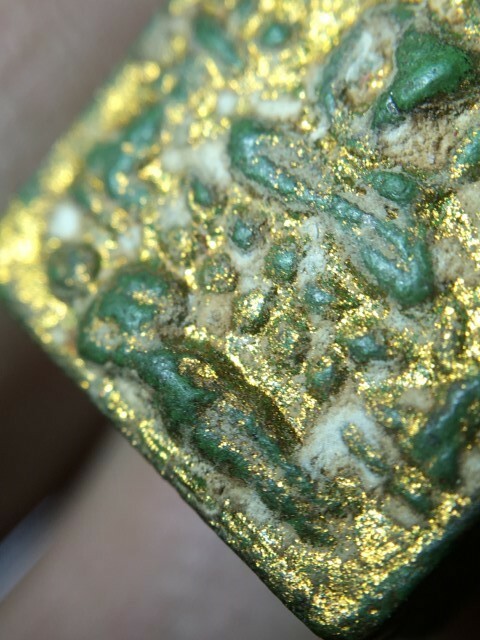 Many of the so called 'expert' Sian Pra Niyom of the Bangkokian Monopolists like to present this amulet as a 'Block Raek' first block press of 2517 BE, which is a fallicy, as the temple was already called Wat Laharn Rai, in 2517 BE, and the name on the back of this exhibit is 'Wat Rai Waree', which means 'Pre, and up to 2515 BE'. This exhibit is in excellent condition and well kept, with highly refined details and features, and has an extremely attractive purplish-red tone, with a golden sheen, that attracts the eye with its seductive beauty. 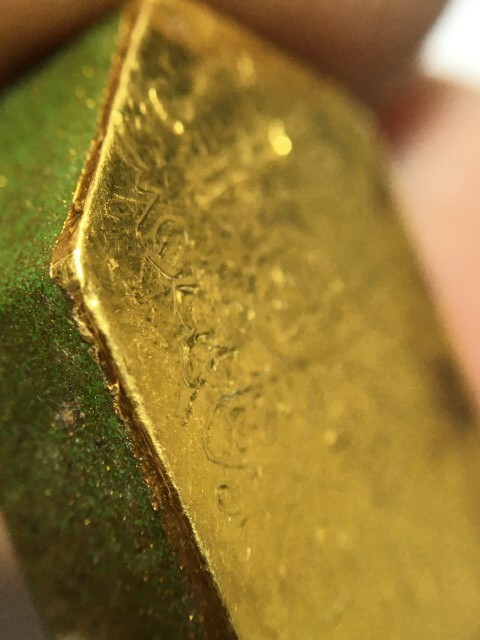 Below; Amulet Talk, with Narrative from Ajarn Spencer Littlewood, revealing the Rhetoric behind the truth of the fact, that the Pim Lek Wat Rai Waree is a Pre 2515 BE Amulet, and not as the Tha Prachan, and Ngam Wong Wan Pantip Bangkokian Monopolists claimed it to be made in 2517. The oversight also reveals the low levcel of study and thought which the Bangkokian Monopolists put into their rhetoric, which is so easily destroyed in the below podcast with pure logic. 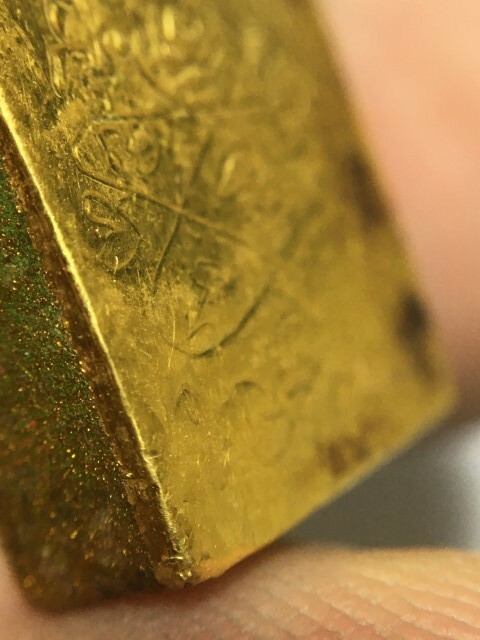 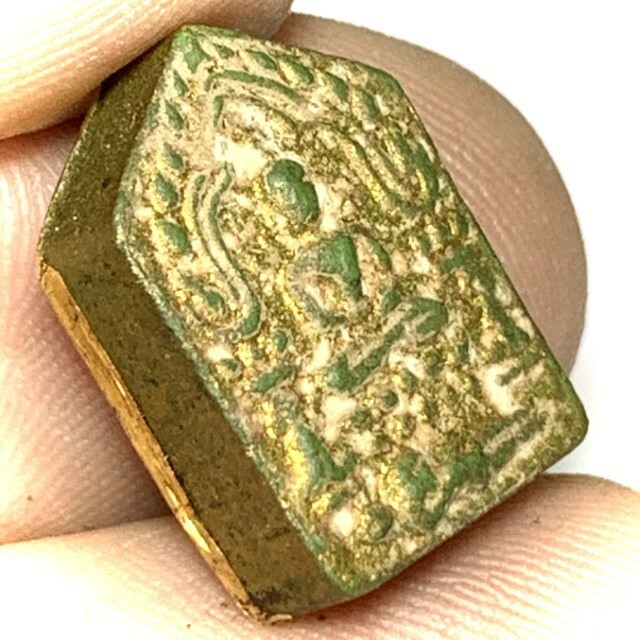 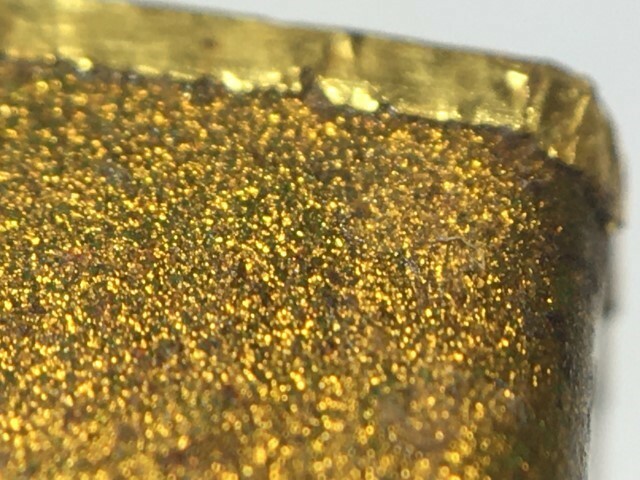 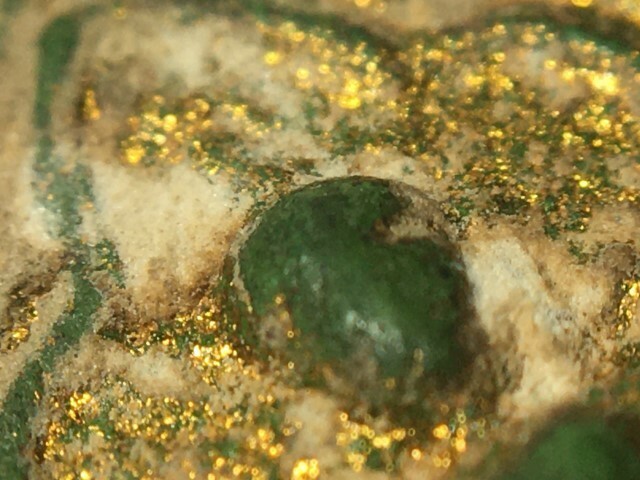 This all-time classic Original Wat Laharn Rai Release of the Sacred Pra Khun Phaen Pong Prai Kumarn of the Great Luang Phu Tim of Wat Laharn Rai is one of the most famous amulets of all time, and highly renowned for its true power to bring prosperity and good business, power of attraction and mercy charm to the wearer. The reason this amulet became so world famous and popular, even in the time when Luang Phu Tim was still alive, is because everybody who owned one, recounted that business and personal success and prosperity had increased constantly and steadily since wearing the amulet. 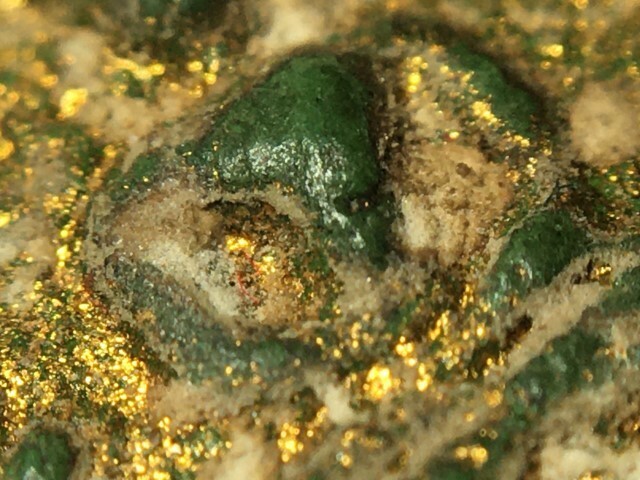 This particular second prize winning exhibit of the Pra Khun Phaen Pong Prai Kumarn Pim Lek Wat Rai Waree has pristine features, and is (as usual with the amulets we select for you), an 'Ongk Kroo Doo Ngaay', the amulet is easily identifiable for its classic appearance, with no visual discrepancies. One can perceive the evident presence of authentic Pong Prai Kumarn Luang Phu Tim, which is risen to the surface of the amulet with their greenish white substance which has risen to the surface through the interior of the sacred clay. 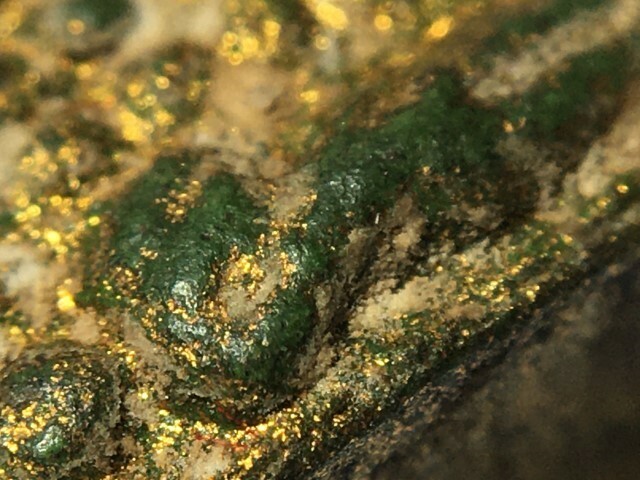 All of Luang Phu Tim's amulets are equally Sacred and Powerful in their own way, regardless of which edition or which temple he blessed them at, and some editions are much more affordable than others. But we, as do all Amulet Appreciation Fanatics, recognise the categories of preference within the heirarchies of different editions, which is for us one of the more subtle and fascinating parts of the study of high end amulets within the collector scene, and part of the fine art of learning how to recognise and value Sacred Amulets of High Preference and Rarity. 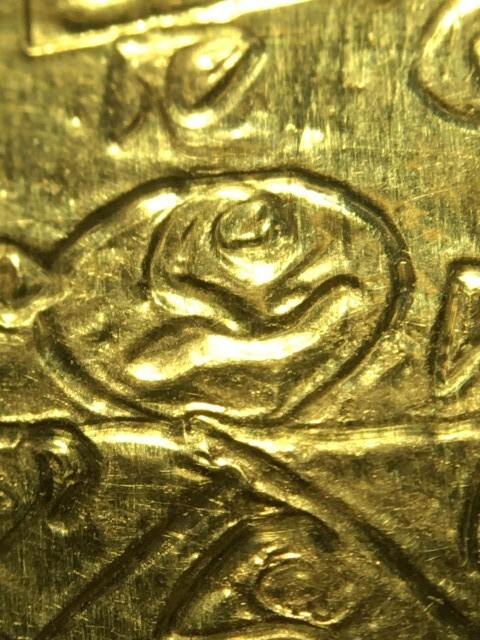 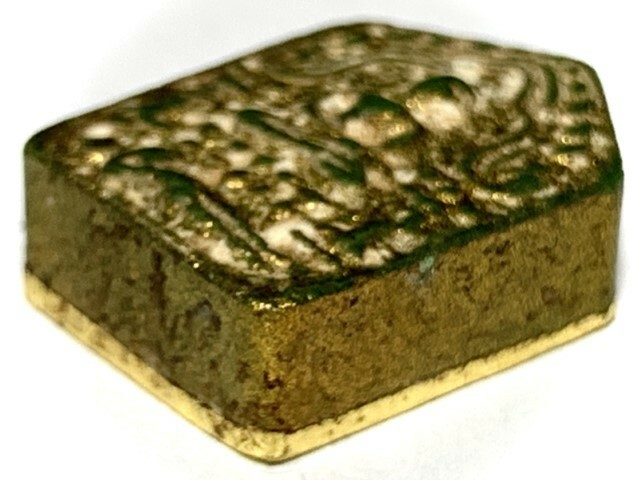 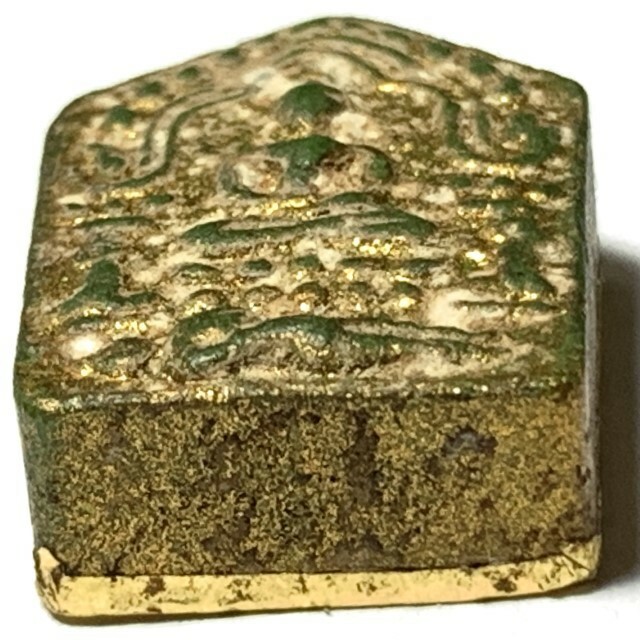 This exhibit is a perfect reference study exhibit for the study of Nuea Khiaw green colored Muan Sarn, and an absolute pleasure to peruse under the eye loupe. The amulet is a perfect and authentic study material, to train the eyes as to the appearance of the Muan Sarn and Surface textures of the Classic amulets of Luang Phu Tim. Hence, the amulet is also a perfect 'Ongk Kroo' reference study material for students of the Pantheon, and will increase your chances of spotting an essential rarity at the right price, and without danger of risking a fakery. In addition, this amulet being a 2nd prize winning amulet, it is is of course even more the desire of any true aficionado of amulets. This exhibit is an extremely desirable acquisition for any serious collector, and a sure bet for those who may wish to continue entering this amulet in further competitions, to gain more prizes and trophies. As a sacred amulet of magical power, the amulet is however in our opinion, most attractive for the auspicious blessings of Luang Phu, that it will bestow upon its wearer. 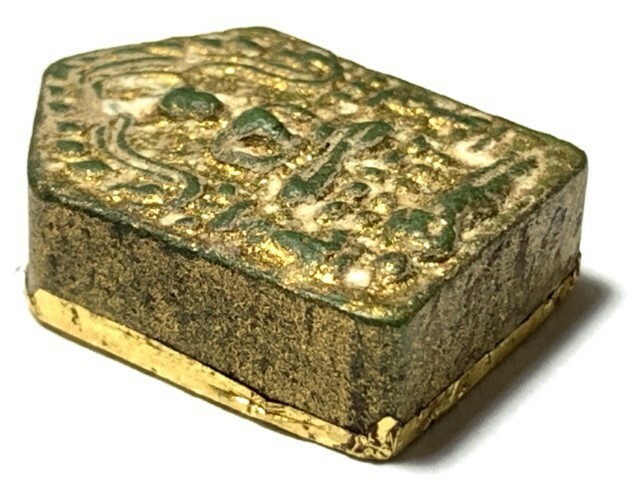 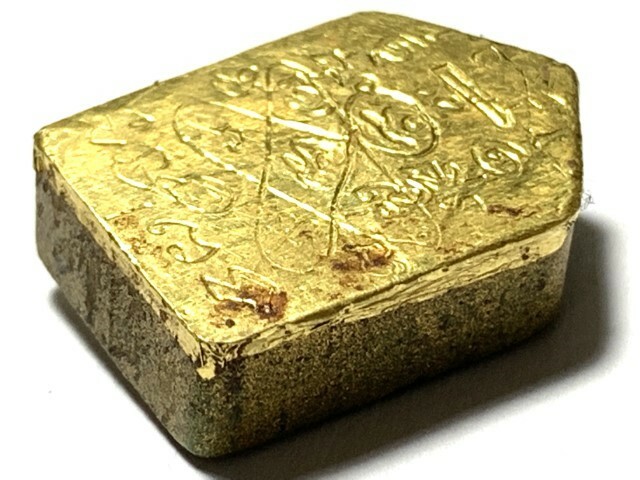 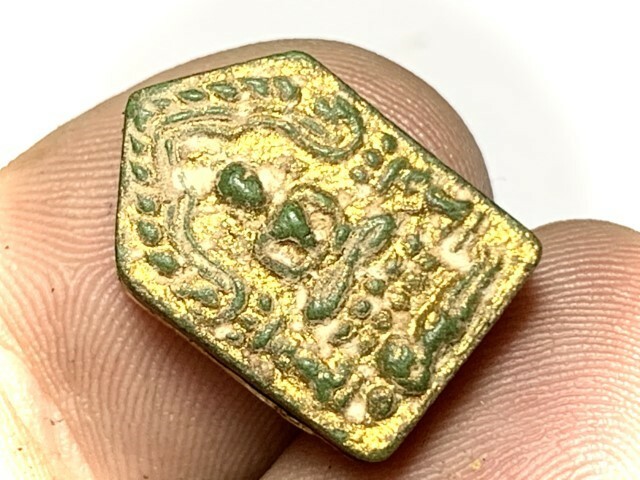 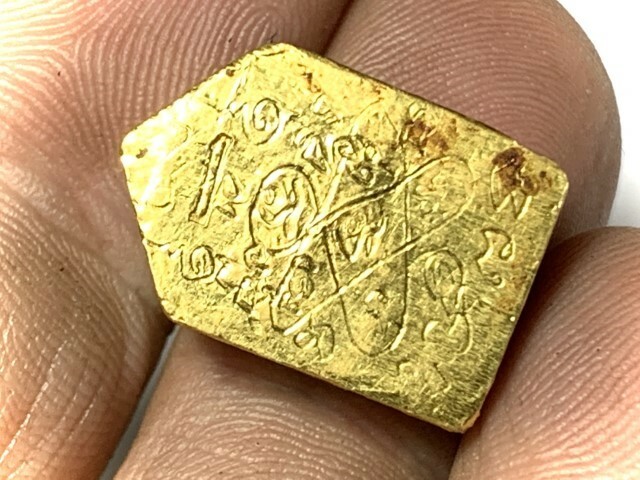 They would receive the ceremonial ritual liberation of their souls from Luang Phu Tim, who would speak with the spirits of the dead to receive their acknowledgement for the process of transformation through the Nibbana Sutra, and the Muan Sarn would then be prepared according to the Dtamra Saiyasart of Necromancy, to make the Pong Prai Kumarn. Luang Phu instructed his apprentices and the relatives of the Funerals to take care not to incinerate the whole skeleton, but to keep the skulls to bring to Luang Phu to use them for the making of the Pong Prai Kumarn. This is one of the reasons why his Pong Prai Kumarn is so powerful, because it does not contain the skeleton bone powders, rather, only those of the skulls. 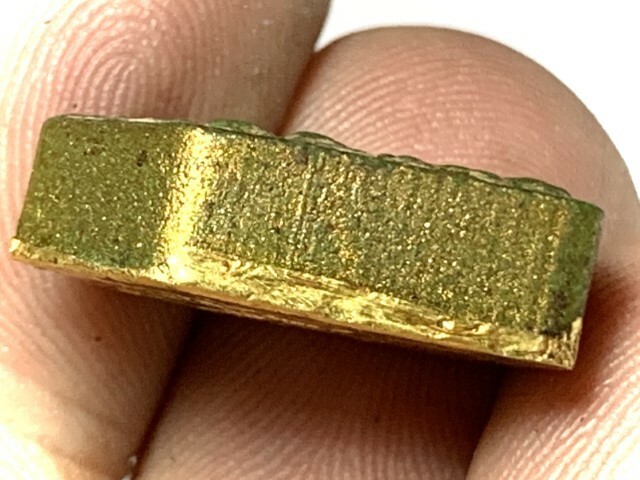 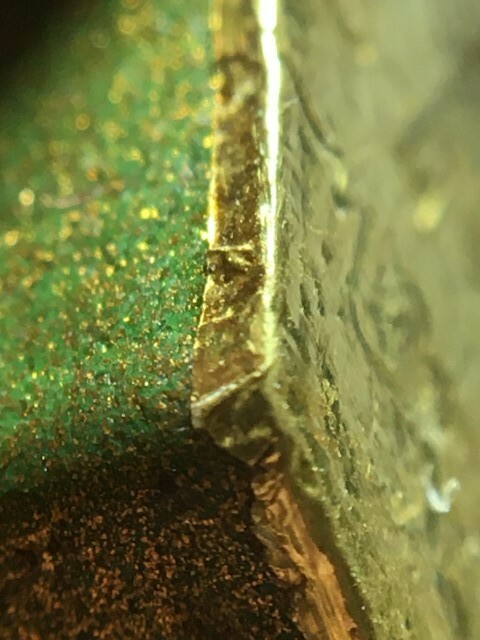 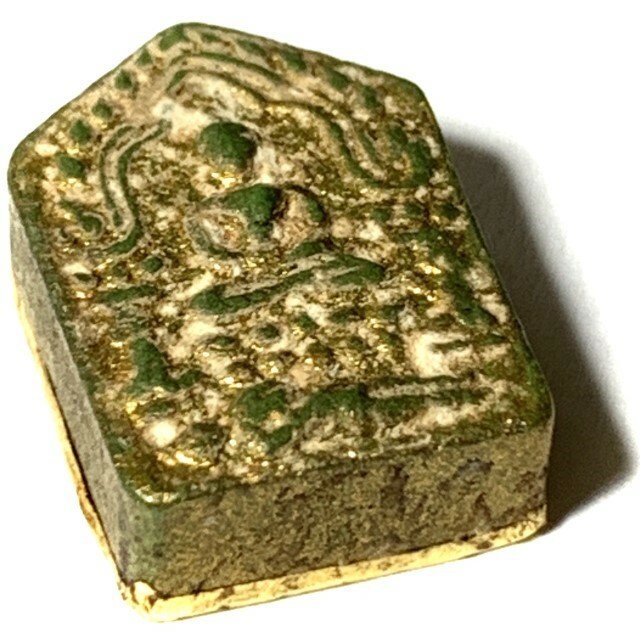 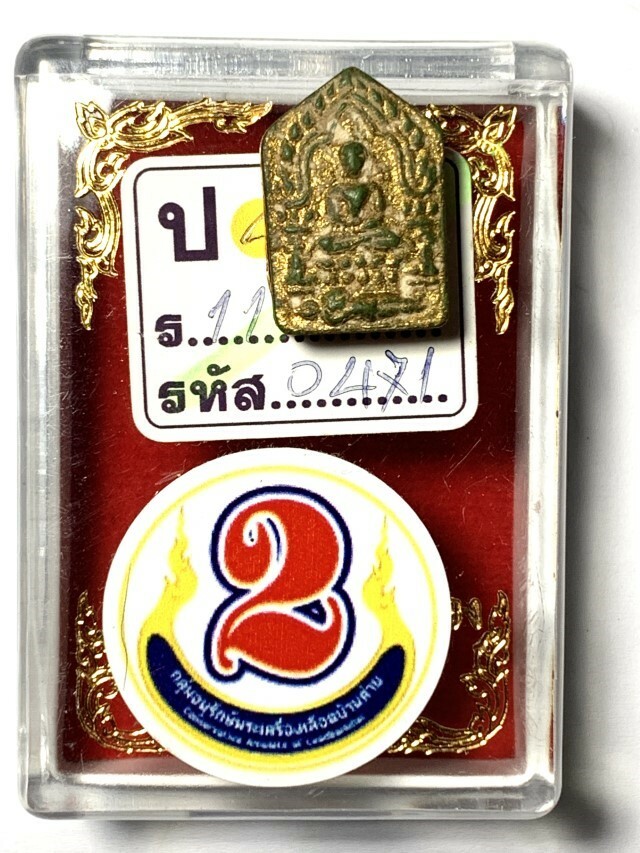 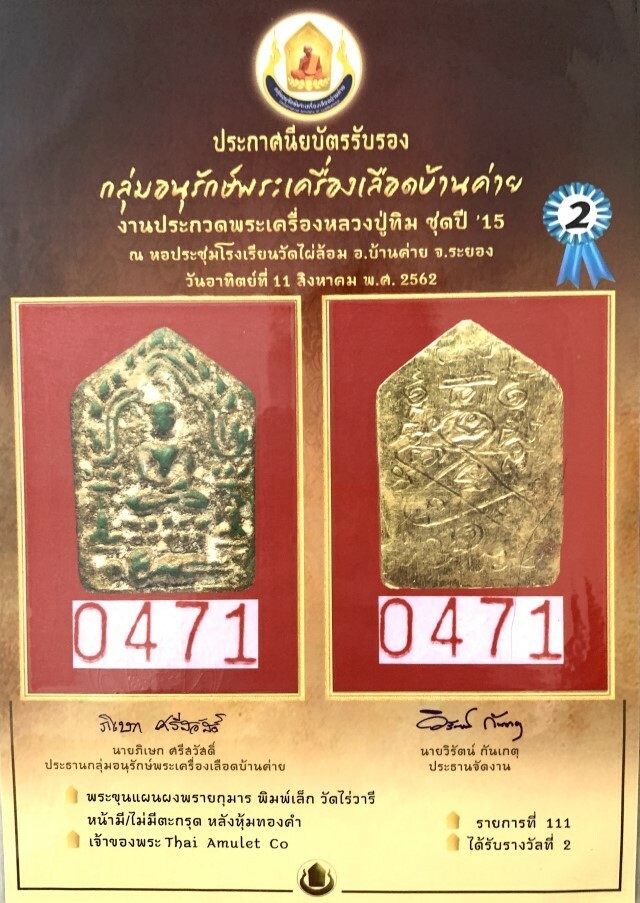