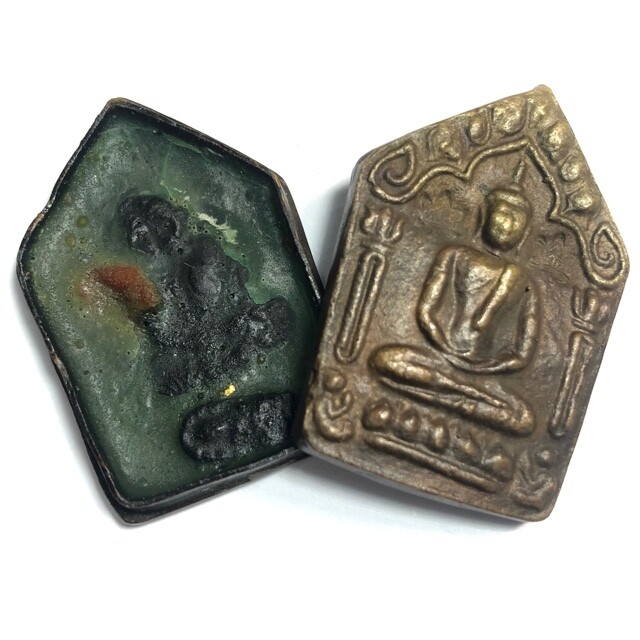 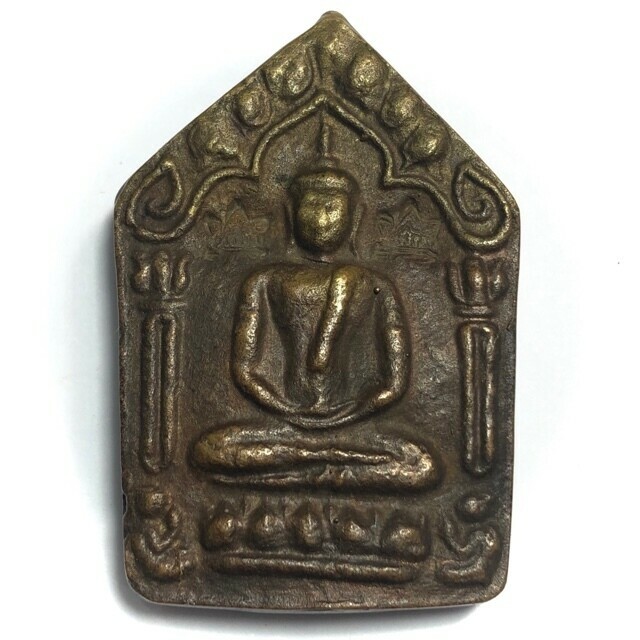 Free Fed-Ex/DHL/EMS Shipping Worldwide is Included in the Price with this Item, along with some free encasement options, for indeed, despite being a See Pheung Potion Lid, it is also a Pra Khun Phaen amulet, and can be encased just like any other amulet if desired, as seen in the below example image. 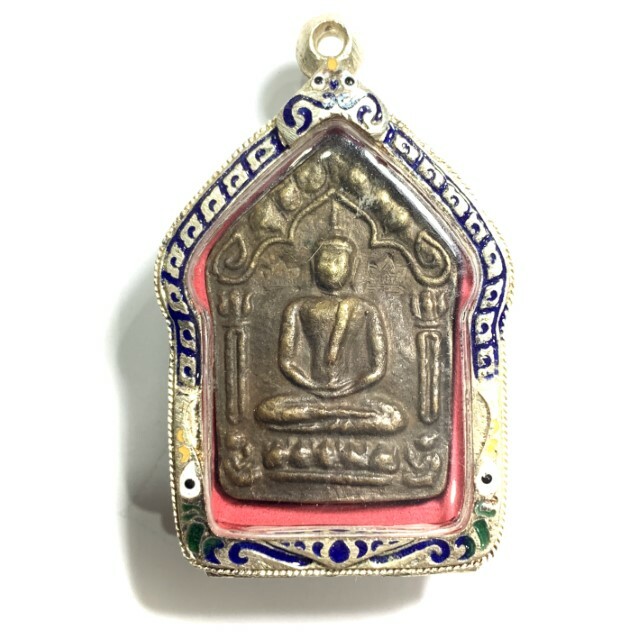 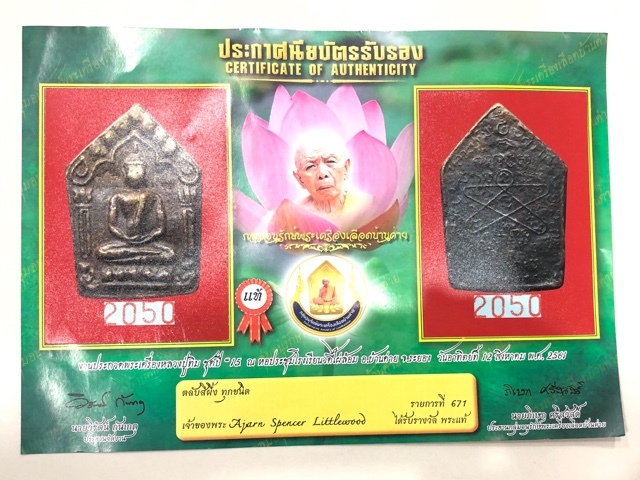 The Dtalab See Pheung, is cast in the form of the Pra Khun Phaen Prai Kumarn amulet, with the lid of the amulet having the image of Pra Khun Phaen, and the base (rear face), bearing the Sacred Yant Ha (Yant Grabong Khwai), of Luang Phu Tim.

Below; 2 Code Sala stamps on the upper portion of the Khun Phaen on the Lid of the Potion Pot (Dtalab) 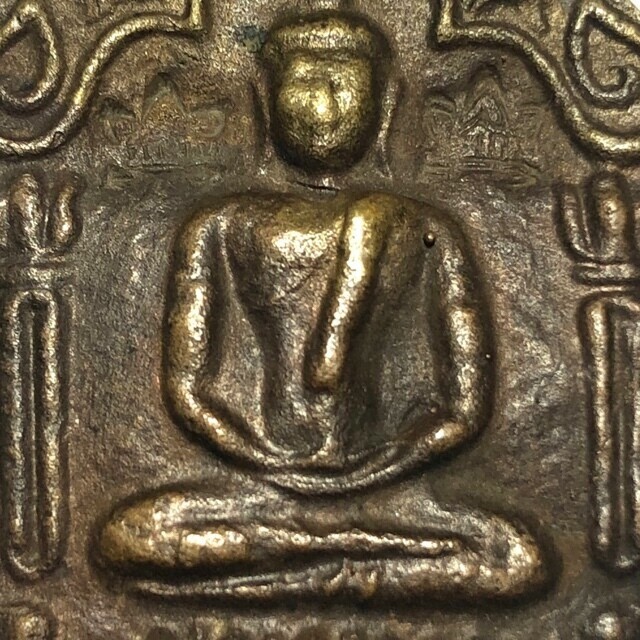 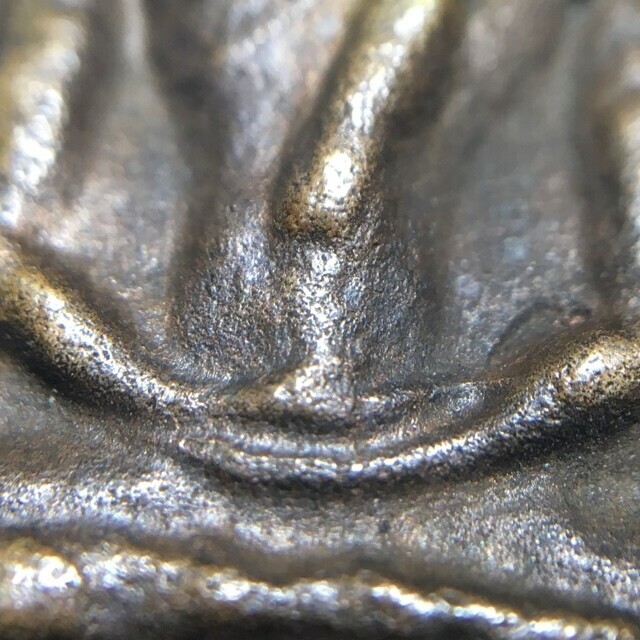 Below; The Pra Prok Joy Nakprok Buddha, Jivara Robe, and an 'Roop Muean Bpam' image of the Great Monk Luang Phu Tim can be seen embedded within the sacred muan sarn of the waxy green Prai Oil potion. 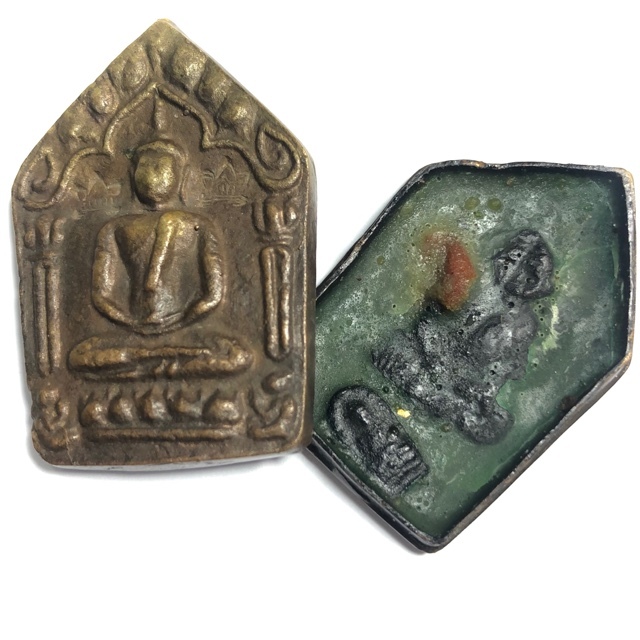 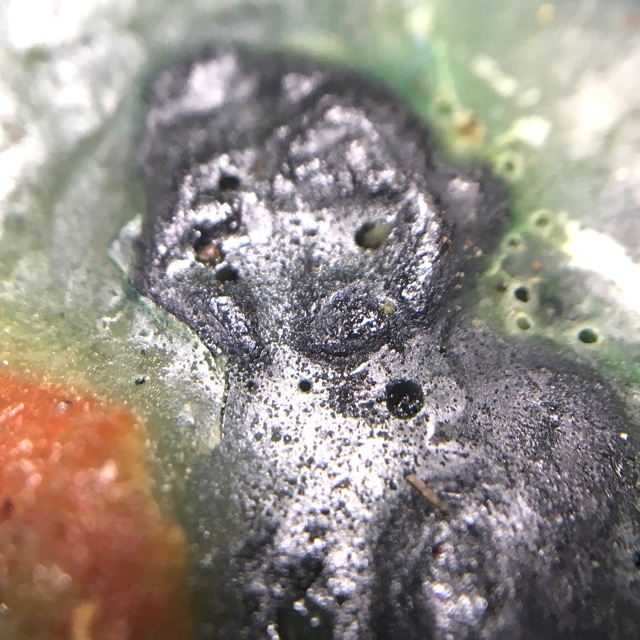 This rare Pra Khun Phaen amulet containing See Pheung, is a Pristinely kept exhibit. The metallic lid of the pot is cast in the form of an all time Pra Niyom Master Class Amulet of the High End Category, the Pra Khun Phaen Prai Kumarn Pim Yai amulet of Luang Phu Tim, of Wat Laharn Rai, and has double code Sala Stamps on the front face/lid of the amulet. This item can be carried on one's person, or placed on the altar for Bucha, or even have it encased and framed, to wear as an amulet, with the potion hidden and sealed inside. 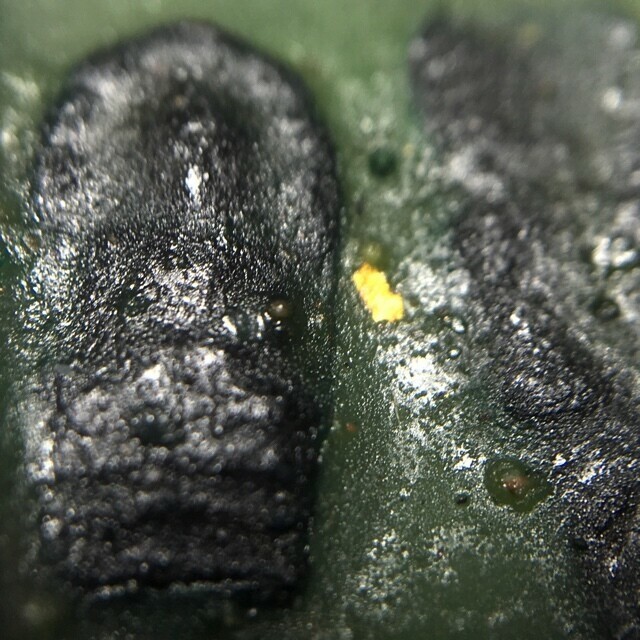 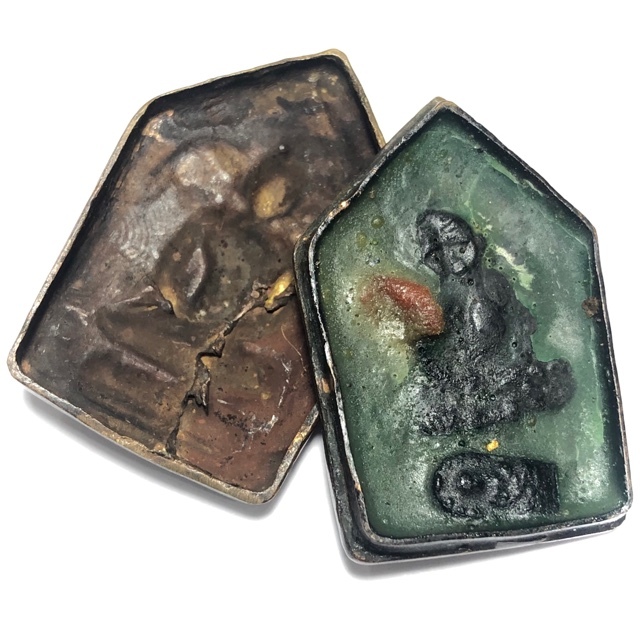 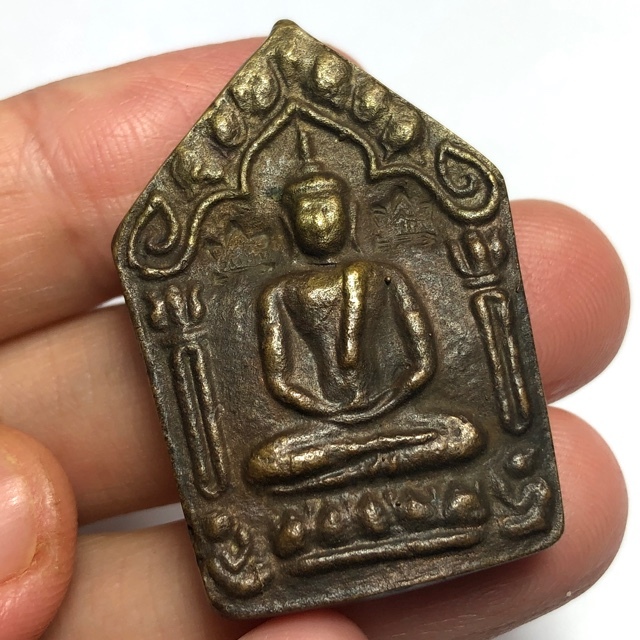 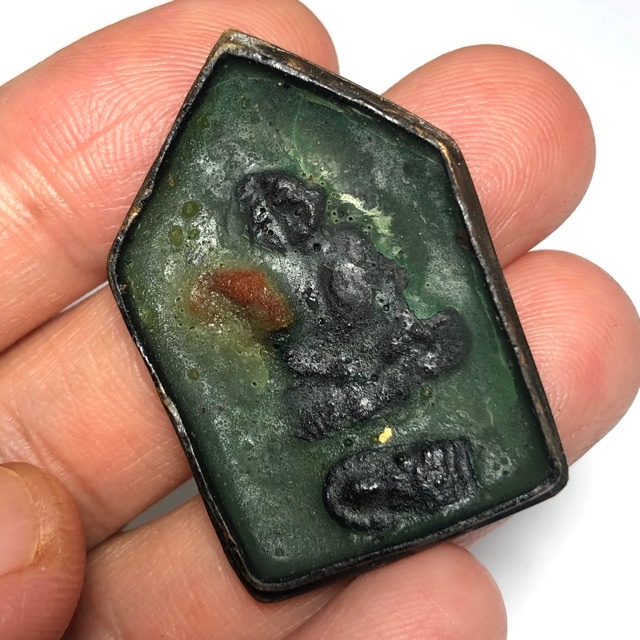 The Sacredness of the Pra Khun Phaen Prai Kumarn is legendary and unquestioned in Thailand, and its magical power is commonly accepted by all. Luang Phu Tim is considered to have been amongst the most powerful Monks to empower amulets in his time, and in recorded history. Such an exhibit as this which incorporates both the metallic image of Pra Khun Phaen, which doubles as a container for See Pheung Khiaw Prai Oil Potion with a piece of the robes of Luang Phu Tim, an Image of the Guru, and a Prok Joy amulet inserted, is an incredibly rare and Sacred item to encounter. 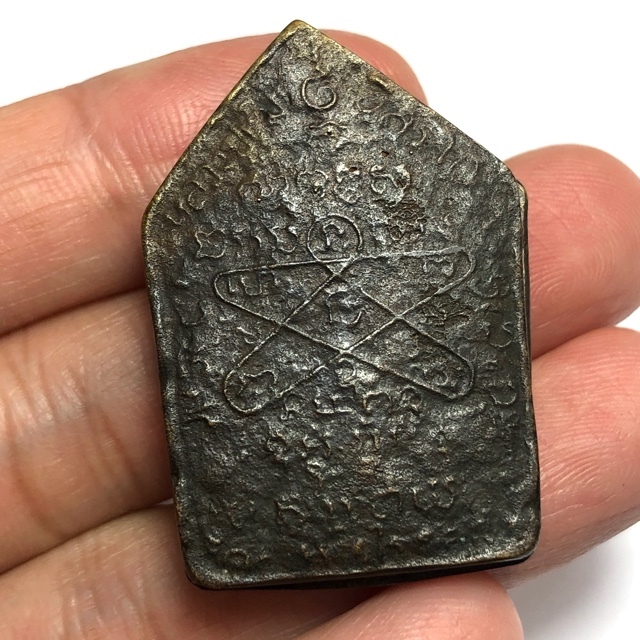 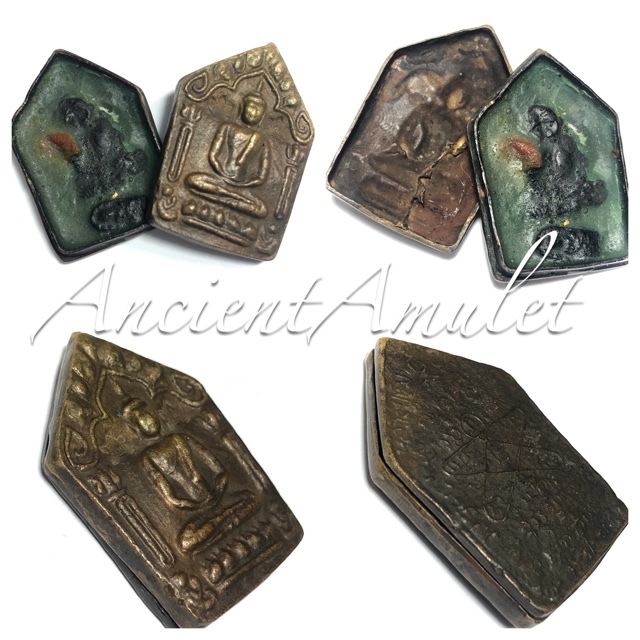 Luang Phu Tim Issarigo, is of course not only one of the most highly acclaimed and sought after Guru Monks for his amulets, he is the holder of the highest esteem in Thai Buddhist amulet history for Pong Prai Kumarn powders. Luang Phu Tim, is Internationally Acclaimed, for his famous Pra Khun Phaen Pong Prai Kumarn, and Look Om powder balls. As to the classic 'Rian' type coin image amulets which have become all time favourites, and eternally, world famous classic amulets of the high end variety. 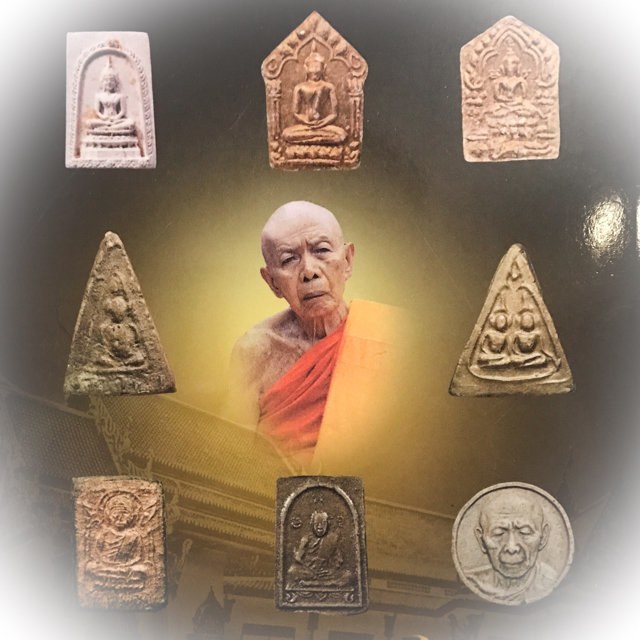 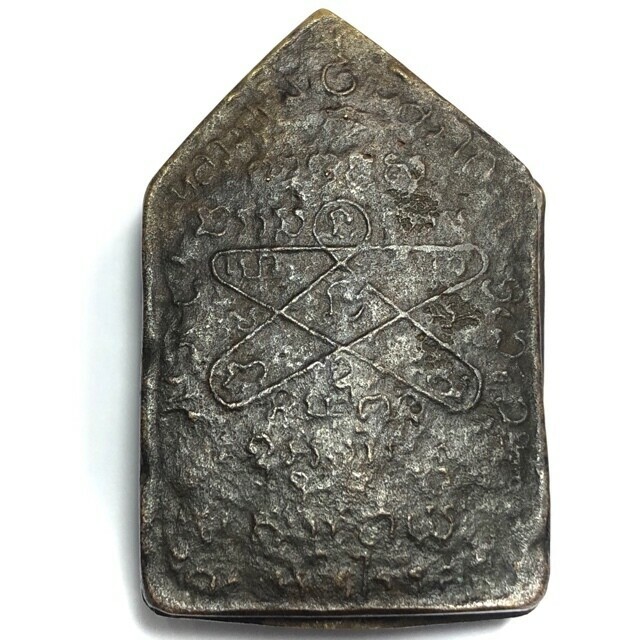 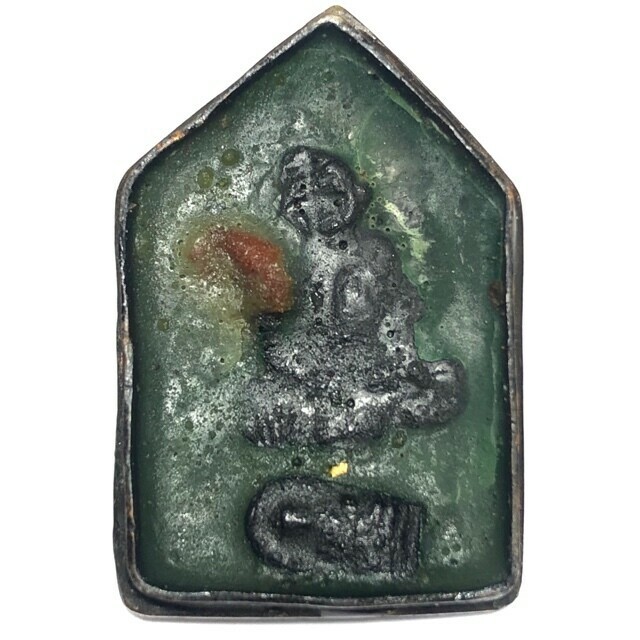 Being empowered by both Masters, the See Pheung is an immensely important aspect of why this particular special form of Khun Phaen amulet of Luang Phu Tim is especially powerful, and rare to encounter, for its high popularity, and the very few people who know of its existence being extremely possessive of this amulet, hardly ever wishing to part with it. 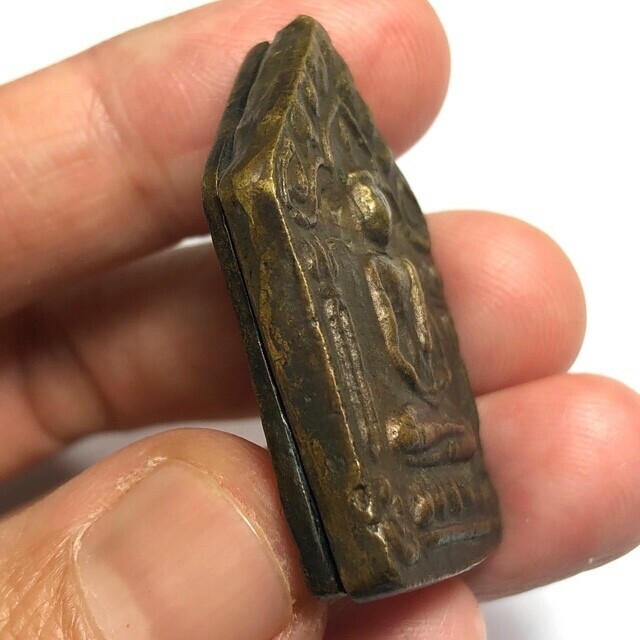 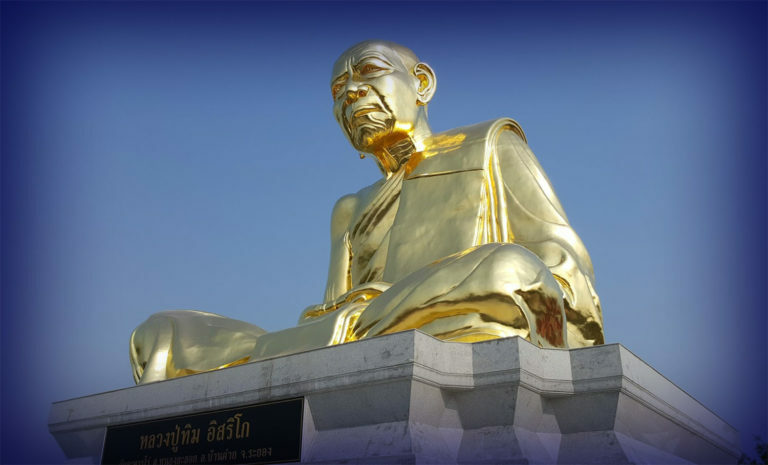 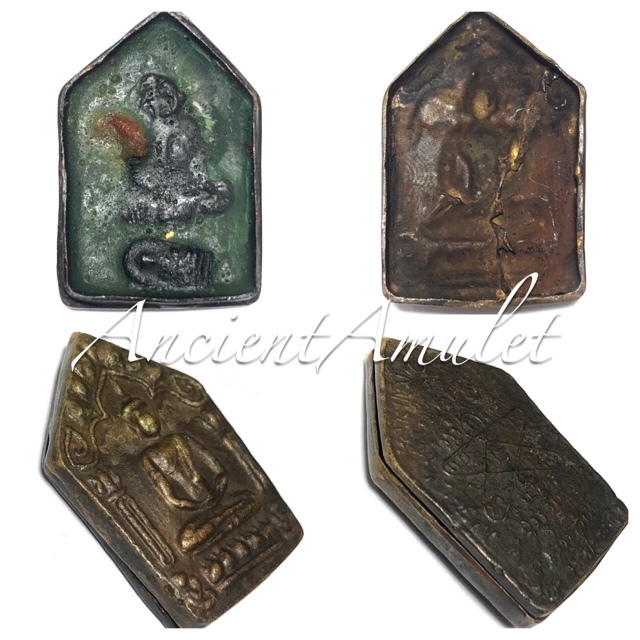 Kata for calling Khun Phaen, and other Prai Kumarn amulets