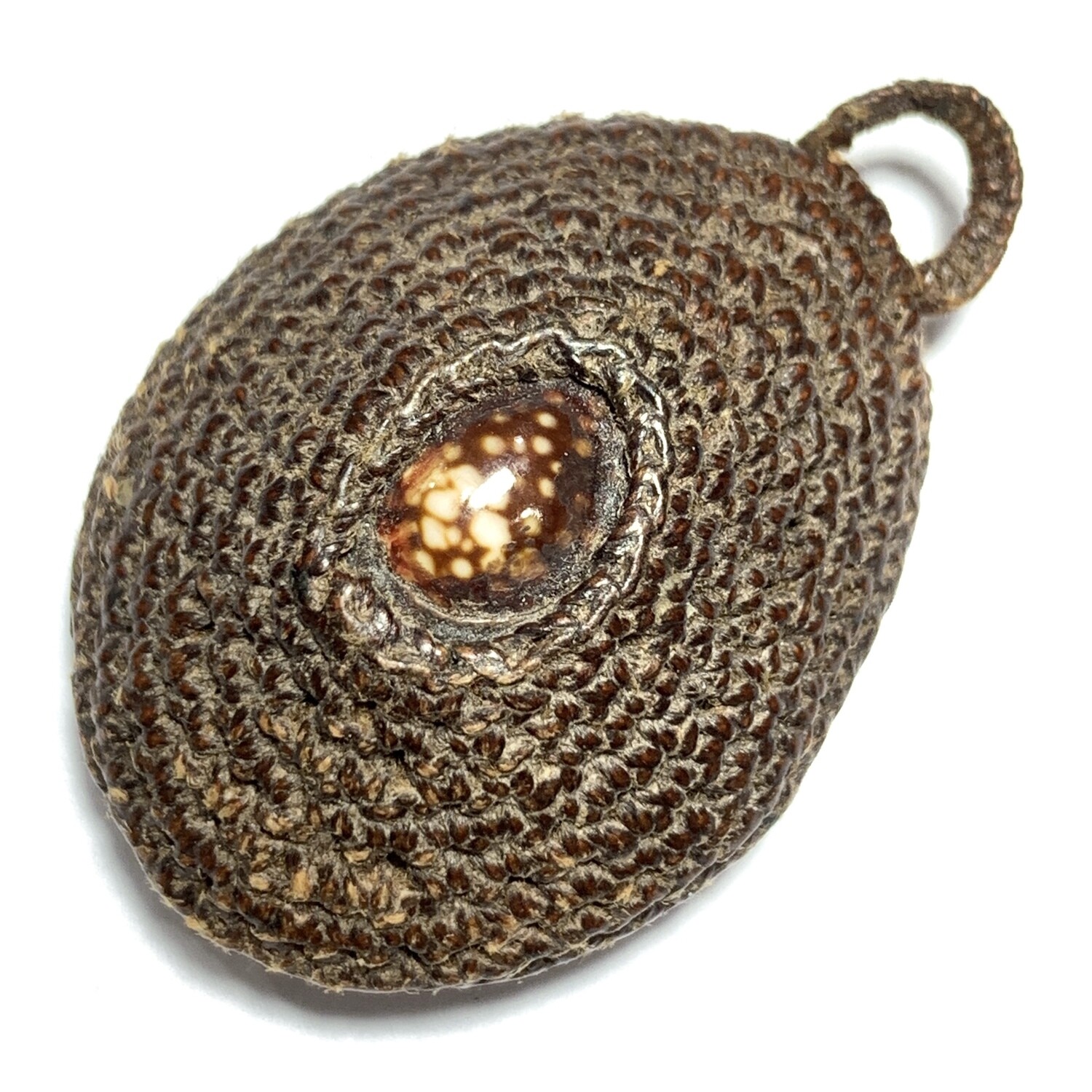 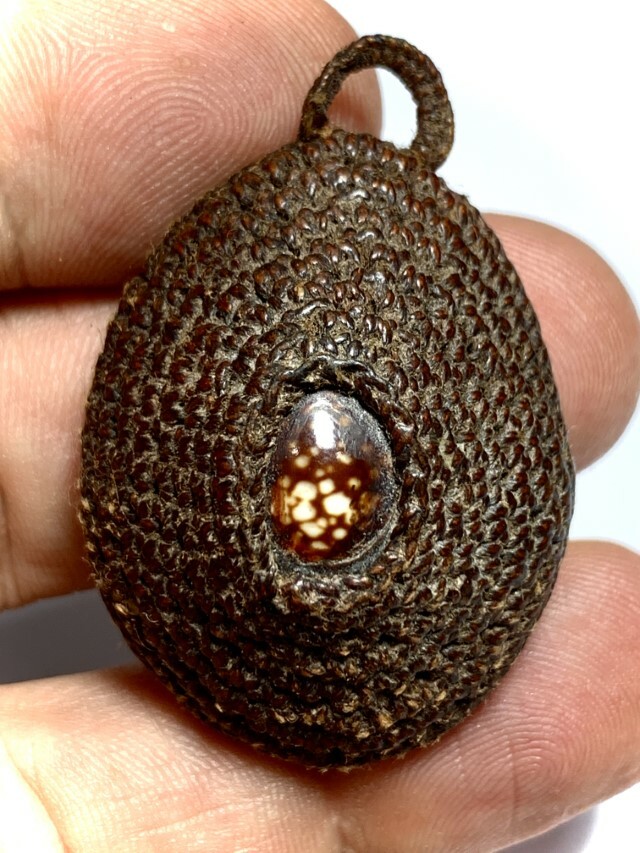 Free EMS Express Airmail Shipping Wiorldwide is Included. Ancient Bia Gae Cowrie Shell Cord Bound amulet, of the Great Luang Por Tat, of Wat Karuhabodee, (first apprentice of Luang Phu Rod of Wat Nai Rong). This exhibit is a perfect 'Dtua Kroo' example for examination, for it possesses all the necessary facets and aspects of authenticity for students to examine and train the eyes with, and is hence not only a powerful amulet of immense repute, but also, most certainly a Dtua Kroo (Teacher Exhibit for Reference Study). 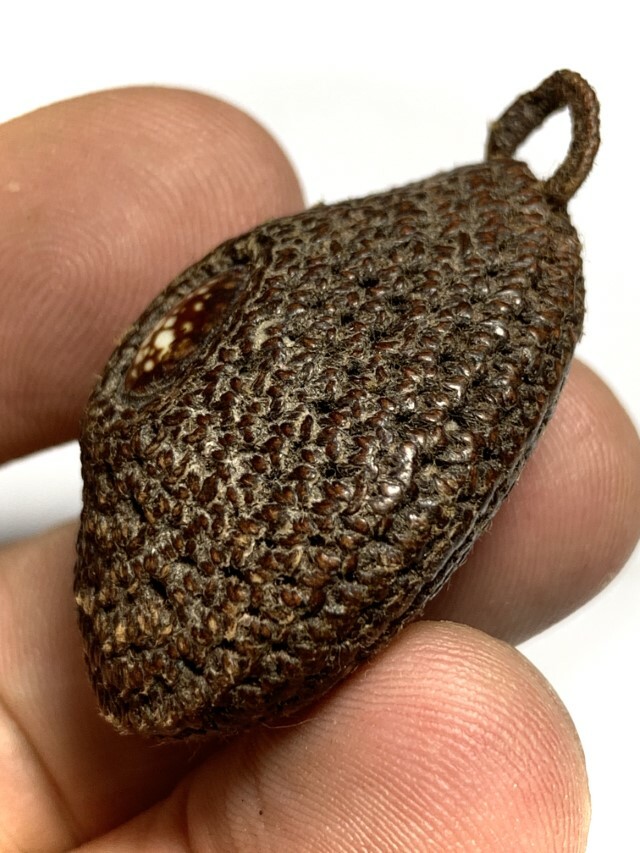 Luang Por Tat Intachoto was the 7th Abbot of Wat Karuhabodee temple in Bang Yee Chan in Bang Plad (Now part of Bangkok, then still countryside). He was ordained by the Great Luang Phu Rod of Wat Nai Roeng. 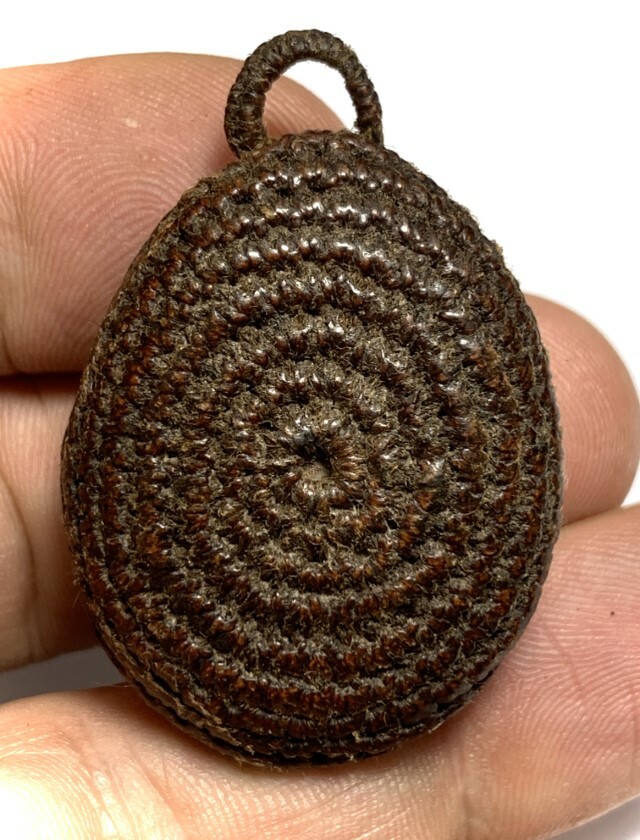 Luang Por Tat became the first apprentice in Wicha Saiyawaet and Puttasart Occult Magic and Buddha Magic to Luang Phu Rod, especially the Wicha Bia Gae, which was his first and foremost Wicha. He developed his methods of sorcery so far as to equal those of his Kroo Ba Ajarn Luang Phu Rod, and became equally recognised for his powerful Bia Gae amulets. 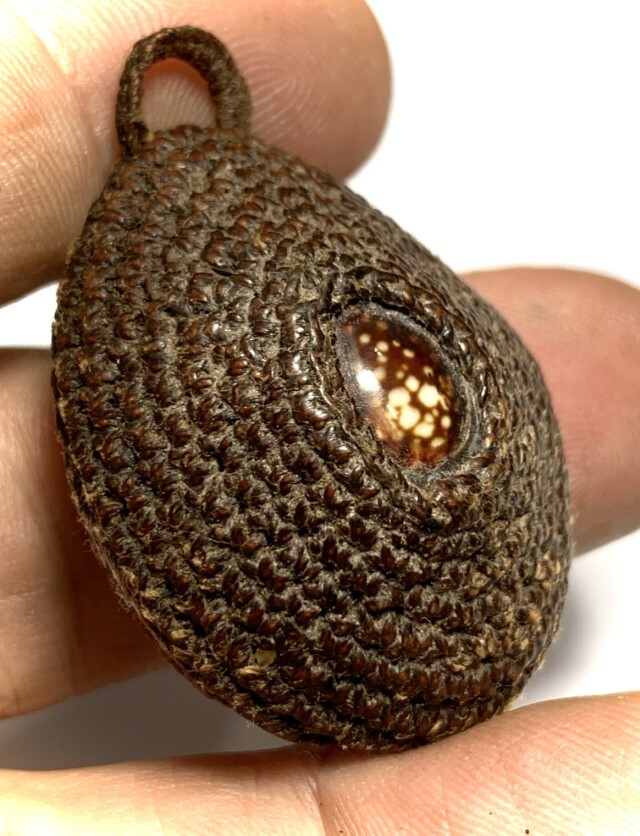 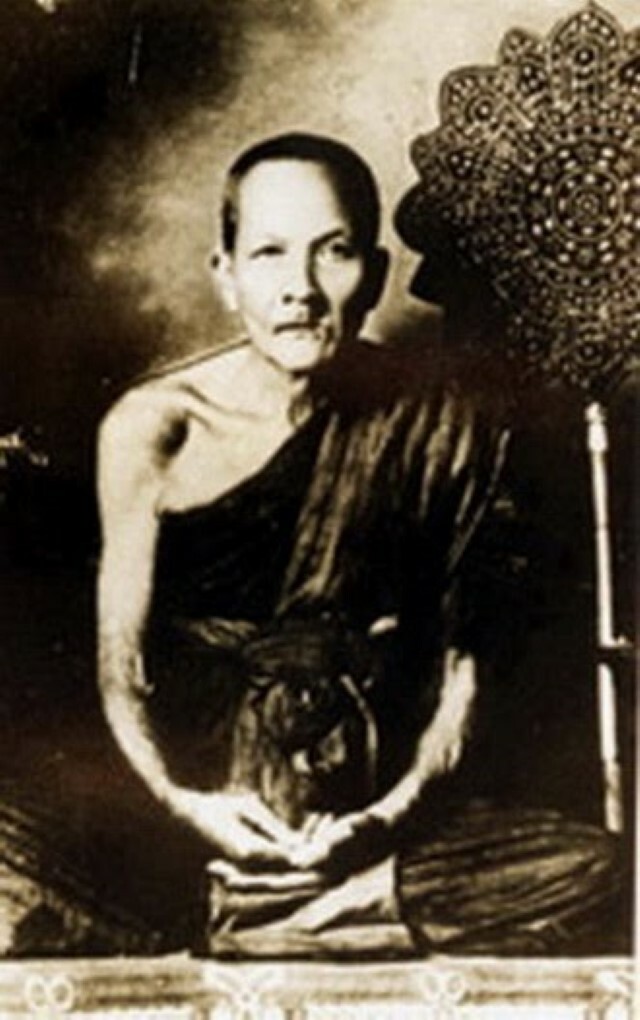 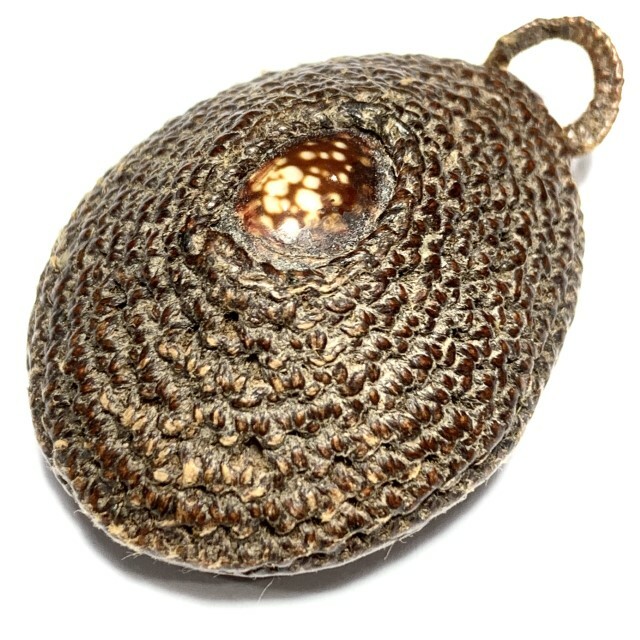 The Bia Gae of Luang Phu Rod and Luang Por Tat, are considered among the legendary Talismanic Charms of Historical fame, and classed among the members of the 'Benjapakee' Top 5 Bia Gae amulets of all time, along with LP Bun, LP Kam, LP Perm and LP Pak. 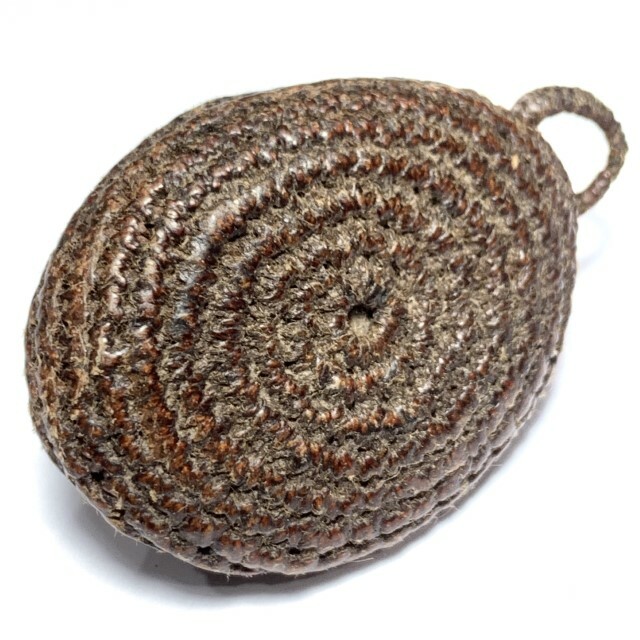 He distributed them to his devotees constantly throughout his trajhectory, which resulted in many tales of success, miraculous ending of indebtment, lucky windfalls, and wondrous tales of lifesaving miracles from those who wore them. 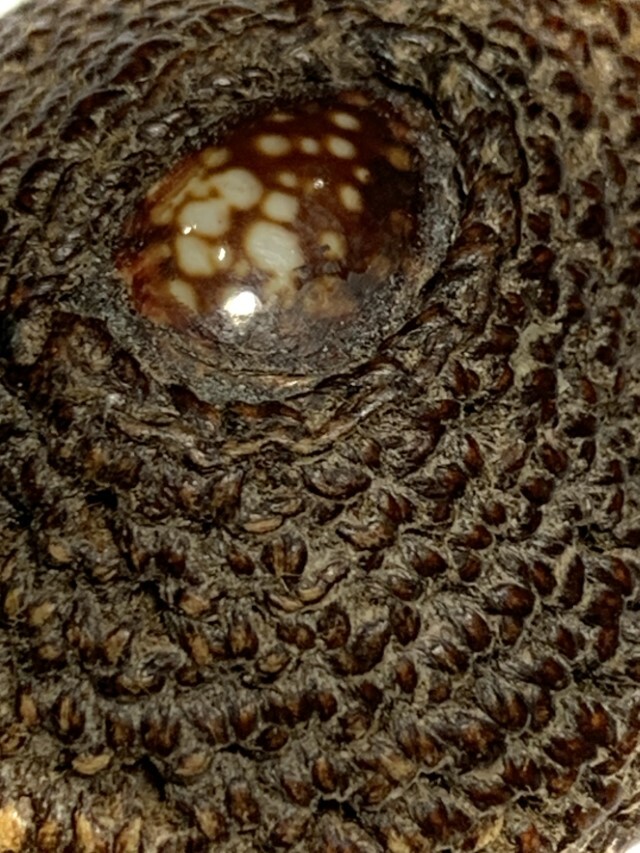 This caused Luang Por Tat's Bia Gae to become renowned around the whole nation, and eventially his fame and popularity spread devotees in other South East Asian countries, especially with those who were seekers of powerful magic, and serious collectors of authentic magical amulets of authentic Masters of Old. 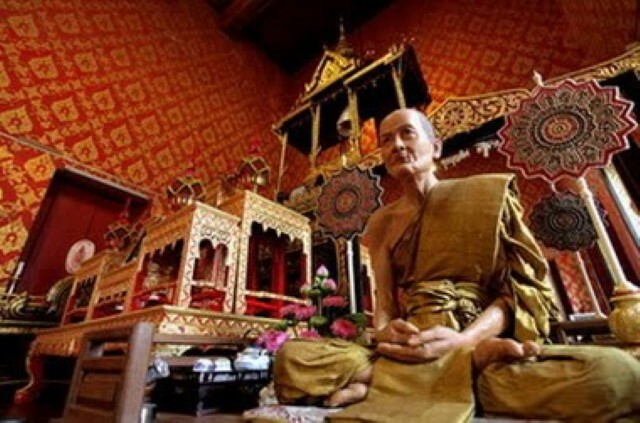 When Luang Por Tat passed away (exact Date Unknown), the Wicha had already been passed down to his own apprentice Luang Phu Ploi, who also made many Bia Gae during his trajectory onwards after LP Tat, until the year 2491, when Luang Por PLoi made his last edition, and decided to leave Wat Karuhabodee, and passed the secrets of the Wicha of LP Tat on, to reside within the Grimoires of the temple of Wat Karuhabodee. 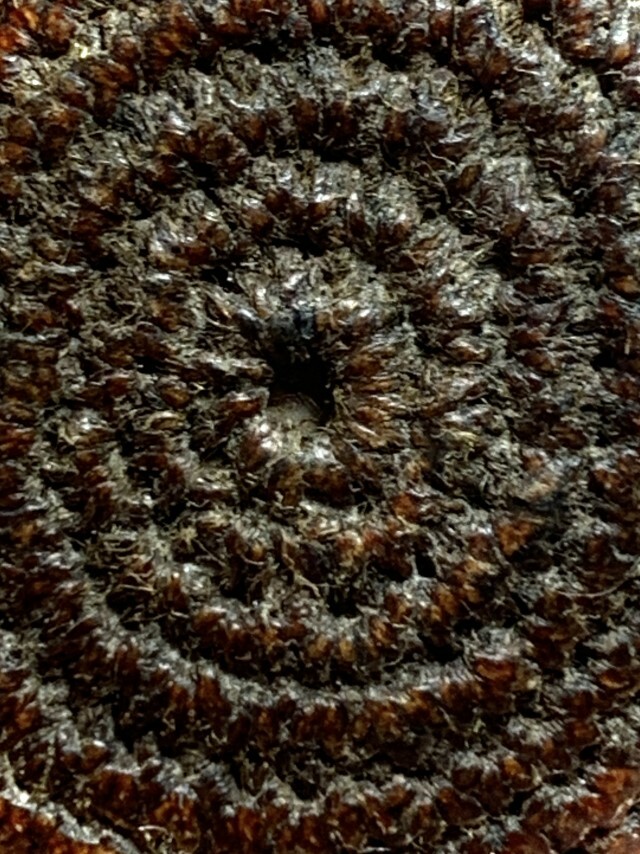 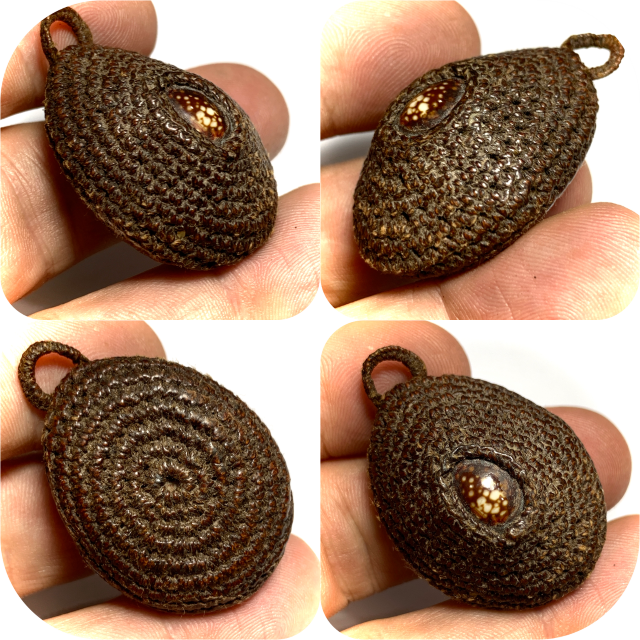 The Bia Gae of Luang Por Tat (and his Looksit LP Ploi) are said to be highly powerful protectors against black magic and poisonous animals, and to evade debts, and attract wealth, as well as for their evasive and protective powers, and the power to heal. 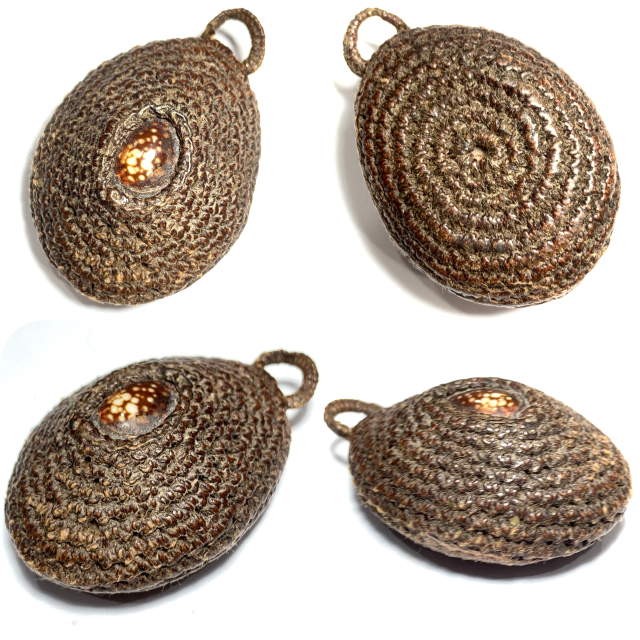