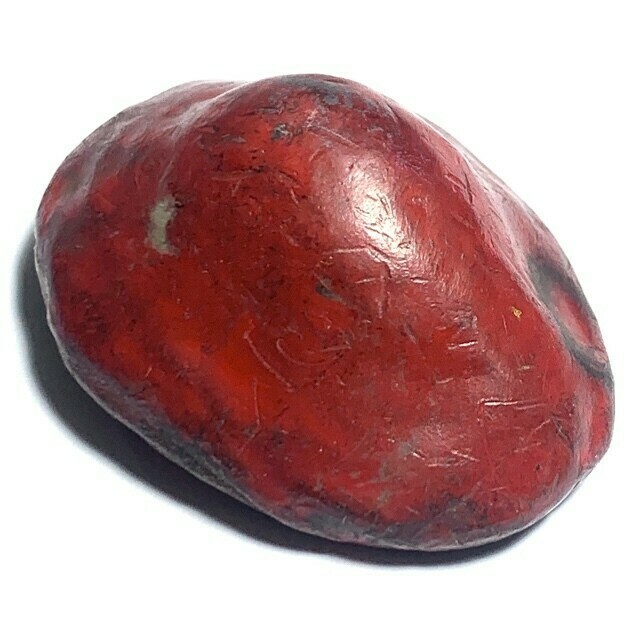 A very early era exhibit, covered with Takua alchemical leaden Yantra Foil, coated in red lacquer, which is a very rare amulet to see in the present era, along with other versions such as yellow lacquered, gold leaf coated, pure bare lead, cord wrapped, and black lacquered. The Bia Gae amulet has hand inscribed Khom spell inscription of Luang Phu Bun's inimitable Yant Dto. A highly rare to see talismanic animist charm, of the immortally famous Bia Gae Cowrie Shell Alchemical Mercury filled Talismanic Amulet of the Master of this Wicha, the Great Luang Phu Bun, of Wat Klang Bang Gaew. The Bia Gae being perhaps one of the best known and most preferred, and known to be powerful, is an extremely Rare Amulet of the Pra Niyom Master-Class of the Pantheon of Luang Phu Bun, of Wat Klang Bang Gaew, in Nakorn Pathom, especially for its highly recognizable inscription visible ton the surface The Bia Gae is a Cowrie Shell Animist Charm for Healing, Prevention of Poverty, and solution to all problematic obstacles in life, including Black Magick Curse Protection, Wealth Increase to Ward off Poverty, and Good Health. 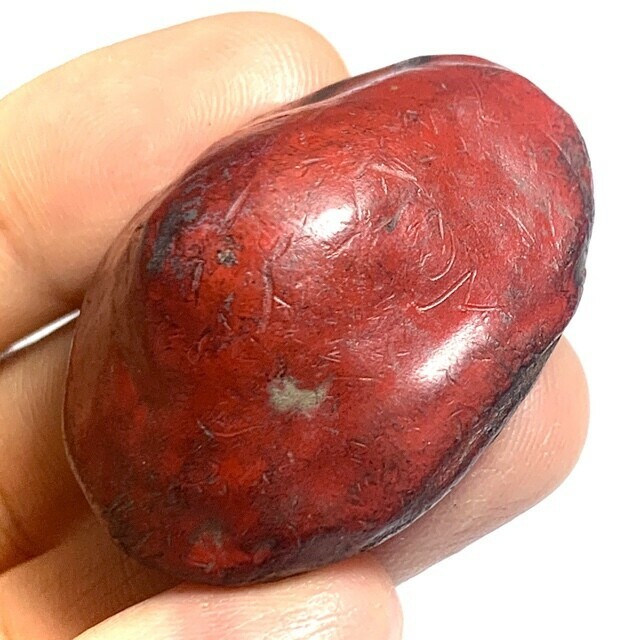 In truth, the Bia Gae helps health in more than just its Sacred Healing magic, for it also Prevents Poverty, allowing us to afford the necessary medicines and healthy lifestyle. Good health can also only be maintained, when one has all the necessary requisites, and in this day and age, money is a daily requisite, and one cannot have good health if attacked by black magick, or sorcerous curses. To use and ensure the effectivity of the Bia, it should be carried with you always and you should speak to it within your heart and connect with it, until you feel one with it. Then you should be able to feel the vibrations, protective or passive stance it takes when others approach. Bia Gae can be used as a magical ritual tool, to make Holy Prayer Water and use the water to wash wounds, and even drink. This is also a good remedy against ‘Ya Sang’ – Black magic curses which have been applied by putting magic into someone’s food, a kind of spiritual ‘blood poisoning’. 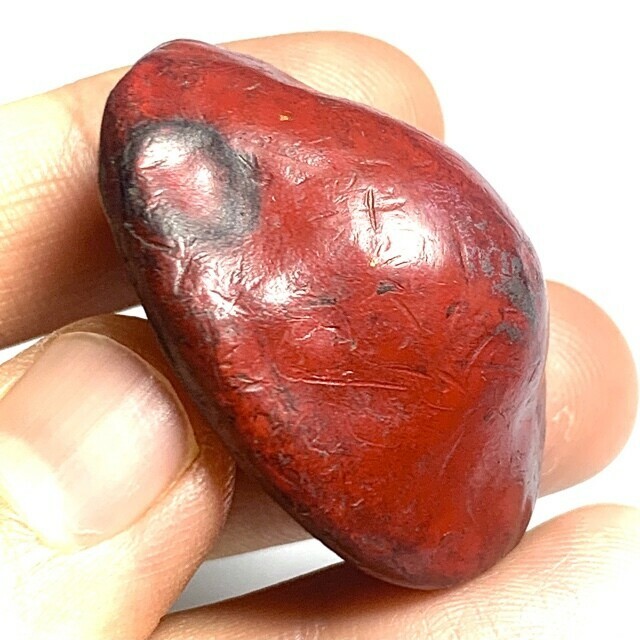 Hence, the Bia Gae works against all obstacles which can slow down your progress. Luang Phu Juea's Bia Gae have become both legendary for their power to bring improvments and increase riches, as well as haveing grown very difficult to obtain due to massive popularity. The Bia Gae Jon (shell for removing poverty), is a very famous type of Thai Buddhist Amulet, for which the temple of Wat Klang bang gaew is known for, with all the last four Abbots being known worldwide for their Wicha Bia Gae. The temple has been famous for this amulet since the ancient times of LP Bun, and continued with his antecesors and apprentice lineage students, LP Perm and Pra Ajarn Bai, then onwards to Luang Phu Juea, and further on after the passing of these generations, to Luang Por Kong Sanya. The Bia Gae of LP Bun and his disciple apprentices have become known as the Bia Gae of the Greatest Masters. 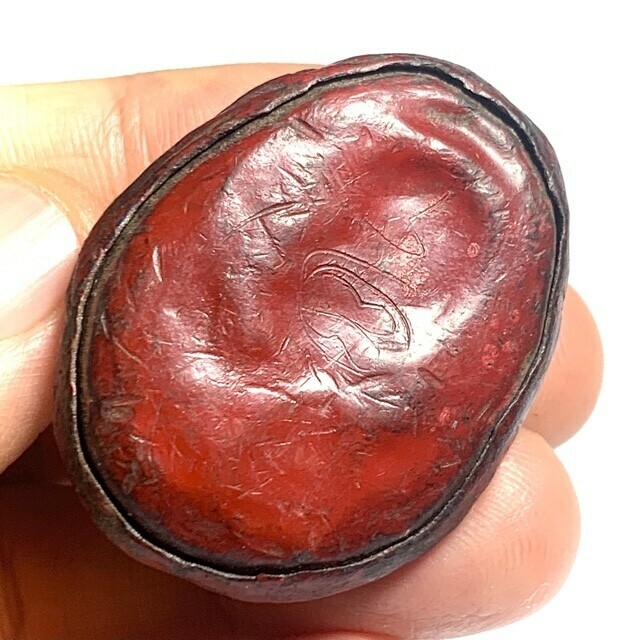 The Bia is at best worn on a waist cord and slid around for different purposes, rather like the Takrut Maha Ruud; Wearing the Bia Gae to the front (on a waist cord or necklace) will protect if entering into battle, war or conflicts. To escape from, evade and protect against Enemies or those who Pursue You, wear the Bia Gae facing to the Back. For Metta and Mercy from Superiors, Job interviews, or Legal cases, wear to the right flank. For Maha Sanaeh Charm and Enchantment to charm Lovers and be convincing in Business Talks, wear the Bia Gae to the left flank. 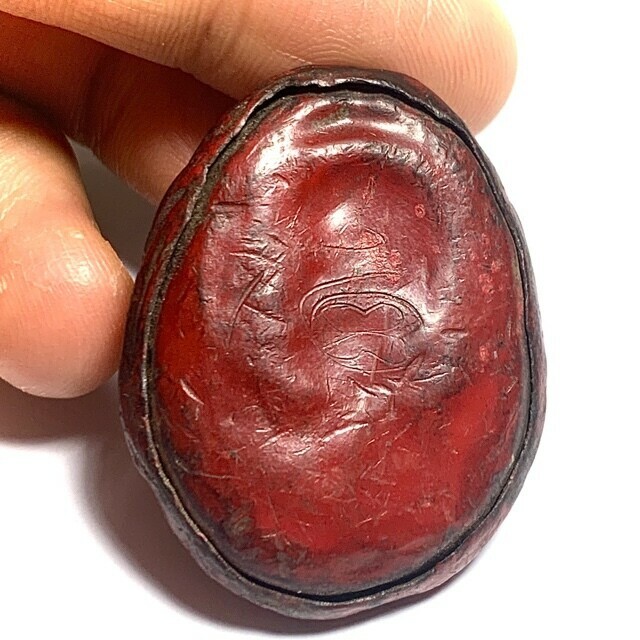 Free Express Airmail Shipping Worldwide is Included with this amulet. Luang Phu Bun was one of the Top Master Guru Monks of Thai Buddhist History in both Patipata (Dhamma Practice), as well as for his Magical Prowess in Amulet making, Puttasart, and Saiyasart (Occult Sorcery and Buddha Magic). Luang Phu Bun's amulets, grace the pages of almost every famous catalog and amulet magazine in the High End Collector Publications, and are among the highest priced ranging from many hundreds of dollars for the most commonly found amulets, to hundreds of thousands of dollars for his rarest amulets. A Centenarian Amulet of Immense Value for the Sacred Powerful Blessings of the Great LP Bun, and Rarity as an Ancient Amulet of Master-Class Status, as well as for being a masterpiece of antique magical heritage and Buddhist Historic importance. 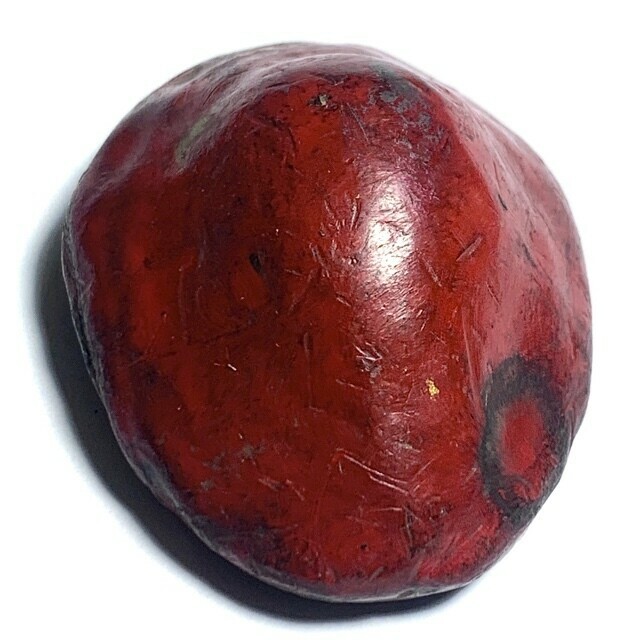 Luang Phu Bun was a close friend and accomplice in Wicha with the Great Somdej Pra Sangkarach (Pae) of Wat Sutat, whose amulets belong to the priceless treasures category, and are only to be found in the possession of millionaires, and high ranking persons of state importance. Otherwise. the rest mostly reside with a few lucky extreme collectors and devotees, who have kept them throughout the generations, or inherited them as heirlooms from their family members. Almost anybody who owns such an amulet, will be hard pressed to part with it in any circumstances. 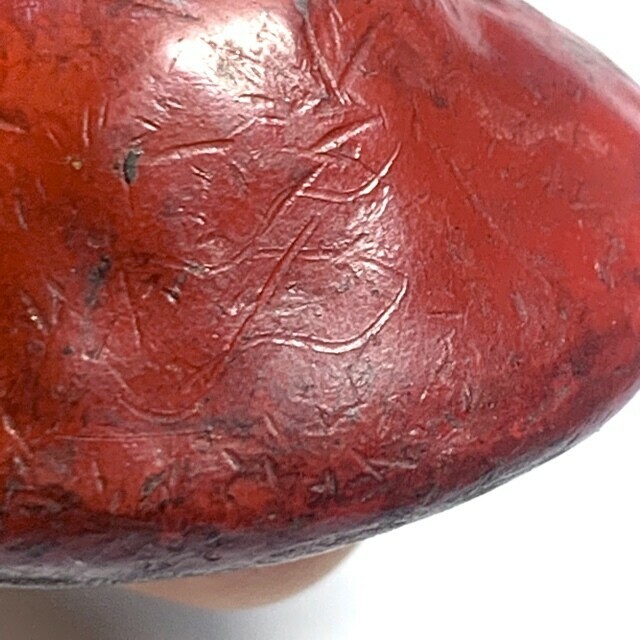 The famous Pong Ya Wasana Jinda Manee, and Pong Khamin Sek Muan Sarn Powders of Luang Phu Bun (also known as 'Pra Ya Horm'), carry legendary status for their immensely powerful magical properties. These are two very Sacred Powders within the Dtamra, with Pong Khamin Sek having a pungent aroma, with Powers of Protection and Wealth Increase, and the legendary Pong Ya Wasana Jinda Manee having an aromatic Sacred Powder, which uses of course the famous 'Ya Wasana ('Wasana' meaning Lucky Fortunes). Ya Wasana Jinda Manee, and Khamin Sek Sacred Cumin powders, are the most famous Muan Sarn of Luang Phu Bun, and have become his Legendary 'Dtamra' (Traditonal Legend of Inheritance Wicha). 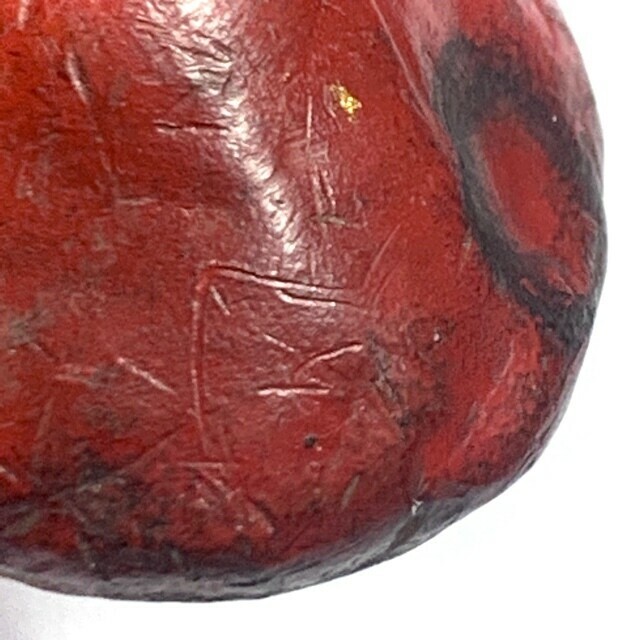 The Wicha of Ya Wasana Jinda Manee was developed by Luang Phu from an Ancient Teaching through his Kroo Ba Ajarn, and has since his making the Muan Sarn famously powerful, has been inherited as a Wicha of Muan Sarn powder making for the amulets of the Wat Klang Bang Gaew lineage throughout the ages from Luang Phu Bun, to Luang Por Perm, to Pra Ajarn Bai, to Luang Phu Juea, and now the present holder of Luang Phu's now ancient Wicha, Luang Por Kong (Sanya), one of the senior monks of Wat Klang Bang Gaew. 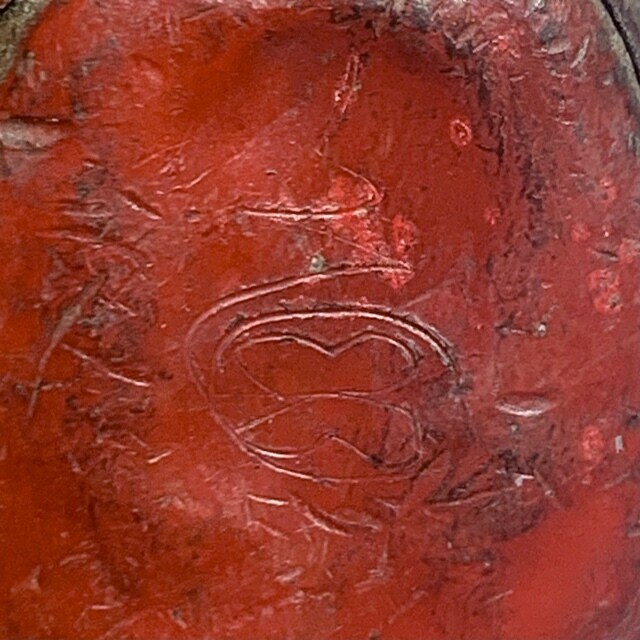 We can see that LP Sanya now holds a Wicha that has been passed through three already Great and Famous Guru Masters who have inherited this Wicha from Luang Phu Bun, through Ajarn Bai and Luang Phu Perm, to Luang Phu Juea, who have all now passed away, after their long lives and trajectory. We are hence looking at the amulet of a Master who is already 4 generations of Abbots the predecessor to the current Abbot of Wat Klang Bang Gaew, making his amulets truly worthy of the title 'Ancient'. 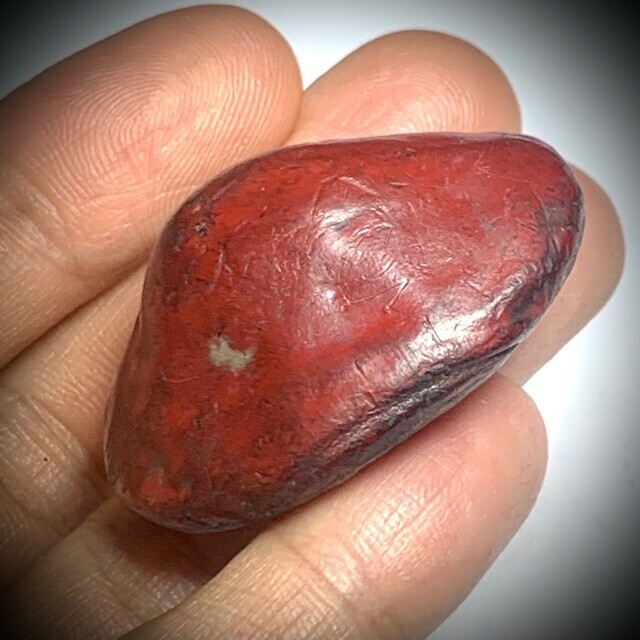 The amulets of Luang Phu Bun are famous for their immense Klaew Klaad and Metta Mahaniyom Powers and their Power of 'Serm Duang' (improve fate and destiny). The Ya Wasana Jinda Manee Sacred Muan Sarn powders are hence the most popular Muan Sarn ingredient of all his different amulets, and the preferred substance of all, for the fact that they seem to improve success in life and protect with immensely good results. It is said that he who revers the Amulets of Luang Phu Bun, will never be penniless or poor, and will never make a loss in business but will always profit. 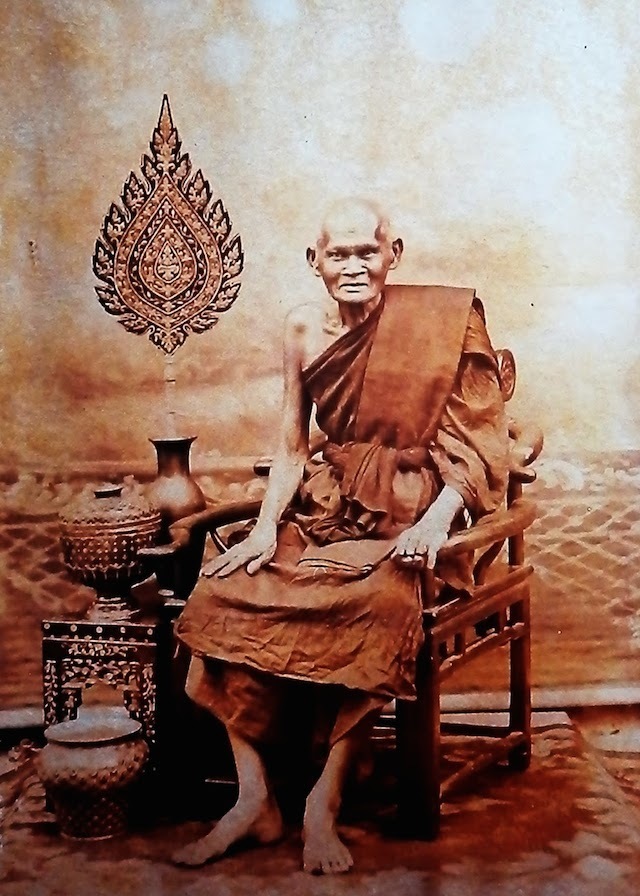 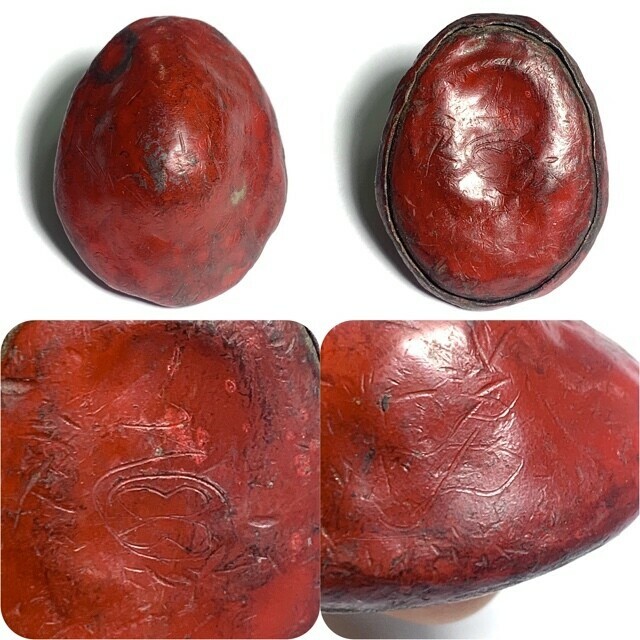